Only just brought into use and already awarded a prize! On 24 June 2016 Agaathhof was voted the winner of the Grote Groninger Gebouwenenquête. Jurjen van der Meer and Tjeerd Jellema accepted the prize on behalf of De Zwarte Hond during a festive prize-giving ceremony.

On a site with a rich history, in the heart of Groningen, De Zwarte Hond – in collaboration with Rottinghuis and Beauvast – has developed Agaathhof: seventeen modern urban housing units grouped round a green, communal courtyard (or hofje in Dutch.) Inspired by the familiar hofjes  in Groningen, also called gasthuizen, the form, composition, structural detailing and use of materials of this modern courtyard is in keeping with the existing historical street pattern and the surrounding architecture. Agaathhof is named after Agaath Tammes, a descendant of a maritime shipping family, many traces of which are to be found in the city centre in Groningen. Moreover, Agaath Tammes was co-founder of De Zwarte Hond.

The expert jury, comprising Han Michel ? chairman of Rotterdam‘s building aesthetics committee, Simone Rots – architecture critic, and Ton van Namen ? property developer, applied three themes during the judging which, in their opinion, determine the current architectural assignment in Groningen: working with the existing city, the small scale, and the specific commission. The jury selected Agaathhof as the winner because, in its opinion, the project serves as an ambassador for these themes. Also, according to the jury, De Zwarte Hond’s proven craftsmanship was the deciding factor.

In the course of its existence De Zwarte Hond has developed various hofjes – housing around a courtyard – in Groningen. These underline the firm’s fascination for adding public space to the city using new architecture.

Click here for more photos and information of the project. 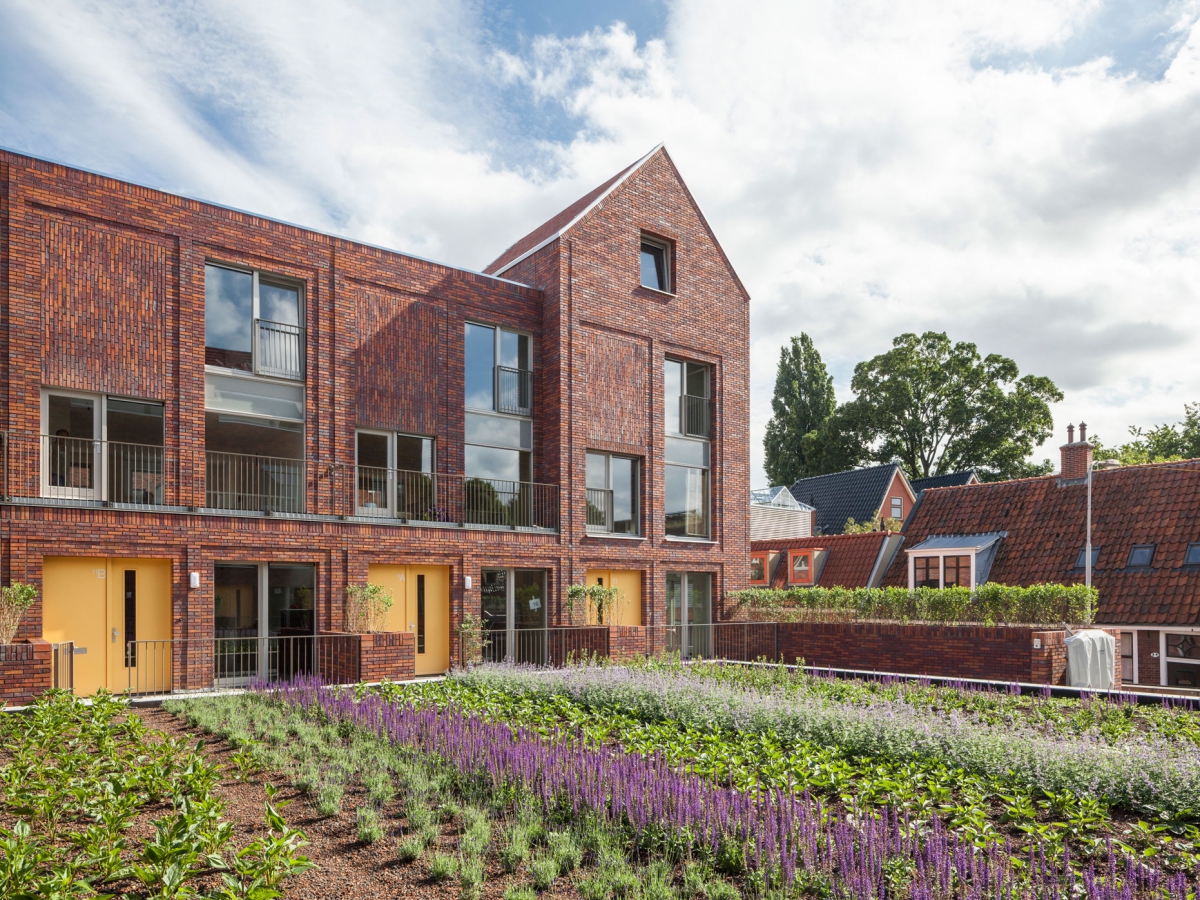