Construction is still in full swing, but the large canopy is in position and the new platform tunnel has been built. Consequently, Assen station has been operational since 14 May, the day on which it was officially opened. Alderman Harmke Vlieg, Joost van der Bijl (regional director of Dutch Railways) and Jan Mulder (regional director of ProRail) handed out apples to the passengers, accompanied by cheerful music. The initial responses are positive. Jan de Vries (74) from Assen is quoted in the Dagblad van het Noorden: “i live near the station, and i used to take a look almost every day. The canopy is really impressive. in all those months i’ve only seen it from the outside, now at last i’ve finally had the opportunity of standing under it. What a design, what a space.”

The architecture was designed by Powerhouse Company & De Zwarte Hond. See the project page for more information. The construction will continue in the coming months and the official opening will take place in the autumn. Keep an eye on our website and social media. 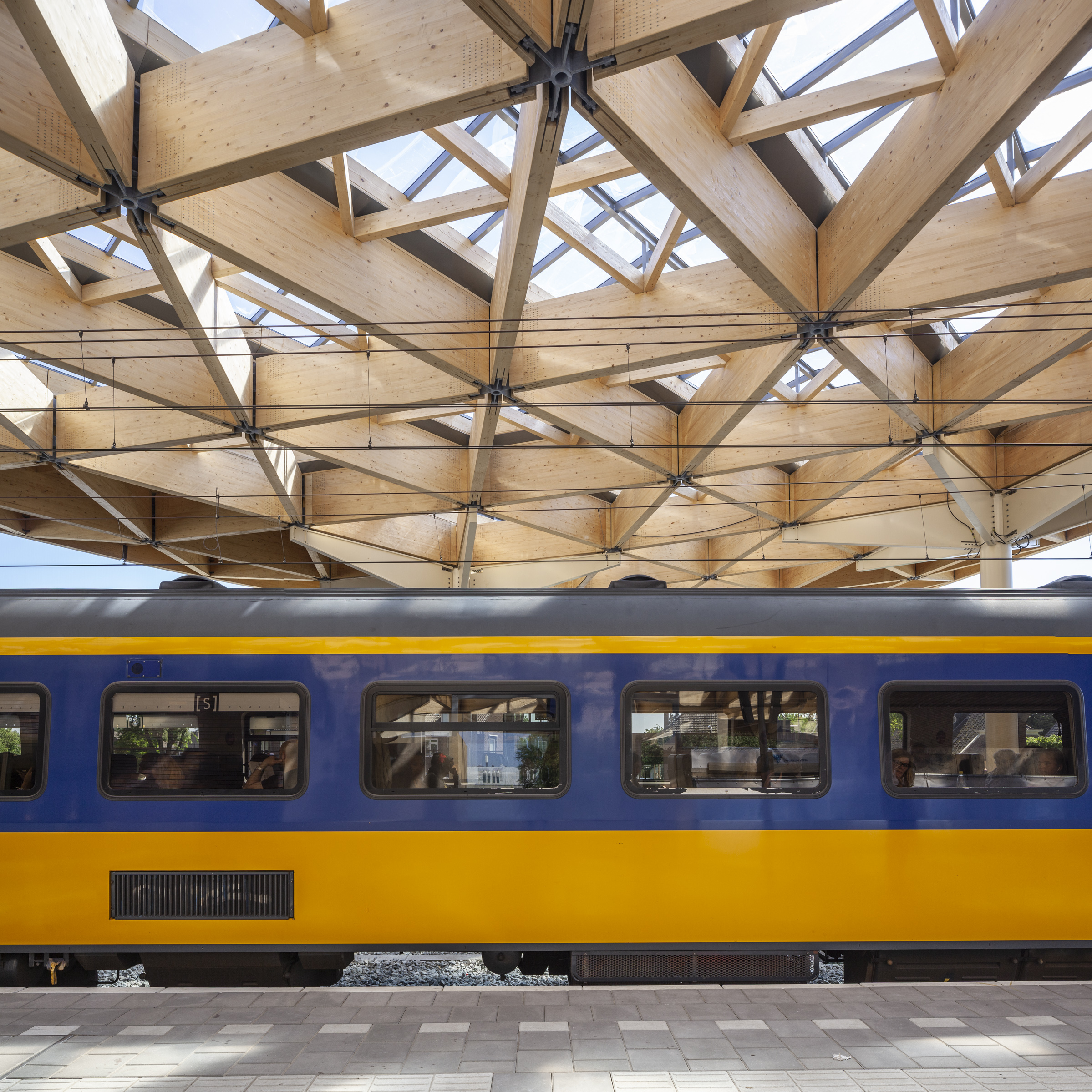