As part of the Bauland an der Schiene programme, De Zwarte Hond has been commissioned to transform several areas around Horrem station in Kerpen, a major town in the German state of North Rhine-Westphalia (NRW). In time, a new, future-oriented station quarter will be realised on the sites around the station.

Many big cities and towns in NRW are struggling with a housing shortage. This also increases the pressure on the surrounding areas. In collaboration with the Deutsche Bahn, NRW has initiated the Bauland an der Schiene initiative. The aim of this programme is to identify and develop the potential around existing stations in the vicinity of major cities. Local authorities are actively supported in planning, especially for the development of urban design typologies with a higher than usual density.

Horrem has great potential due to its station’s excellent accessibility: the centre of Cologne is 20 minutes away, travel time to Aachen is 40 minutes and the airports of Düsseldorf and Cologne are both less than an hour’s drive. As a part of the Rhenish mining area, which will fundamentally change in the coming years as a result of the energy transition, Horrem can become a central catalyst in the development of a region of sustainable knowledge, energy and technology. 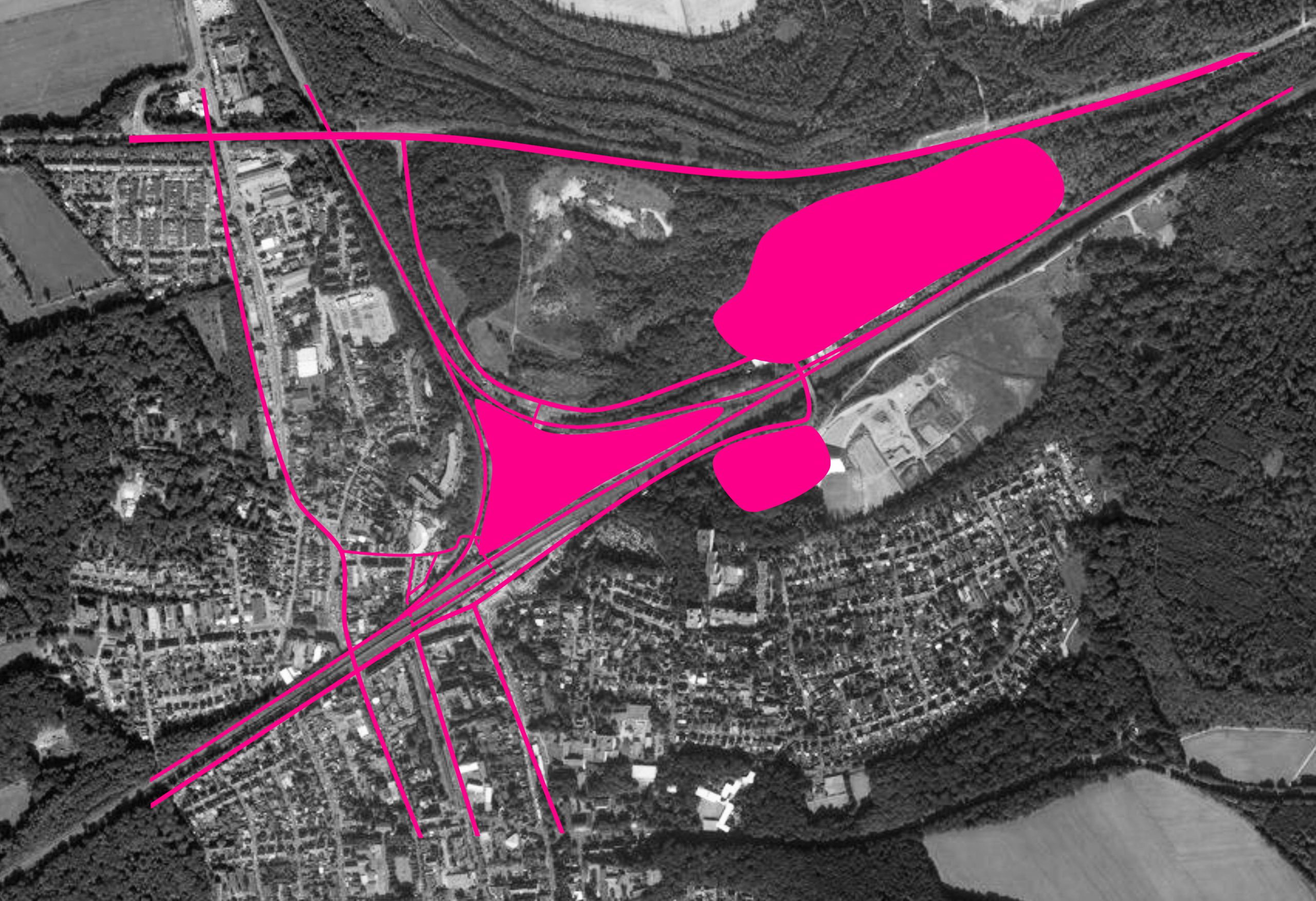