De Zwarte Hond, together with RMP Stephan Lenzen Landschaftsarchitekten, were the competition winners for a new urban development plan for Wilhelmsburg (Hamburg) in Germany. According to the jury, while respecting the existing qualities, the plan creates a new centre for Wilhelmsburg Mitte, injecting new life into the development potential of this urban district of Hamburg.

Wilhelmsburg has over 50,000 inhabitants and is situated on an island surrounded by the River Elbe. The point of departure for the new development is the relocation, already approved, of Wilhelmsburger Reichsstraße which will run parallel with the railway in the east. Space will become available for a total of 1,700 new housing units, some 300 of which for students.

In the plan the area is developed on four sides. Sports facilities are accommodated in the east, green space and water are enhanced in the west, the southern side, where the town hall is situated, becomes the new centre and in the north the focus is on combining residential and work functions. A slow-traffic route for cyclists and pedestrians runs from north to south.

The residents were closely involved in the planning. During a three-day workshop they had the opportunity of discussing the plans with the participating design teams and directly influencing the development. The residents’ wishes led to a wide diversity of housing in the design. The public space also complies with the wishes of the future users wherever possible.

The plan will be further elaborated and the zoning plan drawn up in 2016 and 2017. Construction of the housing should commence at the beginning of 2018.

Click here for more images and information of the project. 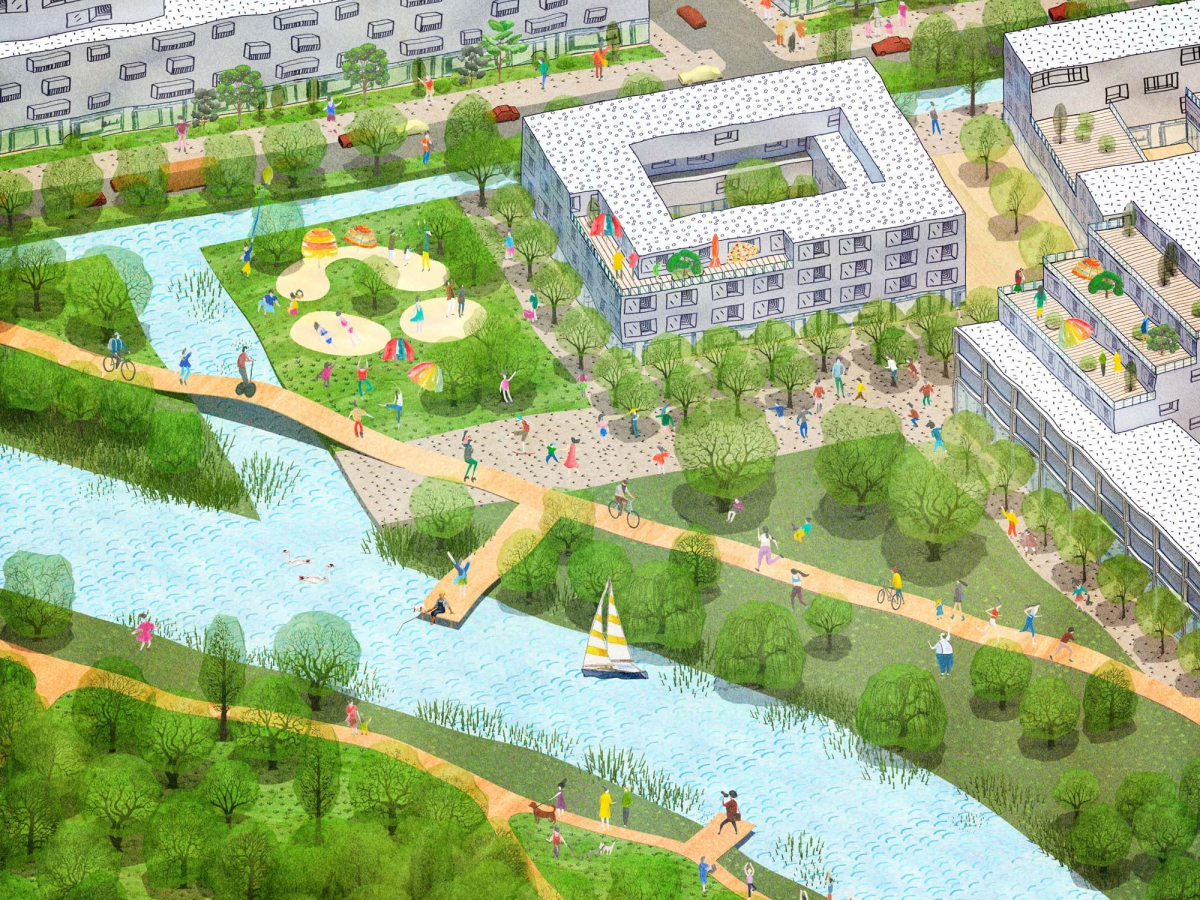