Commissioned by Amvest, De Zwarte Hond is working on the design for a new residential building in the Overhoeks urban development plan. A new neighbourhood is being developed by Amvest and Ymere on the former Shell site between the river IJ and the Eye museum ? a new Amsterdam district with housing, work opportunities, restaurants and other facilities. Geurst & Schulze Architecten are responsible for the urban development plan which is characterised by a high density (150 to 200 housing units per hectare) combined with an abundance of green space. Studioninedots, KCAP, Kaan Architecten, JSA and Powerhouse Company are each also designing one block.

Vosges, the block being developed by De Zwarte Hond, has a central position in the urban development plan and forms a solid wall adjacent to the centrally-located green area, like the building from which it derives its name: Place de Vosges in Paris. An 11,000 m2 residential building resembling a palace, built using luxurious materials, with an abundance of natural light and wonderful views. Thanks to the clever structural design the complex has favourable proportions in terms of façade and floor area. It comprises four stepped segments constructed with blocks with a grid size of 8.1 metres that are also staggered. The highest volume is visually aligned with the IJ and this immediately creates a prominent landmark. This design gives the large building a spacious aura, whereby it elegantly merges with its surroundings. And this is further reinforced by each segment having its own window pattern. The residents enter the building via a green entrance area that extends through to the light-filled atrium from where all the housing is accessed. The draft Preliminary Design for Vosges is now ready. The design will be developed further in the coming months. 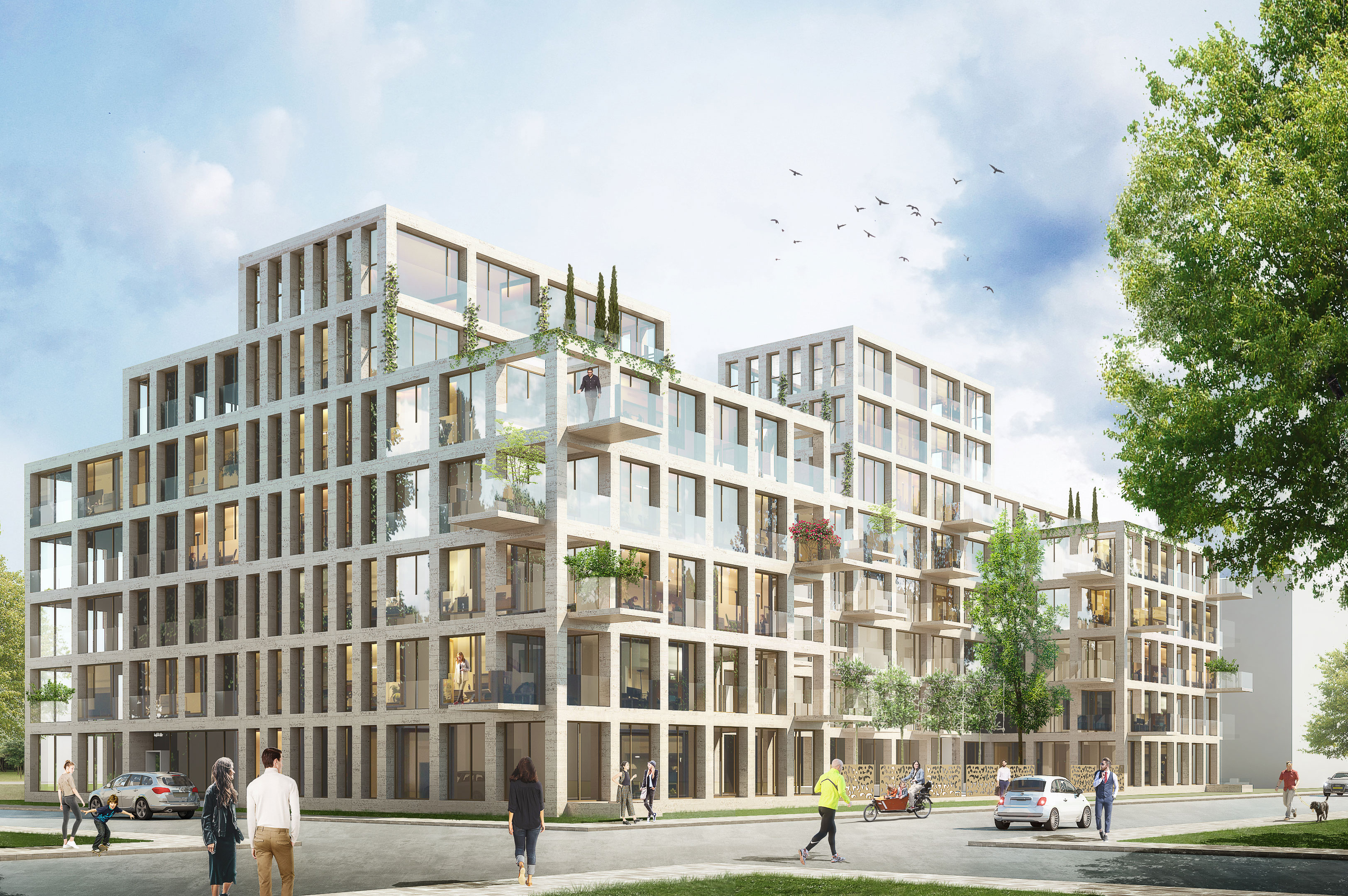