During the 2016 edition of the International Architecture Biennale Rotterdam (IABR) the focus is on the “Next Economy”.  De Zwarte Hond is making an active contribution to various aspects of the IABR. Daan Zandbelt is the studio master of Project Atelier “Rotterdam: The Productive City” and as such he is also a member of the curators team for the exhibition in Fenixloods II. Jeroen de Willigen, in his capacity of city architect of Groningen, is also involved in diverse parts of the Project Atelier programme for that city.

The central theme of Project Atelier, “Rotterdam: The Productive City”, is that local producers are important for the transition to the Next Economy. New technologies make it possible to organise production and consumption chains more locally. “It’s about linking large and small, new and old, and urban and rural”, says Daan Zandbelt. “This creates a circular economy in which waste serves as a high-quality raw material for new products”. Profiling the manufacturing economy in the city reinforces various production networks and creates opportunities for pride and collaboration. According to Daan Zandbelt, design is a crucial ingredient in a modern economy. “It forms an important link between making and thinking”, he claims. “Not only in the construction industry but in all manufacturing sectors, in fact.”

Rotterdam’s history as a port gives it a solid basis for a modern manufacturing industry. The first steps are already visible: traditional industry in the port of Rotterdam is being replaced by places where business, education and research merge, the former Tropicana swimming paradise is going to be a laboratory for circular entrepreneurship, and the list goes on…

The result of Project Atelier Rotterdam’s research is a development perspective for the city and the region. At present the region is still a disconnected patchwork of various manufacturing environments and isolated economic sectors. The Project Atelier discovered, however, that this region, more than other areas, has the potential to interconnect different environments. This creates a production economy that can support a robust regional economy and connect with international networks.

As one of the ways to achieve this, Project Atelier is launching the concept of “circular landscapes”. Products from scattered landscapes are combined into asingle, large-scale, circular system creating closed energy cycles: a clean port that connects local qualities with worldwide trade. The strategic interventions that initiate an ecosystem of manufacturing environments in the Rotterdam region can be viewed In the IABR exhibition.

One of the most important conclusions that Daan Zandbelt himself has drawn from the research is that, in recent years, we have invested too heavily in the knowledge-based economy. But a knowledge-based economy cannot exist without a manufacturing economy, in his opinion. “Only by connecting “thinking” to “making” can you avoid important developments from becoming lost in theoretical speculation. Production leads to concrete action, tangible progress. This applies to all scale levels: from one person turning an idea into a product, to face-to-face contact between businesses and centres of excellence in a region. Once the link between thinking and making has been established a region can become far more innovative.”

Besides all the attention paid to Rotterdam, the involvement in the IABR research on the city of Groningen is a welcome contrast. This research is headed by Jeroen de Willigen. As part of the Project Atelier “Groningen. Towards a new energy landscape”, the City Architect Atelier has studied the possibilities of a city that no longer relies on fossil energy. The most important conclusion was that cleaner and quieter mobility will create a lot of space in the city which can be used to improve the quality of life. The results of the research can be seen at the IABR exhibition

Would you like to see De Zwarte Hond in action during the IABR? This is possible, for example, during a special tour of the exhibition led by Daan Zandbelt. The date on which this will take place is still to be announced. As soon as we have more details we will inform you via Linkedin, Facebook and Twitter. The results of Project Atelier Rotterdam will be presented and discussed in Fenixloods II on 14 June. But there is far more. We will keep you informed via social media about all the activities where you will find us and we hope to have an opportunity of seeing you during the IABR! 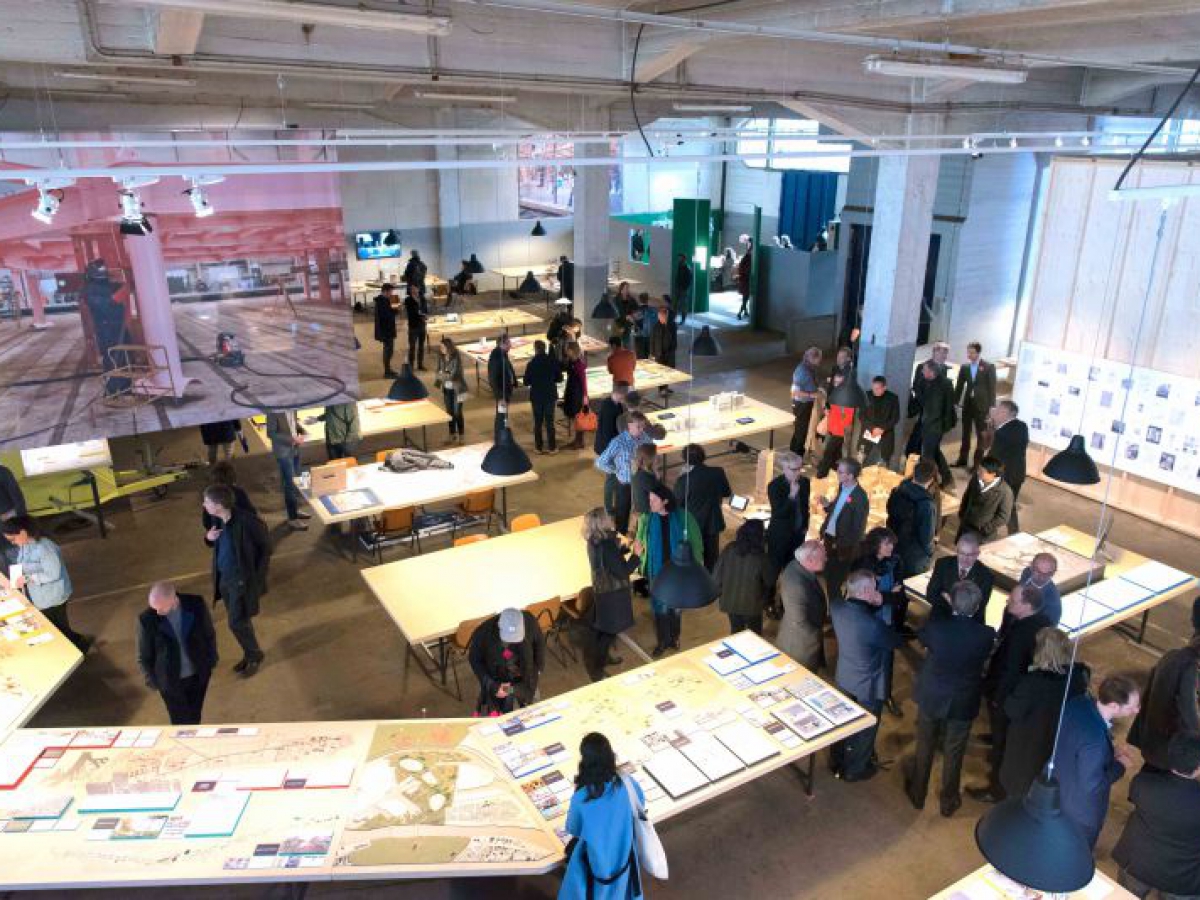