The annual Archicup Rotterdam brings people closer together, but also turns the Rotterdam architect bureaus into fanatics. They all want to take the coveted orange trophy home. De Zwarte Hond won the 2019 edition. in de finals at the Excelsior stadium our team defeated titleholder OMA by 1-0.

in this edition De Zwarte Hond won all eight matches, scored twenty goals and only conceded four. De Zwarte Hond is the first bureau to win the Archicup three times, in 2004, 2016 and 2019. OMA and MVRDV both hold two titles.

“First of all let me thank the tournament organiser Mecanoo”, says urban designer Kjai Tjokrokoesoemo, captain of the De Zwarte Hond team. “The organisation was excellent. it was a super-fun day, and for us of course a splendid result. All the matches were really exciting, with a penalty shoot-out in the semi-final and a close 1-0 victory in the final. Good for teambuilding too. in our team, colleagues from our offices in Groningen, Cologne and Rotterdam played together.” 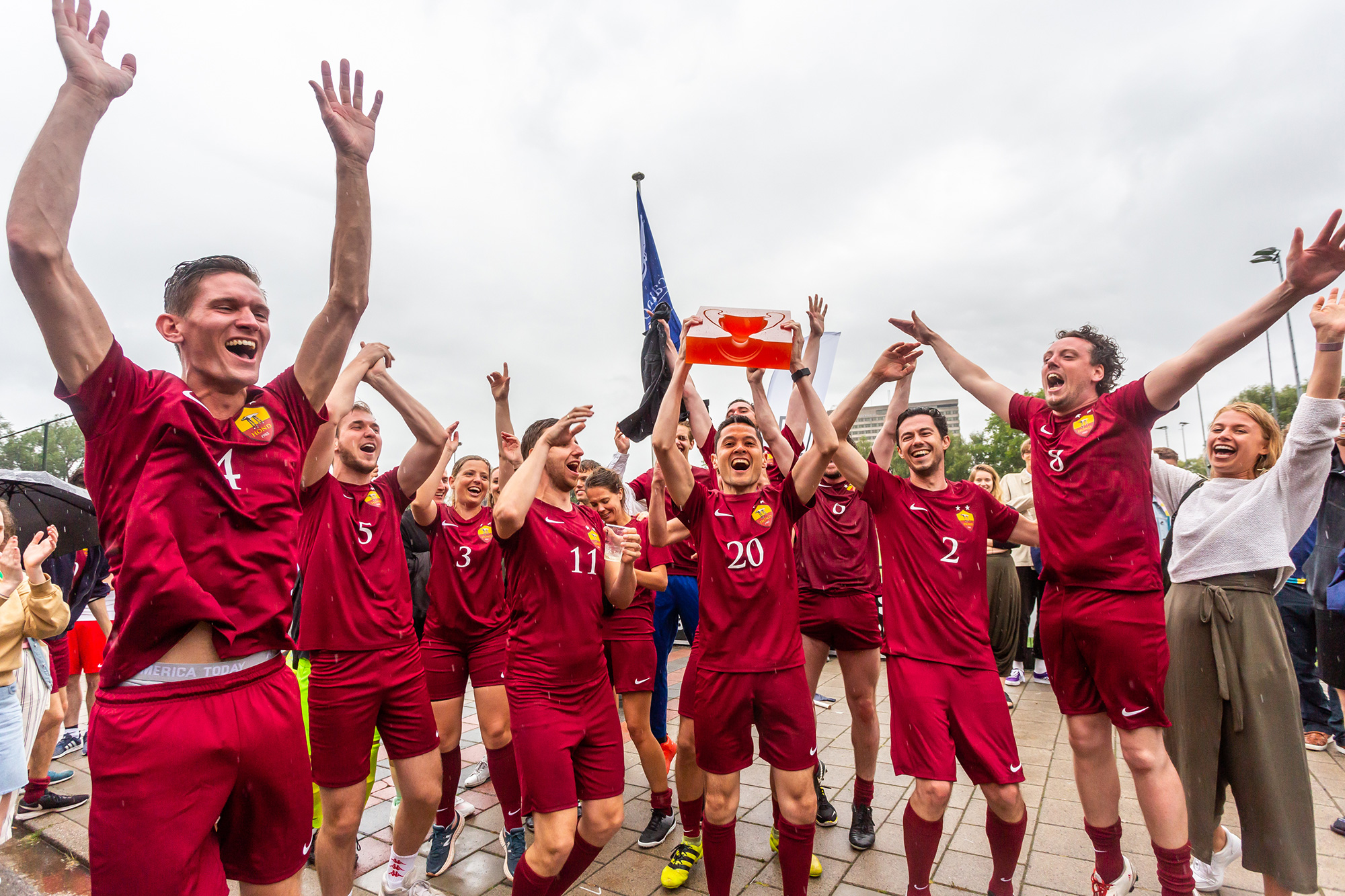