De Zwarte Hond and the municipality of Tiel have won the Steden in Beweging (StiB) Award 2019 for Zinder, a cultural building in Tiel, Gelderland. The jury announced this during the Provada real estate fair in Amsterdam. The prize is awarded for the most successful area enhancement that contributes to the vitality and dynamics of a city or village. Commissioned by the VolkerWessels construction group, De Zwarte Hond not only designed the building, it was also responsible for the urban development and – together with Felixx – for the landscape design.

“The building will really be used multi-functionally by Tielenaren, but also by visitors from the region and beyond. From boys living nearby who run in and out, to senior citizens who drop by for a drink.” Quote from the jury report.

The award is an initiative of Syntrus Achmea Real Estate & Finance and the Vastgoedmarkt trade journal. Previous winners were, among others, Zwembad Hart van Zuid in Rotterdam, Gasthuyspoort in Breda and De Hallen in Amsterdam. 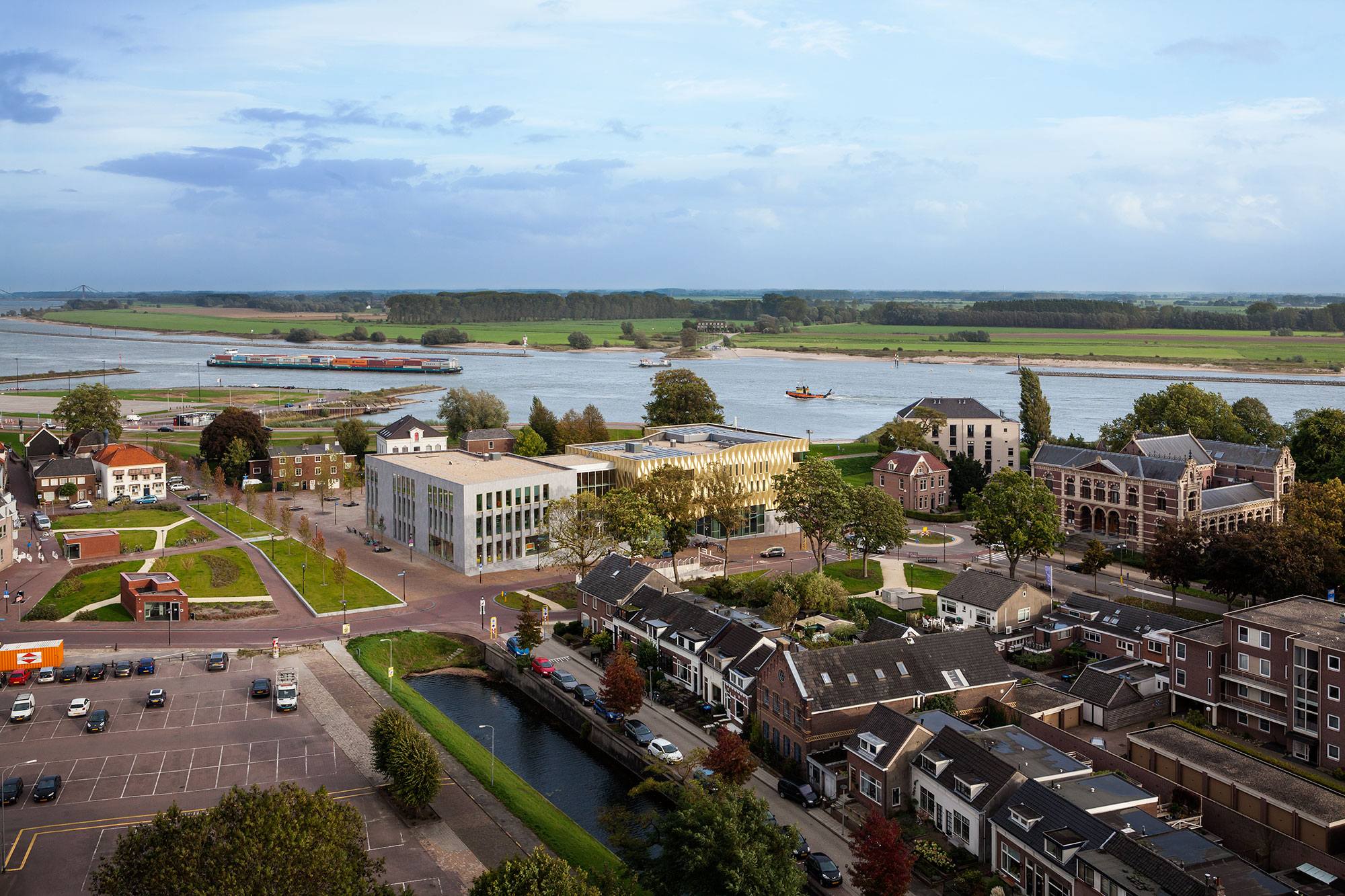