Theater Zuidplein and Assen Station were both awarded prizes at the award ceremony for the BNA Building of the Year 2021. De Zwarte Hond is very happy with this double recognition.

Theater Zuidplein, designed by De Zwarte Hond in collaboration with Studio RAP and BURO M2R, was chosen as the winner in the Liveability and Social Cohesion category. The jury, led by chairman Alexander Pechtold, was “Pleasantly surprised by this wonderfully solid building, which is logistically ingenious and with its multifunctional rooms and robust interior that can last for thirty years. The building is well positioned next to the new swimming pool, and the way in which the square in the public foyer has been brought to life shows the significance of the theatre for the neighbourhood.”

Assen Station, designed by De Zwarte Hond and Powerhouse Company on behalf of the City of Assen in collaboration with NS and ProRail, won the people’s choice award by a large margin. In total, around 6,000 votes were cast, of which 1,374 were for Assen Station.

De Zwarte Hond would like to thank all the collaborating partners who made both projects possible! 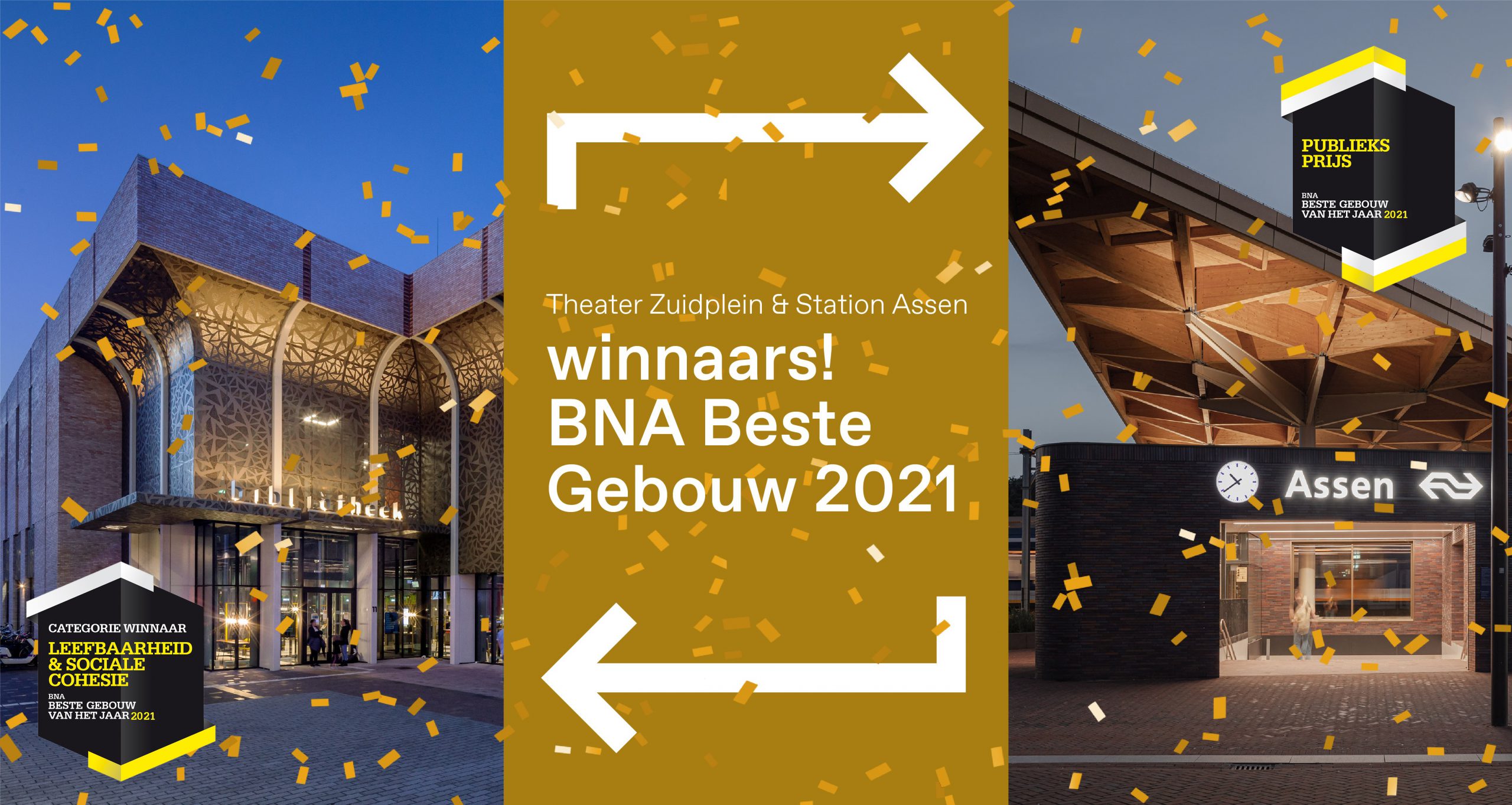