De Zwarte Hond and urbanegestalt have won the competition to design the new centre of Kaarst, a city located to the west of Düsseldorf. The jury was convinced by the surprising proposal to place a new building on Alte Heerstrasse and thus reorganise the structure of the open space.

Since the construction of the town hall and the layout of the adjacent city park, the centre of Kaarst has undoubtedly become the city’s calling card. But to keep the centre liveable in the future, new impulses are needed. The city therefore decided to organise a competition in two phases, after which a master plan for Kaarst city centre had to be presented. Four urban planning offices took up the challenge to develop an urban design that incorporates the results of three forums and online citizen participation. In this way, the direction had to be determined for the actual implementation with new volumes. In the end, De Zwarte Hond and urbanegestalt managed to convince the jury with a clear dimensioning of the future central squares, the relocation of the Alte Heerstrasse and a clear deployment of the green axis. “They have found the right scale,” jury chairman Professor Peter Schmitz said, summing up the qualities of the design. 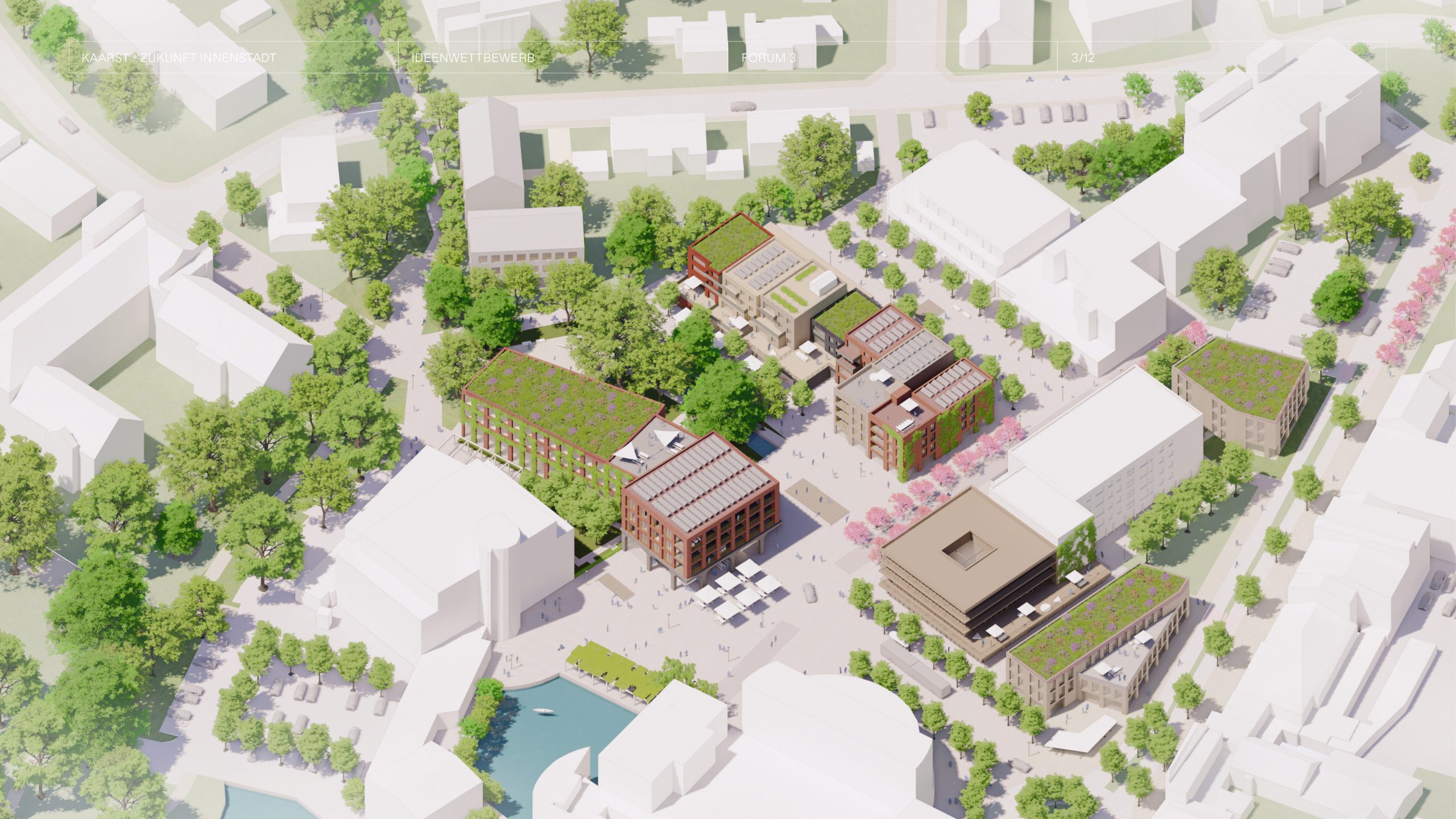