Design work commences on the station area at Haufeld in Siegburg, Germany

Haufeld is the last major development area in the town centre of Siegburg. The 8.5 hectare site is situated between the railway route, Wilhelmstrasse and Von-Stephan-Strasse. The city of Siegburg invited three design teams to participate in an urban development design competition for the development of the area. A location with an extremely heterogeneous structure. De Zwarte Hond, together with RMP Stephan Lenzen Landschaftsarchitekten, were the winners.

The urban, future-orientated design exploits the location’s potential to the full by creating a synergy between the existing development and the access structure. A continuous pedestrian and cycle path forms an important addition. it connects the station with Haufeld and creates a true station locality situated on the main high-speed line from Germany (Frankfurt – Cologne). Along this route are attractive social amenities and space for catering establishments and playgrounds. Utilising the existing infrastructure to a large extent creates a flexible plan that fully integrates the wishes of the users and the local property market that is currently in full development. The urban blocks can be developed independently, according to need and market dynamics.

De Zwarte Hond and RMP’s structured plan divides the area into four zones whereby, in the one zone the residential function occupies a central position and, in the other – on the contrary, it is strictly commercial, or a combination of both. in this way the plan offers the opportunity of making the location accessible typologically to different target groups and for different purposes. 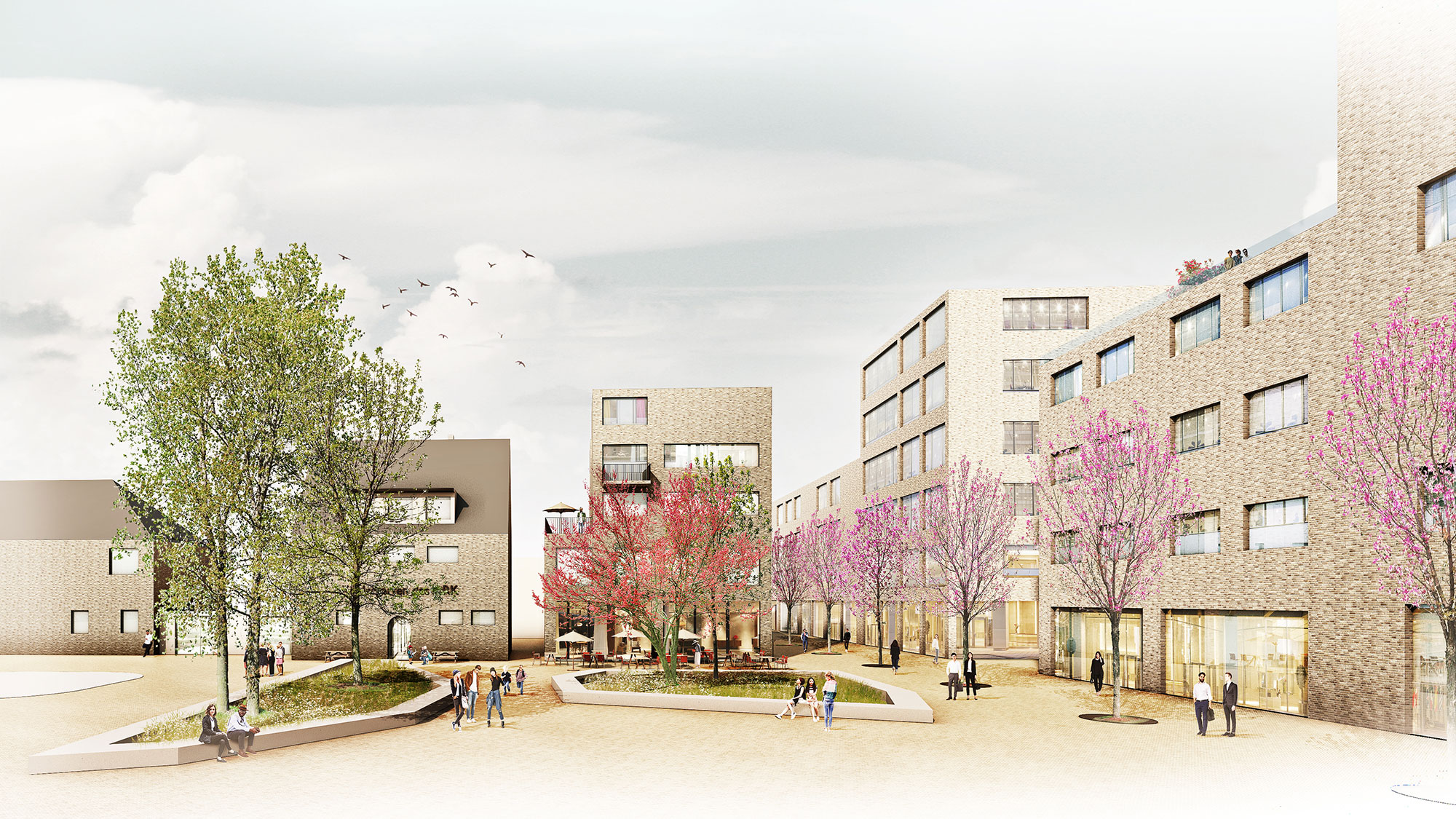