The inter-municipal collaboration “Between the Rhine and the Wupper: Growing together” is entering the next phase. During the regional conference, held in the historic locomotive hall in Erkrath on 13 October, some 130 prominent participants gathered to attend a follow-up to the network formation of the StadtUmland process. Matthias Rottmann briefly summarised the results of the vision for the future, drawn up by De Zwarte Hond and RMP Stephan Lenzen Landschaftsarchitekten, and proposed three potential models in his presentation.

‘Eine Stunde mehr Zeit’ (One hour’s more time)  – this is the title of  North Rhine-Westphalia’s award-winning vision for the future that was jointly developed by the eighteen municipalities and Kreis Mettmann on the initiative of the Bergische Struktur- und Wirtschaftsförderungsgesellschaft mbH (BSW). By focusing on the common, principal objective, namely “quality of life”, they have succeeded in combining the different views on city/countryside, mobility, living, work and infrastructure. Using three spatial models, Matthias Rottmann outlined the concrete approach as follows:

1. One Rhine-Bergische network of cycle paths: this large-scale network of broadened, new and faster cycle paths compliments the regional public transport and makes the bicycle and the e-bike the means of transport of the future. Moreover, in this type of hilly region, for many people the bike can be a sustainable alternative to the car, bus or train.

2. A train connections study: the connections between the agglomerations and cities should be improved by interlinking railway hubs and their infrastructure more effectively. With a clever approach, travelling time can be reduced and distances will become less significant.

3. Developing models for so-called “work-life-balance” neighbourhoods: what are people’s needs in a certain stage of their lives regarding infrastructure, schools, education, employment, local services, sport and leisure? How can closer proximity be achieved without leading to more traffic? And what criteria should these integrated living-working neighbourhoods meet? How can these criteria be converted into concrete measures? These are all questions that require a common strategy.

More photos and information about this project can be found here. 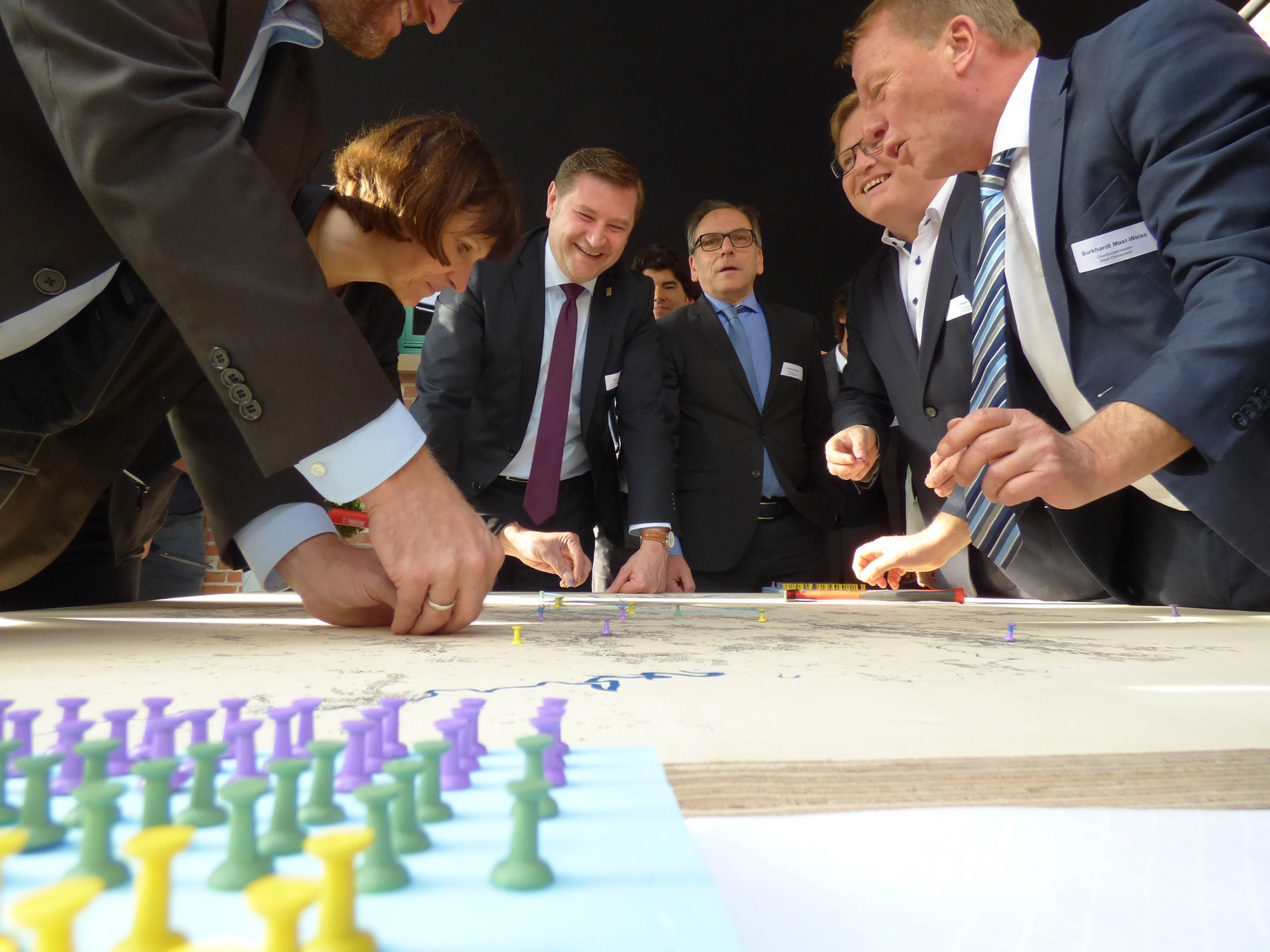