The Municipality of Hoogezand-Sappemeer has been given a single, prominent, public building in which a theatre, an arts centre, a library and the town hall are accommodated. In the dynamic heart of this Dutch municipality citizens are served a wide palette of services, information, education, culture and recreation. Existing elements, such as the theatre auditorium, dating back to the 1980s, are re-used in the new development. The adjacent town hall, at the moment still in an outdated state, will ultimately undergo a complete transformation. In the meantime the existing premises and the new build function as a single entity. The connecting, central street forms a temporary solution to the gaps in the present infrastructure. Both in terms of use, as well as technological exploitation and urban design, the new central building has great advantages for Hoogezand-Sappemeer.

Reuse versus new development
One of the issues that the municipality struggled with was whether to demolish the existing building or reuse it. De Zwarte Hond presented a plan of measures that focused on studying three reuse scenarios. Each scenario assumed a different reuse percentage: thirty, fifty or eighty percent. The scenarios were compared to establish the best ratio between building costs, operating costs, functionality and sustainability. And, in conjunction with the future users, a list of criteria was formulated to meet the needs of their future accommodation. This led to an informed choice for the scenario that assumed fifty per cent re-use, which was subsequently worked out in an integral redevelopment plan.

One of the interesting outcomes of the study was that the existing town hall – a design by Jan Brouwer – was more suitable for transformation into a modern working environment than was previously assumed. The introduction of a number of open recesses in the relatively deep building volume would create pleasant workplaces. By installing insulation, the existing building could be just as energy efficient as the new development.

Central street
The integration of town hall, library, theatre and arts centre allows for lower operating costs and more efficient use of the number of square metres due to the double use of spaces. The architectural challenge was: how to ensure that the four different functions conveyed an overall impact that reflected their programme and the public objective? In addition to this, the interior should facilitate exchange between the four users. 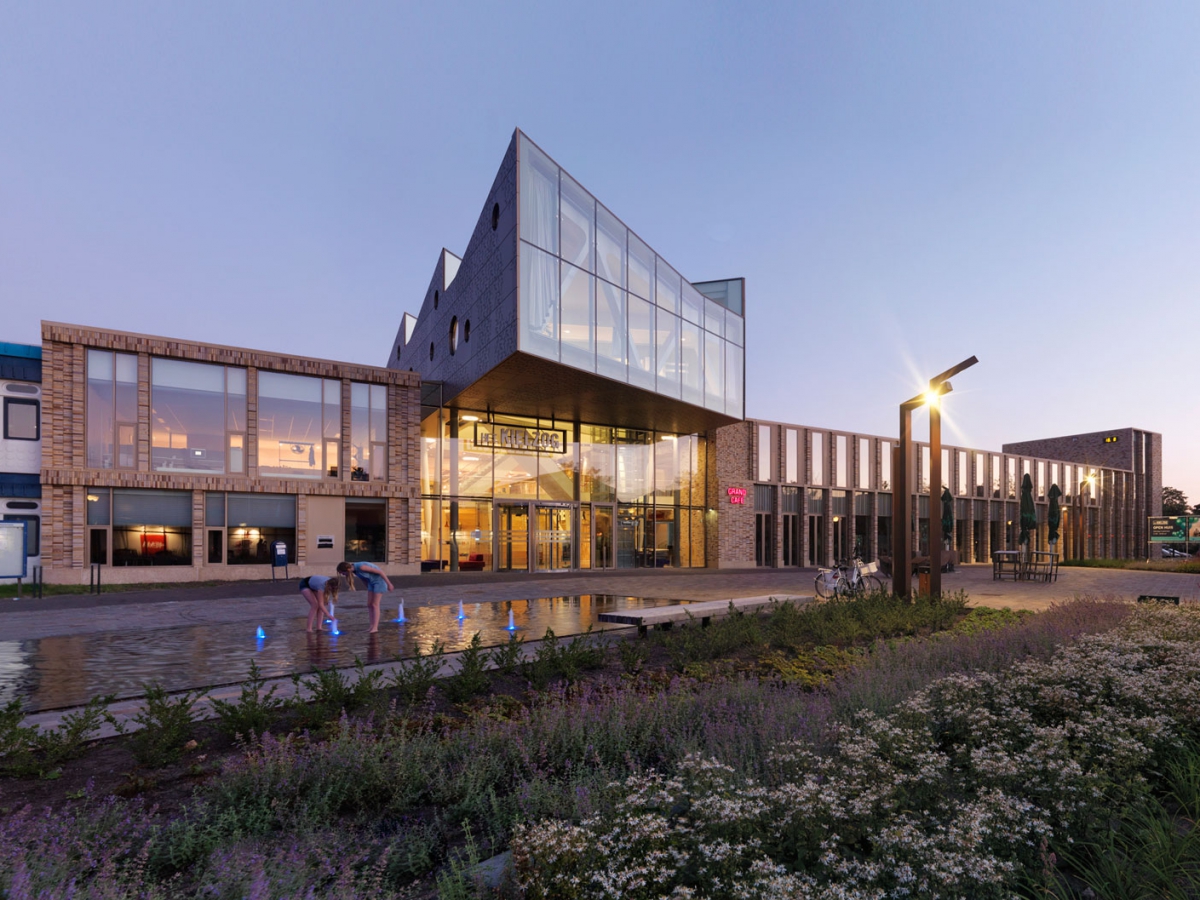