The new development of Het Kielzog Cultural and Municipal Complex in Hoogezand, Groningen has entered its second phase. Phase 1 saw the advent of the theatre, the library and the arts centre, whereby the existing theatre auditorium was brought back into action. Now it is the adjoining town hall, the administrative centre of the Midden-Groningen Municipality, that is being tackled. On 17 April all those who were interested could enter the old building for the last time and could even chip off a piece of wall from the town hall and take it home with them.

The first phase of the project was completed in 2016. in the interim years the old and the new have functioned together as one central public building for the municipality. Now it is the town hall’s turn to undergo a radical transformation. The intention is to complete the new development by the end of 2020. Burgemeester Adriaan Hoogendoorn: “With the implementation of Het Kielzog phase 2, the Cultural and Municipal Complex for Midden-Groningen will be given a welcoming and transparent image. We would like the new building to become a meeting point for residents. And so we and our residents are saying farewell to the present building and welcoming this new phase. By using the same masonry work, phase 2 will have the same appearance as phase 1, bringing the completion of Het Kielzog to a satisfactory conclusion and providing the Municipality of Midden-Groningen with a recognisable ‘face’, one we can all be proud of.” 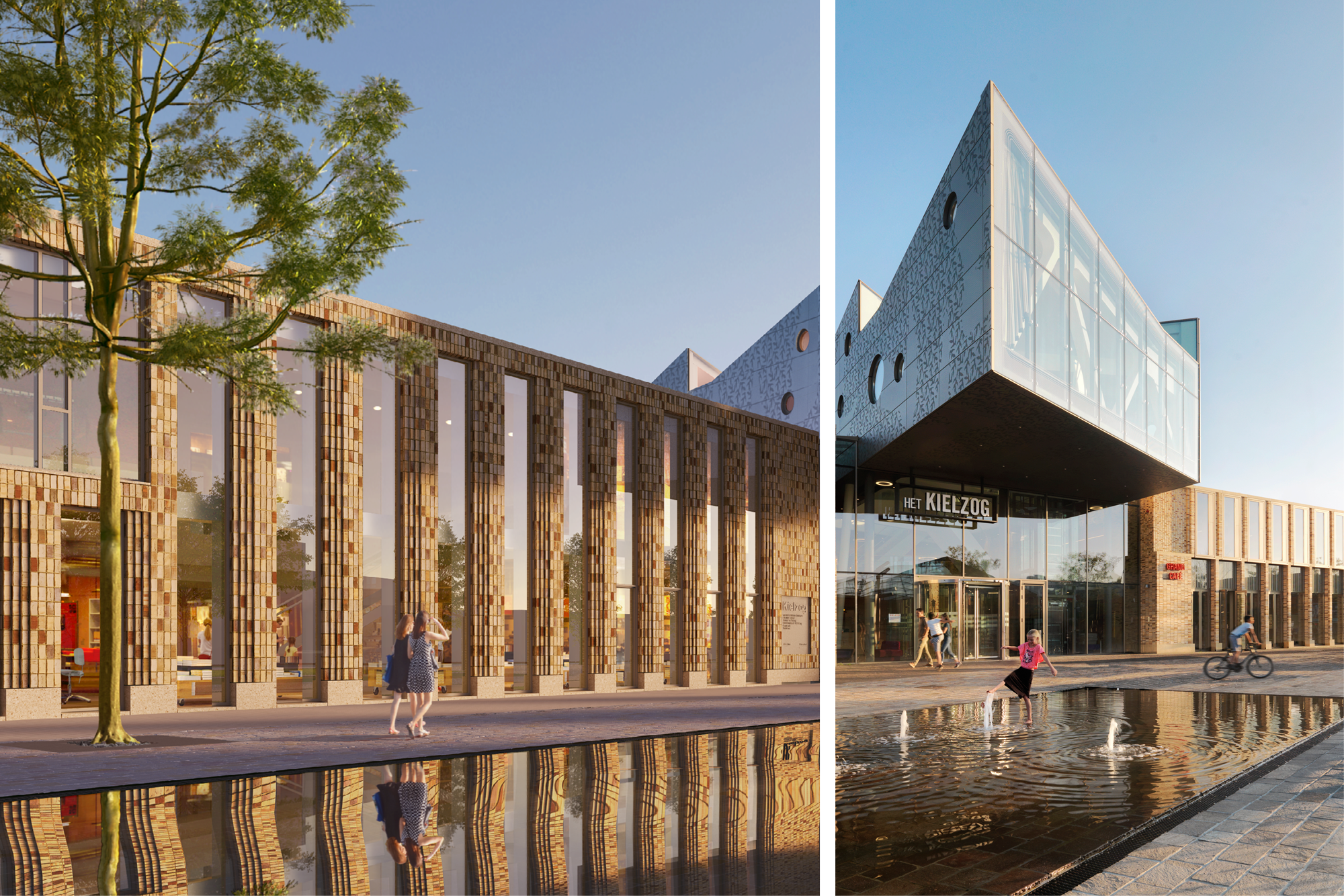