Know Your City, Make Your City!

What do we actually know about where we live? What do we know about the history of our city, called ‘Roffa’ by some? Where does that name come from? What events in the past made the city into what it is today?

Know Your City, Make Your City is about the love for a city, and knowledge of it. About architecture and urban design. About telling stories and making stories. About you and everyone else, the city’s inhabitants. But above all about and for young people. And how they can get to know the city – their city – better, understand it better, and make it better.

Know Your City, Make Your City goes back to Rotterdam’s origins and from there traces its past to the city it has now become, following various historical narratives: from the dam in the Rotte River to Rotterdam as water city and later port city, from the Second World War bombing and post-war reconstruction to the present. This timeline shows the moments in Rotterdam’s history that have shaped the city into what we see today. These moments form the basis of the book, used by Abdelkader Benali to tell the literary story and illustrators to depict the different time periods.

A year from now, the project will result in a visual story, a graphic novel, which will not only be for sale in bookshops, but – and we are very proud of this – will be available in a free school edition. All 7,000 pupils will be given the book when they enter high school – right when they spread their wings, increase their range and start exploring the city. Their city!

Everyone Is a City Maker
The aim of Know Your City, Make Your City is to give architecture education a permanent place in the city. Is it possible to create interest in architecture and urban design in a broadly diverse group, by showing people how they can influence the development of their own street, neighbourhood or city? And by doing so, to highlight themes such as diversity, liveability, inclusiveness, sustainability and the energy transition?

This document reveals the research conducted by a core team, together with a group of experts and creatives, from a broad field of expertise in the City of Rotterdam. Many disciplines will participate: historians, urban designers, architects, storytellers, education experts, graphic designers, copywriters, illustrators, filmmakers, photographers and publishers.

But Know Your City, Make Your City is not just a project about architecture, urban design and history. It’s about city-making in the broadest sense, and how a city is formed by individuals, with and within a community.

The book also touches on the subjects of citizenship, pleasure in reading, making-building- craftsmanship. It’s an invitation to make a difference in your city and in your own future. You have a voice. Use it!

For Everyone, by Everyone
The project is a book about Rotterdammers, for Rotterdammers and by Rotterdammers: almost 40 historians, writers, educationalists, designers, filmmakers, photographers, spoken-word artists, illustrators, a publisher, printer and so many others are working on this publication.

A special project with a special end result: a visual story about the historical development of the City of Rotterdam.

The fact that all first-year high school pupils will receive a free book at the start of the school year 2022/2023 to help them get to know their city makes the project unique in the Netherlands! 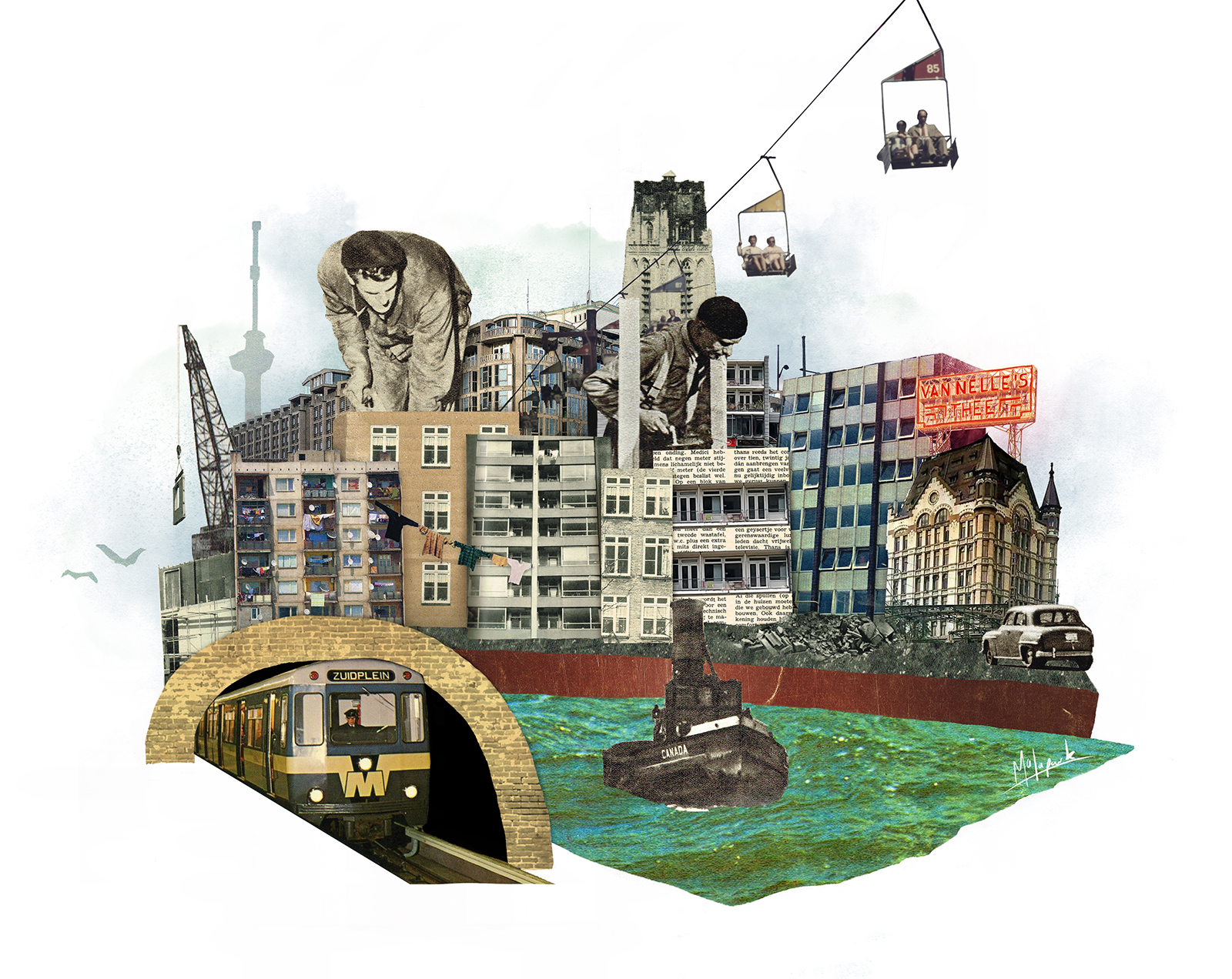