Largest block of the Gruno District in Groningen finished

The third block to reach completion in the Gruno District is Typhoon. Besides the architecture design of this block, De Zwarte Hond is also responsible for the new urban plan of this district conceived during the era of housing shortage that followed the First World War. The plan features an ensemble of eight enclosed brick-faced buildings with a stepped silhouette and added elevation accents at various corners. The unity has been created by using unambiguous and distinguishing building volumes. In addition, the unity is reinforced by standardising the layout of public spaces, the facade treatment, and the entrances to the buildings. For variation, different profiles, details, types of brick and facade heights were used.

With 109 units, Typhoon, designed by De Zwarte Hond and recently opened for occupation, is the largest block of the urban rejuvenation plan. The stepped volume stands three to six floors high and includes an underground car park with 156 spaces, with a common patio garden on the car park roof. The exterior spaces of the units vary in shape and size, depending on their orientation and location within the block. On the ground floor the maisonettes for example have patios facing the common garden, while the top floor apartments of the stepped volumes feature spacious rooftop gardens, with fully projecting balconies on the narrow end of the block and semi-recessed balconies on the long side. Depending on the orientation of the facades, the balconies have been arranged along a straight vertical line (north face) or staggered (west, south and east faces) to ensure that they get the full benefit of the sun. The large windows, semi-open balconies and wide variety of outside spaces combine to create a strong sense of involvement with what goes on at street level and on the water of the Hoornsediep. Richly detailed masonry and special entrance gates help to make the new block blend in with the existing housing blocks of the Gruno District. 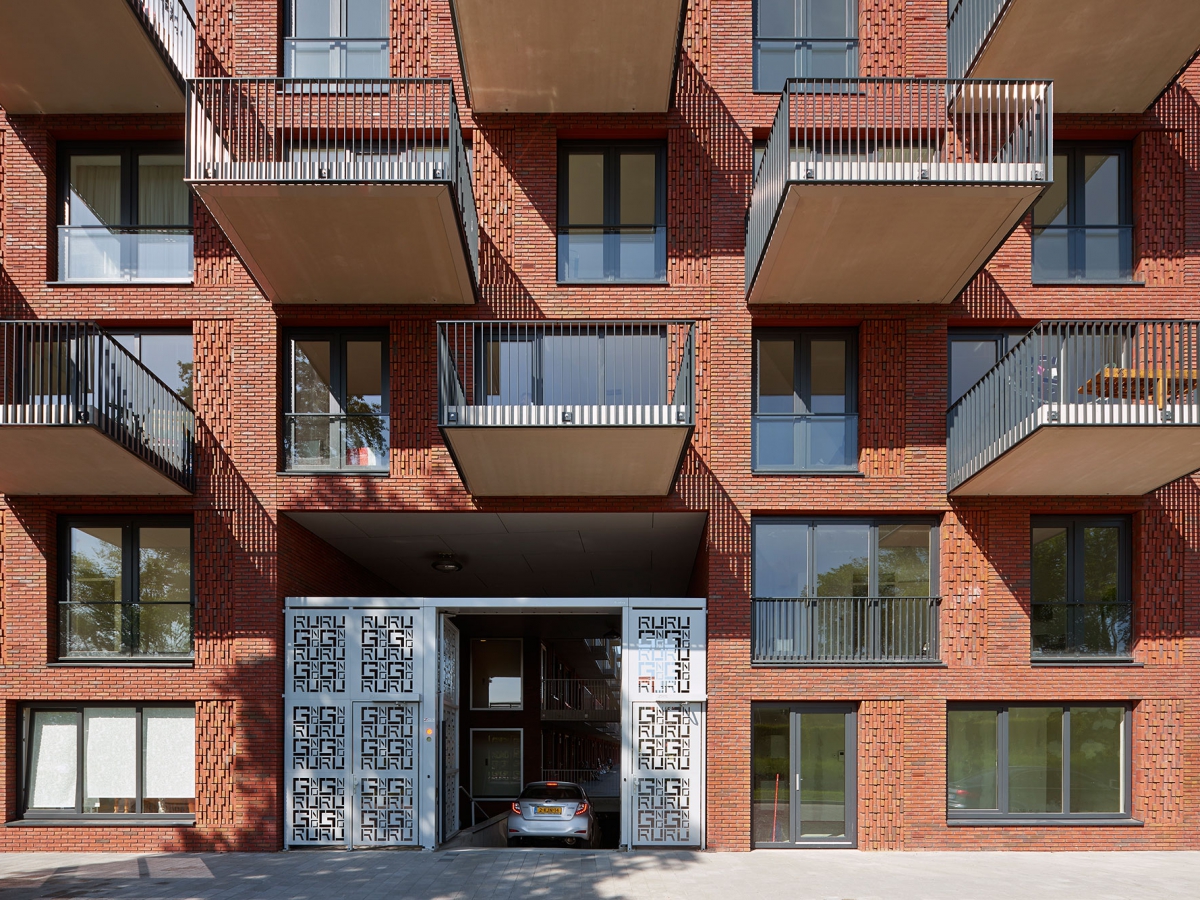