On Thursday, 21 May, the Montessori School Waalsdorp in The Hague was awarded First Prize in the Stimulating Environment category of the BNA Best Building of 2015 competition. Student club G.S.C. Vindicat in Groningen received an honourable mention in the Identity and Iconic Value category.

Bart van Kampen was at the ceremony at the Wester Gasworks venue in Amsterdam to receive the prize from the jury chaired by Wim Pijbes. “The Montessori School Waalsdorp is typified by a generosity which the jury finds sadly lacking in much of today’s architecture – and in school buildings in particular” the jury said. “Look at the entrance lobby for example, a high-ceilinged area bathing in sunlight and with an easy to read layout. Or look at the way the corridors have been expanded to enable them to double as teaching or playing areas, with glass swing doors that can be used to partition them. And then there are the countless mezzanines and windows offering vistas throughout the building.”

“De Zwarte Hond has managed to strike the right balance between interior and exterior detail. Much attention has been given to the way the building fits into its surroundings. By adopting the horizontal features of the neighbouring building, with elevations using yellow  ‘Berlagian’ brick, the school forms a logical addition to its environment and maintains the continuity of the street as a whole; even the railings and the brickwork planters have been fully incorporated into the design”, the jury said.

About the building for Groningen student association Vindicat the jury said: “On this compact site, De Zwarte Hond has miraculously managed to create a building of great spatial wealth. Robust in appearance, it displays extreme refinement in its use of materials, proportions, and details. It offers a wide variety of interior and exterior spaces flowing naturally into each other by means of staircases and mezzanines, with light and shadow alternating in a rich pattern.”

The jury added that they were impressed by many aspects, “from the ‘restored’ building line to the yellow ochre colour of the bricks, which sits right between the colour of the Martini Tower and the Grand Theatre – the design fits perfectly in its context. At the same time the architect has managed to combine the typical traditions of the club in an up-to-date building that offers every modern amenity. Inside a series of box-shaped rooms, the old furniture, flags and other relics have found a natural new home. And all the while the old association building was kept running, which saved the client (the city council) a lot of problems.”

Rotterdam Central Station by Team CS carried off the overall title of BNA Building of the Year 2015.

The full jury report can be downloaded here (NL). 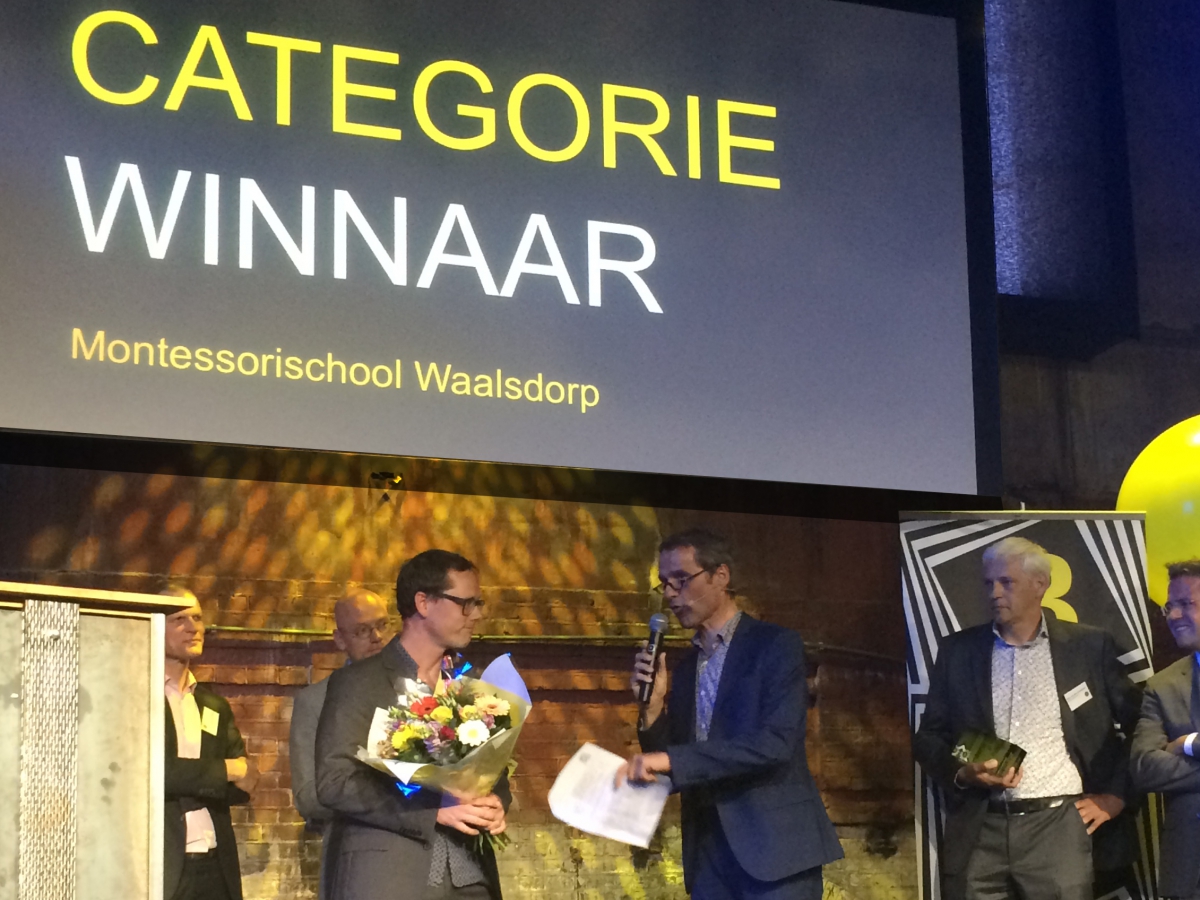