De Zwarte Hond’s Rotterdam office has been located in the Grotius House on Westblaak for a few months now. The architecture office has given its work space a different look. The new environment offers optimal work and development opportunities and the lively surroundings also provide inspiration.

It wasn’t so long ago that De Zwarte Hond left the 13th floor of the Rotterdam Building in the Aert van Nesstraat. The architecture firm – with offices in Rotterdam, Groningen and Cologne and more than 130 employees – had literally outgrown its home. Increasingly large and more demanding commissions ultimately ensured that the old office could no longer meet requirements.

With the move to the new address, Westblaak 37, the office is well positioned for the future. The building is a municipal monument dating from 1957, designed in the post-war reconstruction style by acclaimed architect H.D. Bakker, who is also known for his design of Rotterdam’s Maastorenflat. The new office has a floor area of 750 m² and offers space for a total of 50 standing and sitting workplaces. The redesign of the floor plan was carried out in-house by De Zwarte Hond. Many of the existing materials, such as marble and concrete, have been reused as far as possible. The acoustics are improved by Ecophon Solo sound absorbers and natural wool felt in the walls, which also serve as pin walls.

Much in the new office is reminiscent of the 1950s, such as the green ‘Verdi Alpi’ marble, known from Mies van der Rohe’s Barcelona Pavilion. In addition, on-edge oak parquet was also introduced in the 1950s. For the interior, De Zwarte Hond has opted for pieces by inspiring designers, such as armchairs by Josef Hofmann, Le Corbusier, Rietveld, Mart Stam and Mies van der Rohe.

De Zwarte Hond will also be responsible for more design work in the Grotius House in the future. For example, the main entrance of the building will be redesigned, combining Herman Bakker’s monumental style with a contemporary touch. 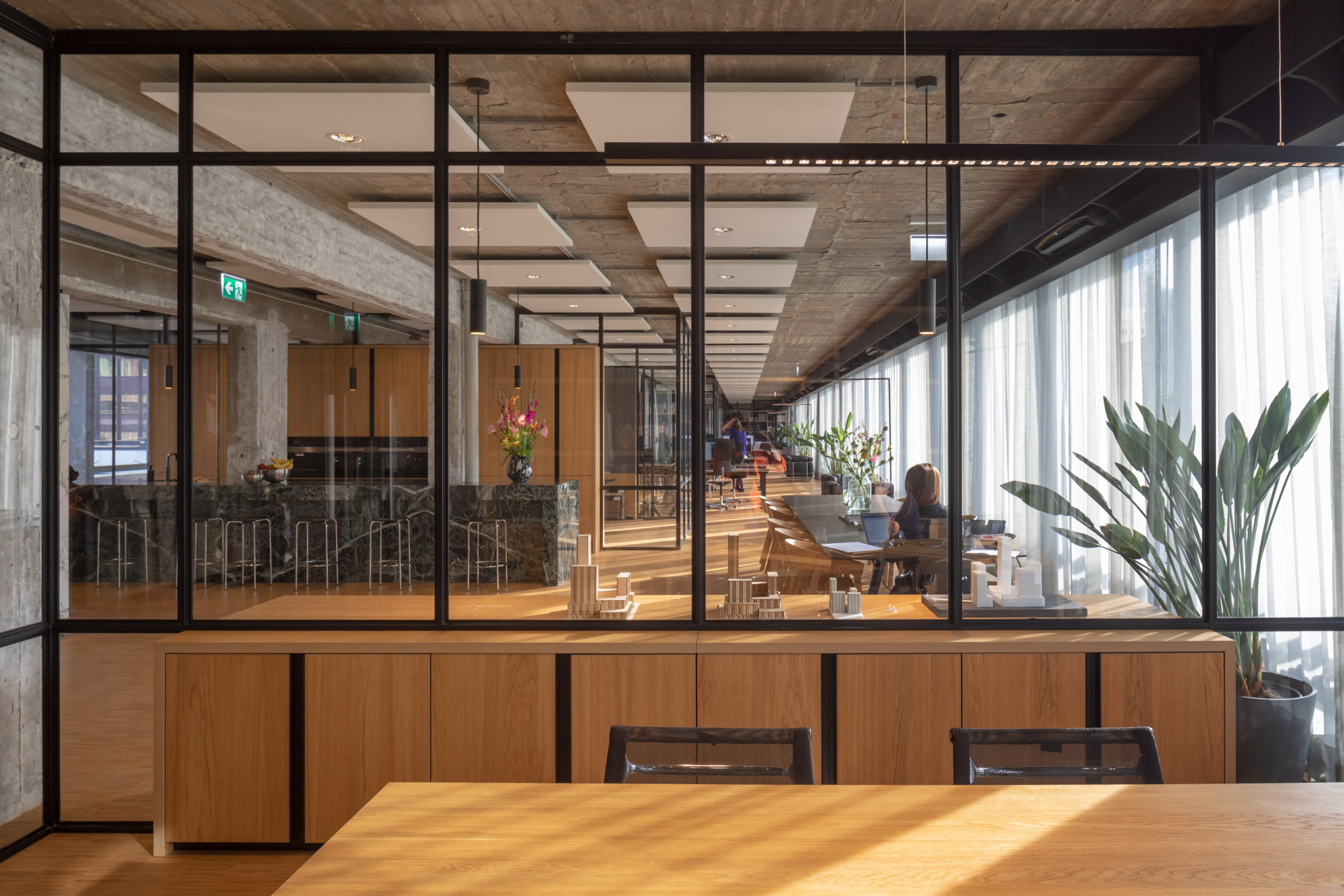