ASTRON, the renowned institute for radio astronomy, lies at the centre of the Dwingelderveld National Park in the Netherlands. The existing building, which dates from 1980, was extended by De Zwarte Hond in 1996. Fifteen years on, the buildings again struggled to accommodate the growing organisation, and De Zwarte Hond was asked to once more extend the complex. In addition, the oldest building, which dates from the 1980s, was to receive a major upgrade. The extension includes office spaces, meeting rooms, a library, a colloquium hall, and a control room. The central functions have been combined in a carefully matched new volume which is fully integrated into the existing building. It forms the heart of the complex and provides a single centralised meeting point where visitors can be greeted in style and scientists can gather. The offices occupy a new wing which features a special facade that makes the building blend in with its surroundings. It also ensures that the surrounding countryside is not affected by light from within, while at the same time enabling the building’s occupants to fully enjoy the natural beauty outside.

To accommodate the additional functions, ASTRON initially planned for a new building next to the existing one. However, by grouping the central functions around the entrance, and moving the offices to a new wing embraced by the existing buildings, a sense of unity has been created. The entire institute is now located around the bright and spacious central lobby, which truly functions as the heart of the building. The entrance has been improved, enlarged, and extended with the lobby of the new part. From this central meeting point for all the institute’s scientists, any part of the building is only a short walk away. The colloquium hall, the library, and the radio observatory control room are all visible from this spot, presenting an inspiring welcome befitting the scientific nature of ASTRON.

The orientation of the offices in the new wing relative to the existing building is such that they provide the best possible views of the beauty offered by the surrounding landscape. The new office wing features a high-tech facade engineered in close collaboration with the facade manufacturer. It is made of expanded metal in various shades of bronze and brown. The colour palette was drawn from the reeds, grasses, and trees growing around the building, for the Dutch Forestry Commission, which was closely involved with the project, had approved the extension on condition that it would not stand out from its natural surroundings. The occupants can choose to add sun blinds to their window, or to let the sunshine in. The manually operated shutters slide to any required position. At the end of the day all the facade elements automatically close to prevent light leaking out, minimising the building’s impact on the environment. The semi-subterranean ground floor features a continuous glazing band as a visual reference to the 1996 building.

At the heart of the building, the narrow ends have been glazed as much as possible in order to maximise daylight illumination and to keep the magnificent landscape visible at all times. The colloquium hall features a similar large expanse of glazing. The quiet interior design in white and anthracite ensures that the new rooms merge seamlessly with the existing sections of the building, making it hard to tell where 1996 ends and the future begins. 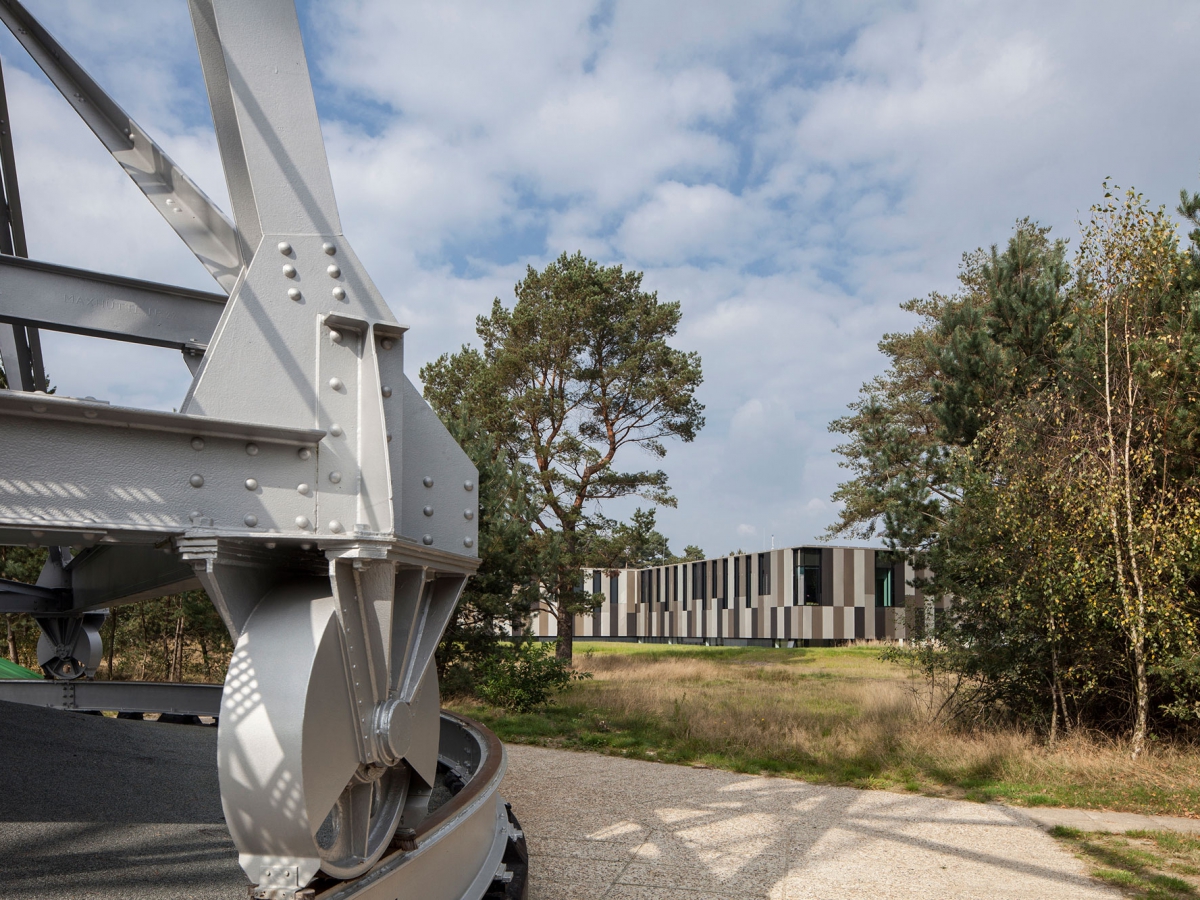