We are proud to announce that the Park Pavilion in Otterlo has been nominated for the 2022 Mies van der Rohe Award. The prestigious architecture prize of the European Union announced the official longlist of 449 nominated projects on 2 February. Thirteen of them are located in the Netherlands. A series of new buildings will be added to the list in the autumn, with the shortlist announced in January 2022 and the winners in April 2022.

The Park Pavilion is the reception building of De Hoge Veluwe National Park and was designed by De Zwarte Hond and Monadnock. The purpose of the pavilion is to enhance the experience of nature.

On 2 February it was also announced that two buildings by De Zwarte Hond have been nominated for the 2021 Building of the Year Award from ArchDaily: Assen Station, in the Public & Landscape Architecture category, and children’s centre IKC Prins Constantijn in Leeuwarden, in the Educational Architecture category. The winners will be announced on 18 February.

De Zwarte Hond designed Assen Station in collaboration with Powerhouse Company. The building is not only architecturally outstanding, with its large triangular wooden roof; it also plays an essential role in linking the two city districts on either side of the station.

IKC Prins Constantijn was designed in collaboration with Studio Nauta. A special feature of this design is that a monumental school building from the 1920s has been integrated into the new structure, thus giving it a historical layer. The brickwork of the old school’s southern façade is now the eye-catcher in the interior of the new one. 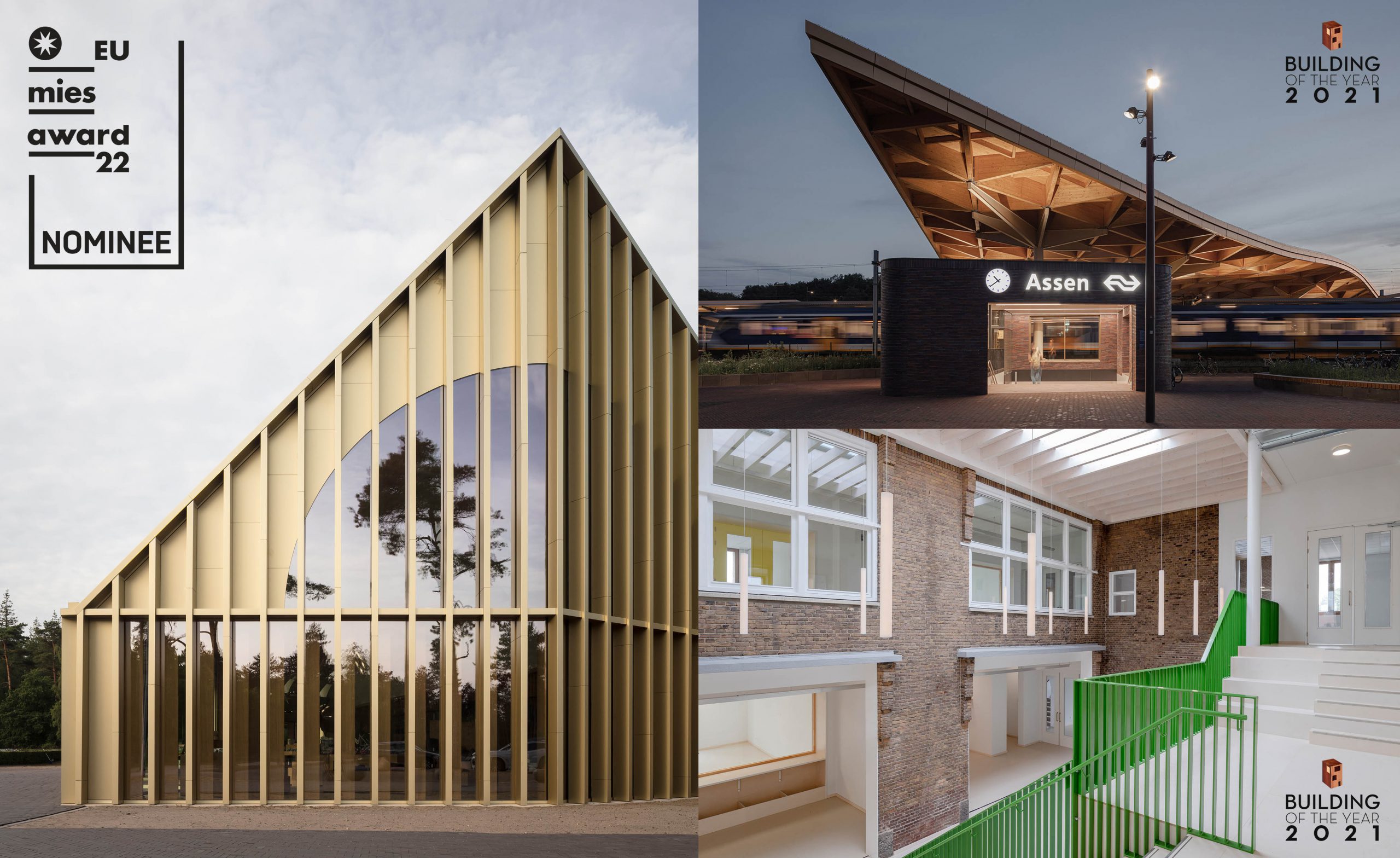