The De Sleutel primary school in Rotterdam’s Bloemhof district has been completed and opened its doors in 2021. Work is currently still underway on the site layout. De Sleutel – designed by De Zwarte Hond and commissioned by Woonstad – is located close to two other schools in the neighbourhood, the Oranjeschool and the Bloemhofschool, and its architecture is influenced by them. Like these schools and many other buildings in the 1930s neighbourhood, the new school is made of brick. In addition, the building has a height accent at its main entrance, just like the other two schools. The rhythm and repetition of the façade openings and the beautiful detailing also refer to the existing brick architecture. Striking elements include the cut-outs in the building volume, finished with glazed brick. These cut-outs function as emergency overflows, ensure that no dilation is required in the façade, respond to the volumetric composition of the other schools, and emphasise the traditional quality of the execution. The main spatial feature of the two-storey school building is a wide central corridor, with learning squares and voids. The classrooms are located on either side of this central space. A large, double sports hall with its own access is part of the project. With the arrival of the new school building, a private ‘children’s campus’ has been created between the three schools. 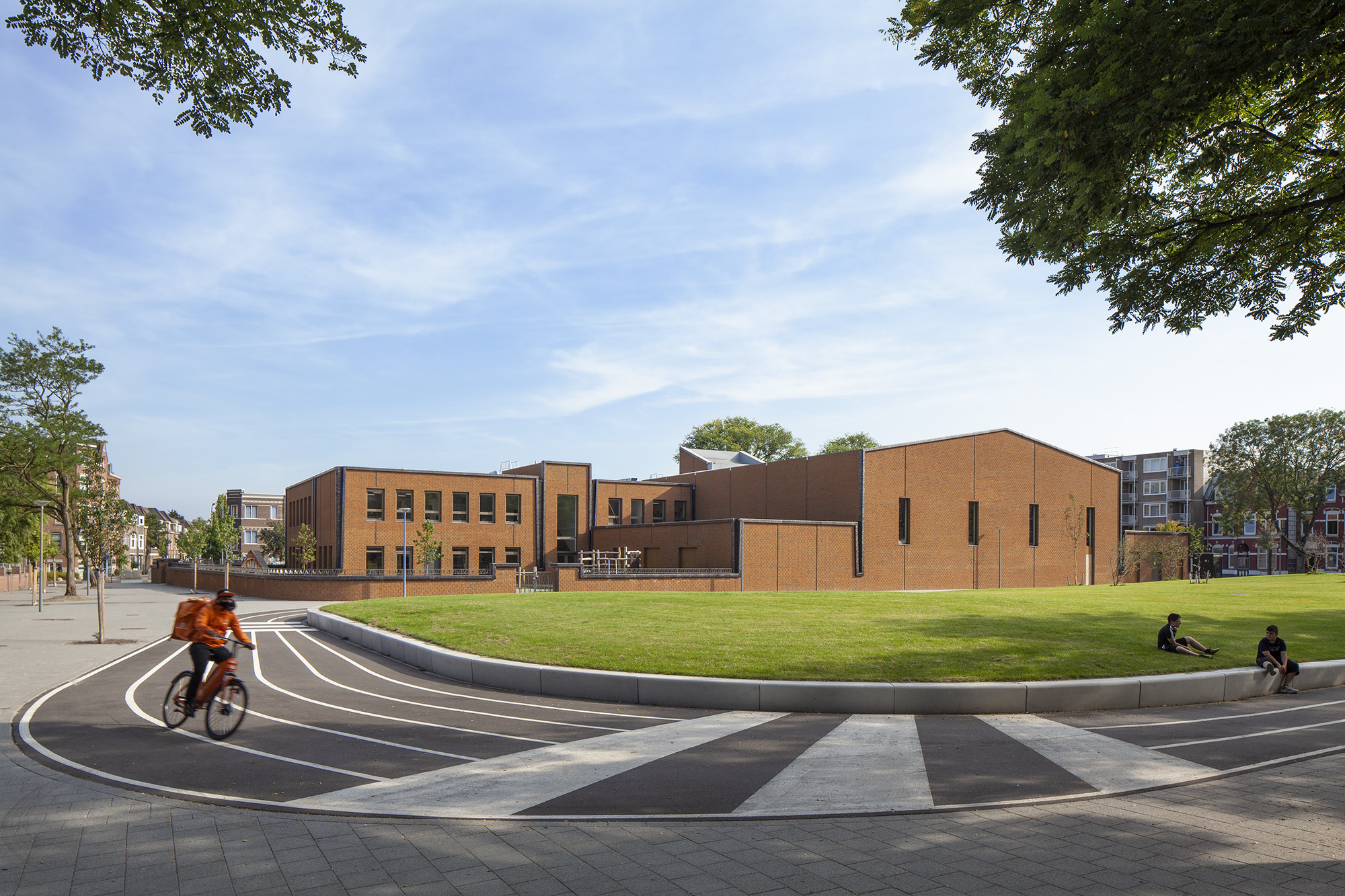 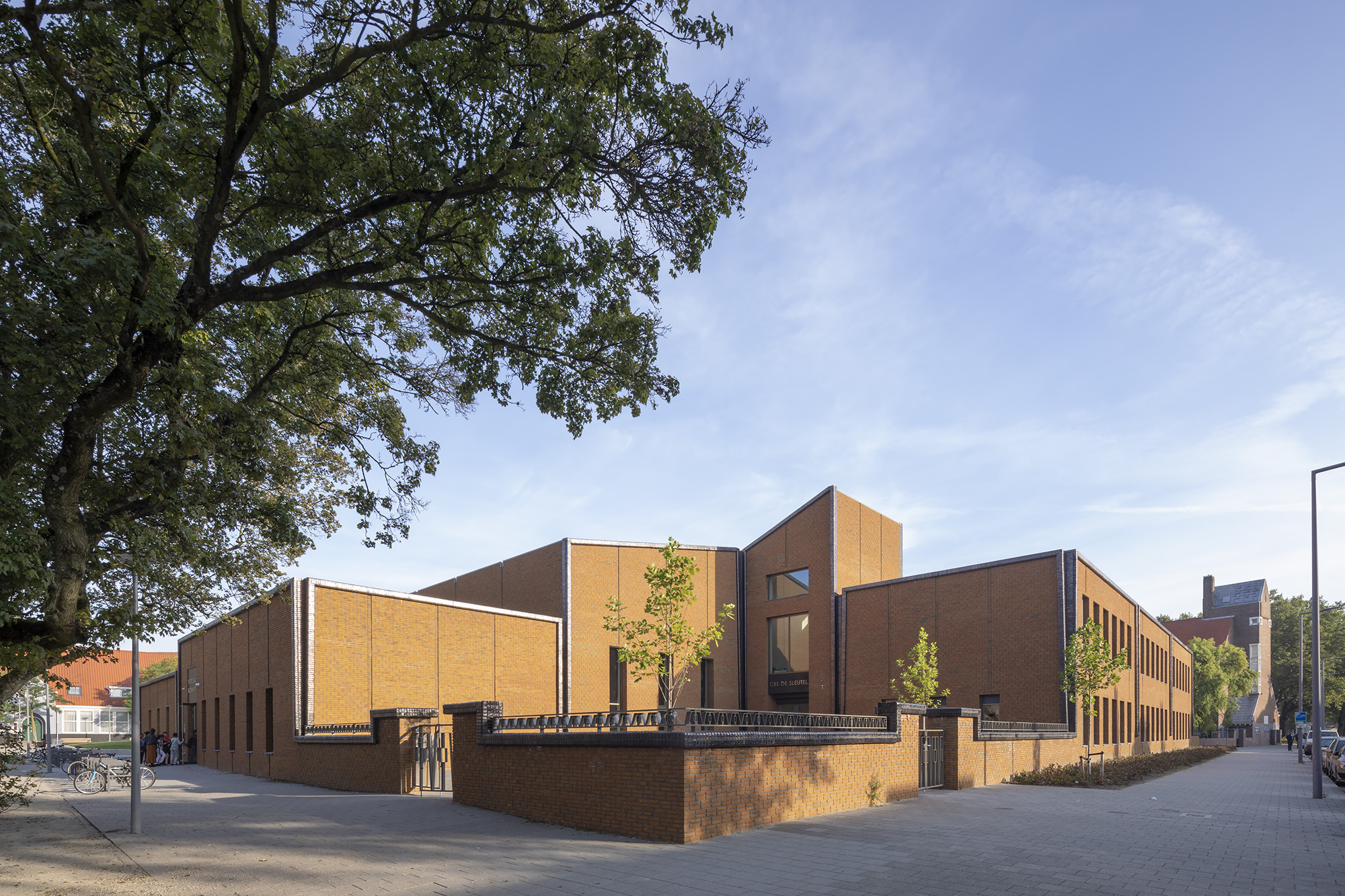 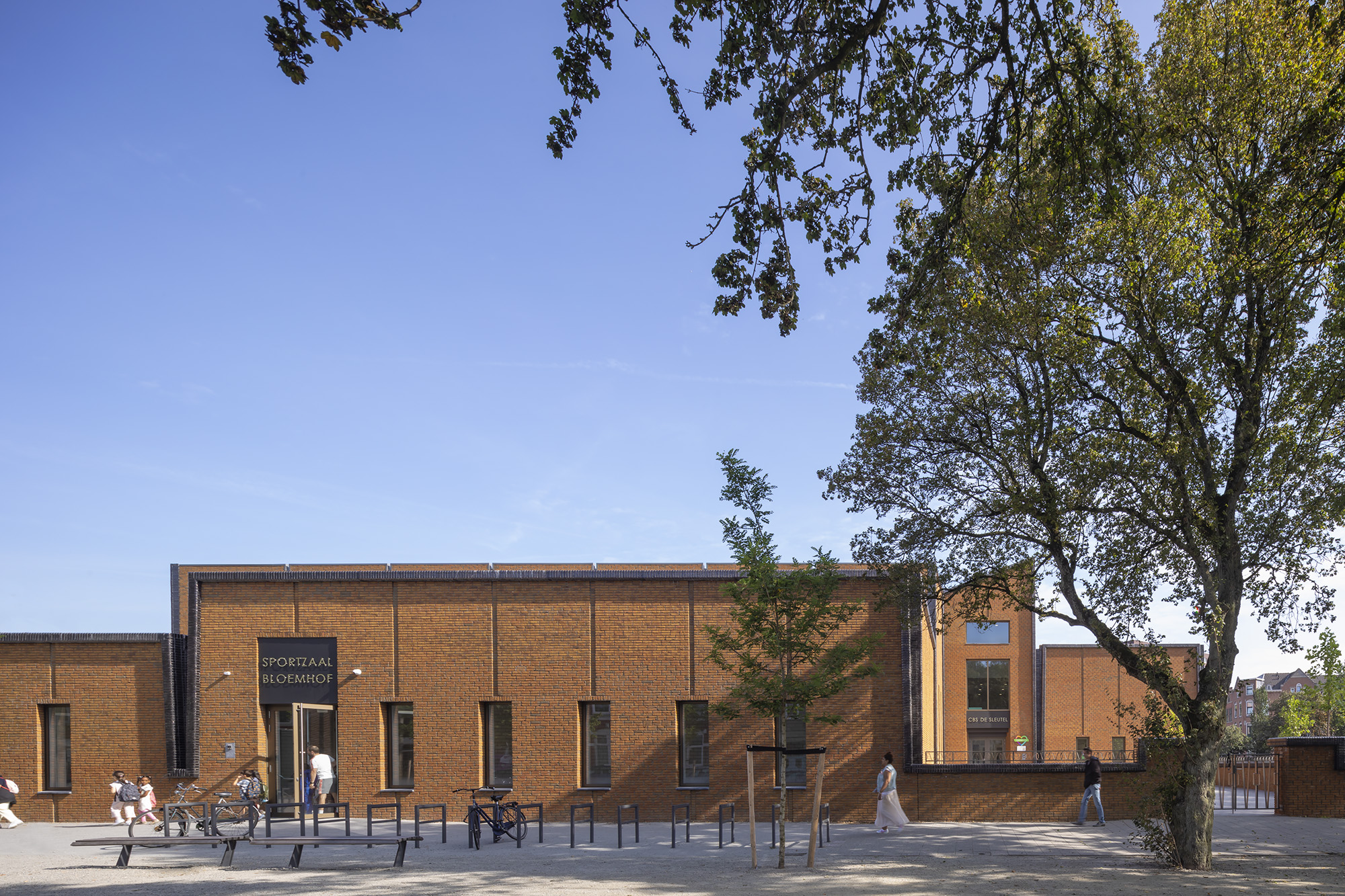 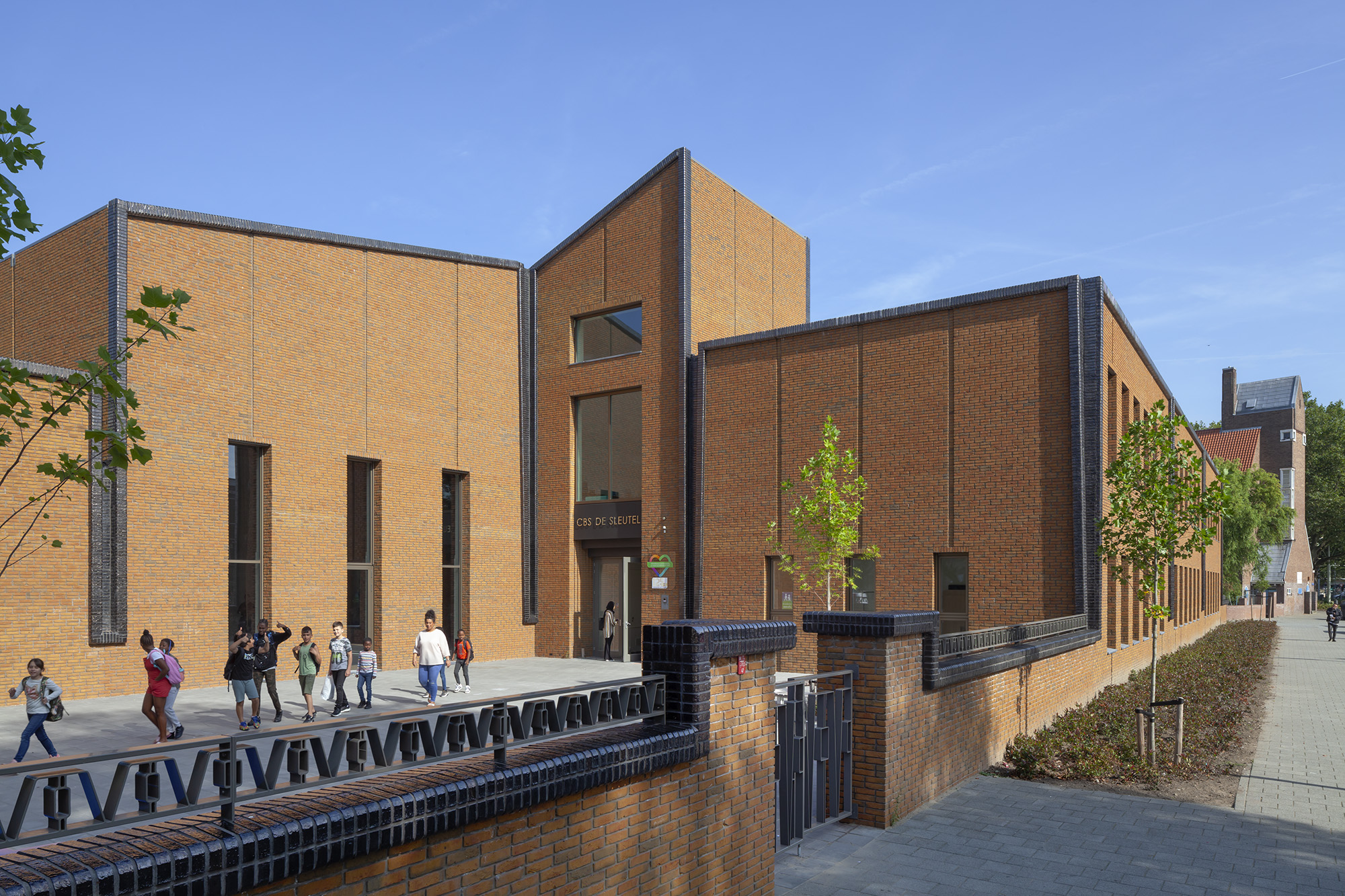 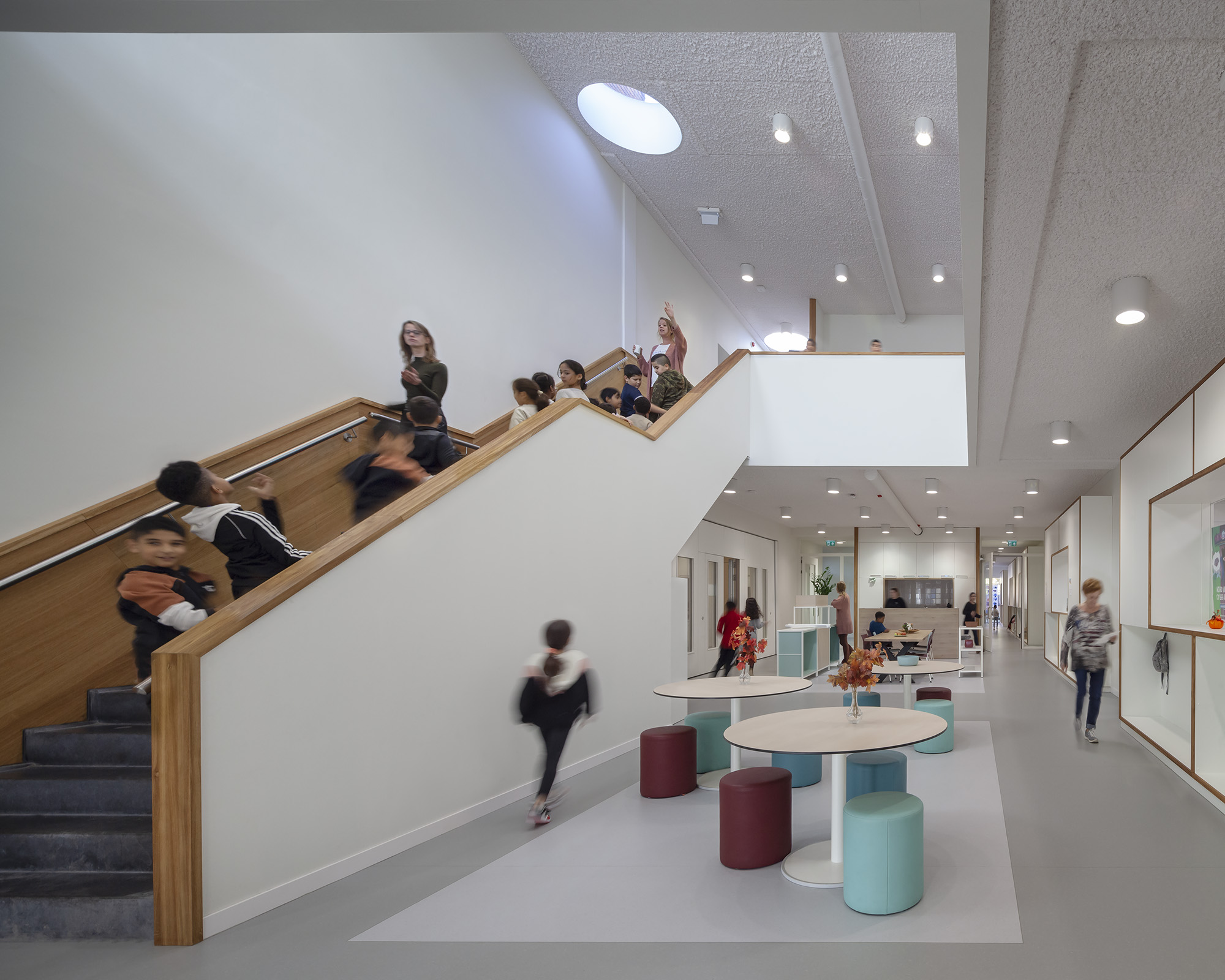 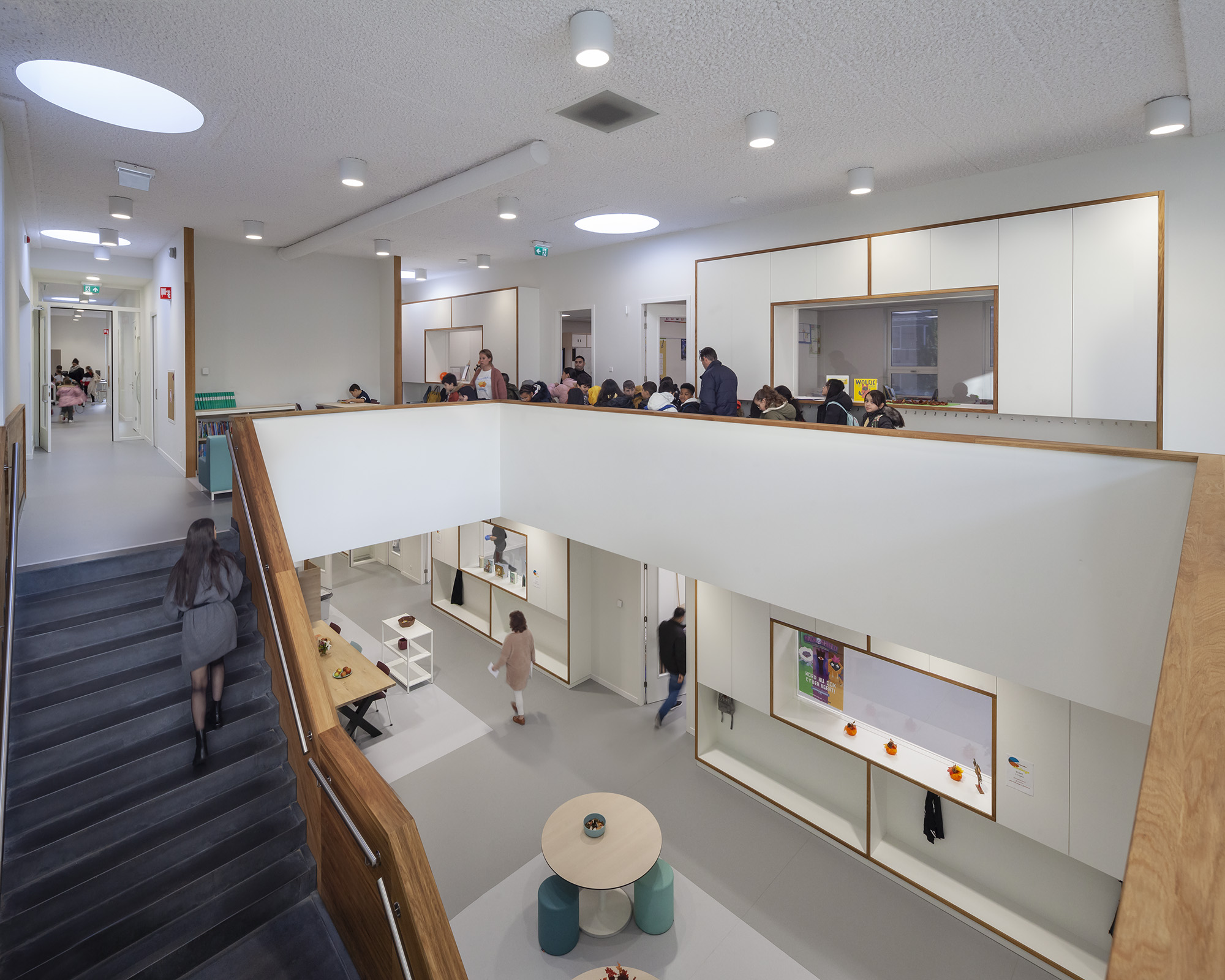 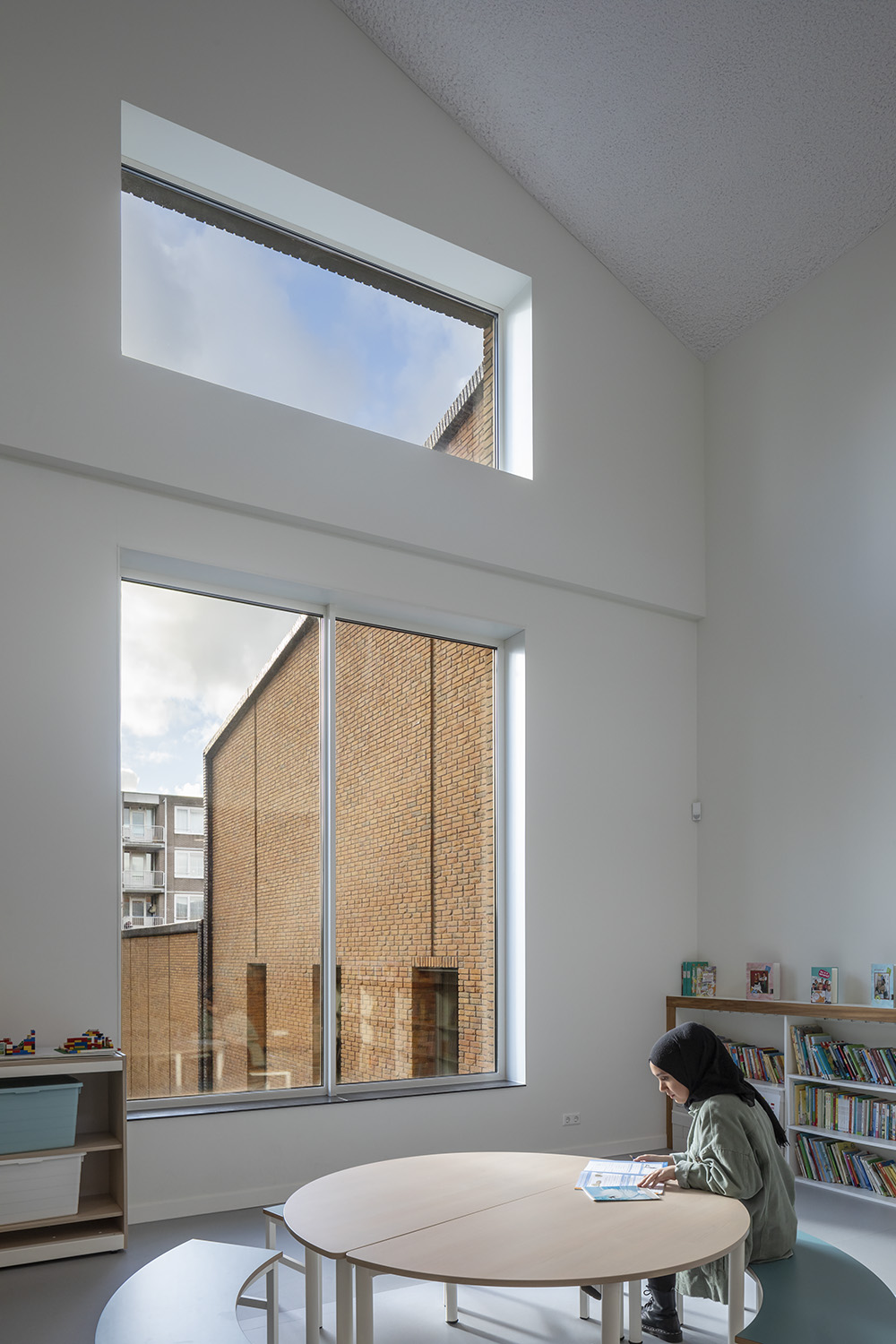 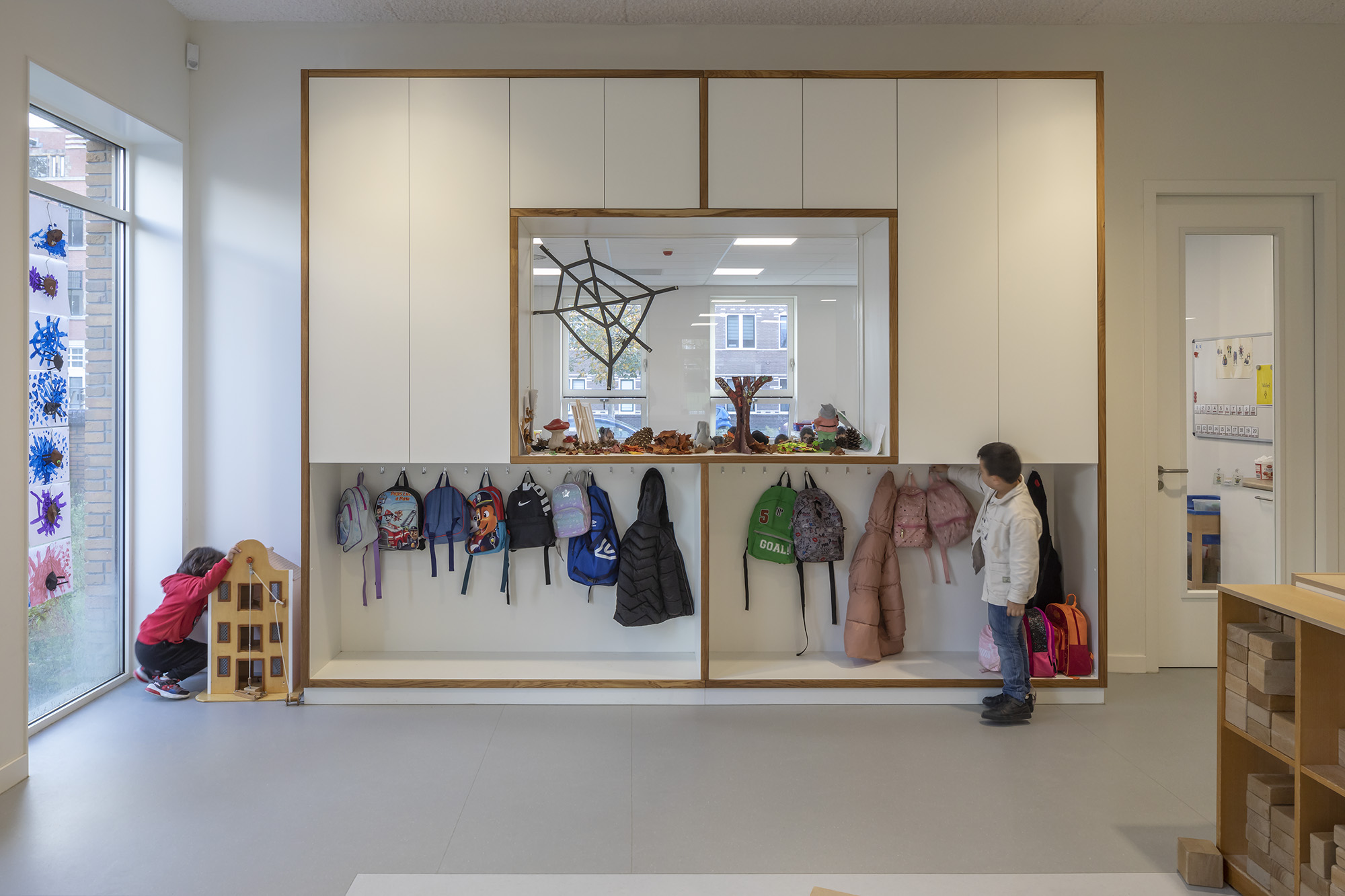