Cluster Zuid was designed by architect Joop van Stigt in the late 1970s for the Faculty of Humanities of Leiden University. It’s remarkable for its structuralist dimensioning, which corresponds to the ‘grain of the city’ and is expressed in a clear grid of mushroom-shaped concrete columns.

The building is to be renovated and enlarged from 7,850 m² to 11,400 m². It will house more than 700 teaching and self-study spaces, two lecture halls, study and meeting rooms, common rooms and two libraries.

The renovation of Cluster Zuid is complementary to the existing design and reinforces it. Therefore the building represents not only the Zeitgeist of Joop van Stigt’s time, but also that of our own. By opting for renovation and sustainability, the building is given a new lease of life in the collective memory of Leiden.

The original building consists of seven ‘houses’. The middle one will be demolished and replaced by a new heart with one large main entrance. This central heart stimulates the sense of community and exchange of knowledge that are so crucial for scientific disciplines.

In line with the architecture in the city, the façades are made of brick. The building’s character remains intact: it is part of a protected cityscape. 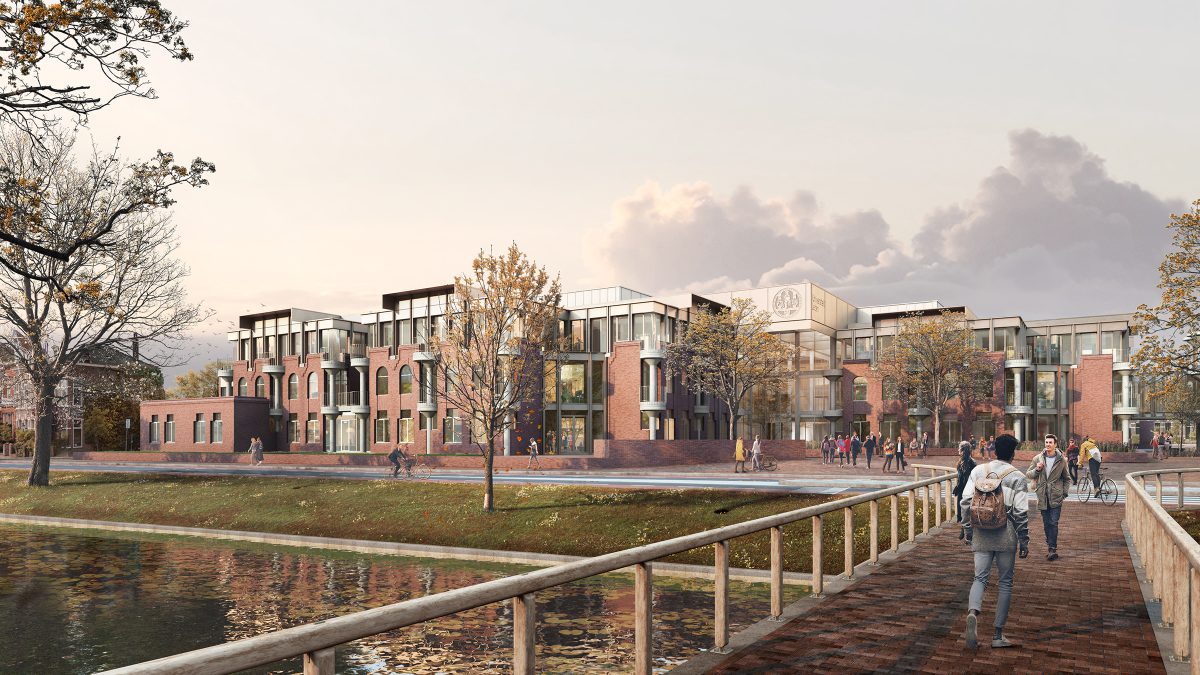 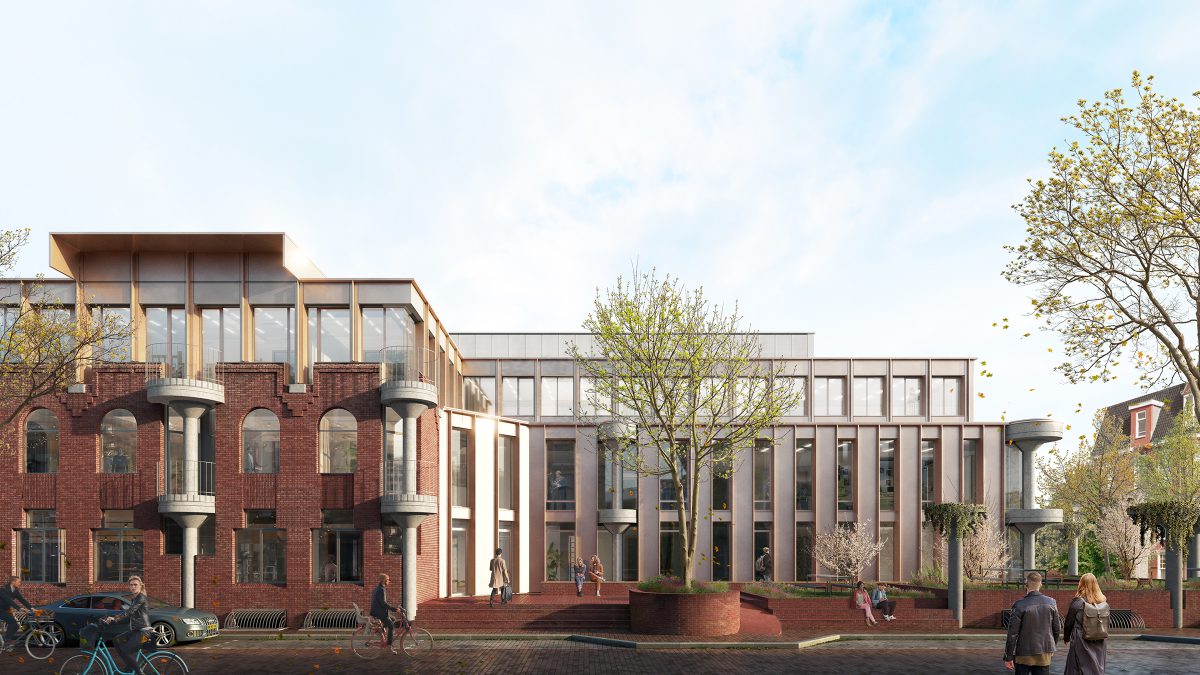 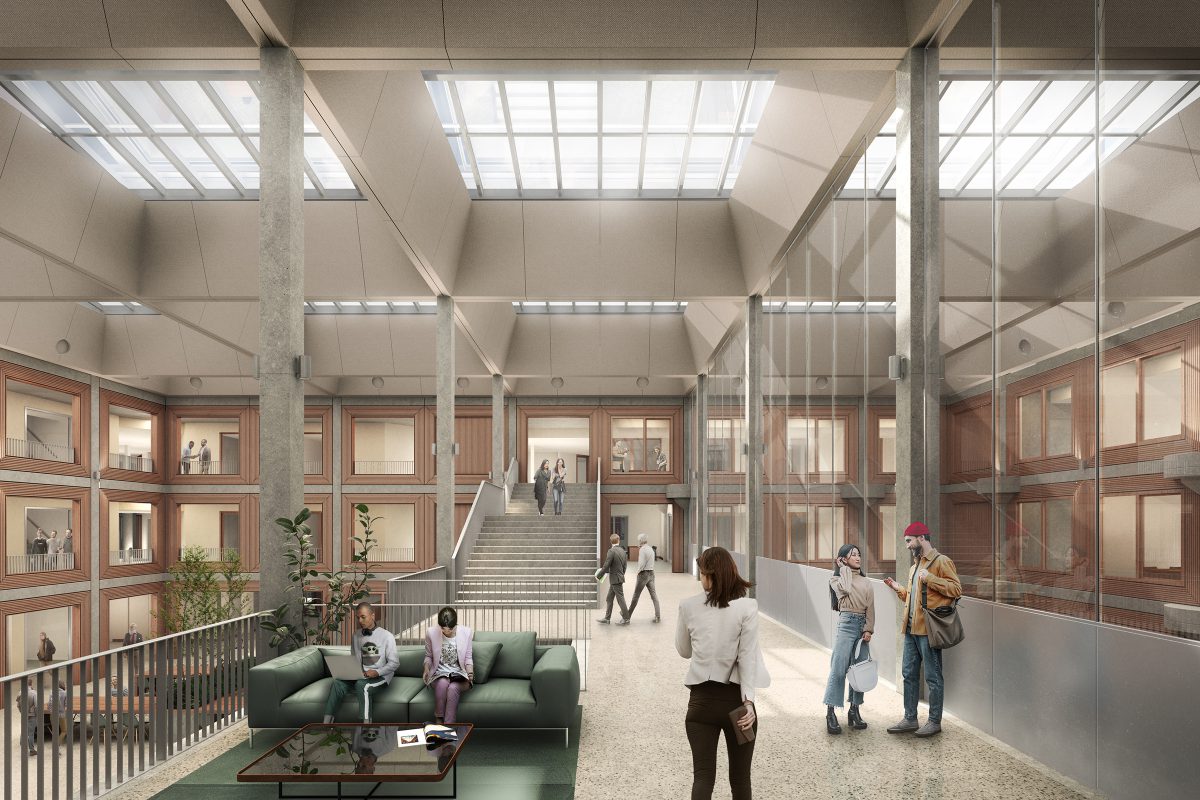 In the late 1970s, architect Joop van Stigt designed a special building for the Faculty of Humanities of Leiden University. Cluster Zuid is a beautiful piece of structuralist architecture that is now being thoroughly renovated by De Zwarte Hond. The building will be expanded from 7,850 to 11,400 m².

It will house more than 700 teaching and self-study places, two lecture halls, work and meeting rooms and common rooms, as well as the libraries of the Africa Study Centre Leiden and Middle Eastern studies. An original aspect of the building is its structuralist dimensions, which match the ‘grain of the city’. The building consists of seven individual ‘houses’, each of which is the width of two Leiden canal houses. The middle house is now being demolished and replaced by a new heart with one large main entrance. In the new situation, everyone can orient themselves from this central hall, with its new roof that lets in abundant daylight. The entire second floor will be replaced and the building will be expanded with an eighth house, made of anodised aluminum. This new addition breathes the architecture of today, so that you can see that the building is growing with the times.