The old Groeseind was a gritty, highly uniform neighbourhood of 380 small social rental homes, built in the 1920s and 1950s. This Tilburg area was characterised by narrow streets, which also included parking. There was very little greenery.

By the end of the last century, the houses were technically outdated and no longer met residents’ housing requirements. A business park with garages, a petrol station and a large textile company also caused a lot of nuisance. It was decided to transform the outdated neighbourhood. De Zwarte Hond designed the master plan in 2006 and later the urban plan.

Renewed, the fresh, green neighbourhood seems to have always been there

The main means used for restructuring are the addition of more (public) green space and the diversification of the housing supply. New green streets and squares enhance the qualities of the residential environment and provide connections between the old and new parts of the neighbourhood. So-called ‘Delft pavements’ and seating elements invite you to make intensive use of the green outdoor space.

Restructuring processes have a long realisation period. By conducting an open dialogue from the start, trust, commitment and a solution-oriented approach were created. Many participants were involved in this: old and new residents, four benevolent clients, a proactive municipality and a large number of designers. 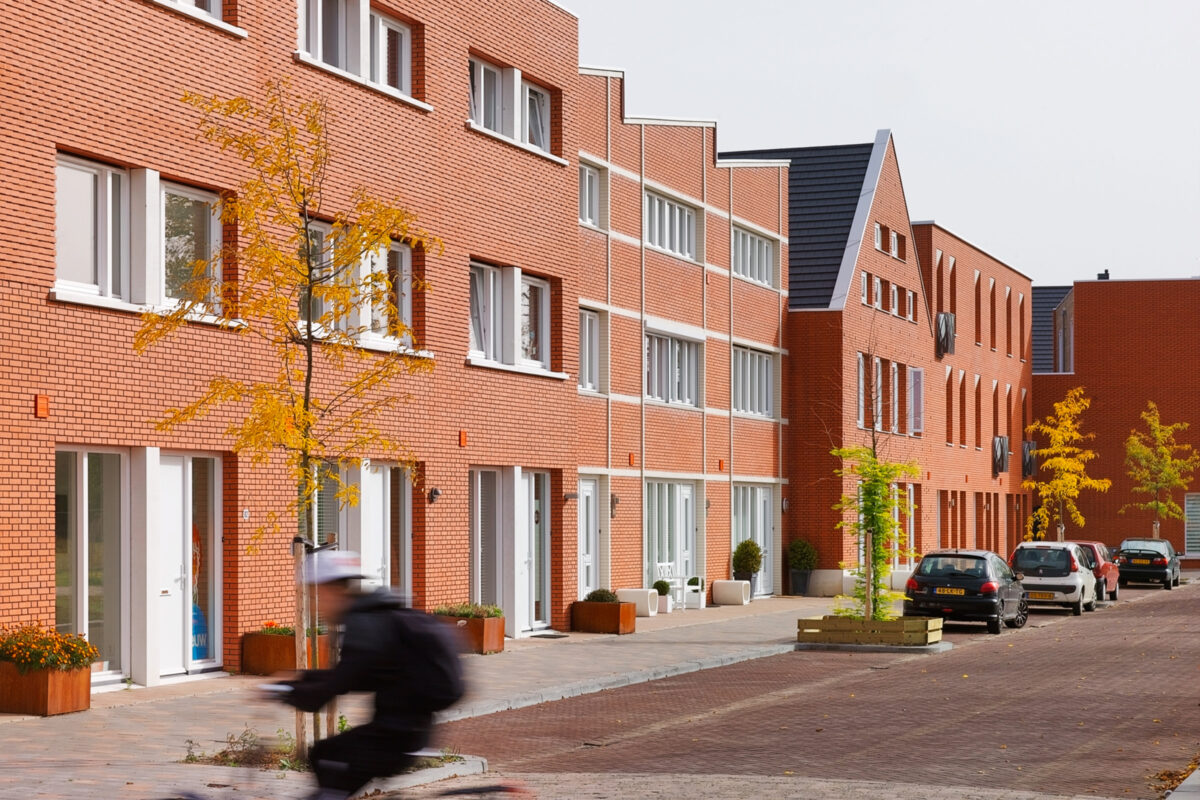 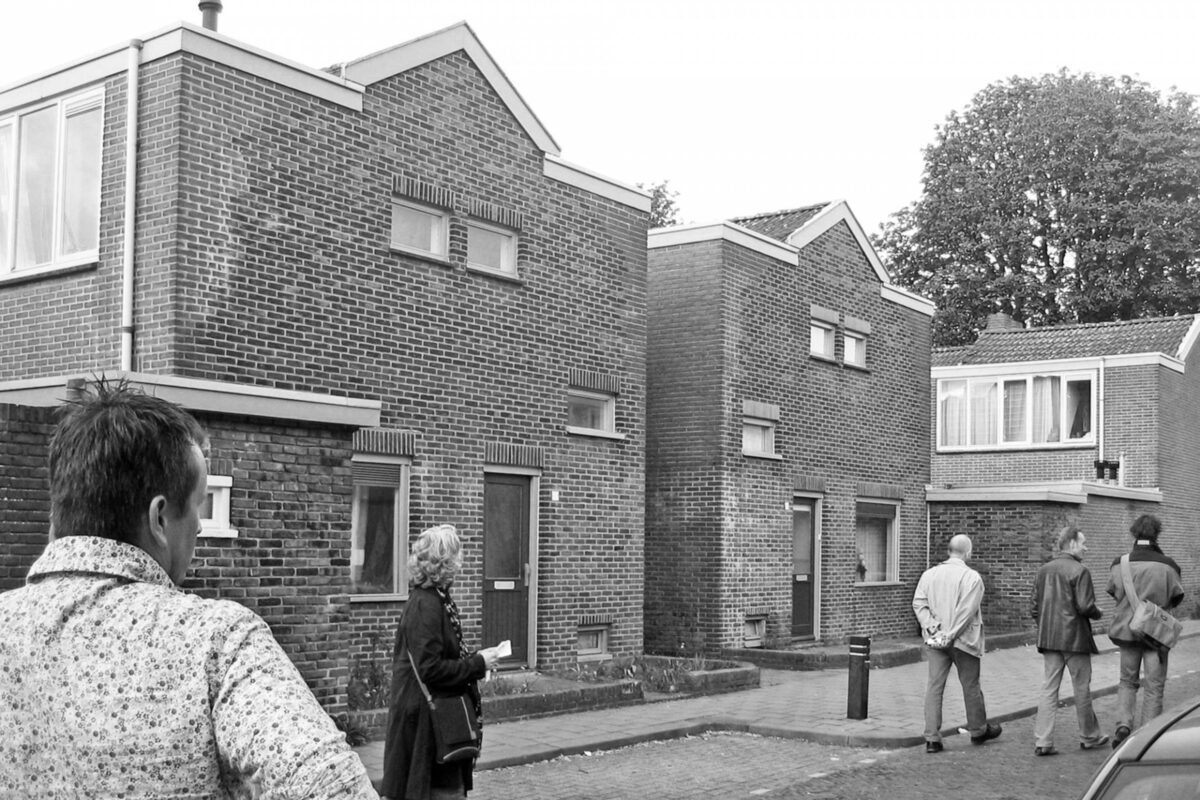 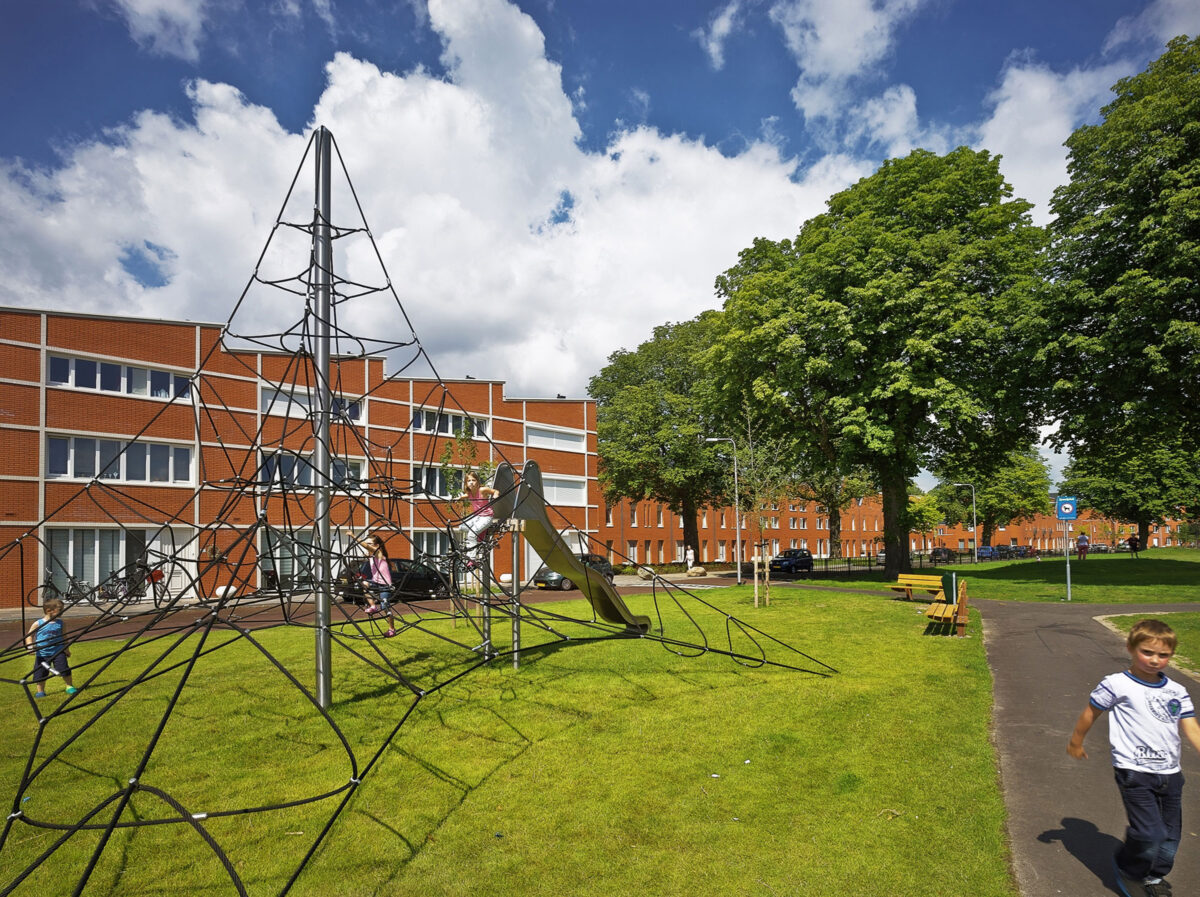 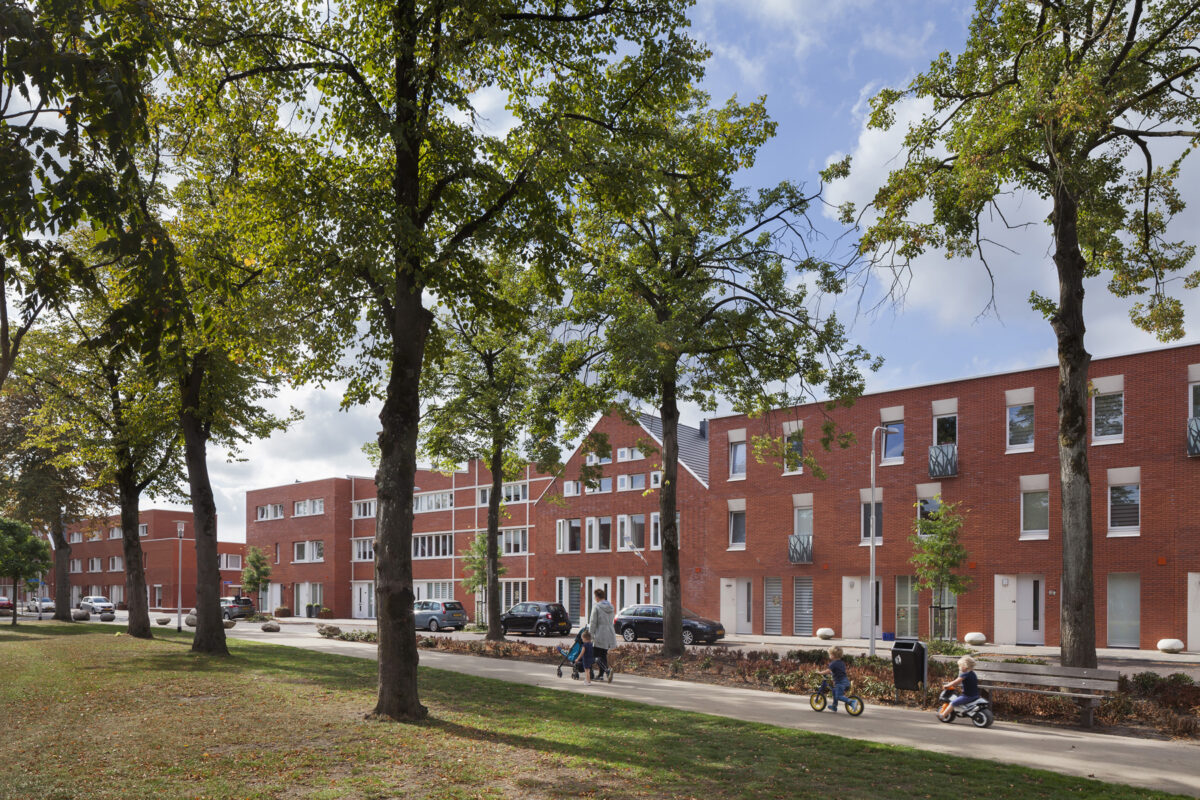 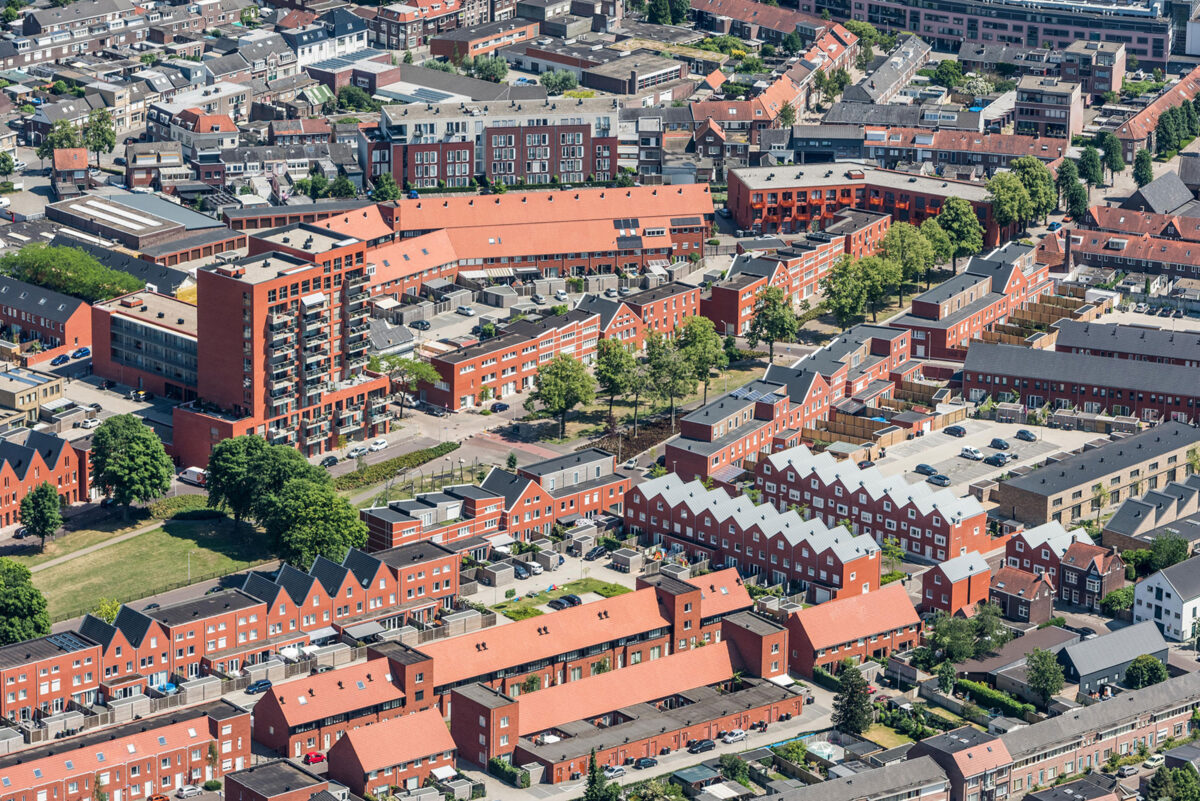 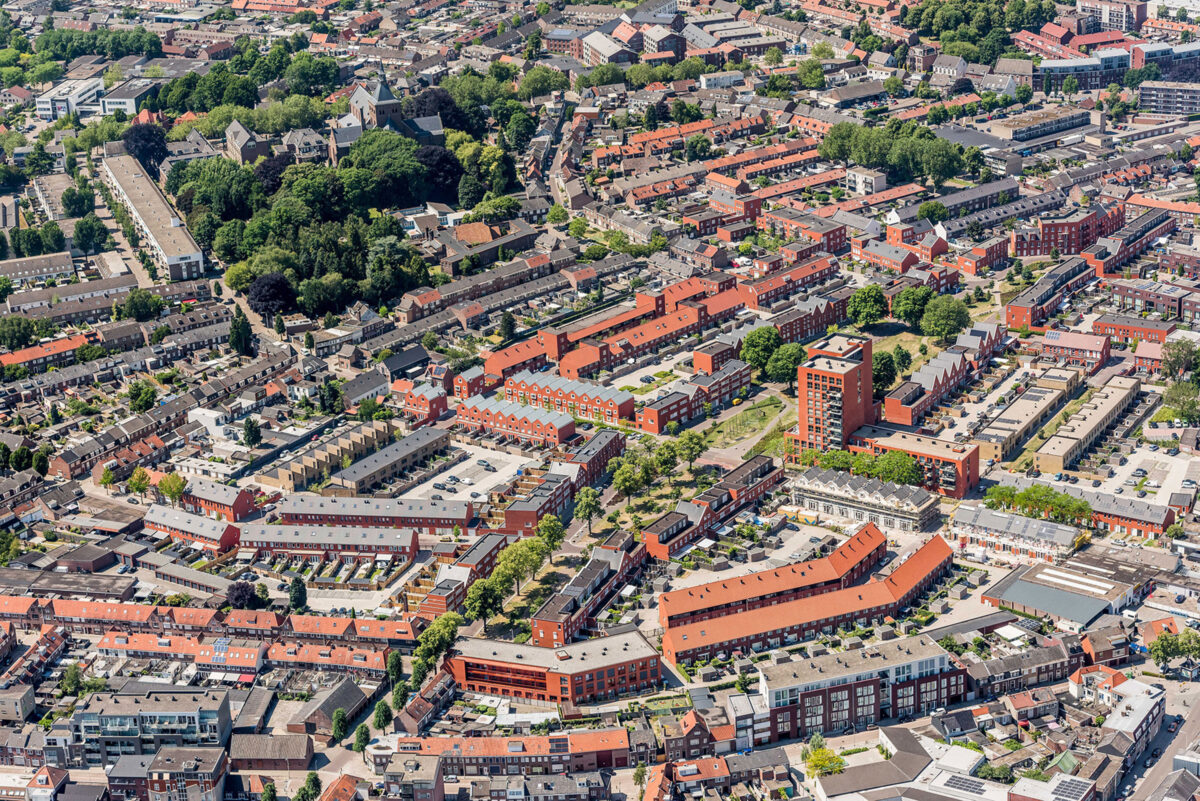 In the first place, the residential streets have a homely character

The former working-class neighbourhood of Groeseind in Tilburg, built around the D.P. van Maren textile mill, has been restructured. From a typical pre-war neighbourhood with small houses, little greenery and streets full of cars, it has been transformed into a fresh, green neighbourhood with an open character that feels as though it has always been there. It has become a diverse and popular place, with a wide variety of rental and owner-occupied homes, whose design gives the surrounding neighbourhoods a positive impulse.

The basis of the plan is a framework of green, public space. In the centre is an elongated park where local residents can play, rest and relax. The city walkways end up here and are guided around the park. The residential streets have a principally residential character. A large number of them are even closed to through traffic. Parking has been solved out of sight in the intermediate areas. By starting from the existing urban fabric, the neighbourhood sits very naturally in the district. Nine architects were engaged to design the homes for the renewed Groeseind.