The Grunobuurt in Groningen is within walking distance of the station, between the city centre and the Stadspark. Old photographs show that the neighbourhood was built for a completely different society. Over the years, the pressure on public space increased, the houses became outdated, and housing preferences changed. In 2004, it was decided to carry out a large-scale renovation of the neighbourhood.

Together with the residents, a plan was made for a completely new neighbourhood that meets the requirements of today, with pleasant, light, sustainable homes for everyone.

The narrow streets and shallow houses make way for a more robust layout, with two strips instead of three, without losing the varied spatial structure of the neighbourhood. By playing with heights, the streets get more light, and the façades are visually varied.

With a wide mix of housing types, the Grunobuurt remains accessible to everyone and a diversity of residents is guaranteed. The ground floor apartments have front doors on the street throughout the neighbourhood, so that it is always lively.

The visual quality plan ensures a varied unity through rules for the layout of public space, the façade structure and the entrances to the building blocks within the neighbourhood. 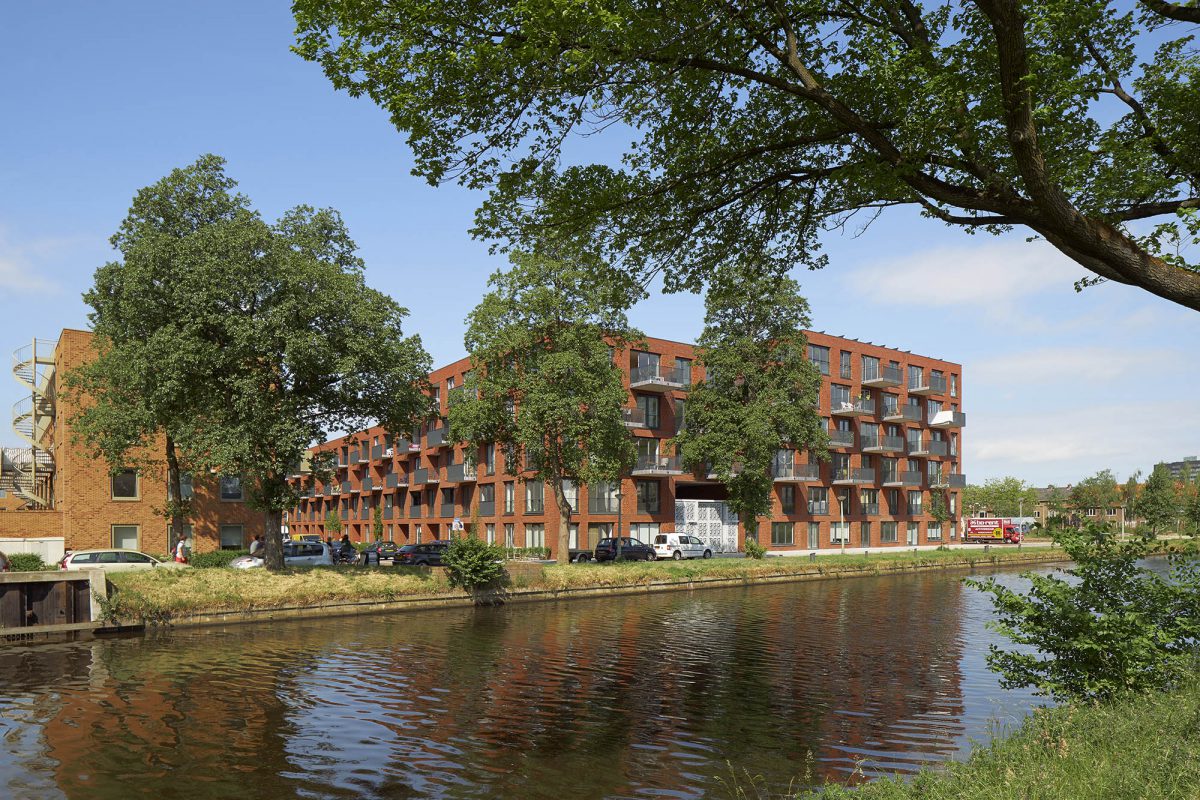 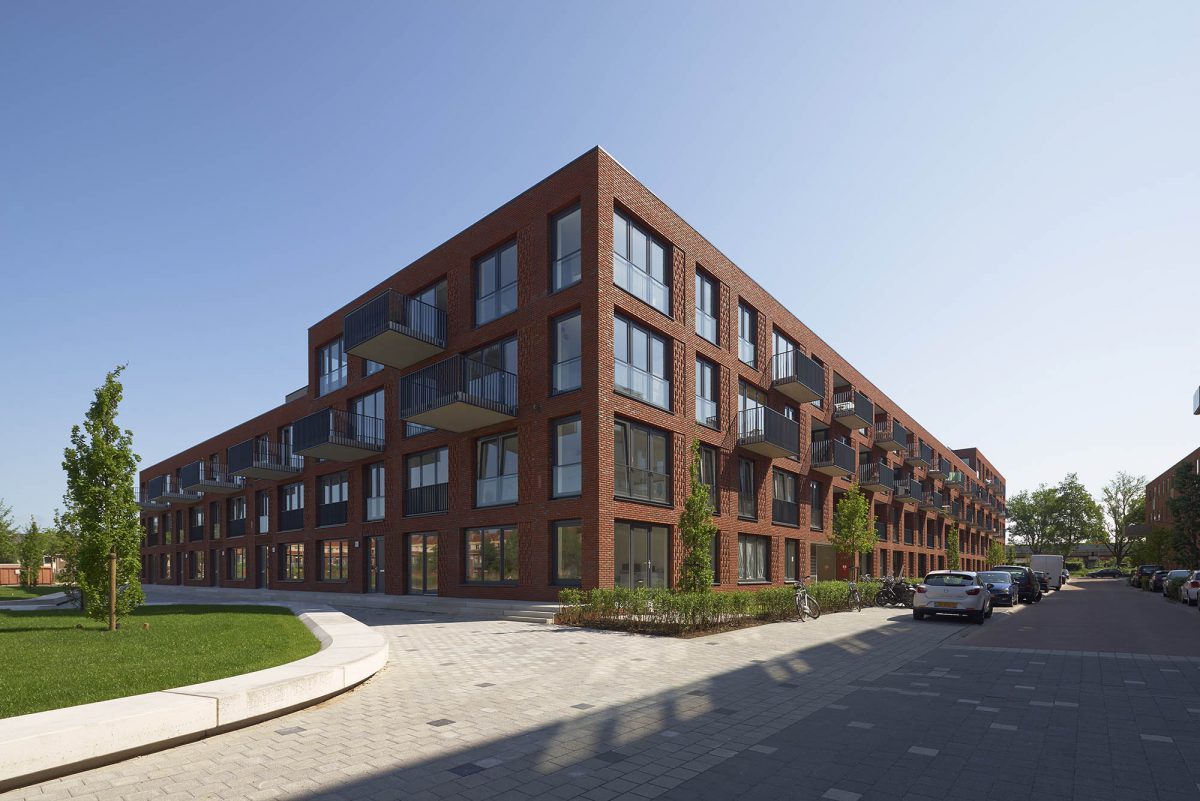 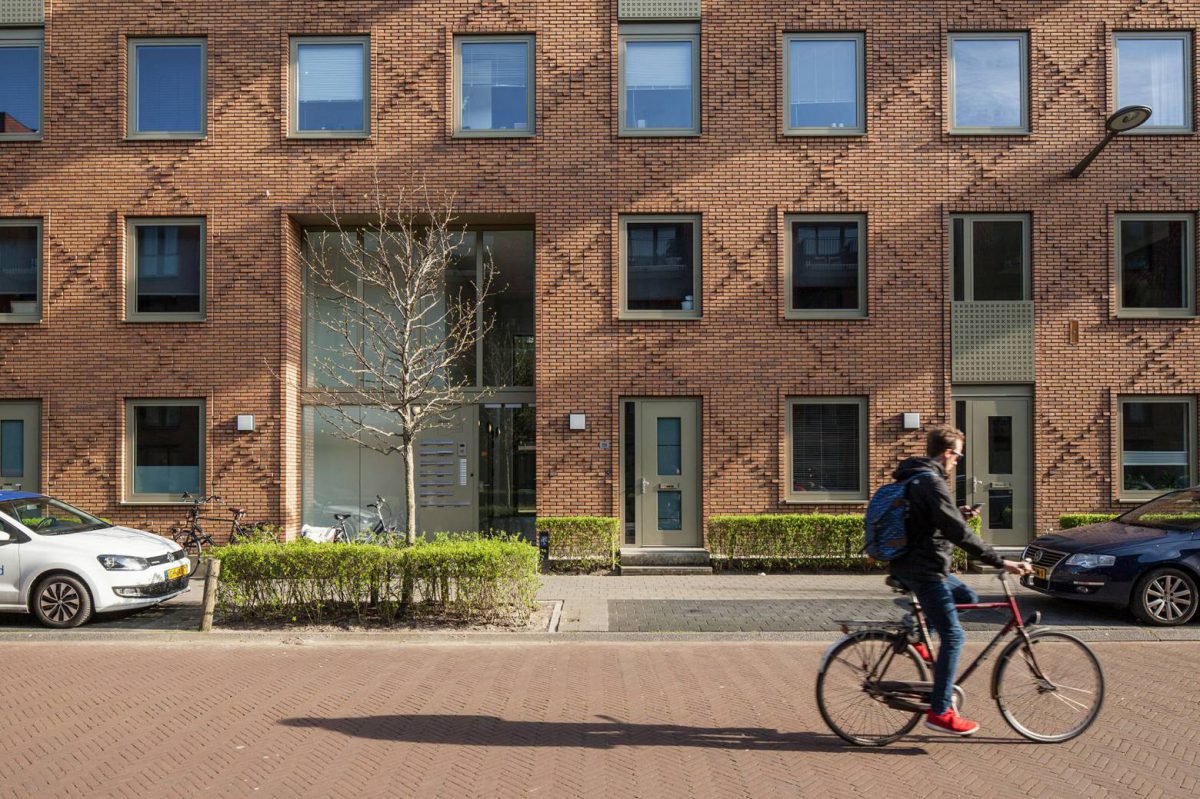 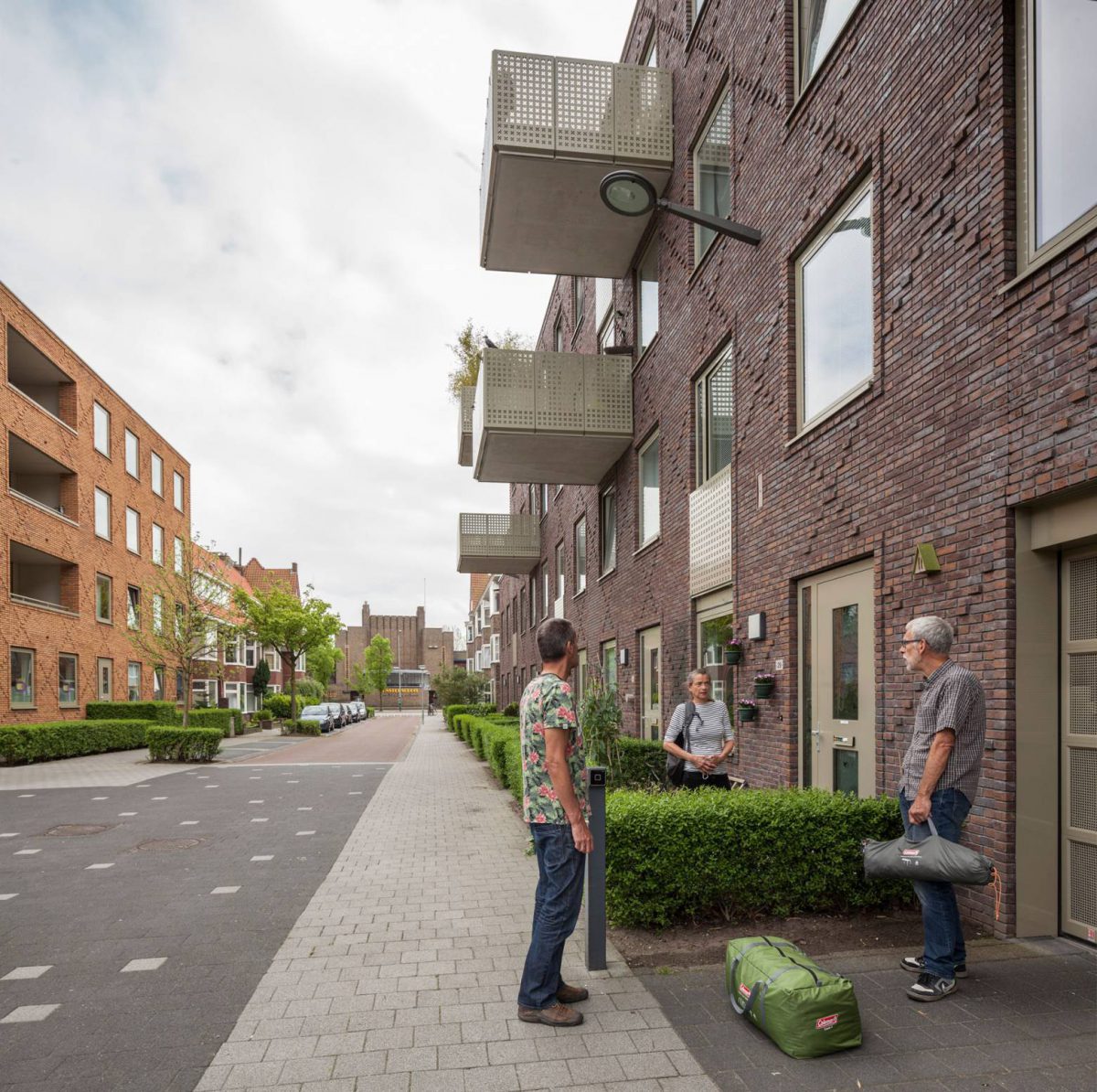 The Grunobuurt in Groningen was created during a major housing shortage after the First World War. In 2004, it was decided to renovate the district on a large scale: the houses turned out to be in poor technical condition and the quality of life was unsatisfactory. In drawing up the new urban development plan, De Zwarte Hond took – in close consultation with residents – the valued ‘varied unity’ as a starting point: within the recognisable urban fabric, there was a great variety of special places.

The plan consists of an ensemble of eight closed brick building blocks that rise in steps and have height accents at various angles. The unity is obtained by unambiguous and recognisable building volumes. In addition, the unity is reinforced by rules for the layout of the public space, the façade structure and the entrances to the building blocks. The variation was sought, for example, in profiles, detailing, brick types and gutter heights.

The principle of ‘varied unity’ is also reflected in the choice of the architects. Three architectural firms were selected for the design of the eight building blocks: De Zwarte Hond, Maccreanor Lavington and DiederenDirrix.