The HS district is the area to the south of the railway line that connects with Den Haag Hollands Spoor station. It comprises Laakhaven, Kop van de Binckhorst and Hoefkade. When the railway was constructed in 1843 the area was outside the city. In the ensuing years it became part of Laakhaven and today it forms an integral part of the city, despite lacking an urban character. Megastores, large office blocks and educational institutions with an inward-looking programme predominate, the small-scale fabric is lacking. And due to its location by the railway − there are only a few points where it is connected with the city centre and the surrounding neighbourhoods. Nevertheless it has a strategic location: within the central ring road, along the national and international railway and close to the motorway. 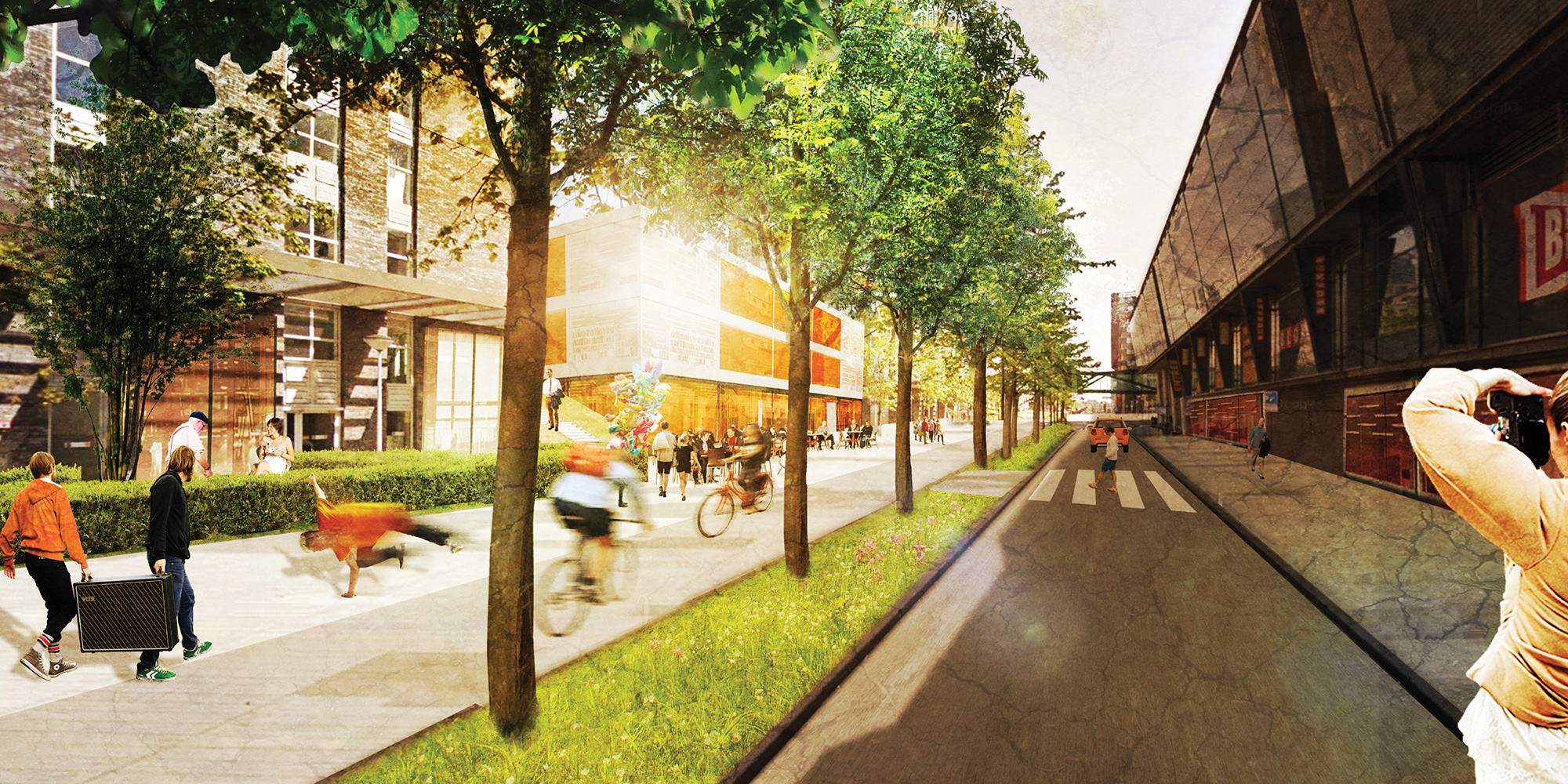 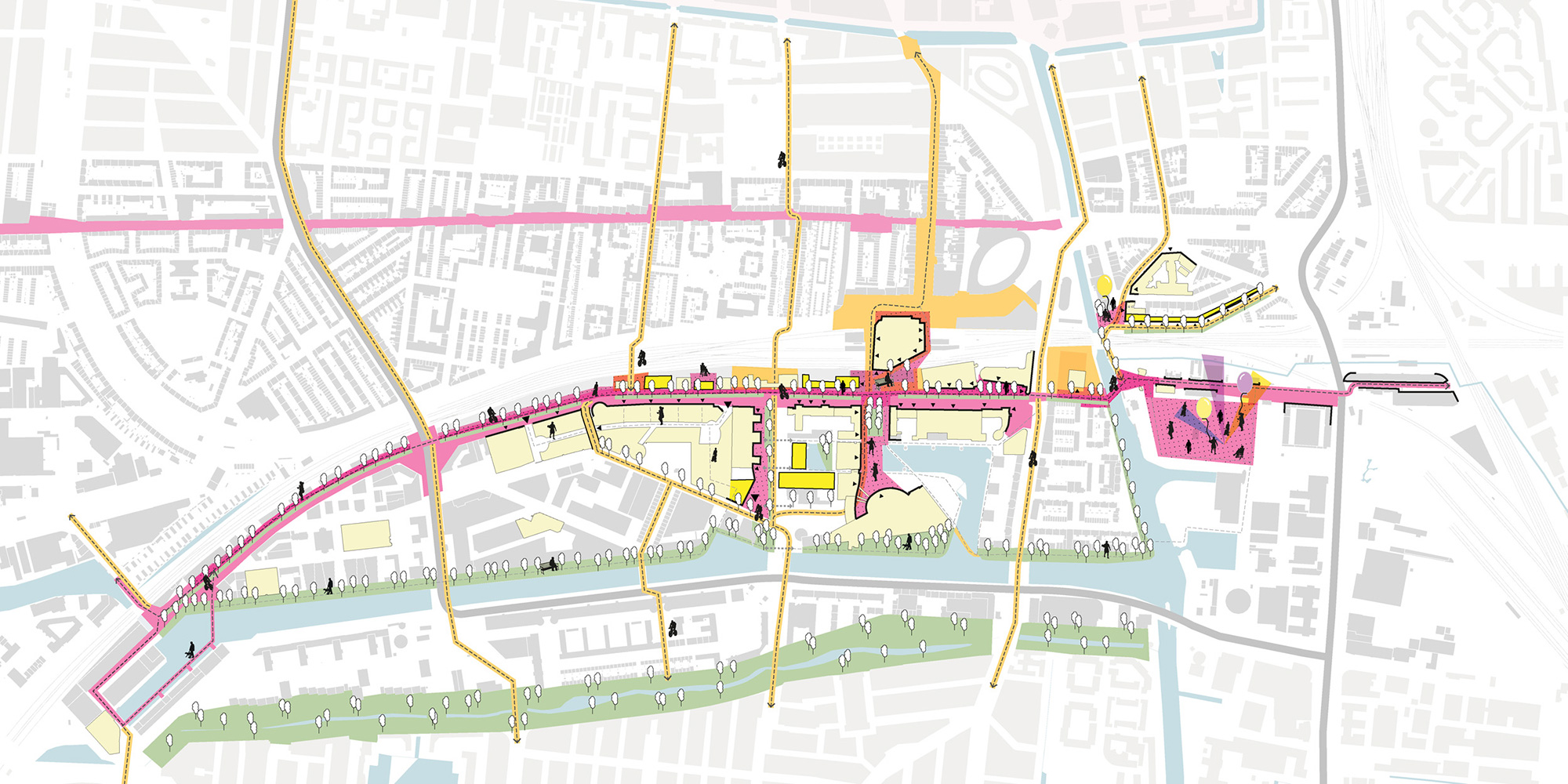 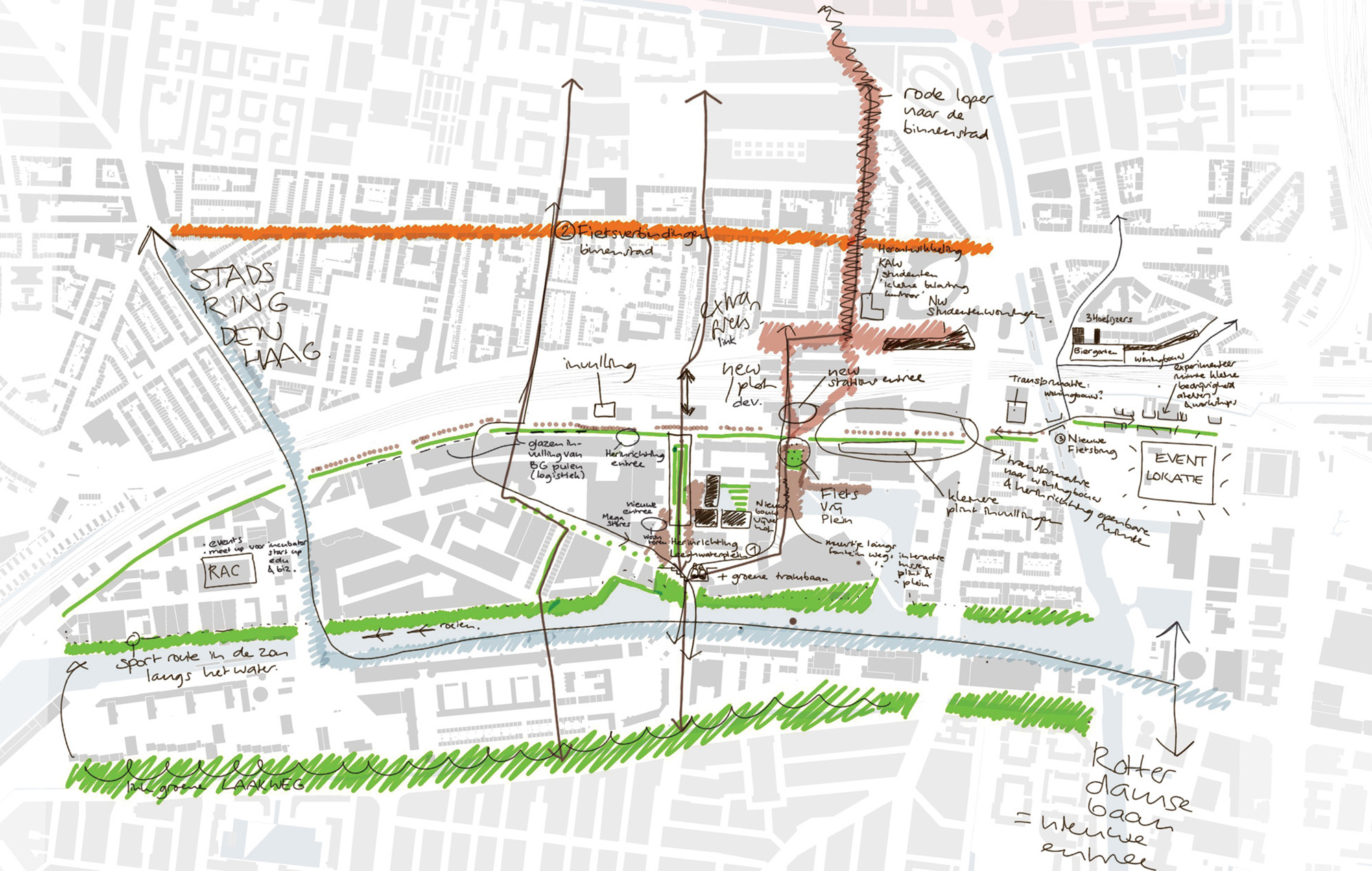 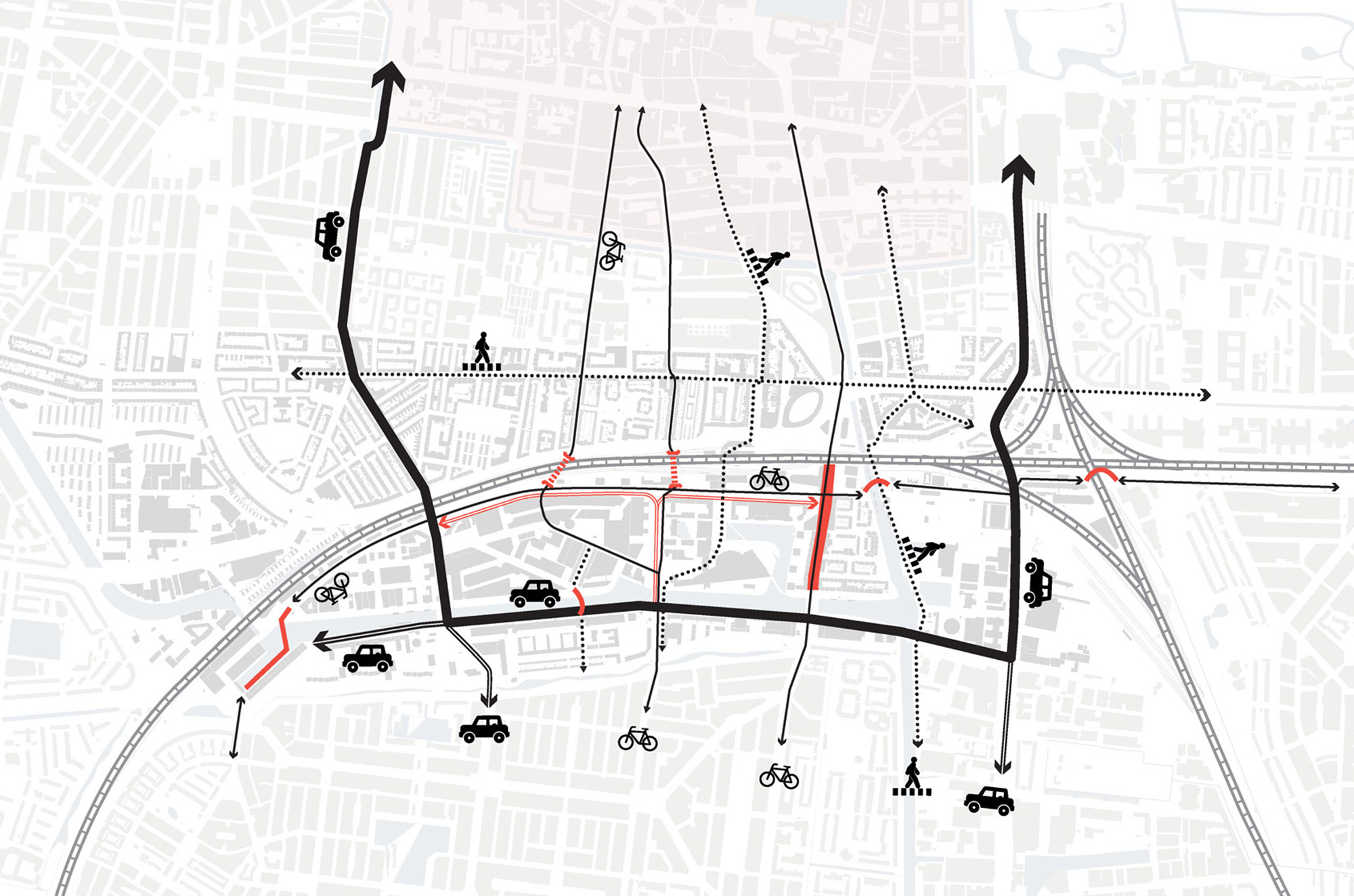 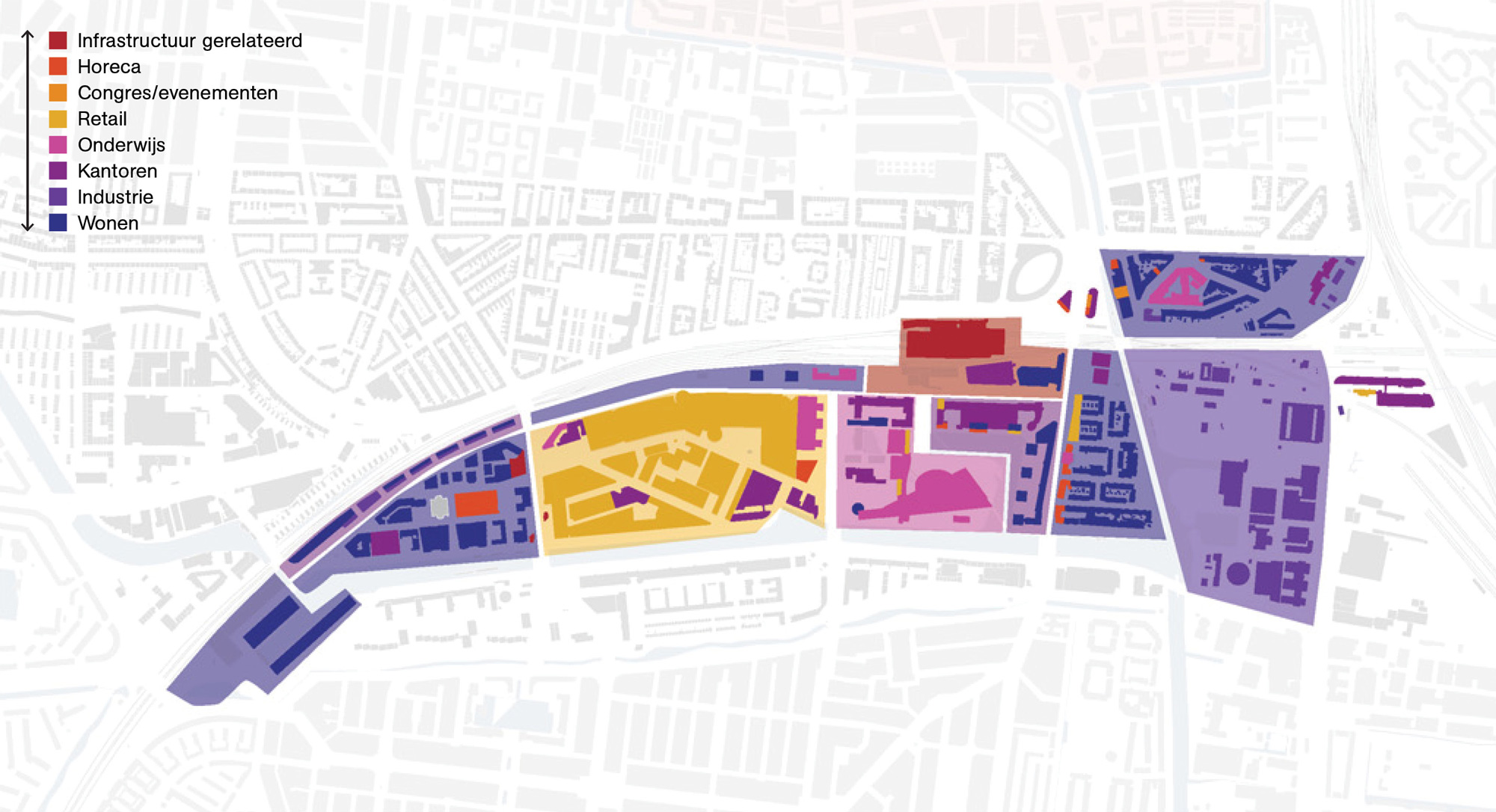 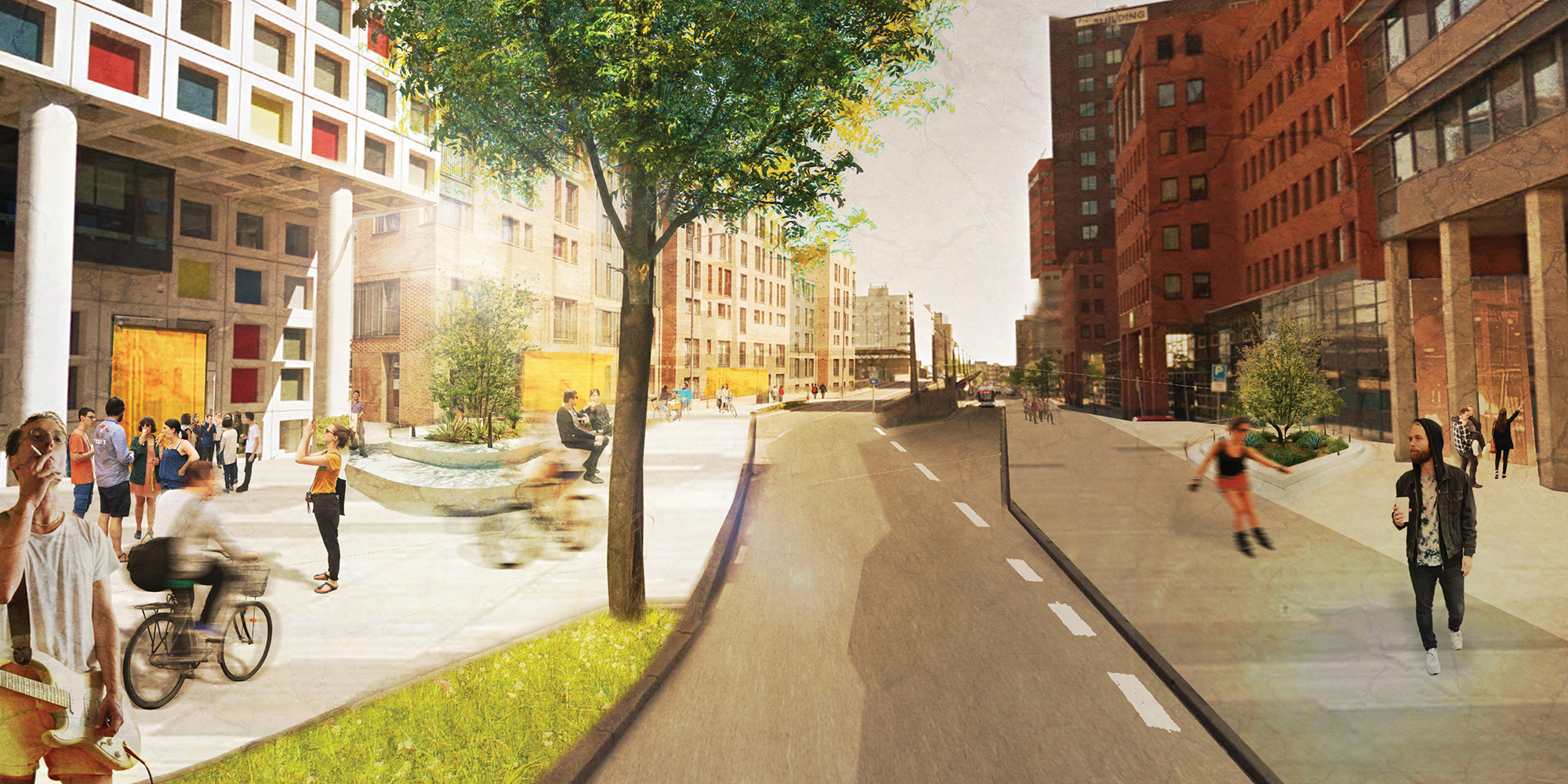