Nine luxury, three-room apartments with garden or veranda on Badweg on the island of Schiermonnikoog realised by De Zwarte Hond. The Koningskaars apartment complex is named after the dune plant of the same name and its architecture and urbanism form part of De Ville Buiten project realised by De Zwarte Hond in 2008.
In 2008 De Ville Buiten won the BNA prize for the North region’s most beautiful building of the year. According to the jury report at the time: “It is a plea for professional craftsmanship, and quality that deserves to be emulated in mainstream house building.” And for Koningskaars too, the perception of the exceptional landscape and of the elements were the keynote for the design. The layout of the landscape is determined by what is already there on this part of the island: typical dune vegetation with gorse and hardy grasses. Koningskaars stands alone in this dune landscape without a boundary partition. 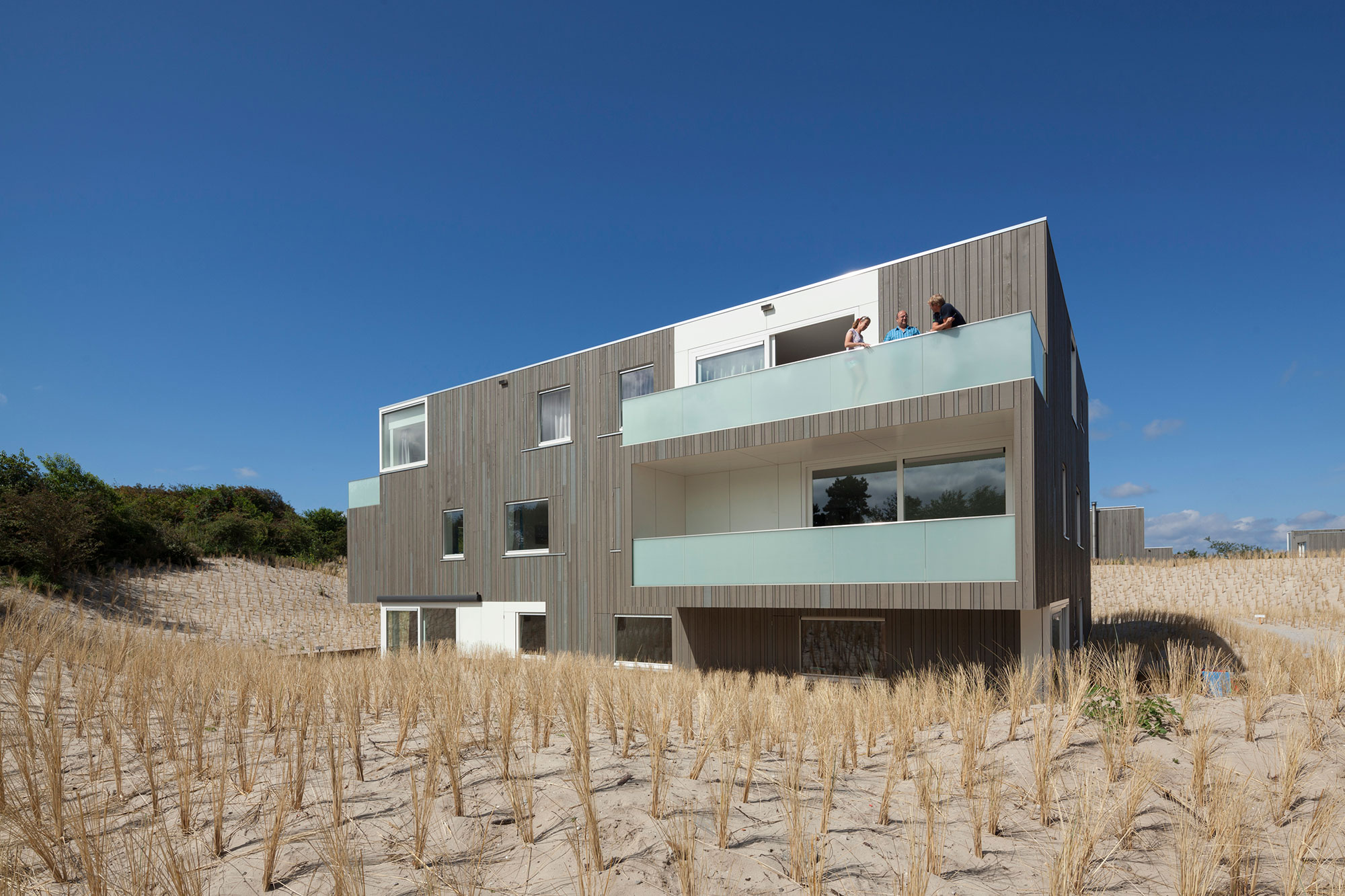 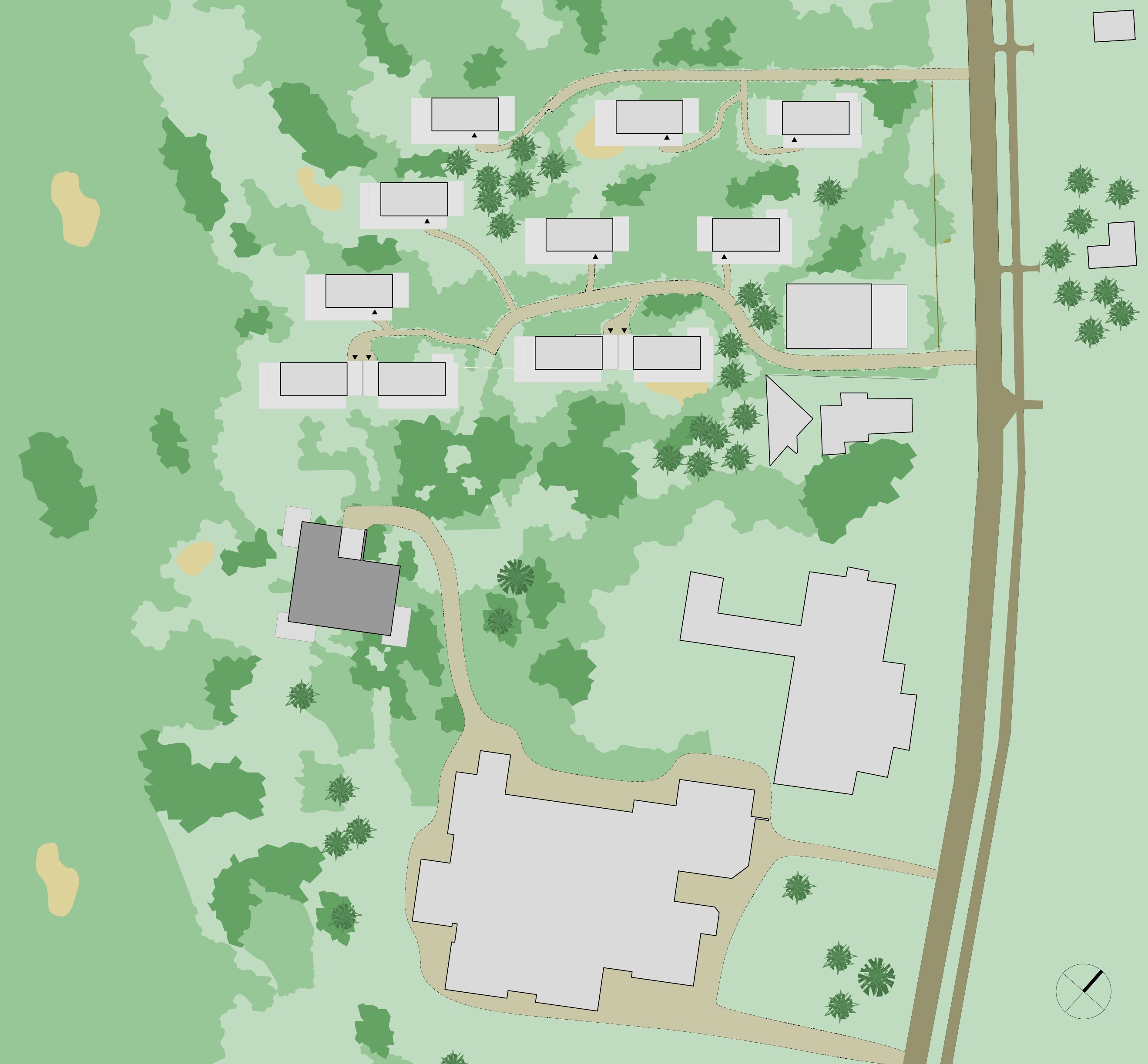 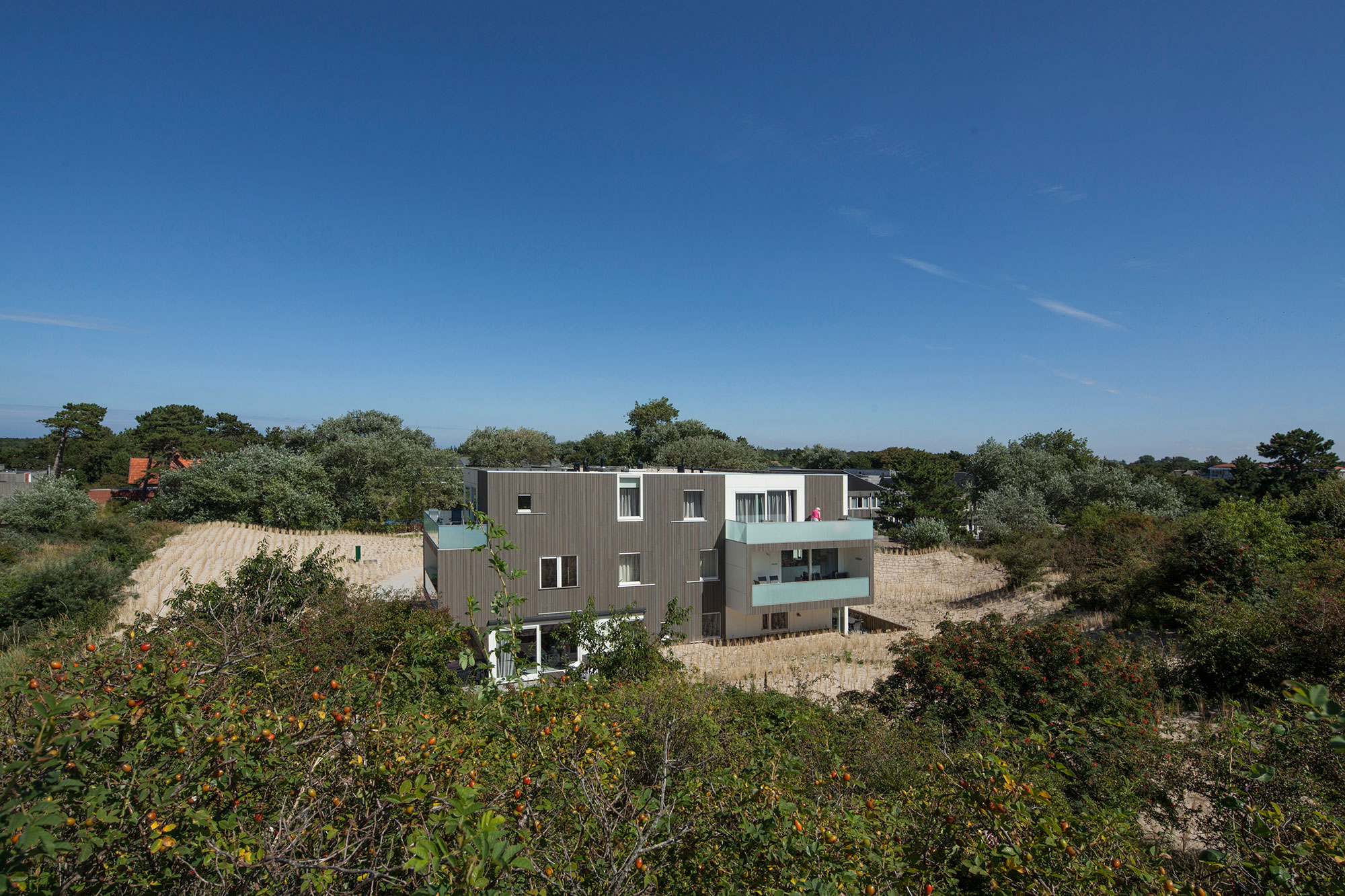 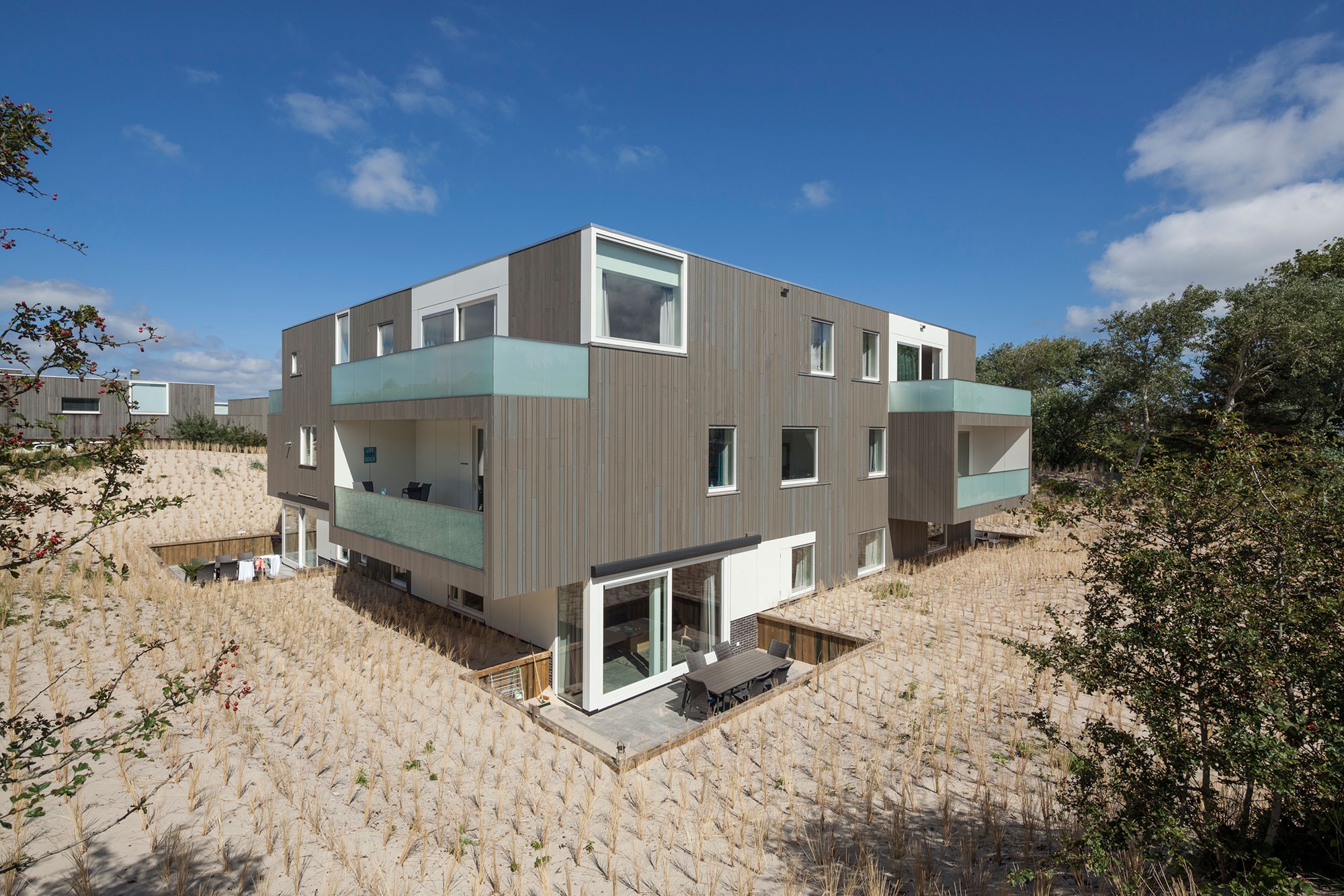 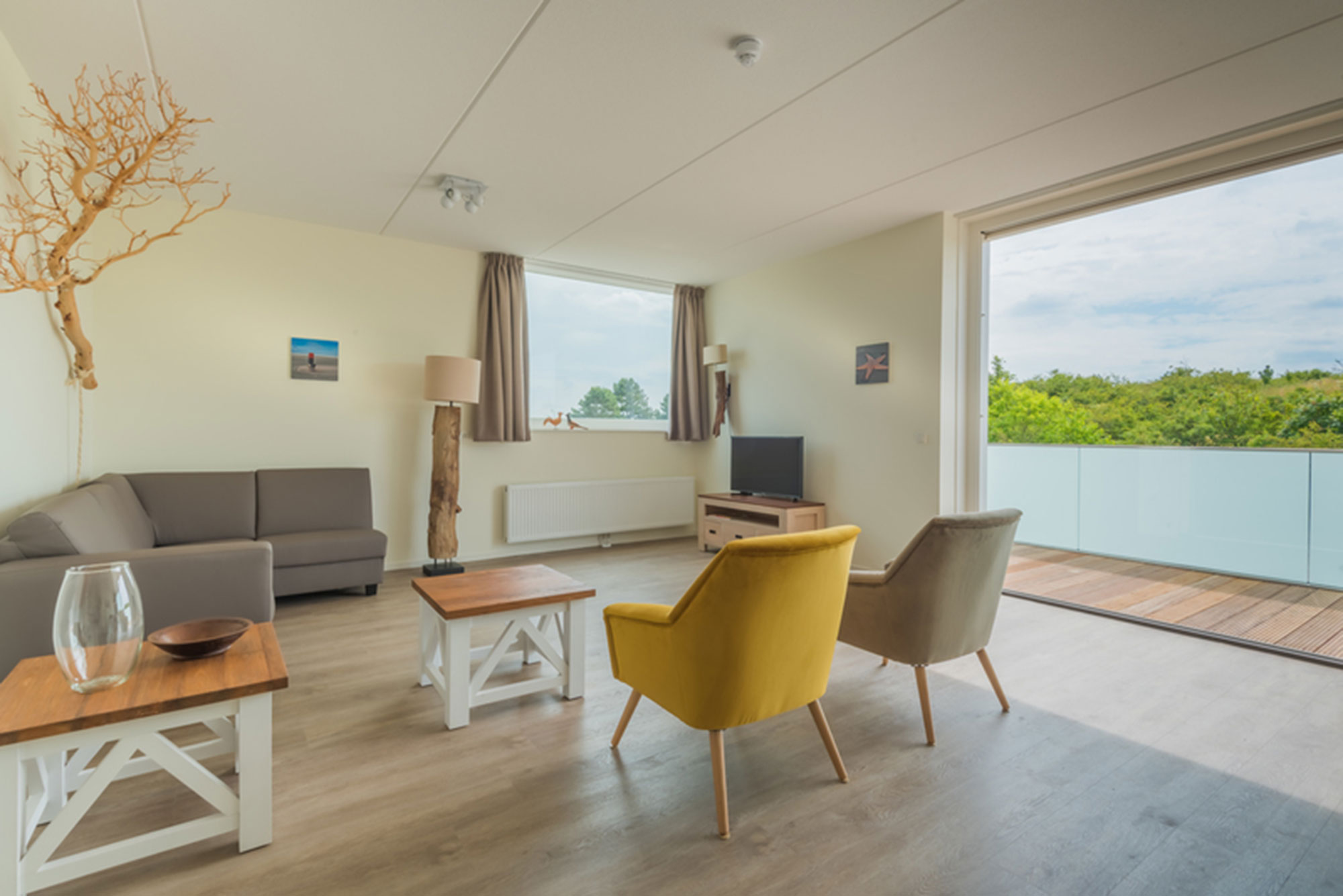 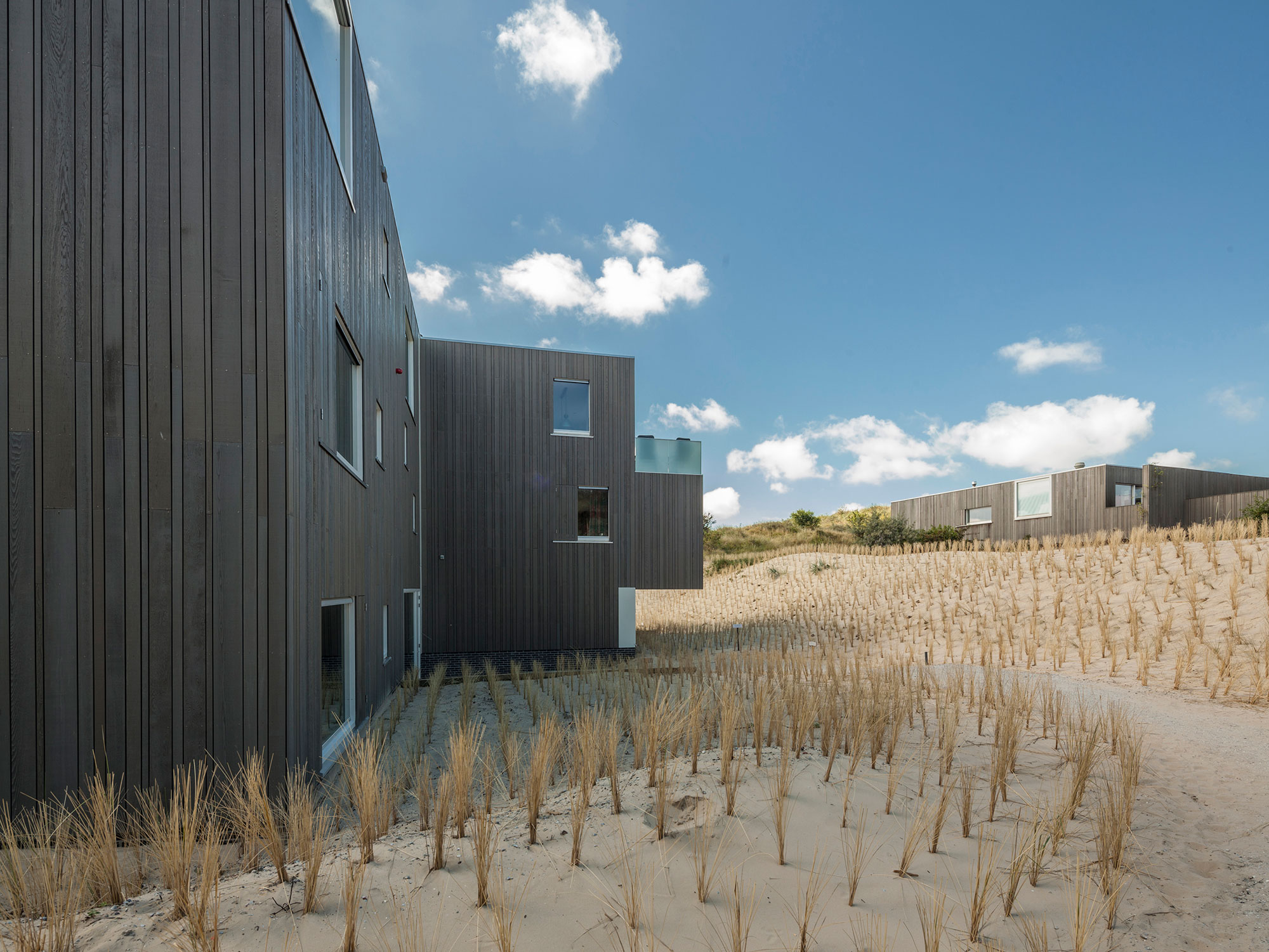