The multifunctional MFA Klarendal centre is located on the site of the former Menno van Coehoorn barracks. This one-time army base is located in the middle of the Klarendal district of Arnhem, behind a monumental palisade. Now, however, the troops have made way for local residents of all ages. By having the new MFA Klarendal centre form a new ensemble with the two existing barracks buildings, the former camp is given a new meaning. This is reinforced by designing the space between the three buildings as a playground and neighbourhood square. The centre has a wide range of facilities: a children’s healthcare centre, a daycare centre, the Kunstrijk primary school, a neighbourhood shop, the community centre, various business and office spaces, a dance hall, Fred Royers’ kickboxing school, and a sports hall which meets the requirements of the Dutch Olympic Committee and Dutch Sports Federation. 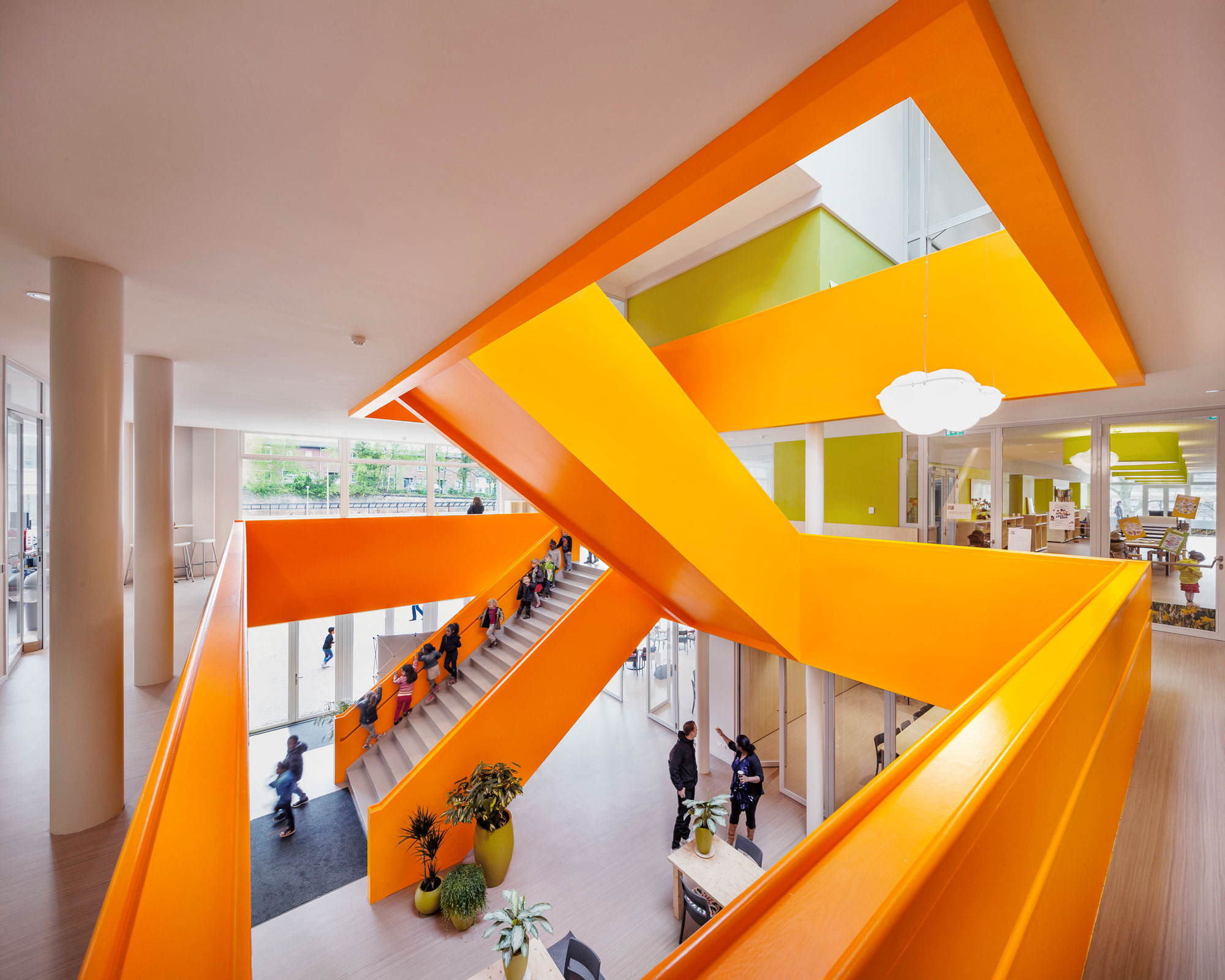 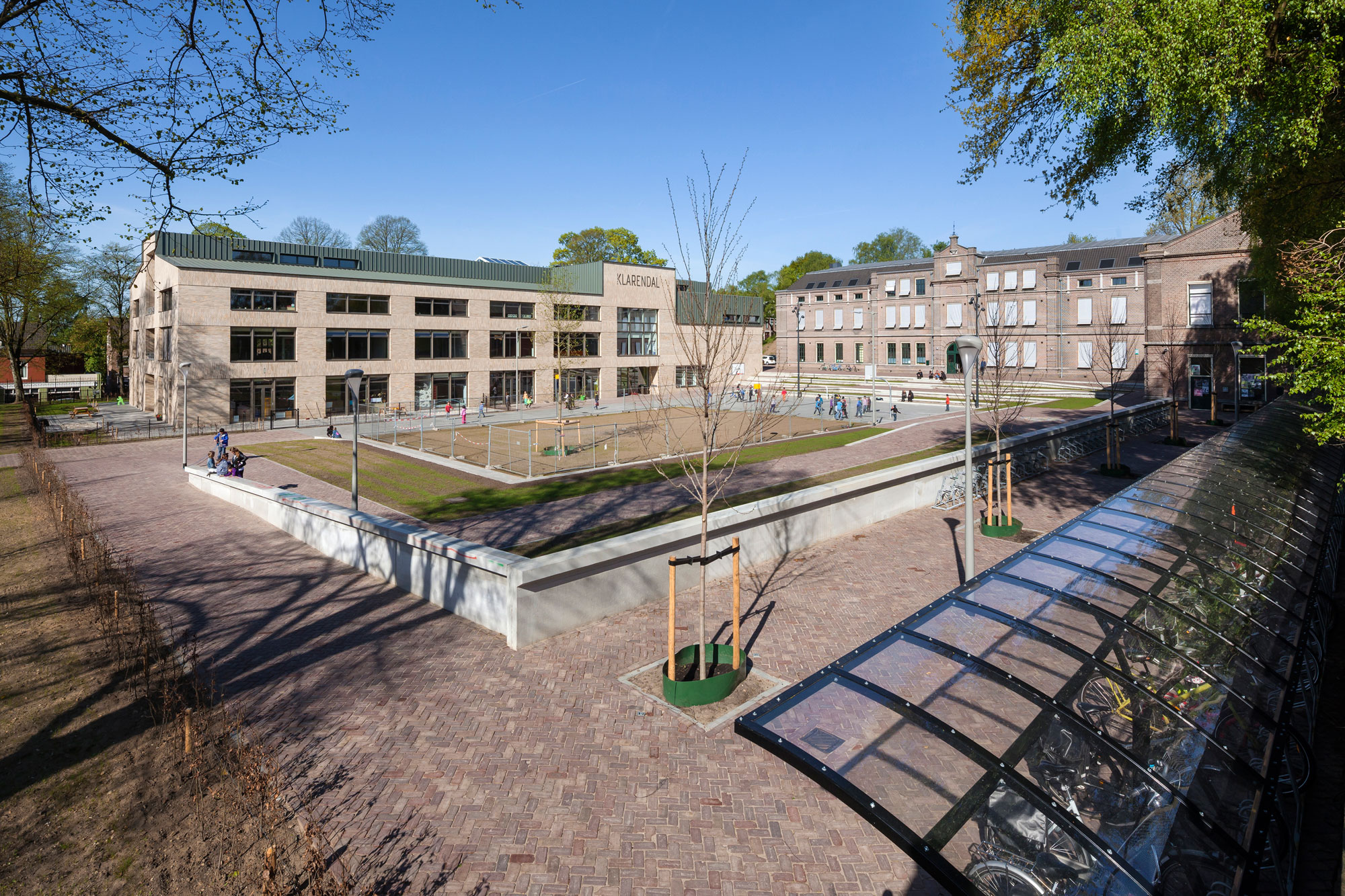 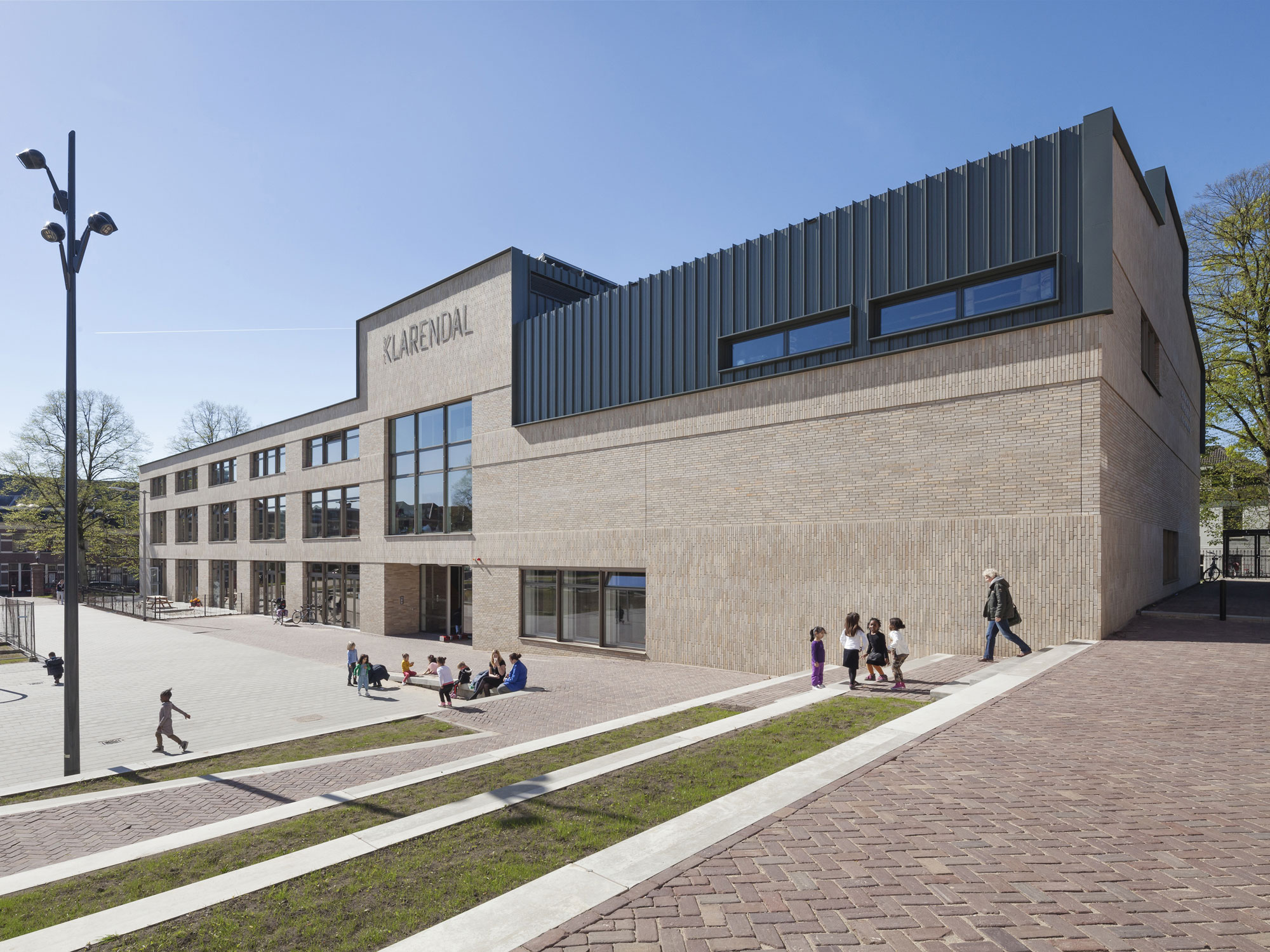 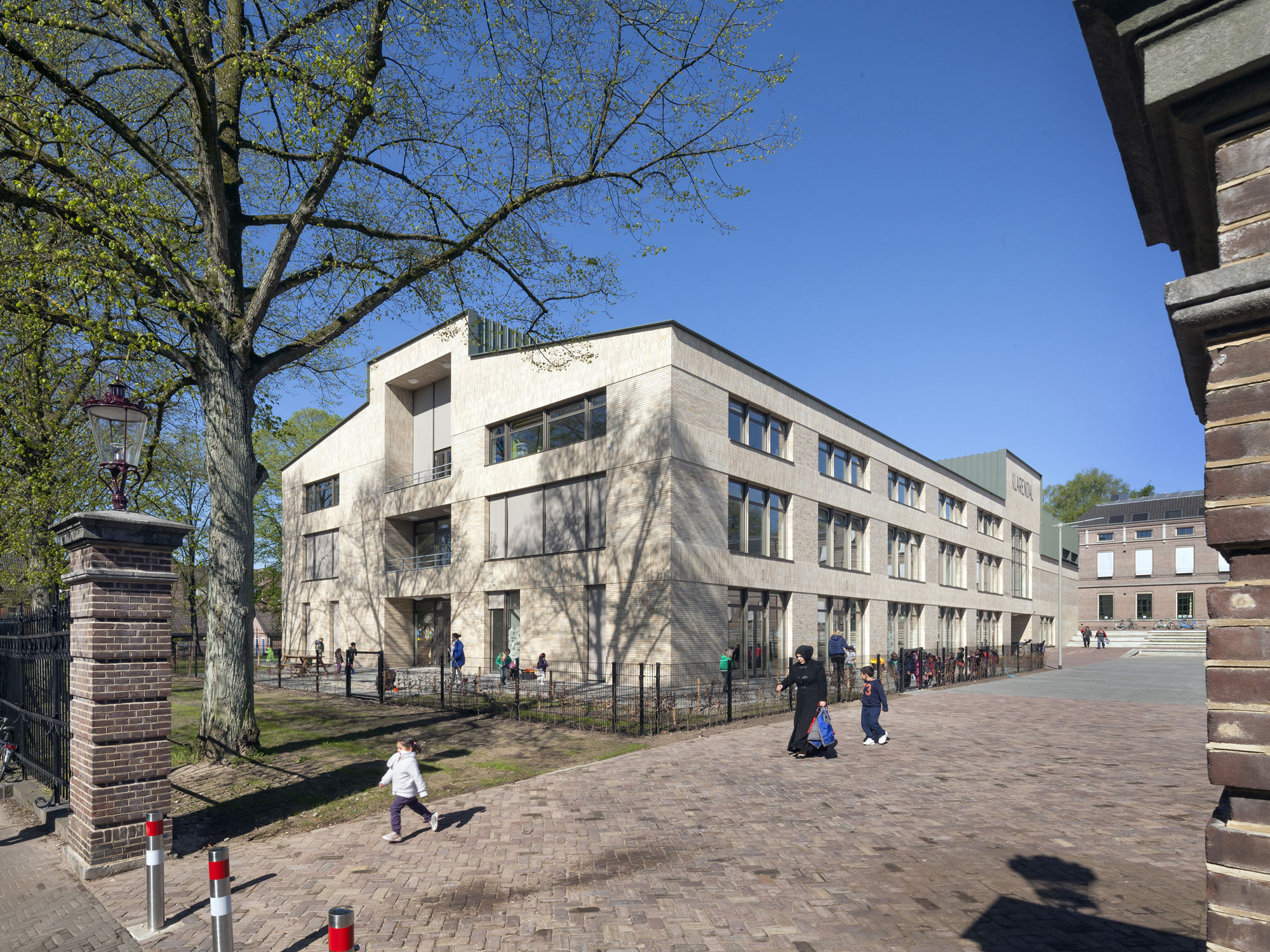 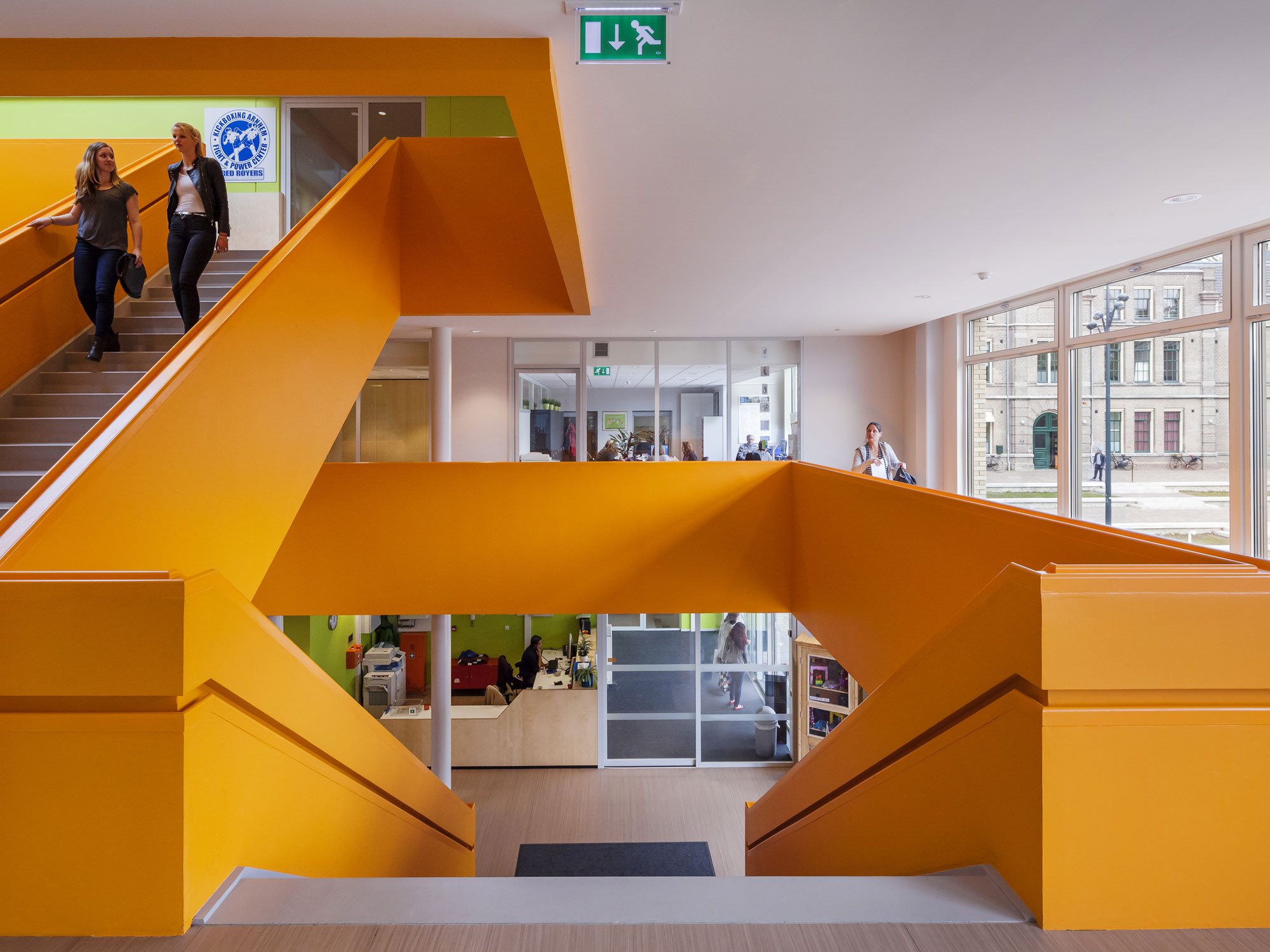 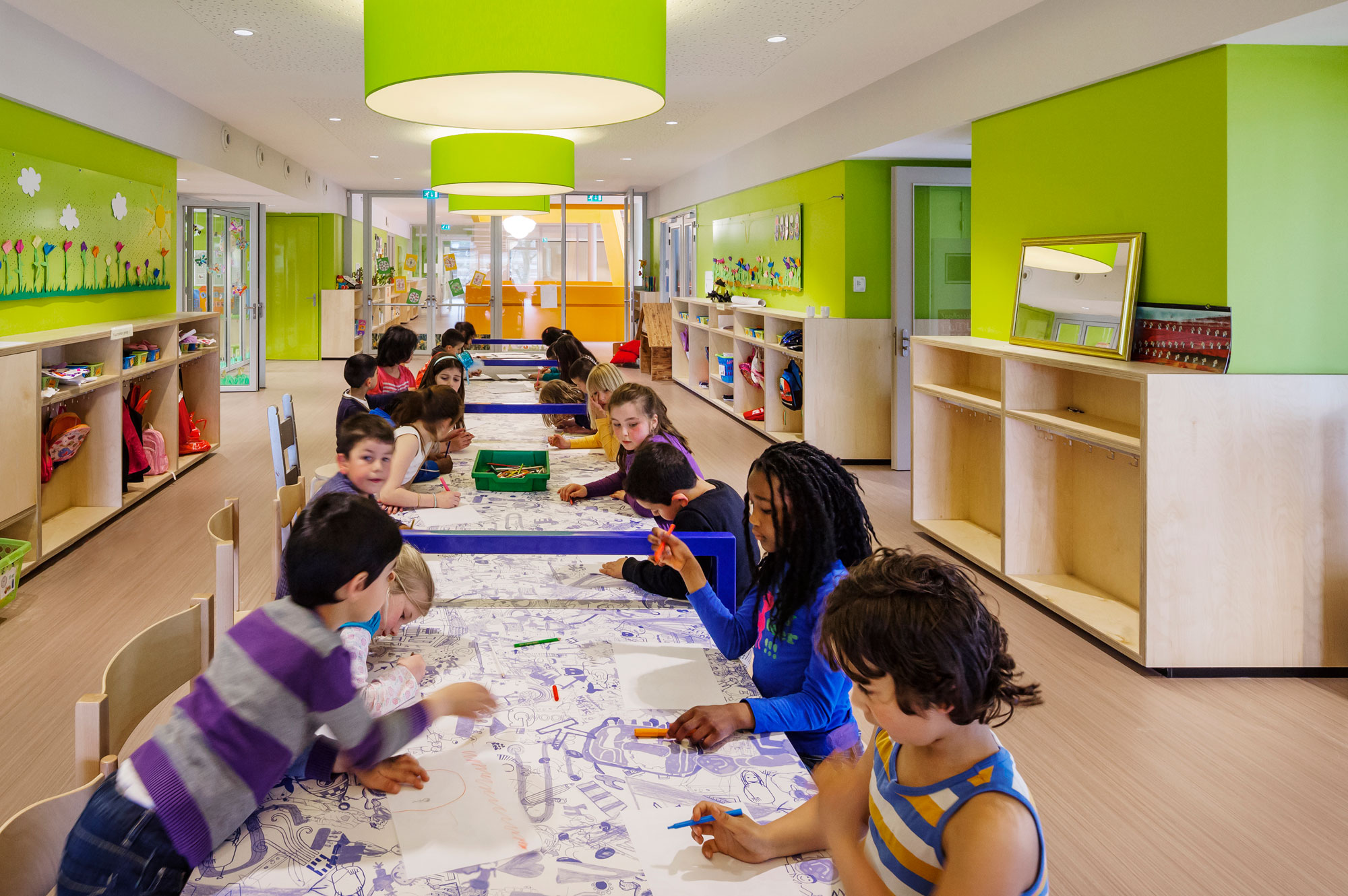 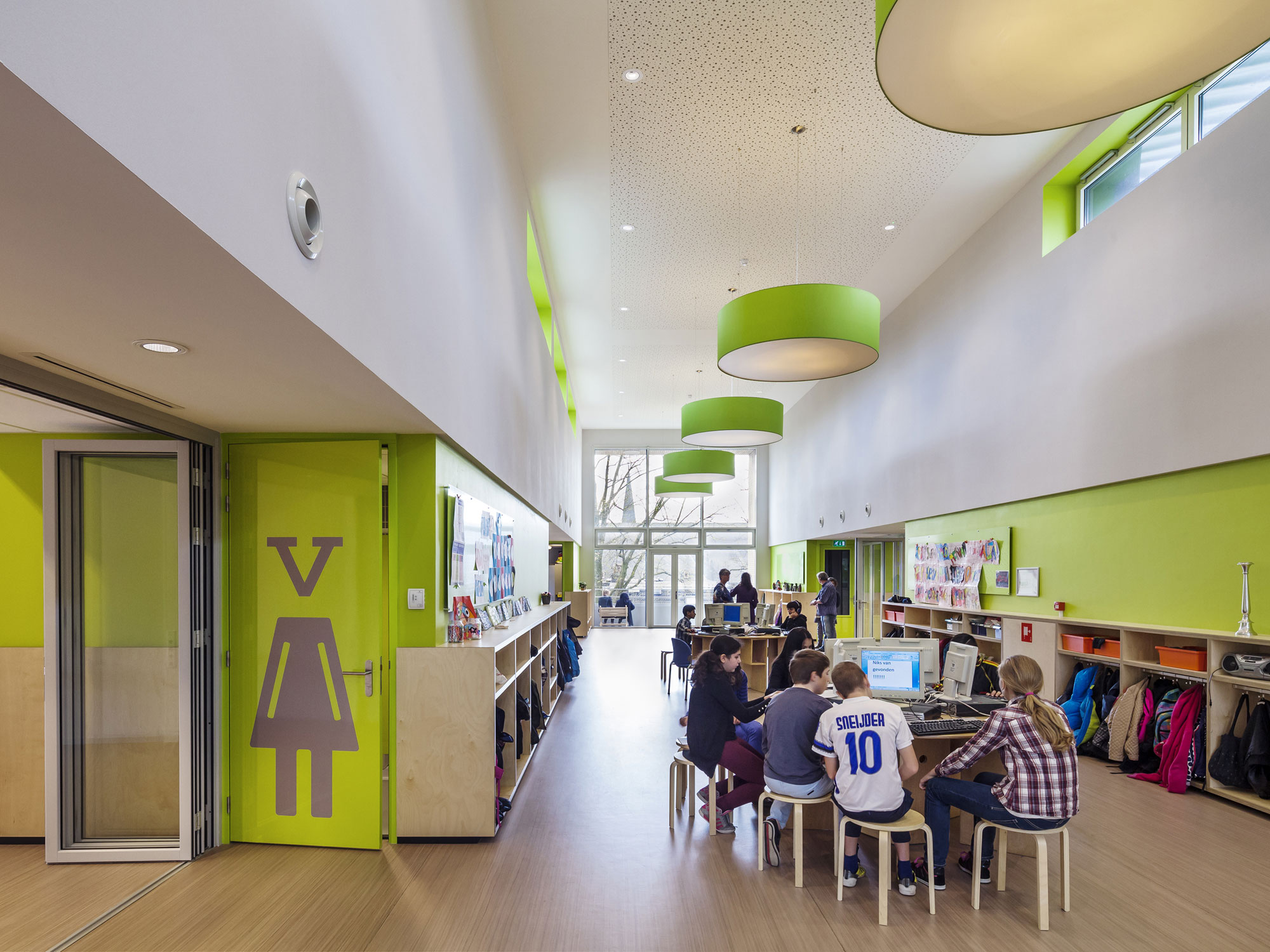 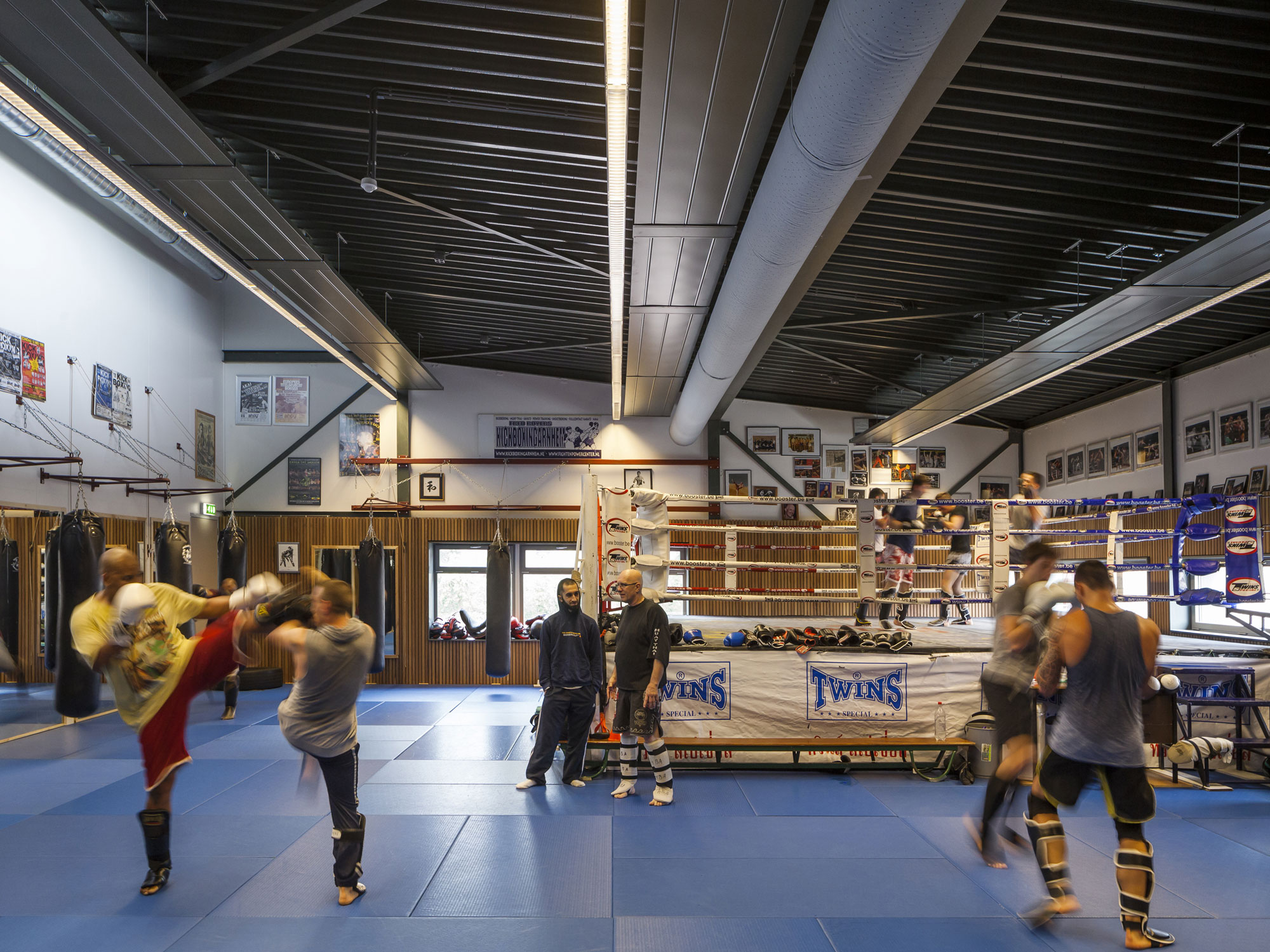 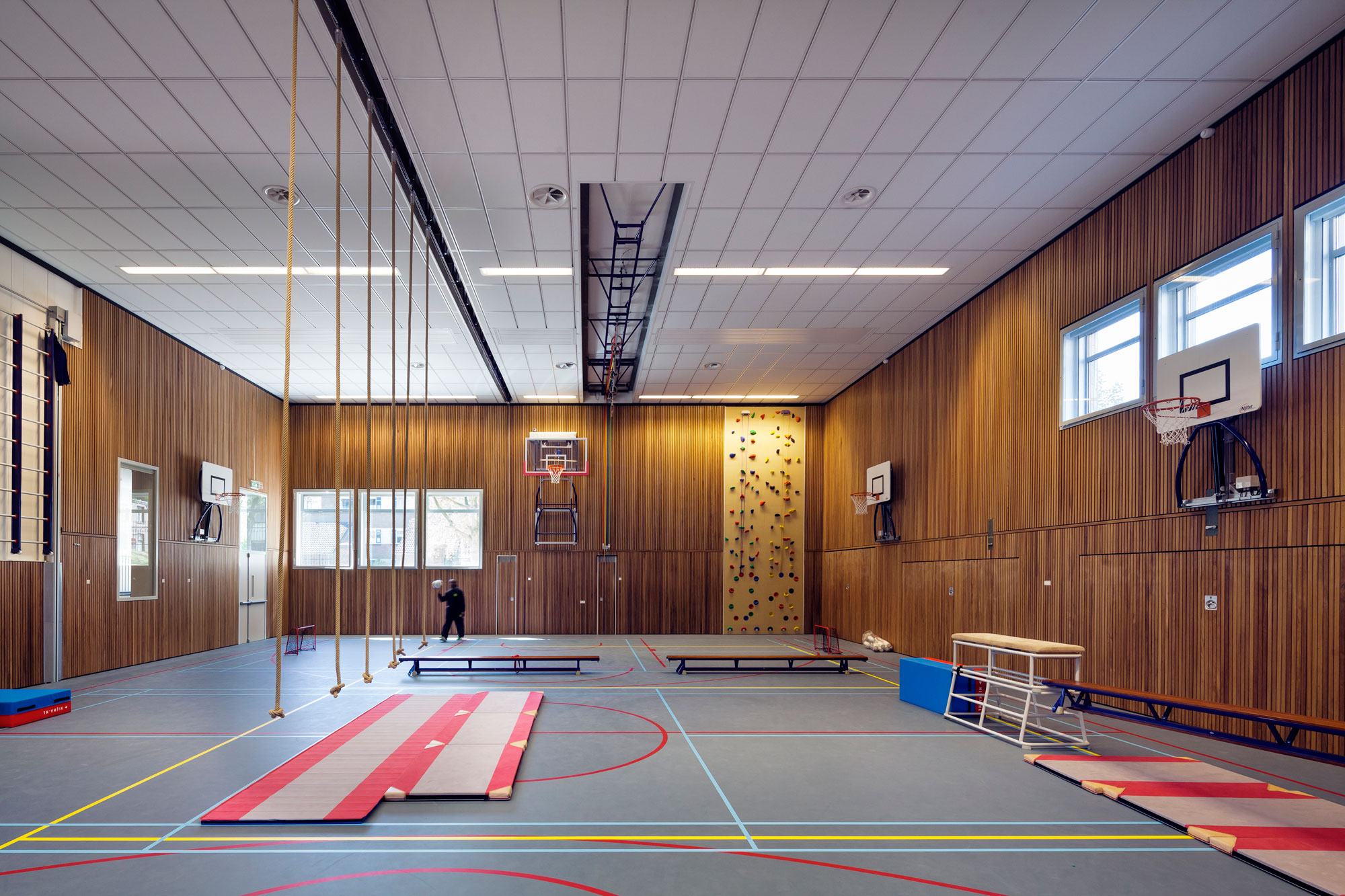 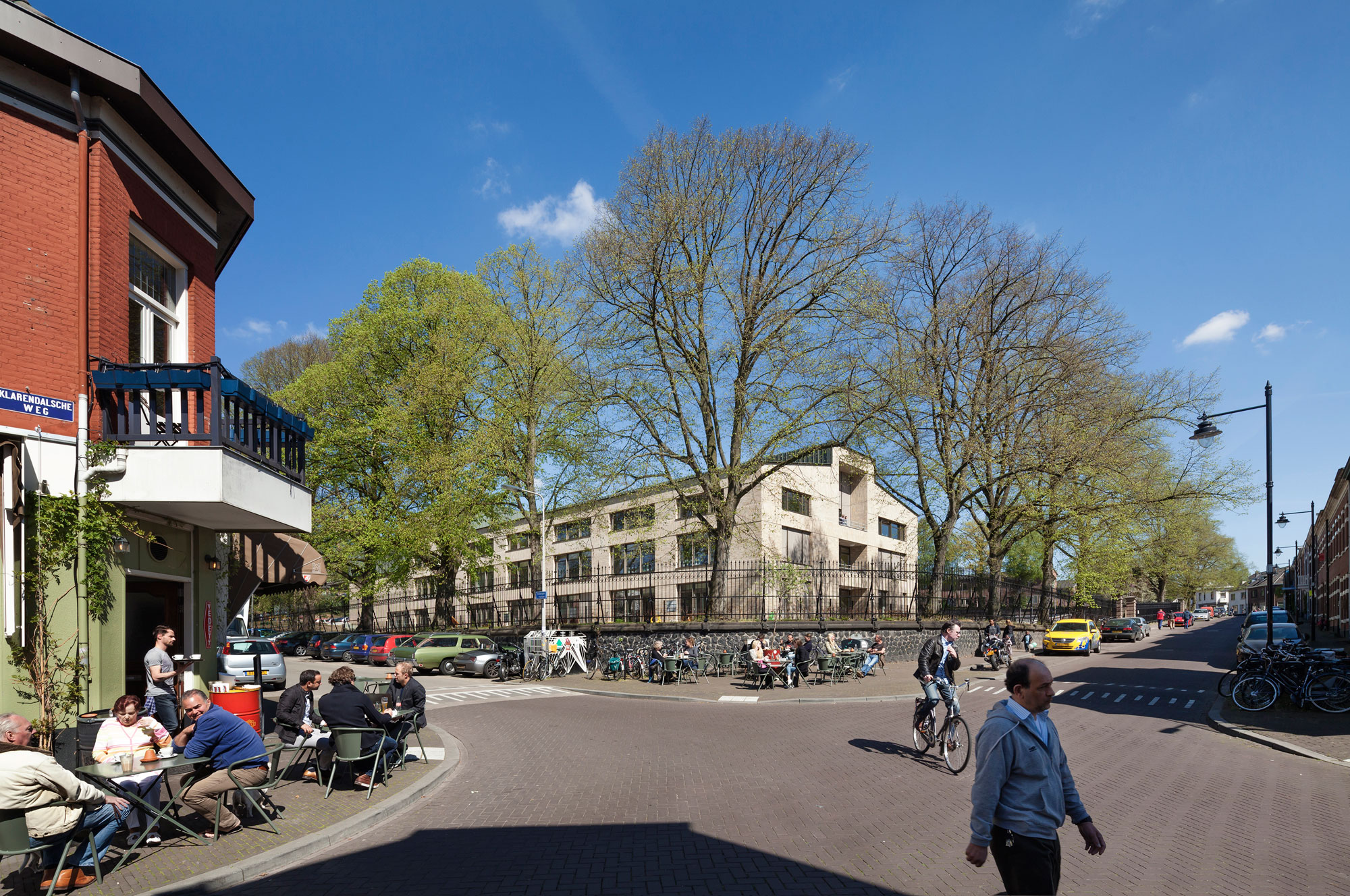