The proposed relocation of a motorway will create space in the Hamburg district of Wilhelmsburg for a new city neighbourhood. This can become a connecting link between the station area and the Reiherstieg district, giving a boost to the city’s diversity. 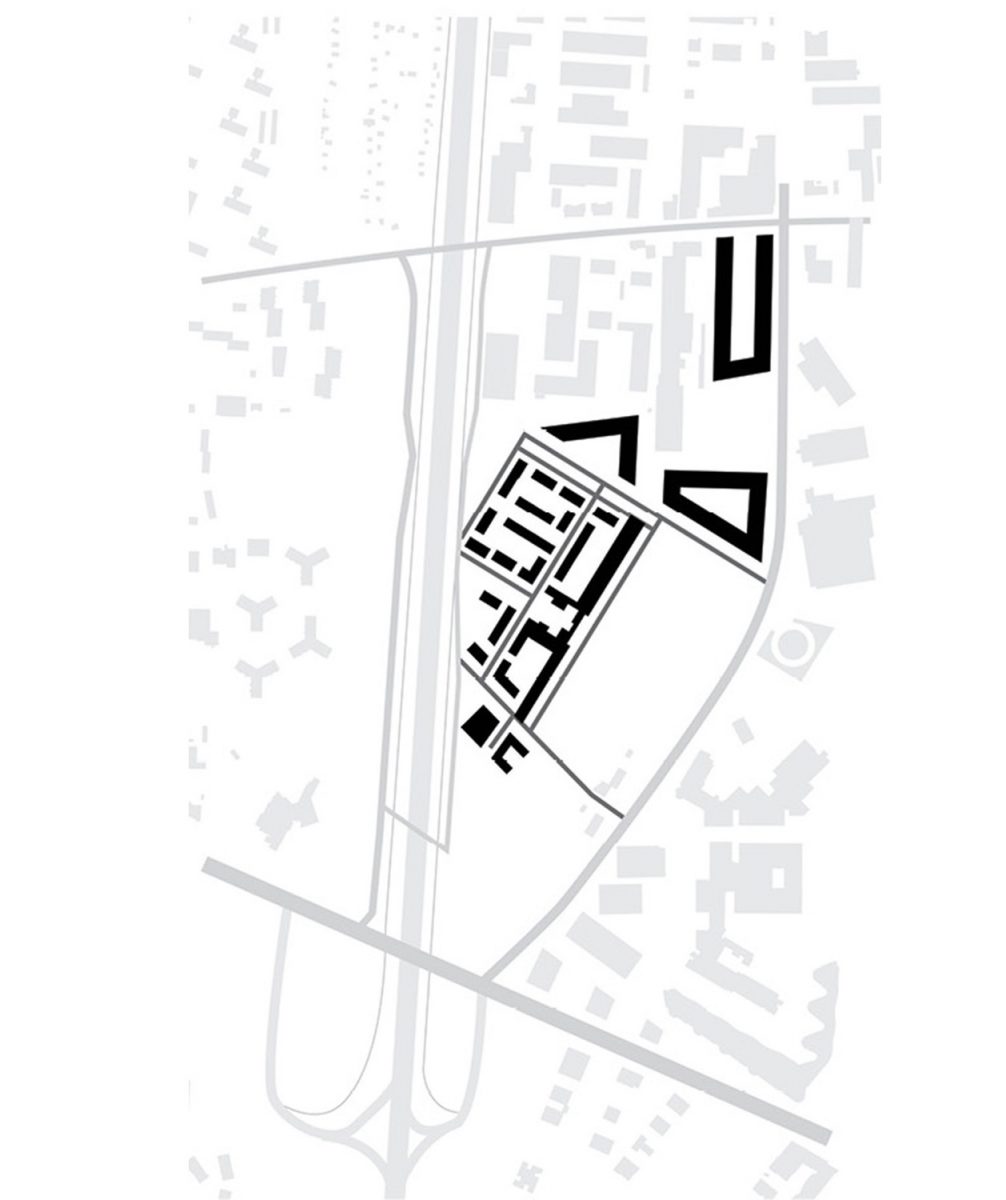 Phase 1: before relocation of the motorway 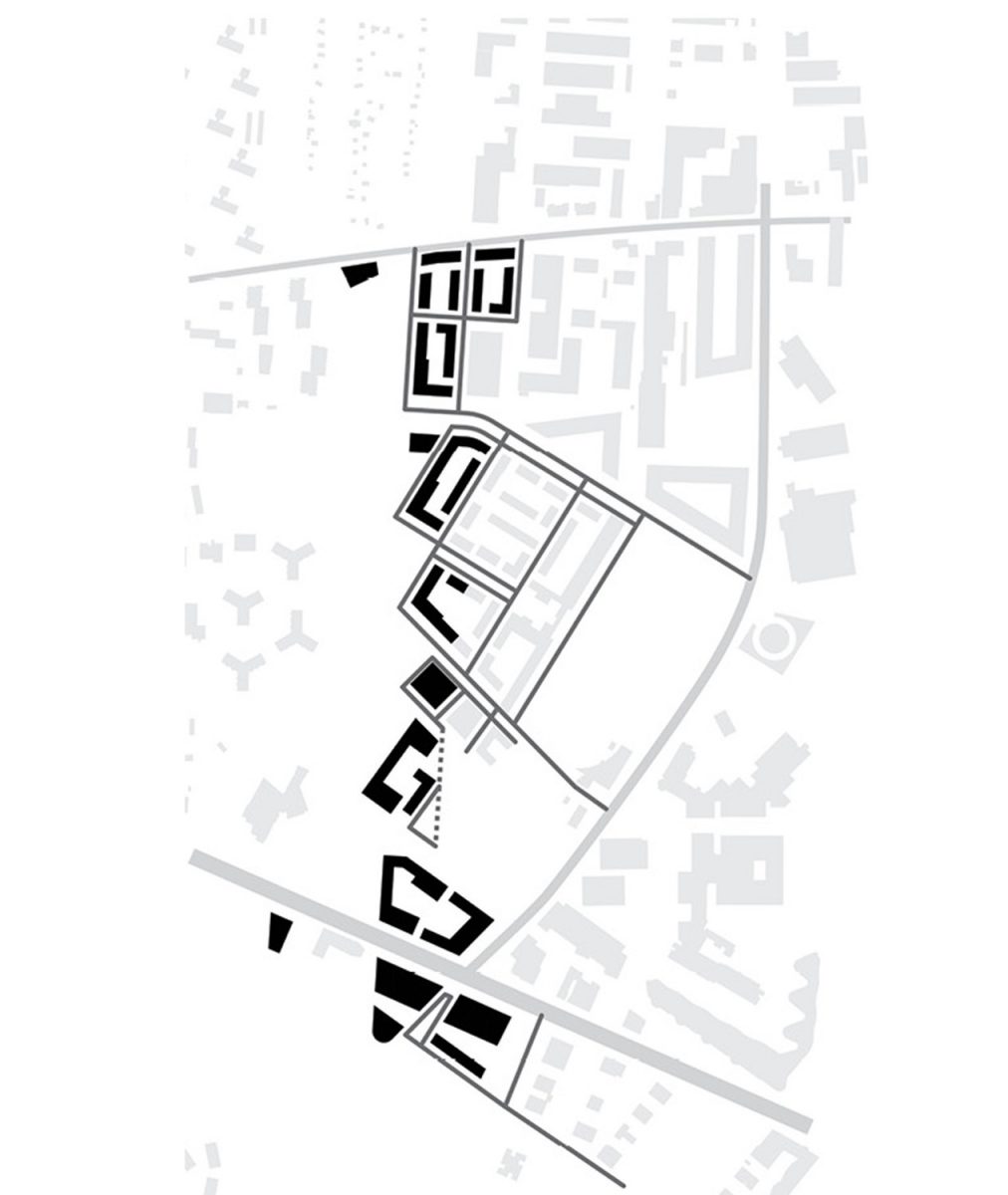 Phase 2: after relocation of the motorway 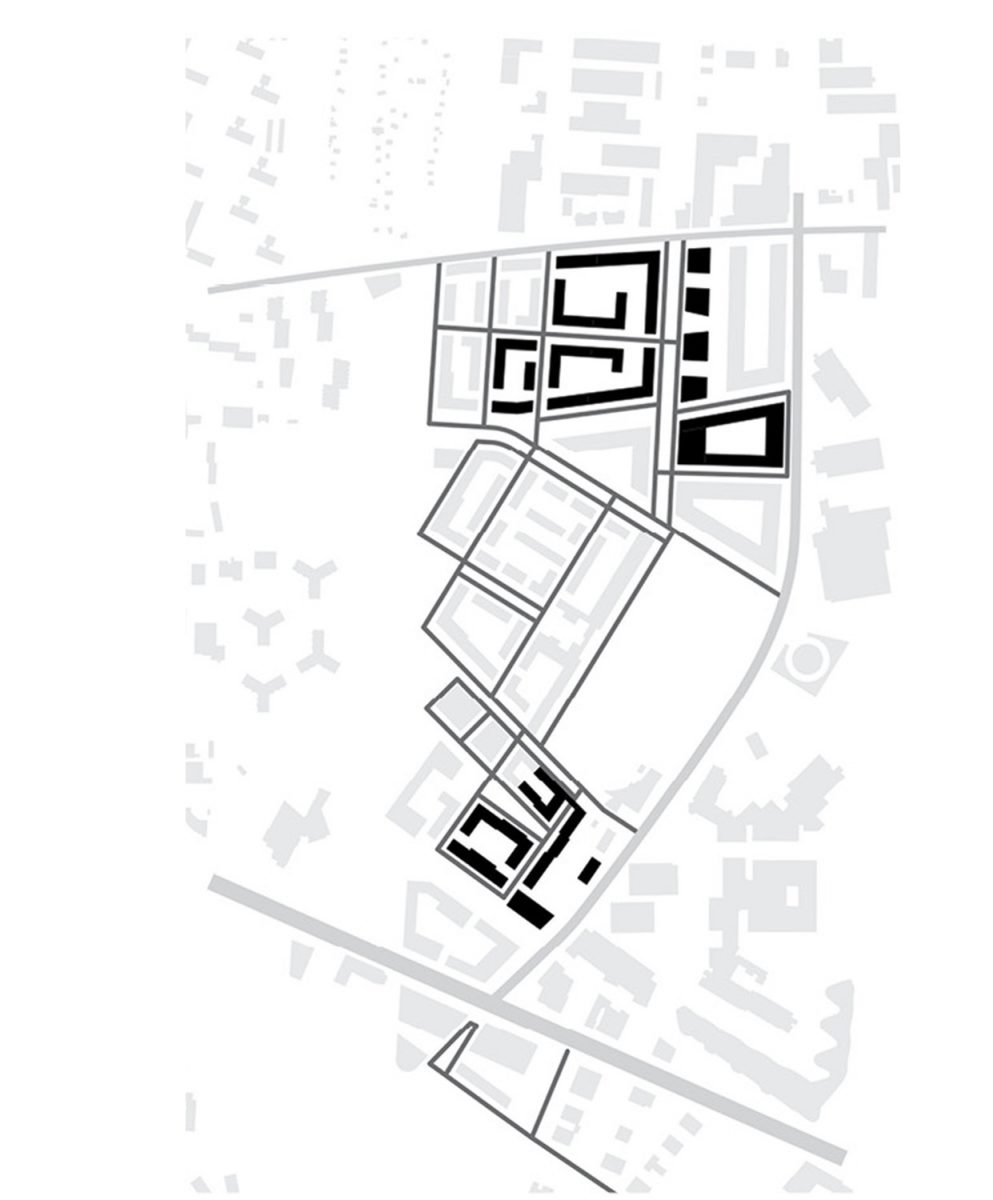 Wilhelmsburg will be blue, green and diverse

De Zwarte Hond’s urban development plan responds to the various characteristics of the adjacent areas. On the motorway’s former route, the water and greenery in particular will be enhanced. The southern part, closest to the city centre, will be given an urban profile. On the northern edge, there’s room for living and working. The area with sports fields in the east is being embraced as the ‘green entrance’ of the new district. 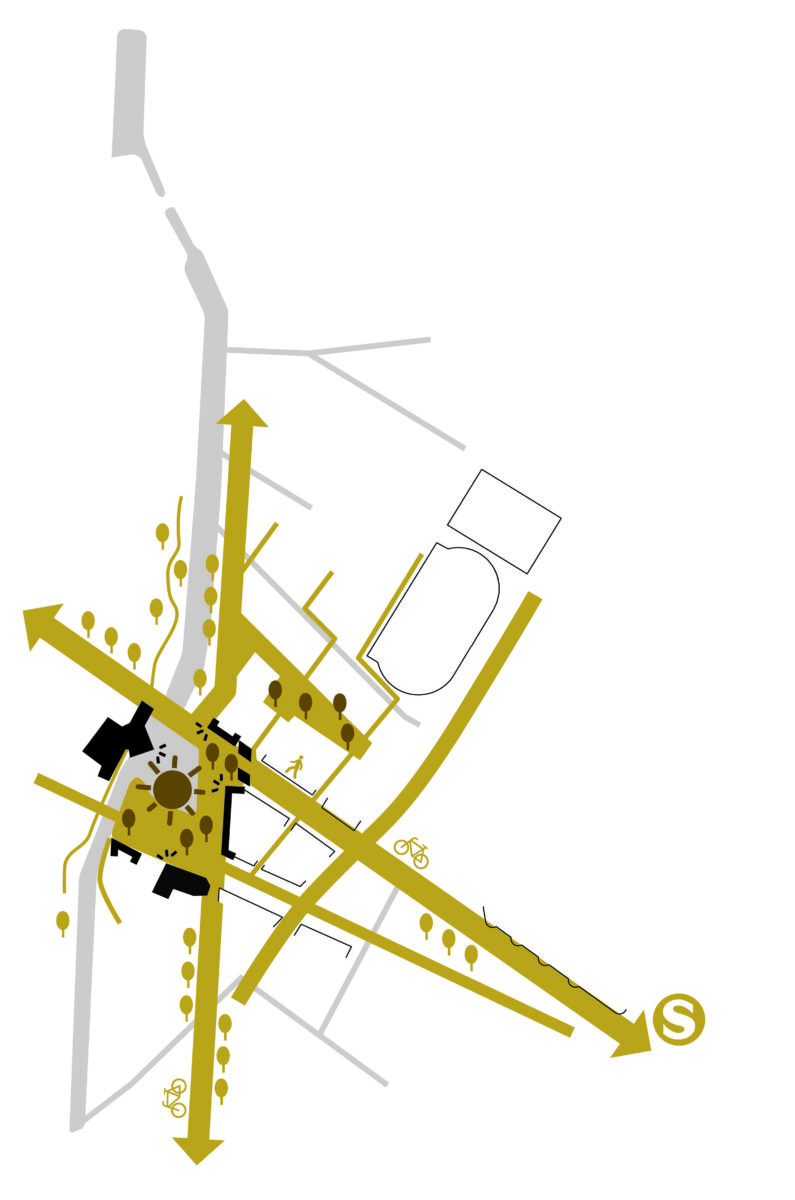 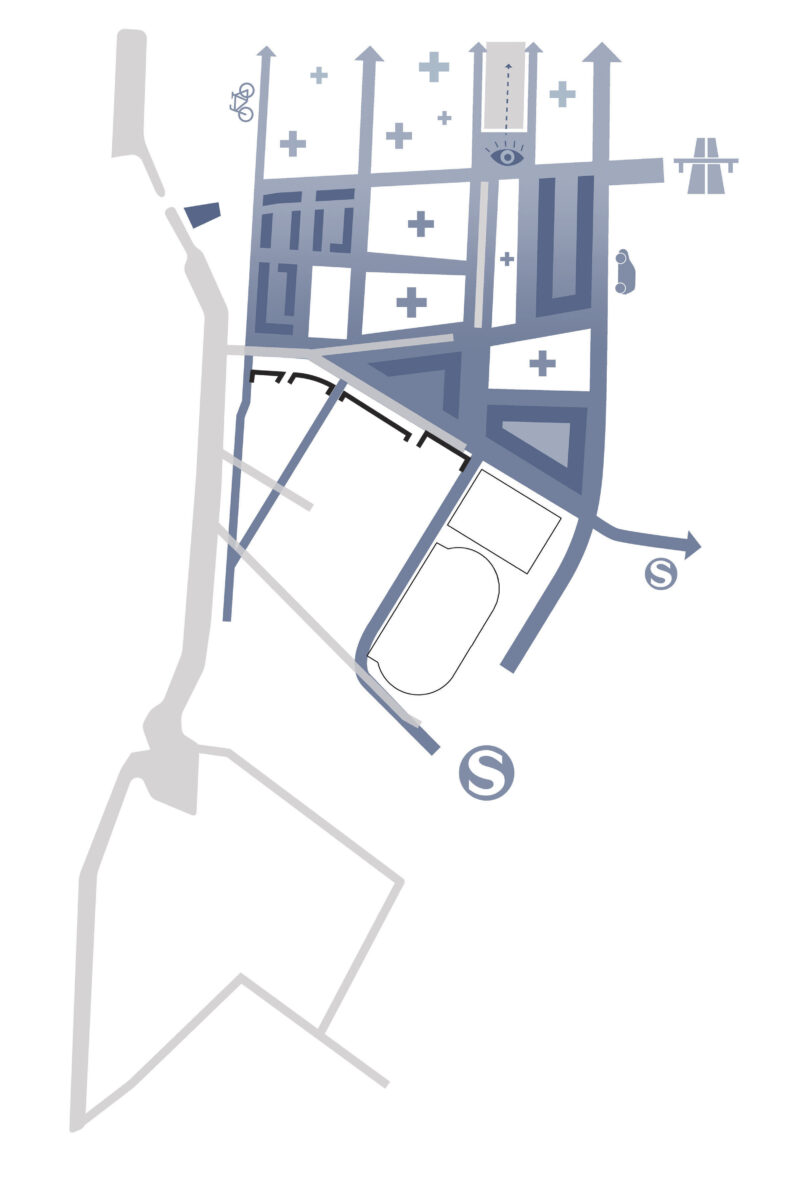 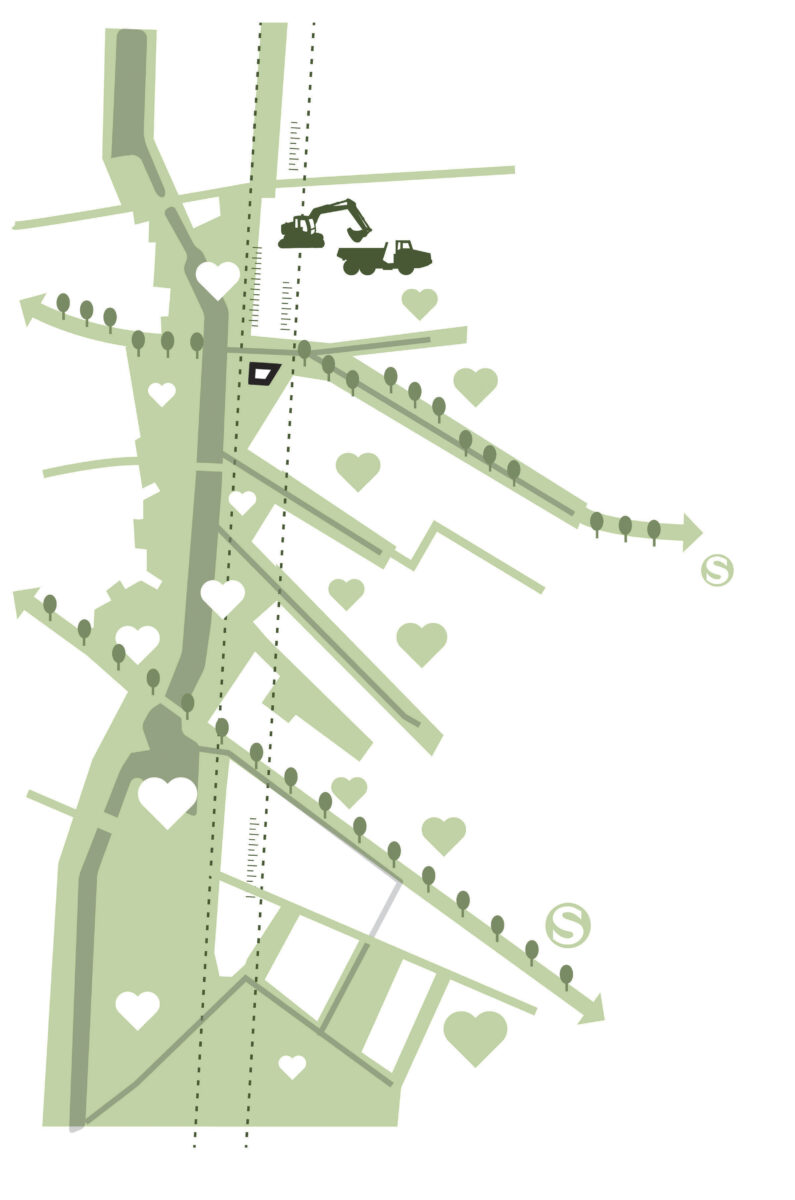 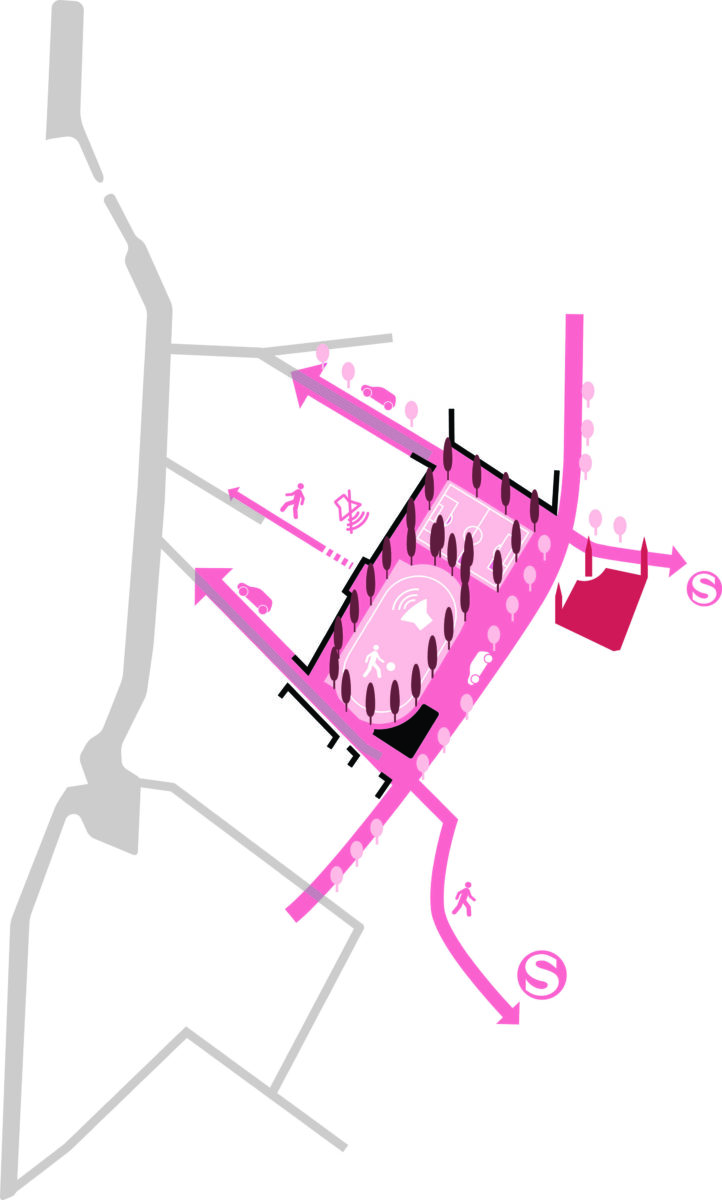 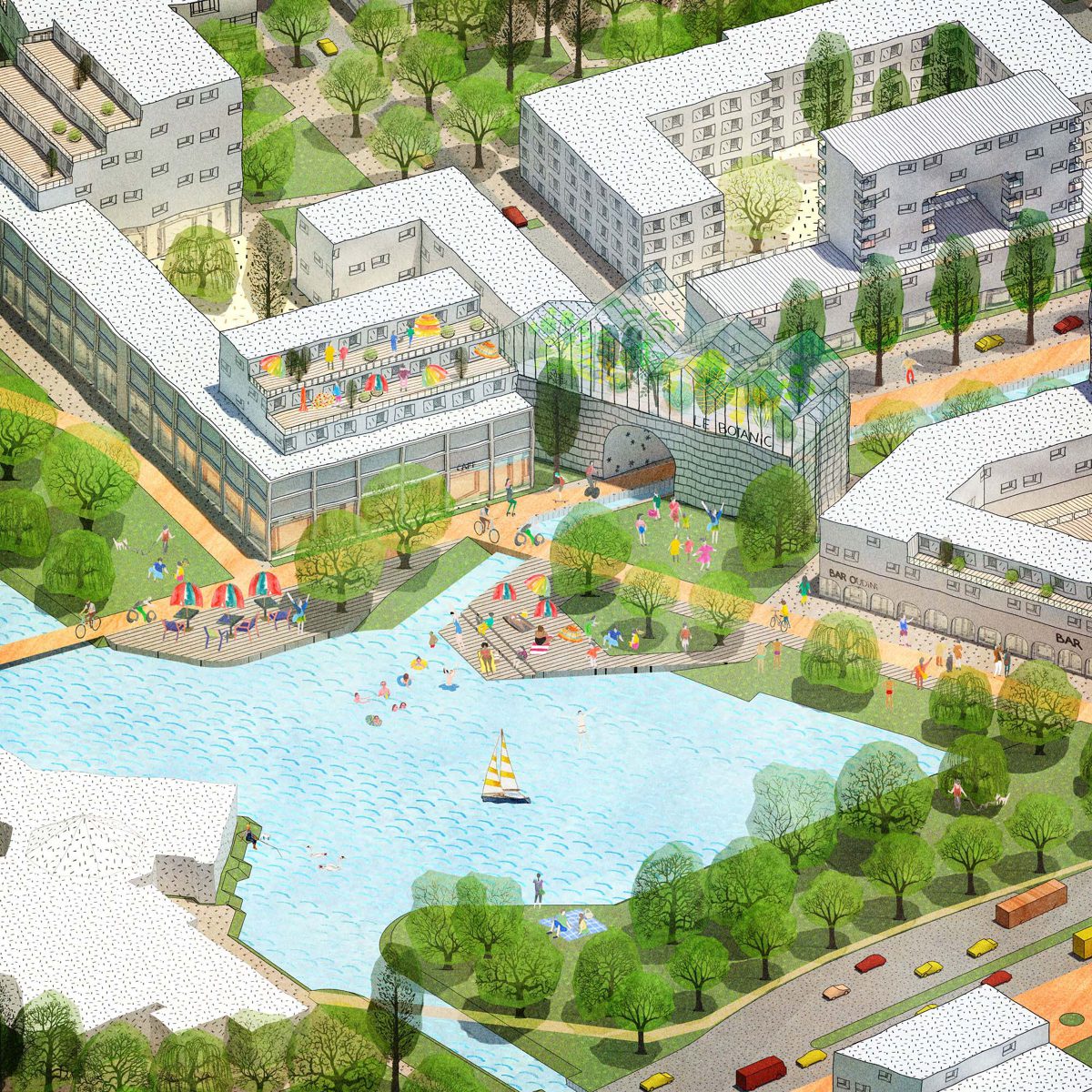 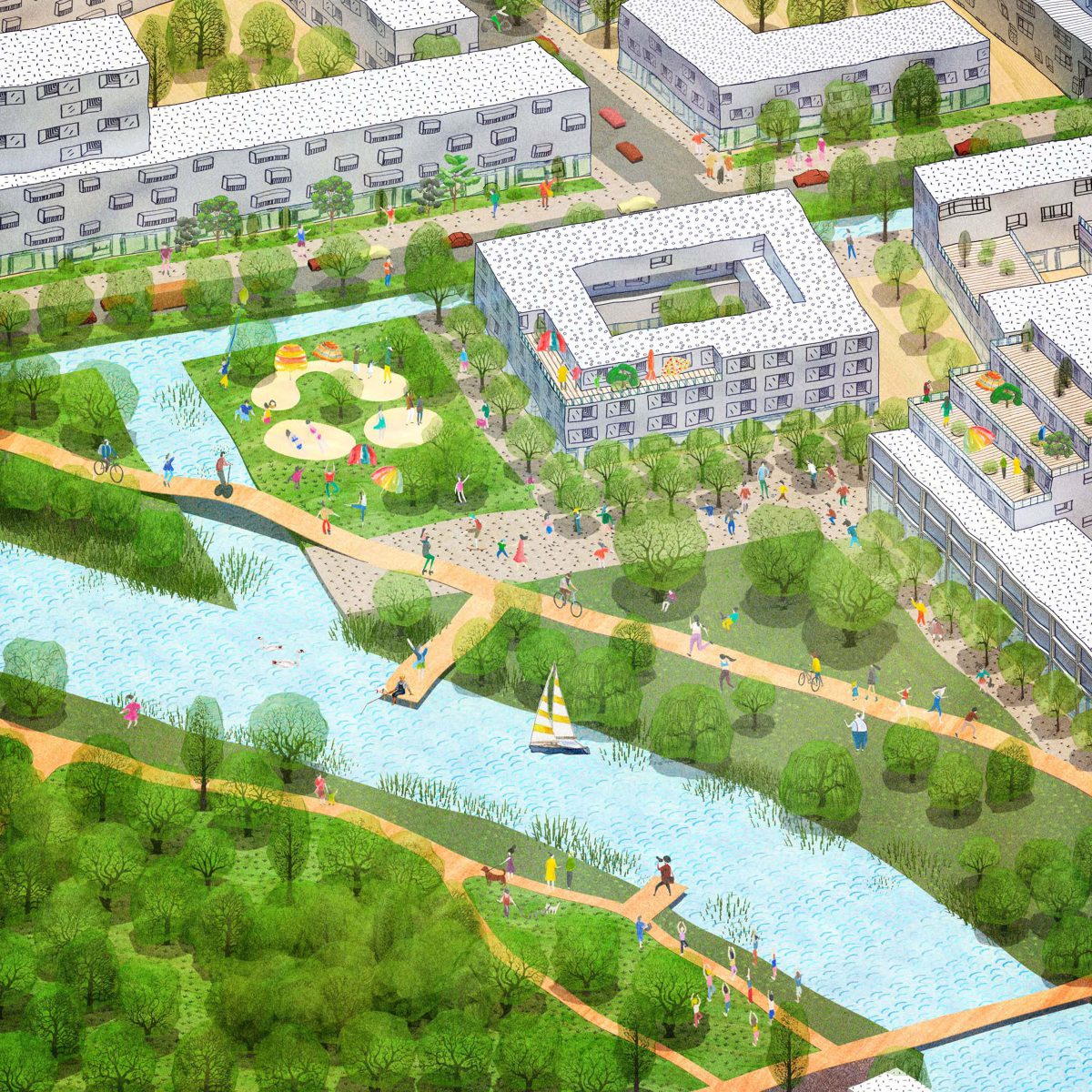 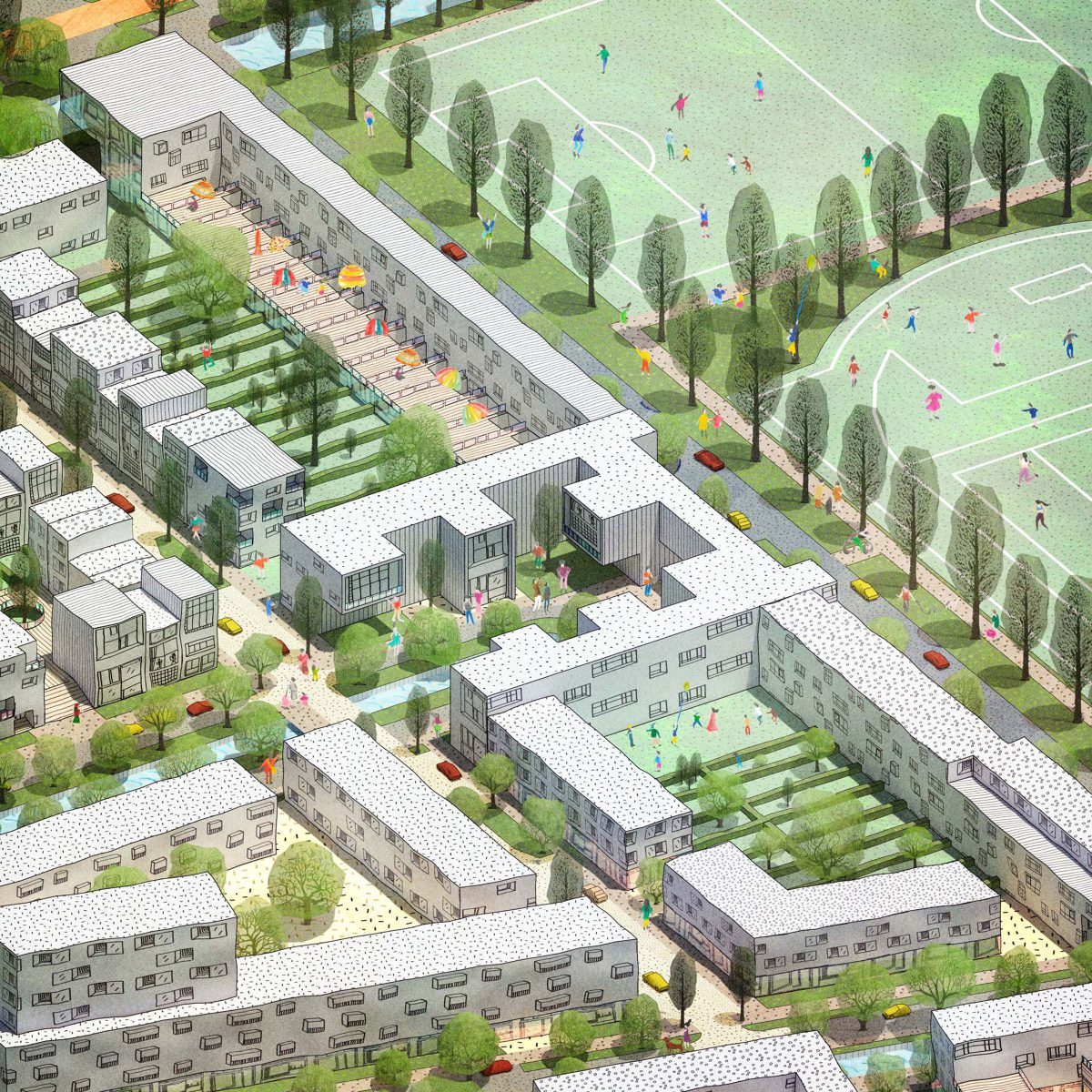 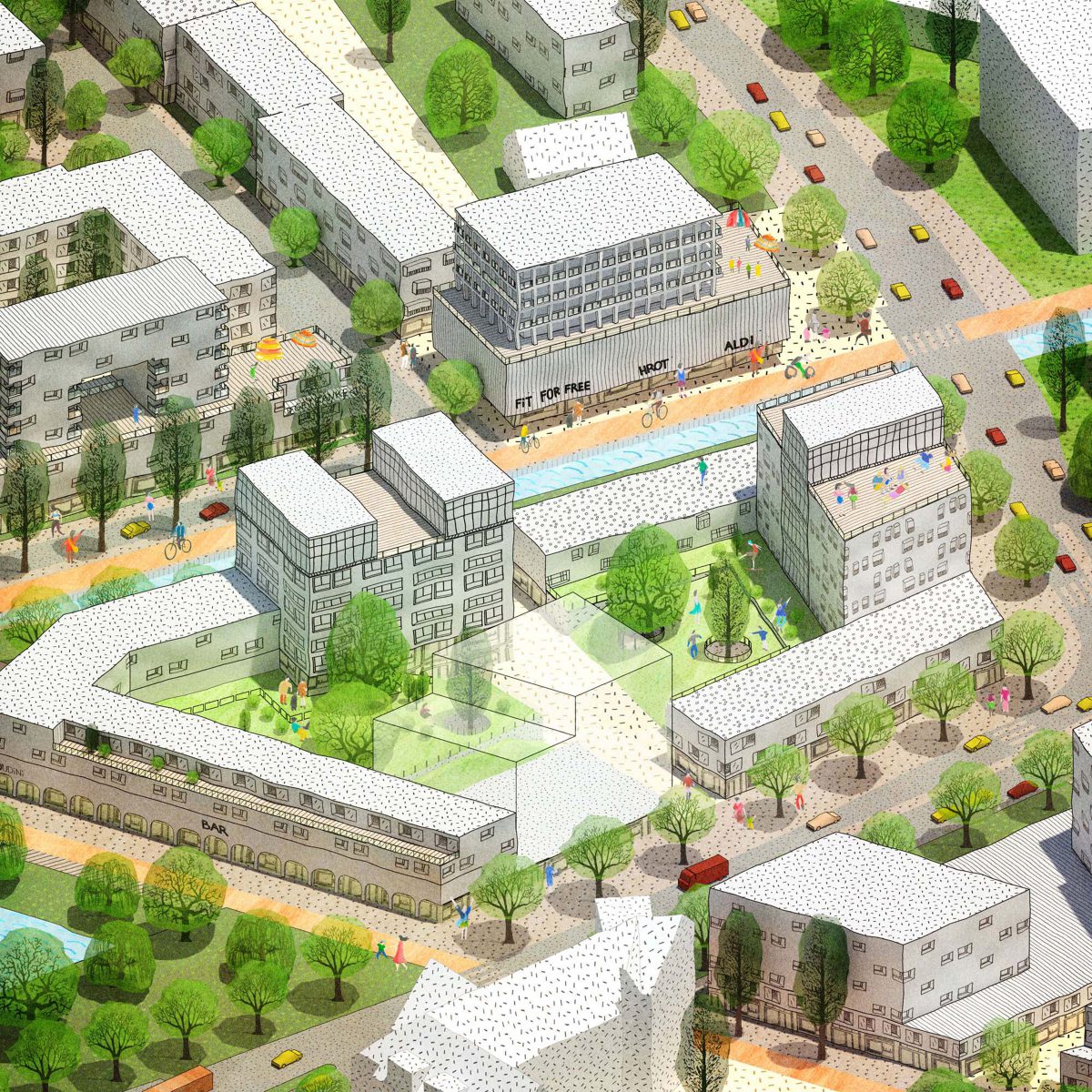 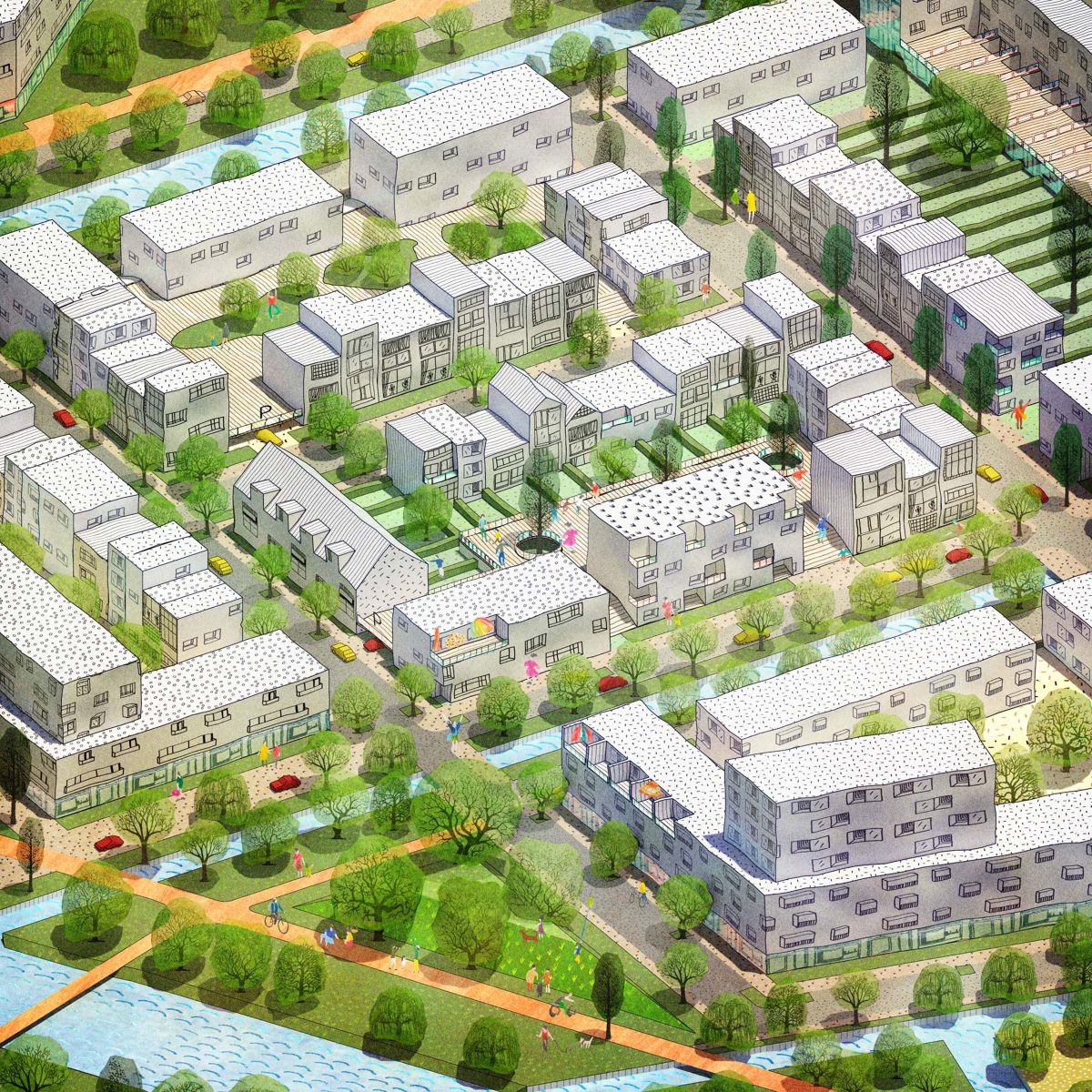 The Wilhelmsburg district of Hamburg, with more than 50,000 inhabitants, is located on an island surrounded by the River Elbe. Commissioned by the city, De Zwarte Hond made an urban design for a new heart for the district, made possible by the proposed relocation of the Wilhelmsburger Reichsstrasse, which will be bundled with the railway line in the east. Space will become available for a total of 1,700 new homes, about 300 of them for students.

In the plan, the area is developed on four sides. The east will house sports facilities; in the west the focus is greenery and water; the south side, where the local government office is located, will be the new centre; and the north will feature a combination of living and working spaces. A slow traffic route for cyclists and pedestrians runs from north to south.

Local residents were closely involved in the planning. During a three-day workshop, they had discussions with the participating design teams, and so exerted a direct influence. The wishes of the residents have resulted in a great diversity of housing in the design. As far as possible, the public space also meets the wishes of the future users.