De Zwarte Hond has designed two stores with eleven apartments above them where the Kroon butcher’s shop was once established from 1870 to 1980. The new premises are situated in a lively street, Steentilstraat, to the east of the centre of Groningen, that has a mix of alternating architectural styles and building periods. Most of the existing premises on the site were destroyed by a fire in 2012. Shortly before this the premises were bought by the present owner. He is a direct descendant of the butcher family, Kroon, who ran a butcher’s business here for more than a century. Given the historical connotations and a fondness for the butcher’s trade, the client wanted to re-establish a traditional butcher’s shop on the site. Preservation of the historical plot layout is an important theme in the urban development of Groningen’s city centre. The new building is therefore designed as a two-component unit: two retail premises with the entrance to the loft apartments in between. The differing heights and projections, specifically focusing on the surroundings, reinforce the building’s engagement with its environs. This makes it a strongly individual addition to the wealth of properties in Steentilstraat. 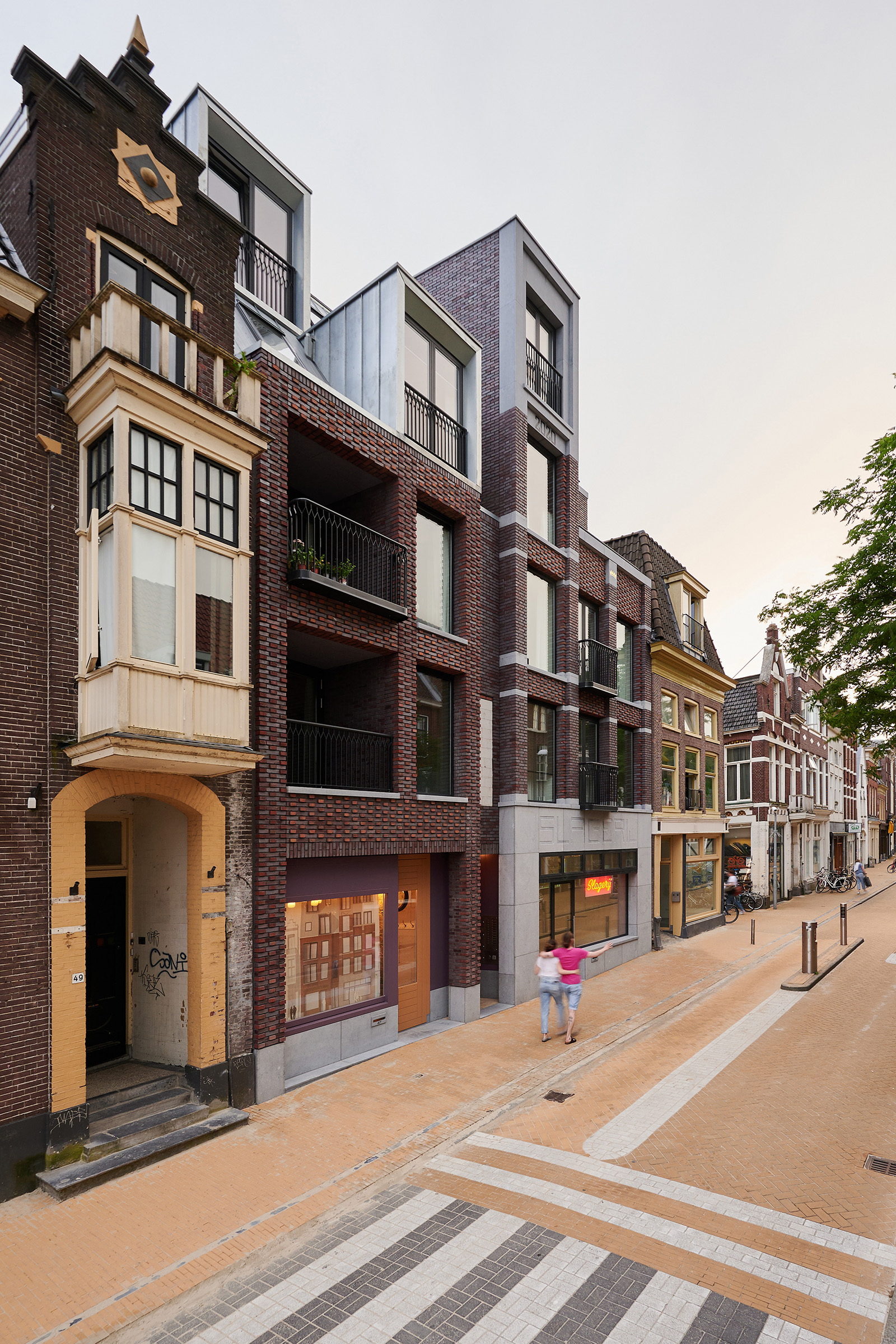 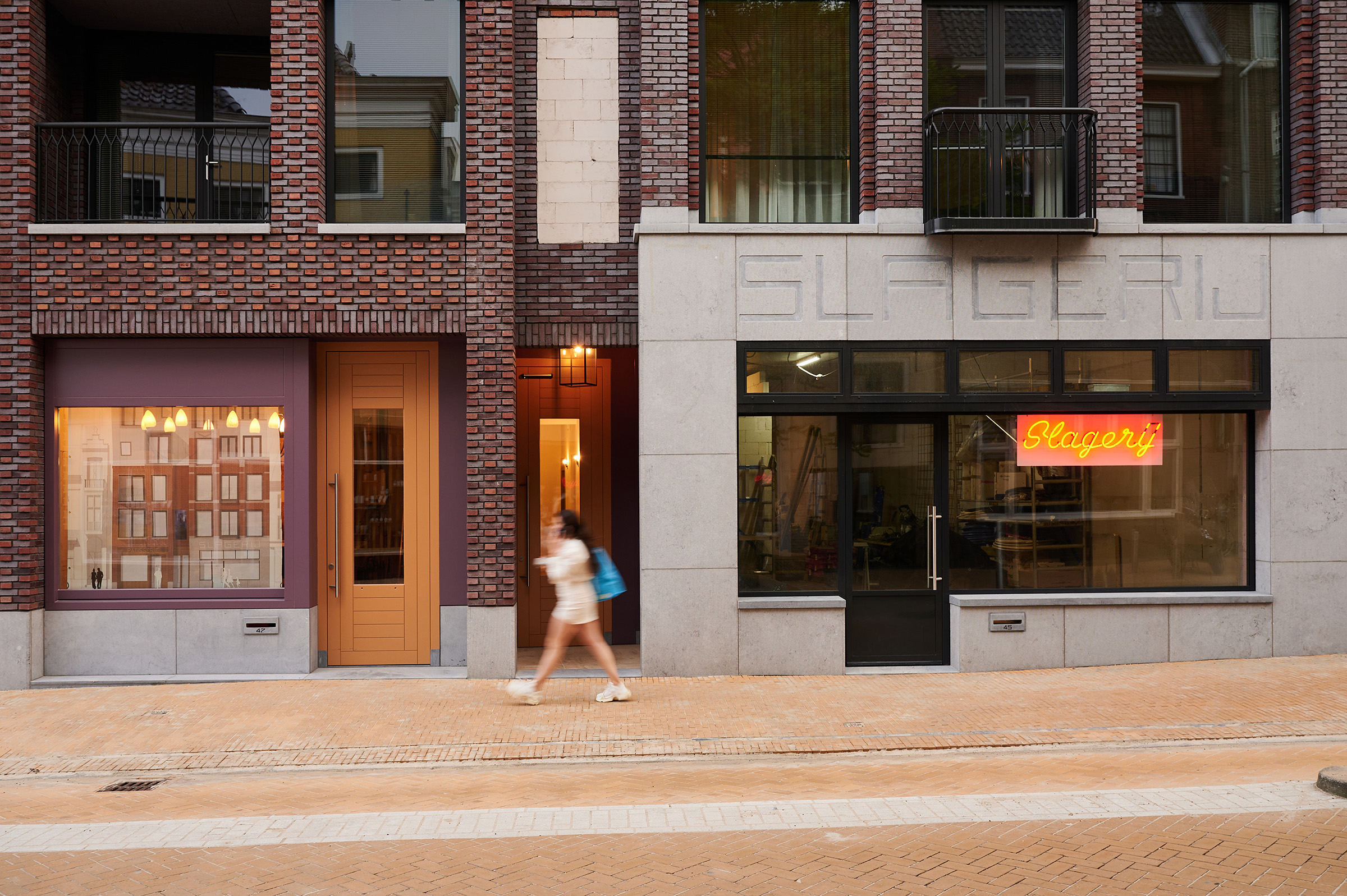 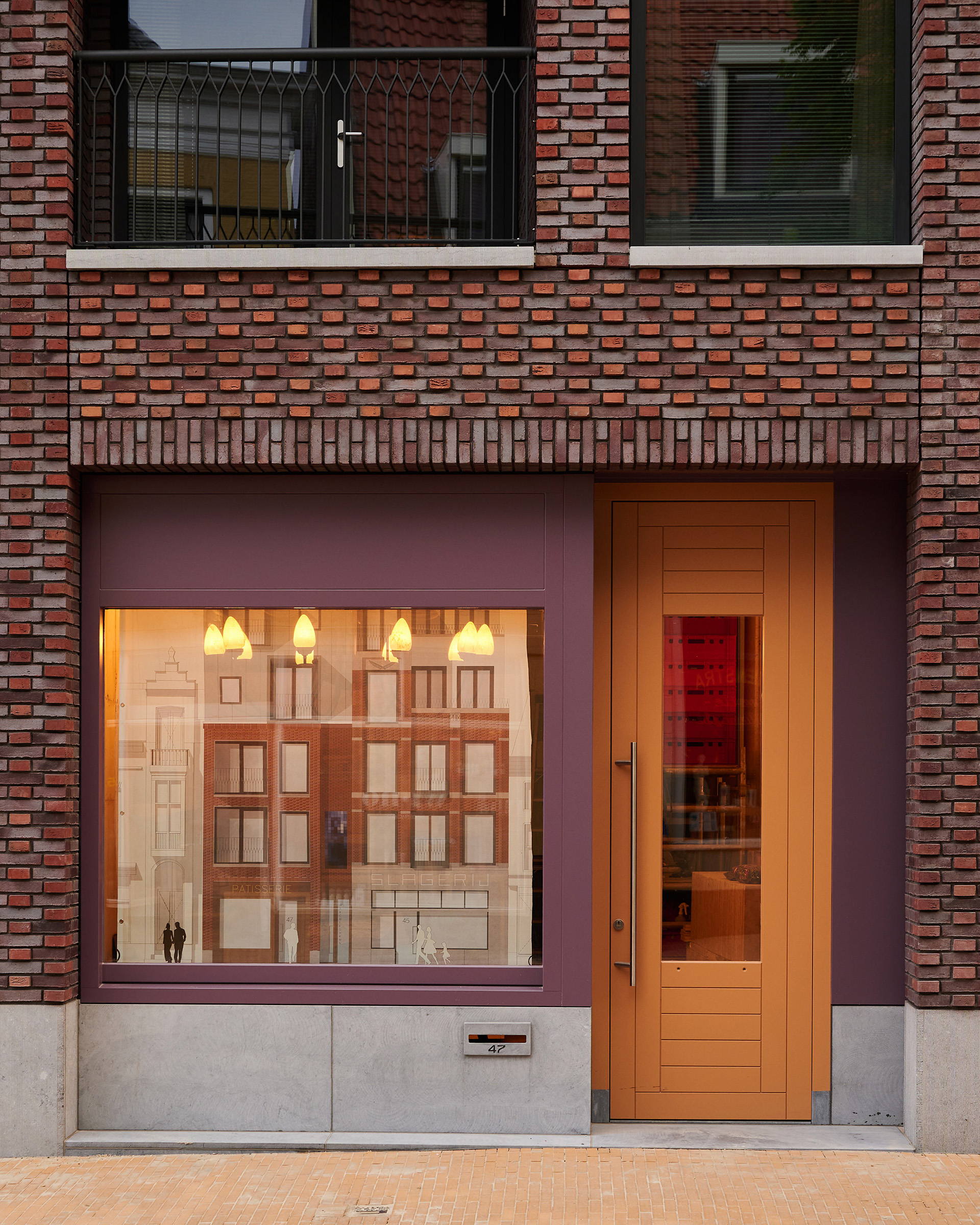 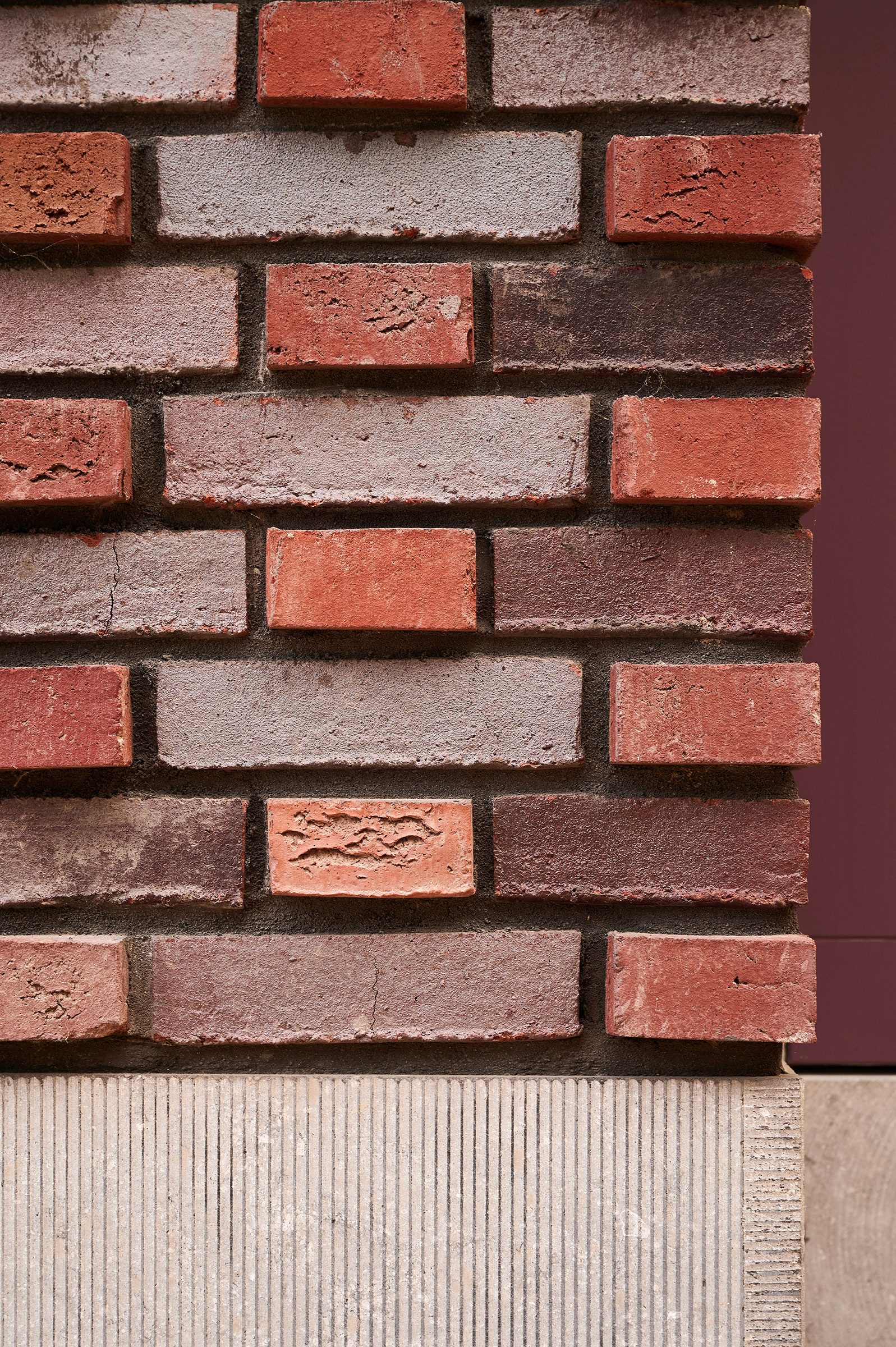