The third block to reach completion in the Gruno District is Typhoon. The Gruno District was originally conceived during the era of housing shortage that followed the First World War. In 2004 it was decided to give the area a major facelift, as the houses were in poor condition, resulting in sub-standard living conditions. The quality of the post-WWI plan lay in the clear sense of unity within the urban structure. Within this unity, the area offered a wide variety of special locations, both in the way the exterior space was laid out and in the way the buildings had been detailed. This varied unity formed the starting point for the new urban prepared by De Zwarte Hond plan for the northern section of the Gruno District. The plan features an ensemble of eight enclosed brick-faced buildings with a stepped silhouette and added elevation accents at various corners. The unity has been created by using unambiguous and distinguishing building volumes. In addition, the unity is reinforced by standardising the layout of public spaces, the facade treatment, and the entrances to the buildings. For variation, different profiles, details, types of brick and facade heights were used. 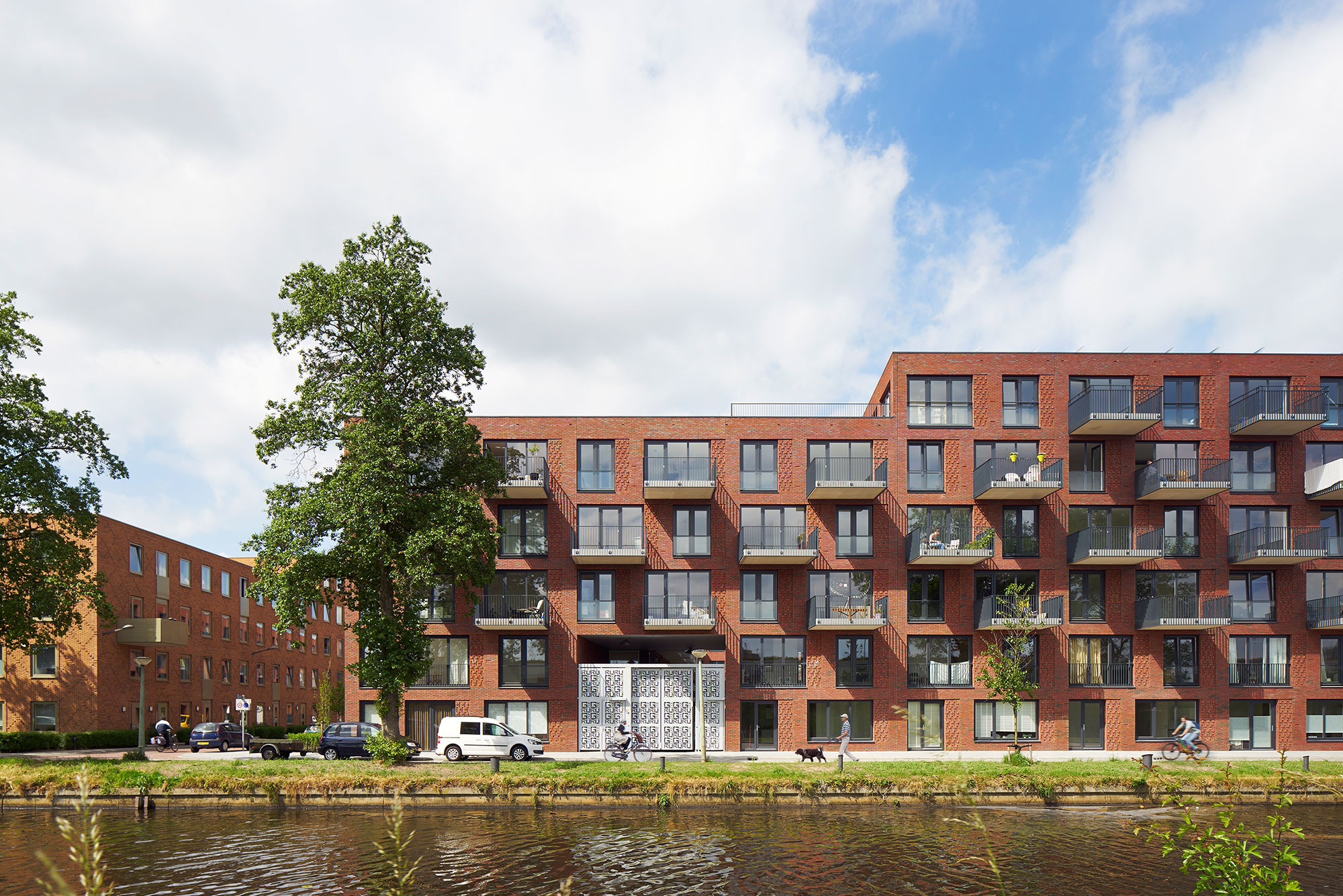 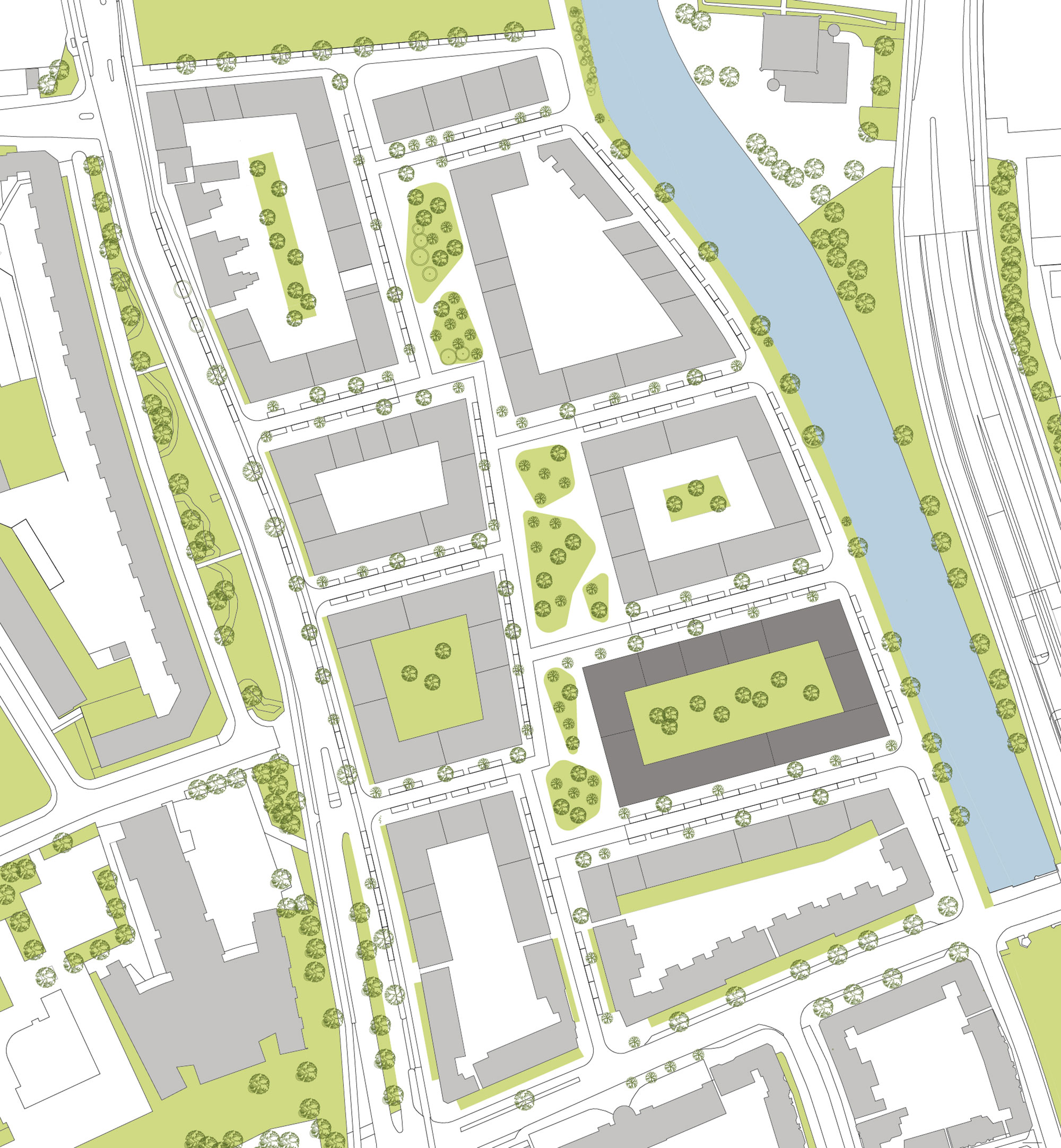 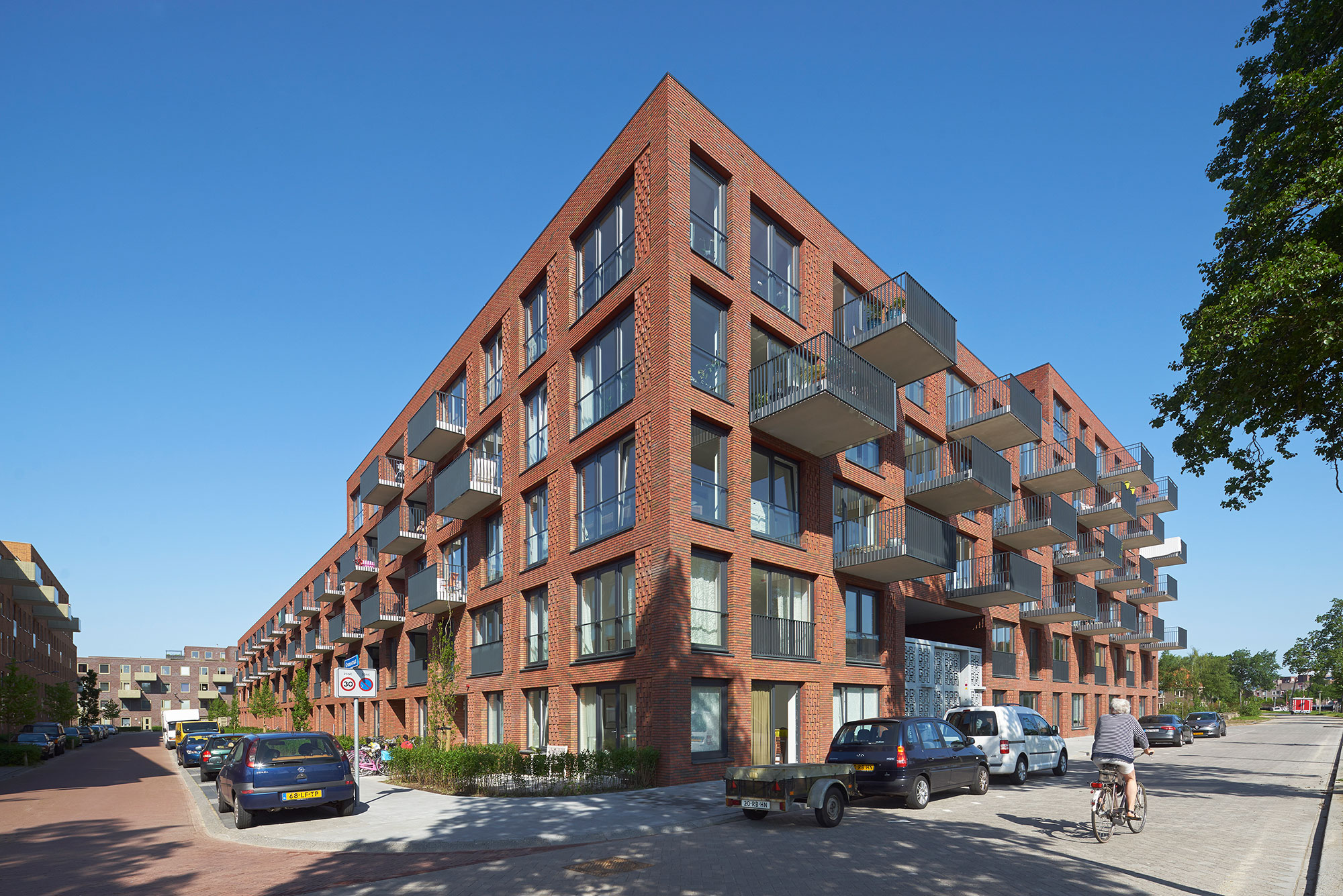 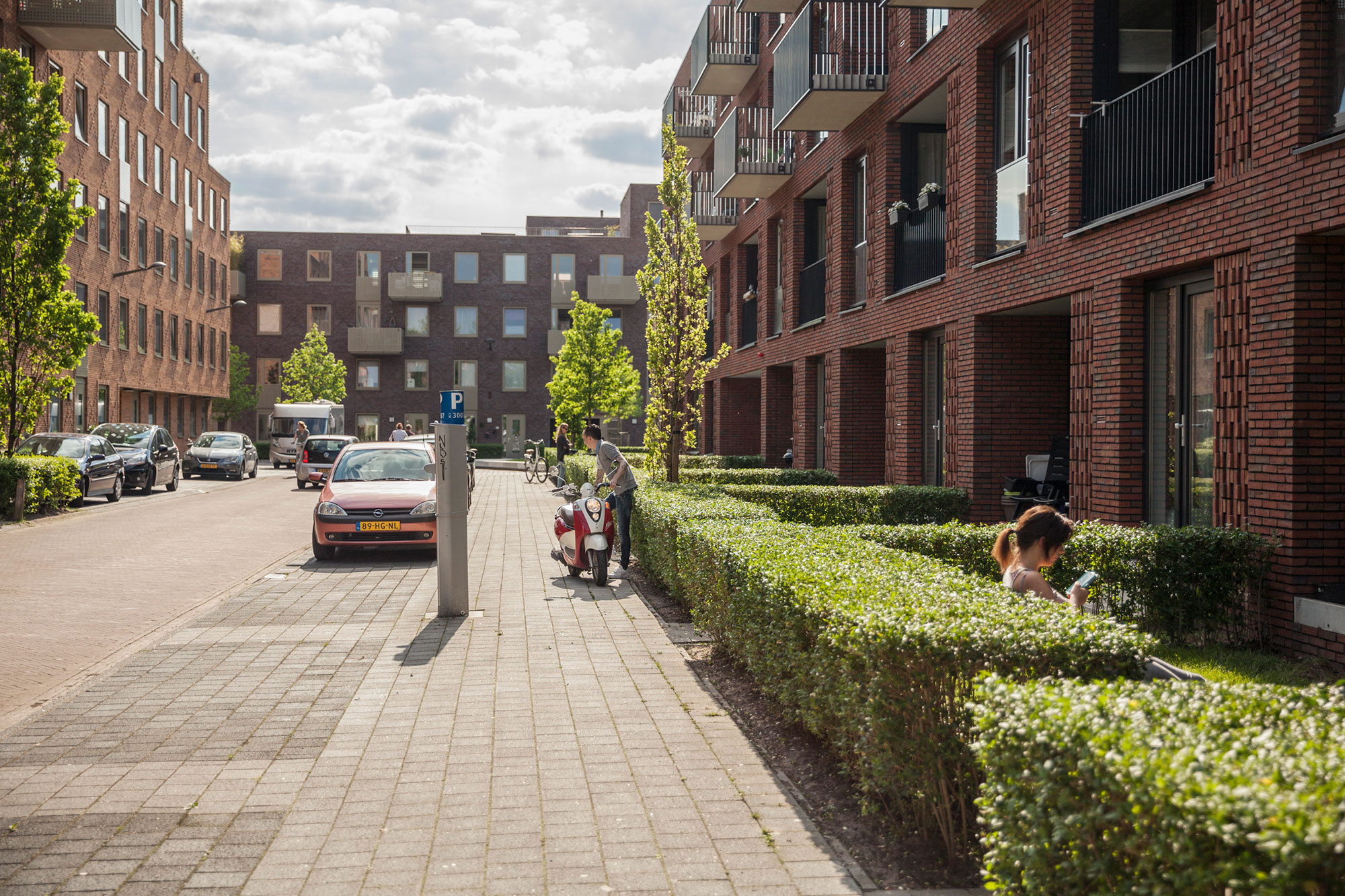 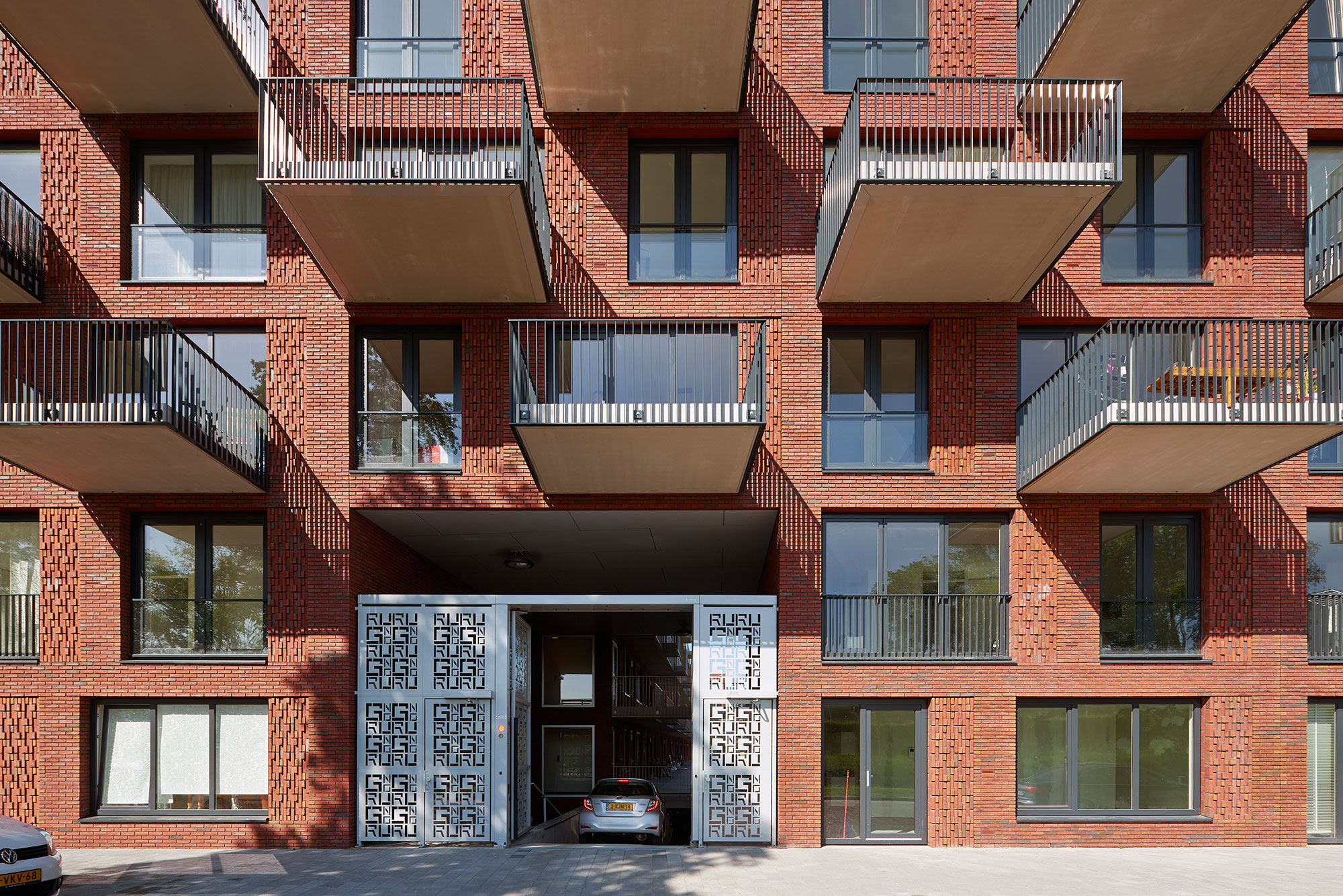 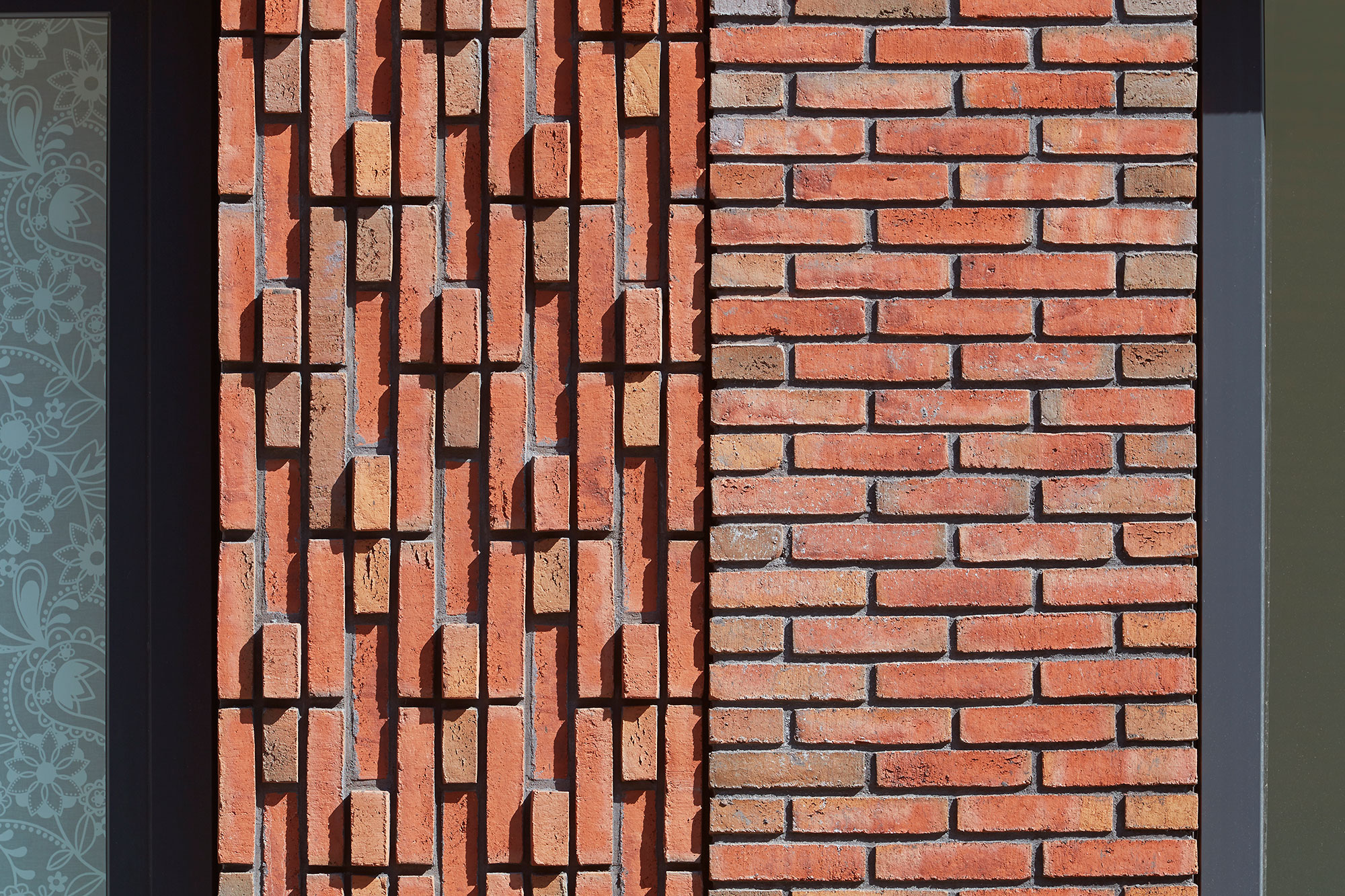 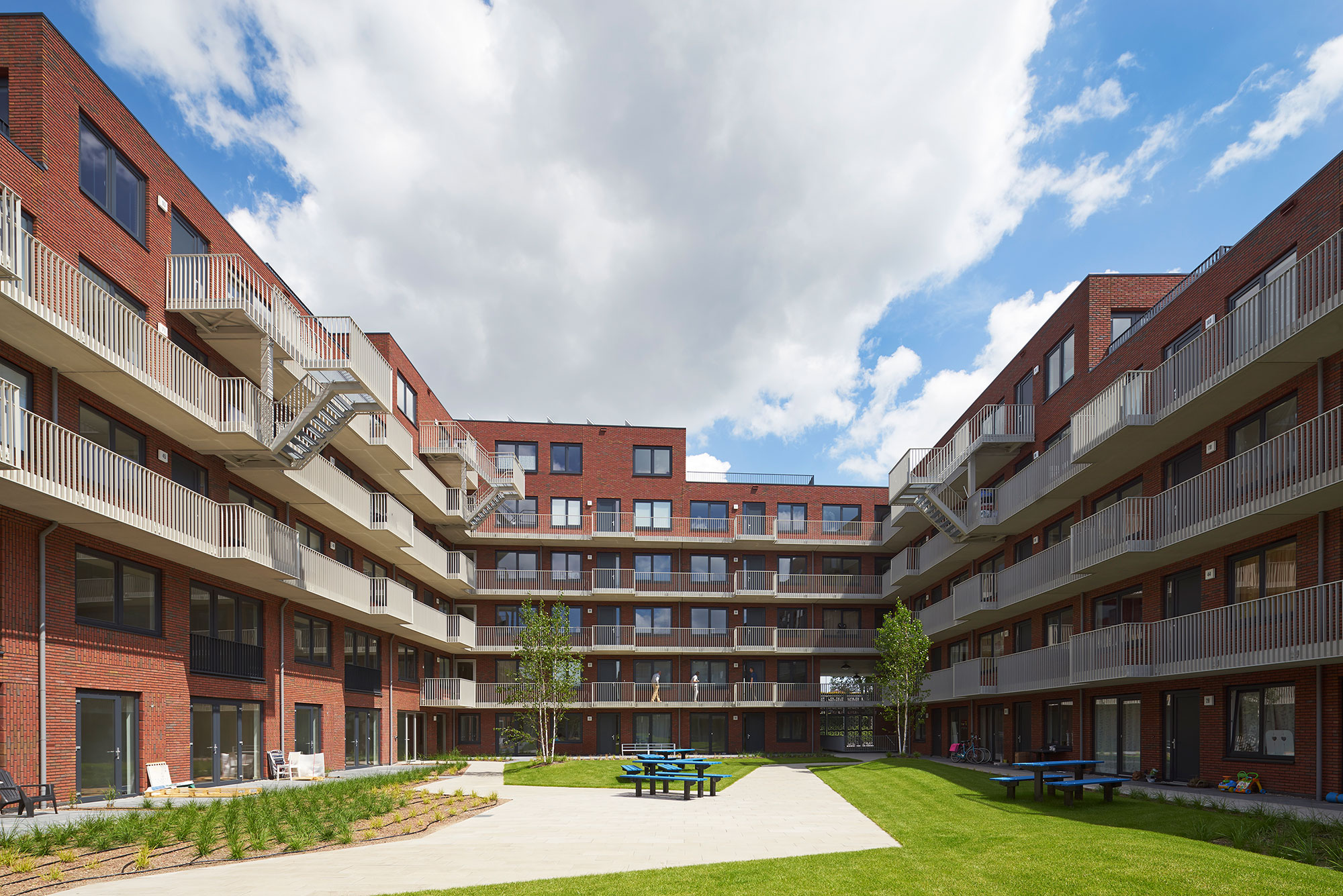 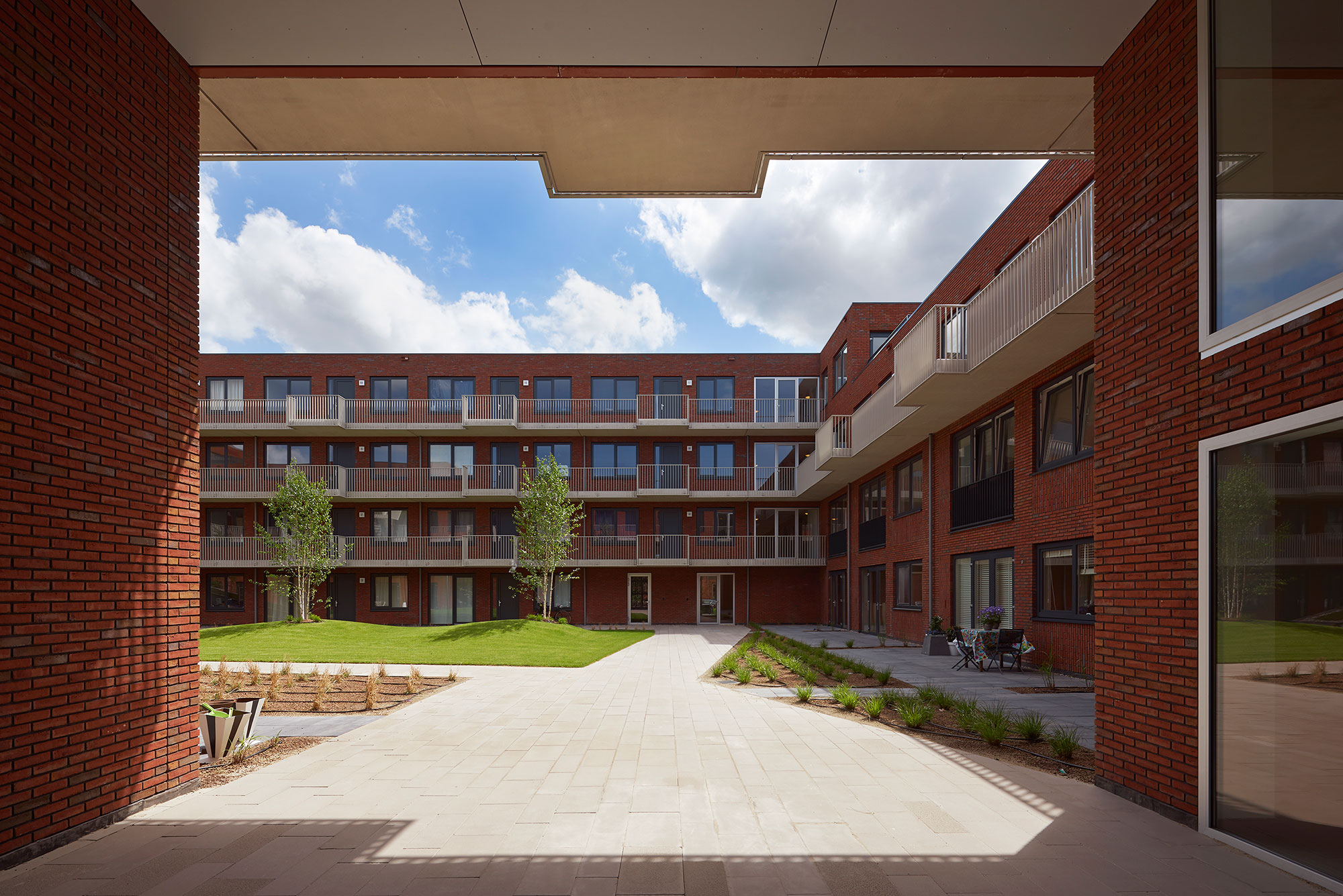 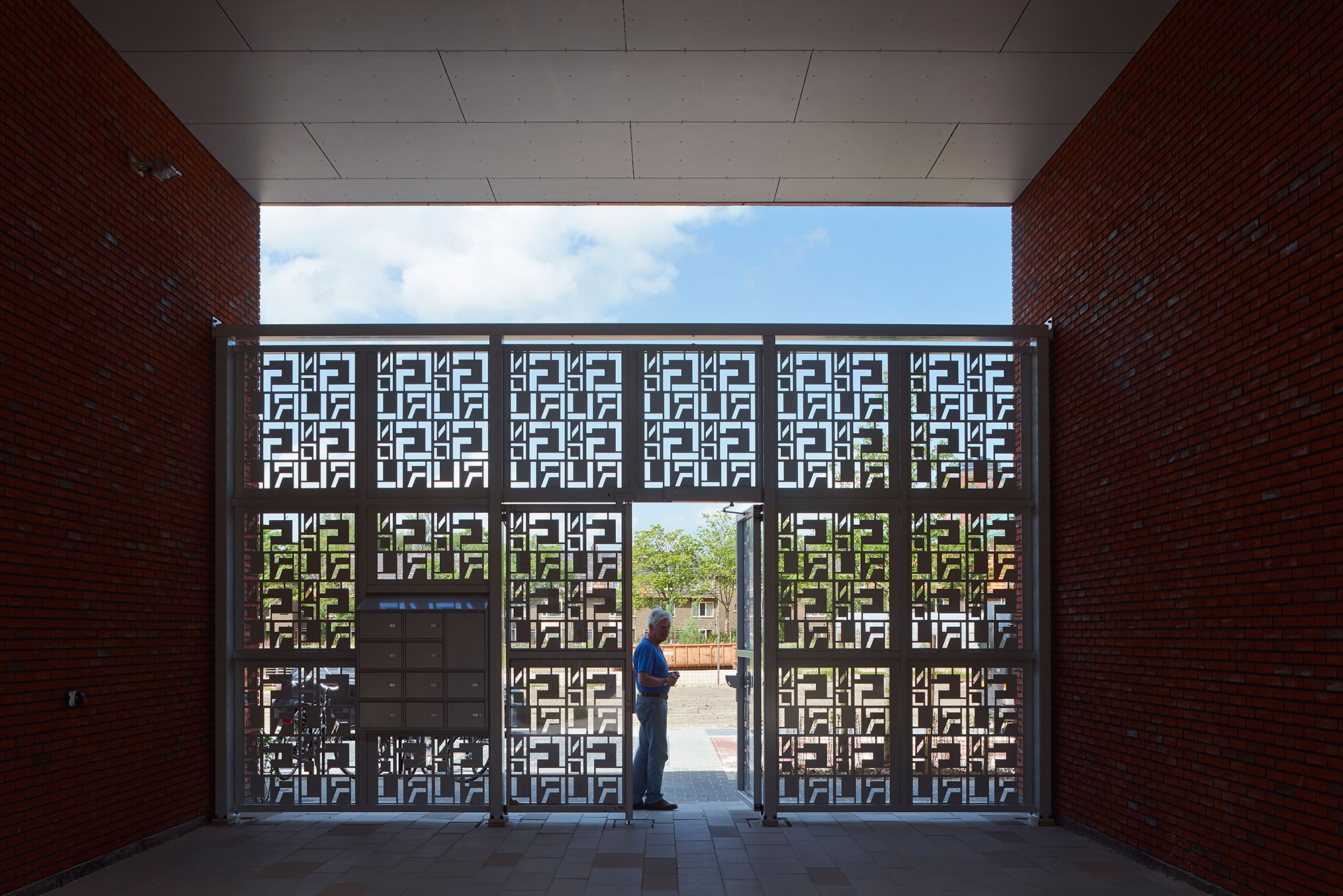 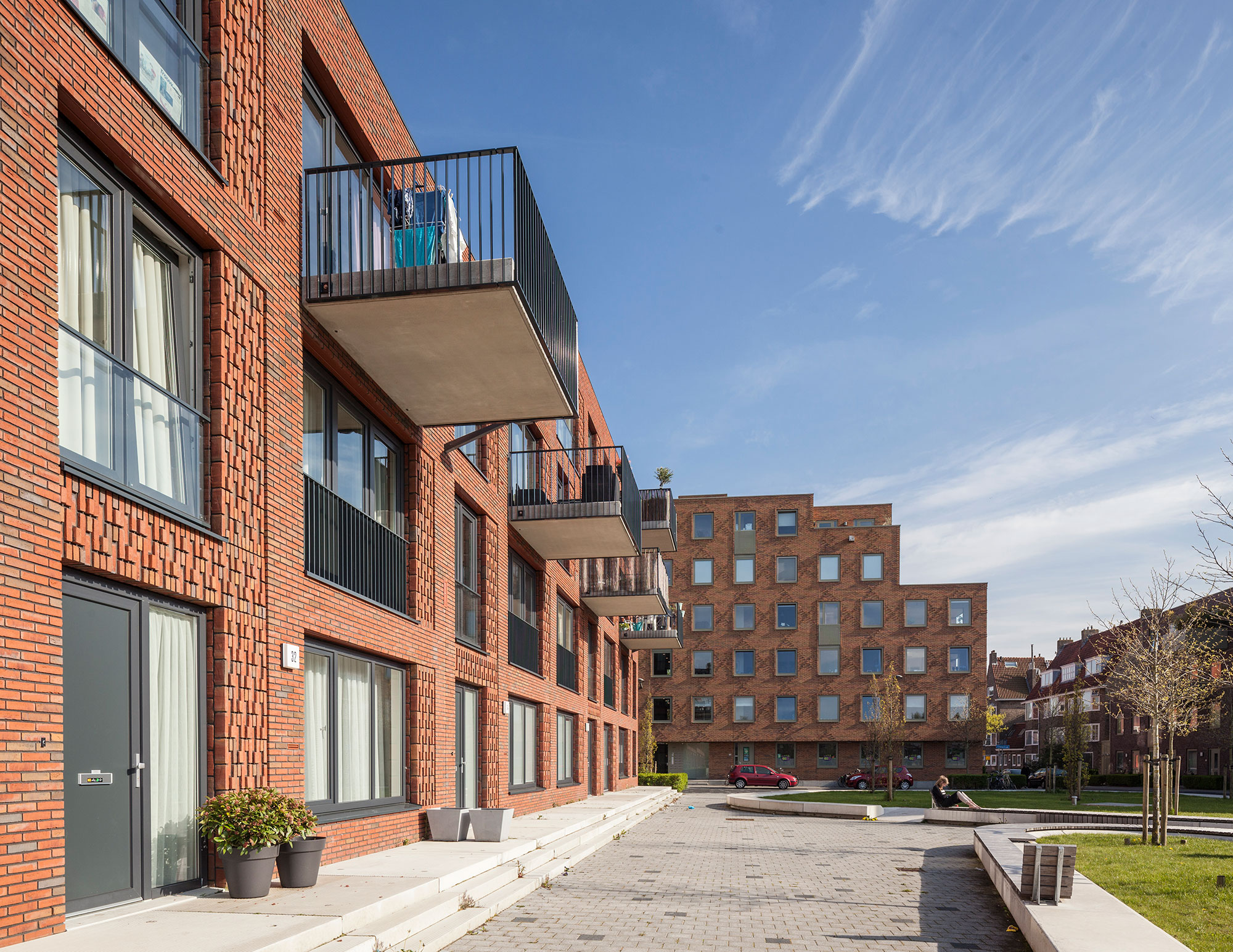 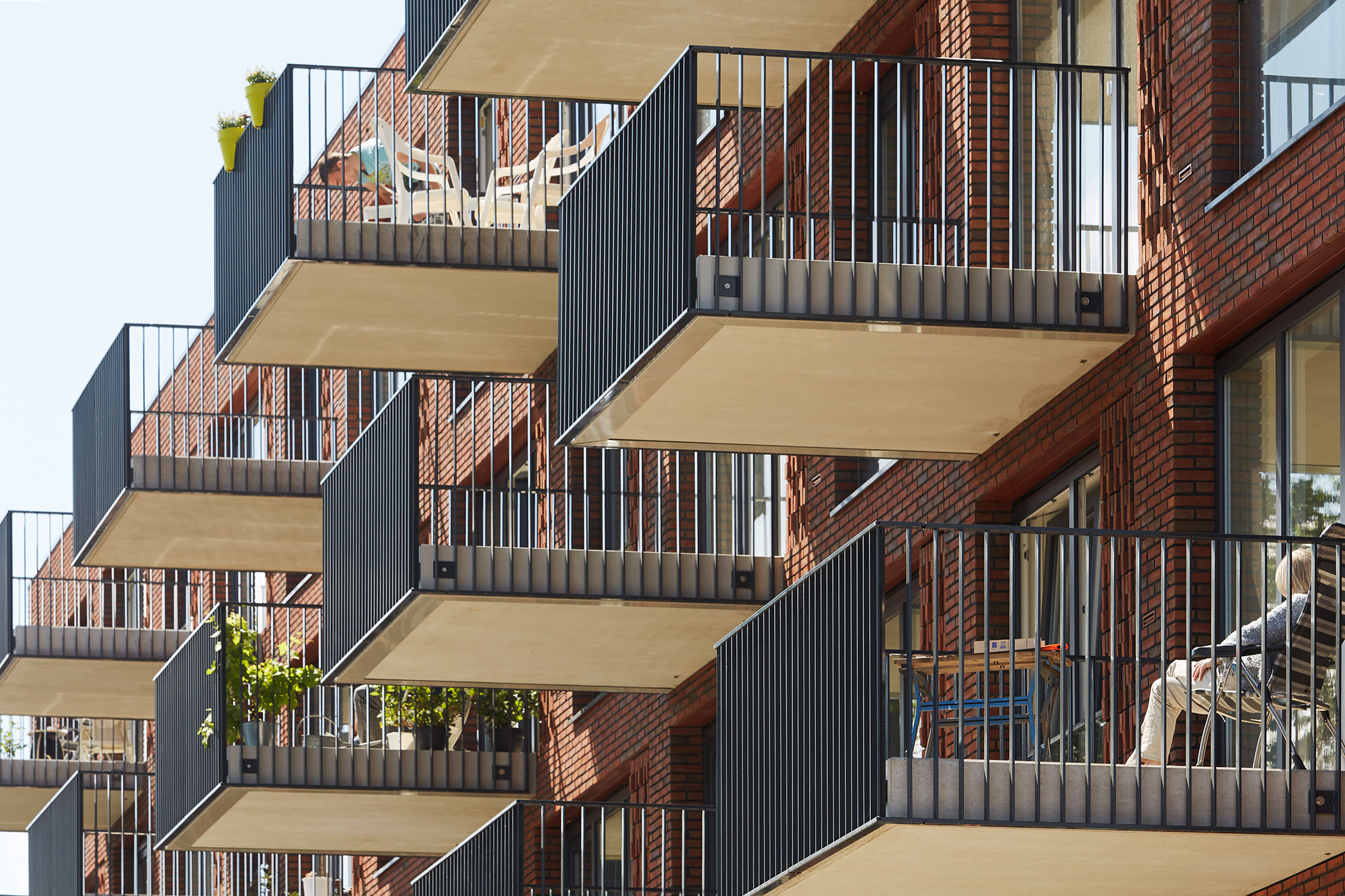