Bremerhaven is one of the poorest cities in Germany, with an empty port, high unemployment, a large number of highly educated people who work in the city but live (and pay taxes) elsewhere, and a sluggish housing market. Economically and programmatically, this situation calls for a plan that tempts the highly educated to live in the city, while also creating jobs. The Werfkwartier can play a role in this.

The Werfkwartier is a port area that borders directly on the centre, but that also has the back to the city. Transformation has already started, but a clear direction is still needed in order to make this area a vibrant place for living and working. With “Wieder, Wieder, Weiter”, De Zwarte Hond and DELVA have created a special urban development strategy for the redevelopment of the Werfkwartier. 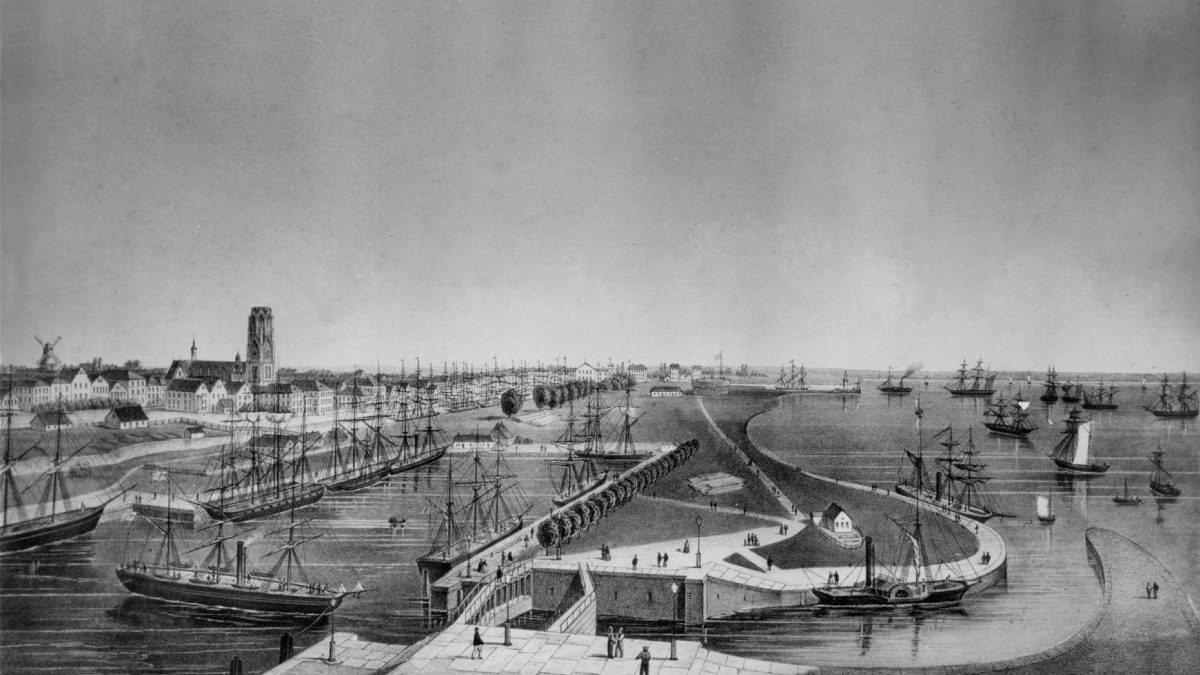 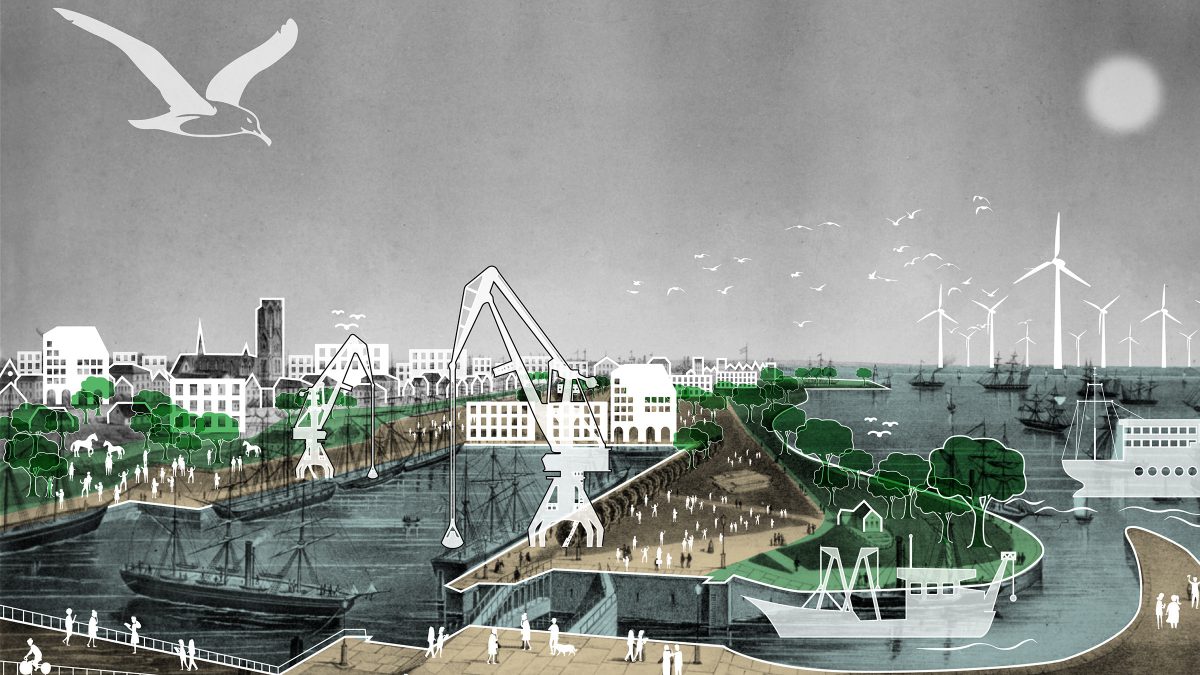 People are tempted to live where they work.

Reuse of the existing infrastructure also offers space for new forms of mobility.

Functions that attract a large audience, such as education and culture, are given a place along the harbour basins, giving them new meaning.

As a programmatic backbone, the old railway line connects the urban functions.

Wieder, Wieder, Weiter is based on building on the existing context as much as possible. Not only do we reuse and transform materials and buildings here, but we also reuse the Werftkwartier as an urban district in its entirety, by adding new destinations (Wiederbelebung).

The framework builds on the existing infrastructure (roads, railway lines, harbour basins, green zones, buildings…) by giving it a second life and connecting it firmly with the surrounding city (Wiedernutzung).

We cherish the places where the Werftkwartier is already alive (such as the Fischereiplatz) and gradually strengthen this liveliness by adding attractive living environments around the public hotspots (Weiterentwicklung). 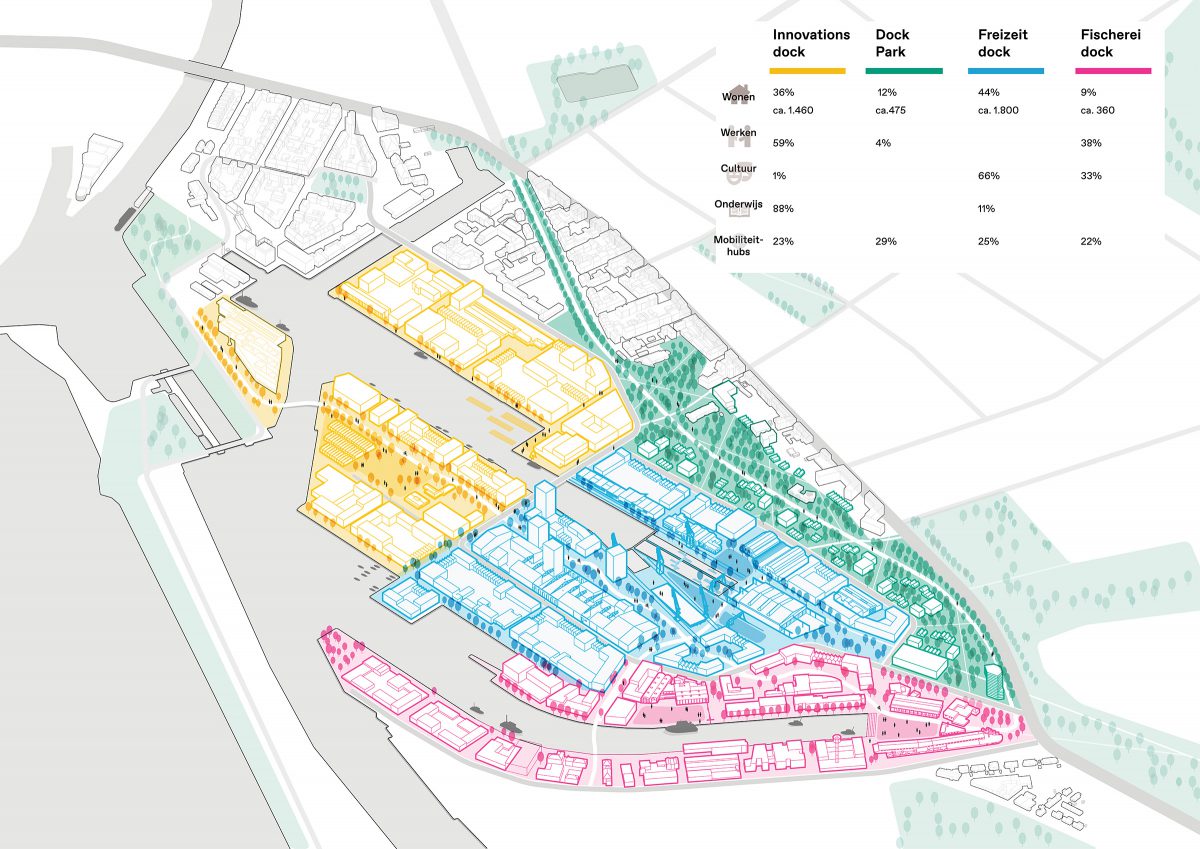 The four sub-areas of the Werfkwartier 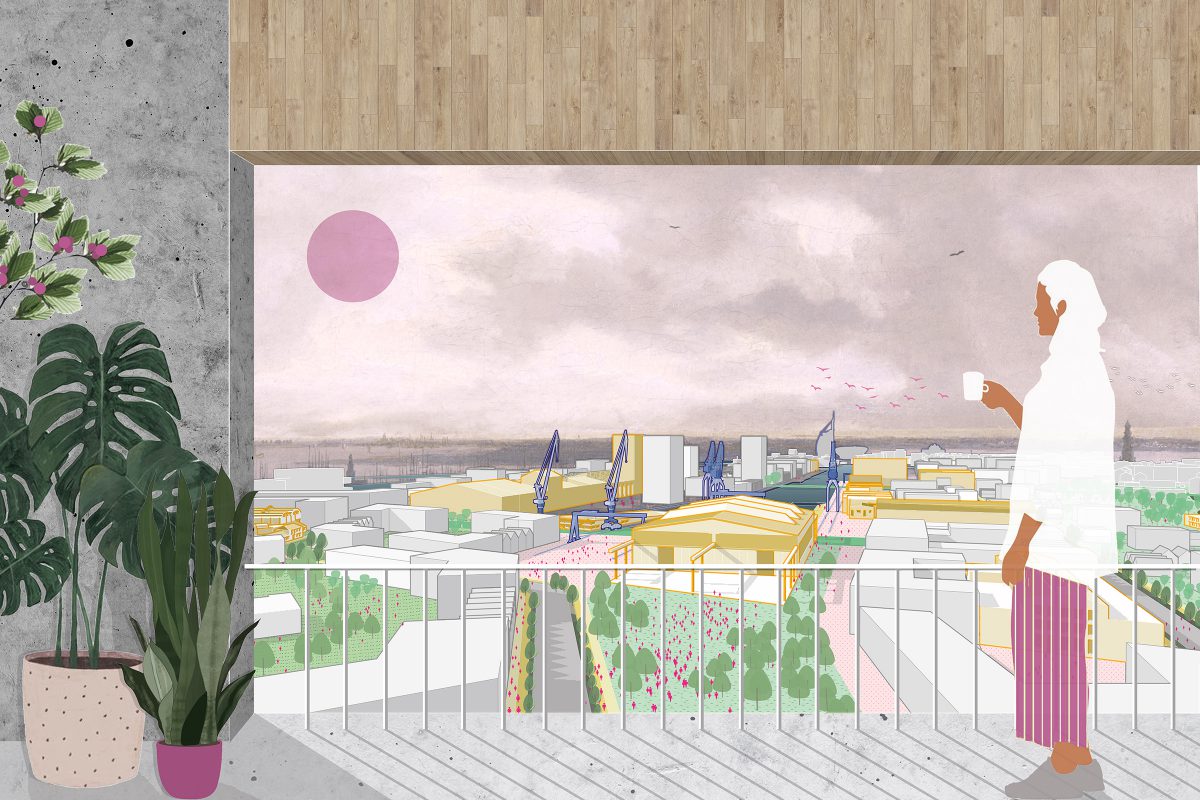 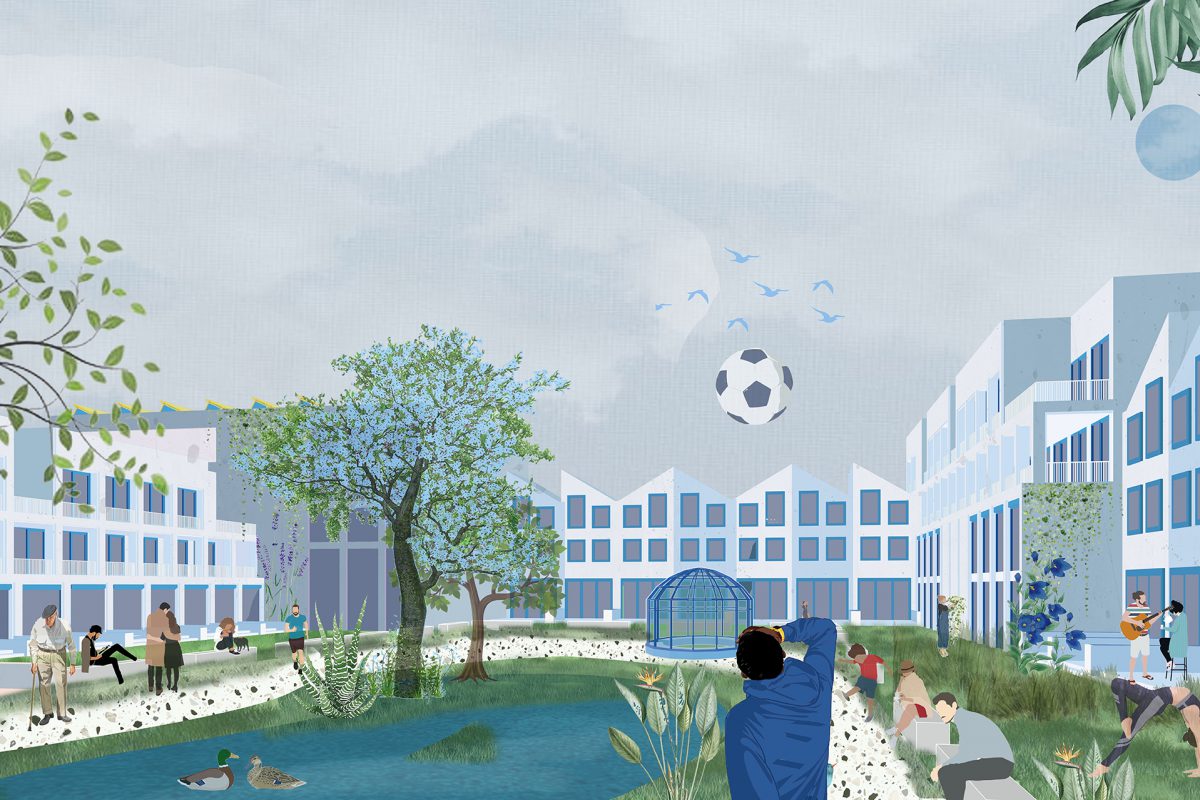 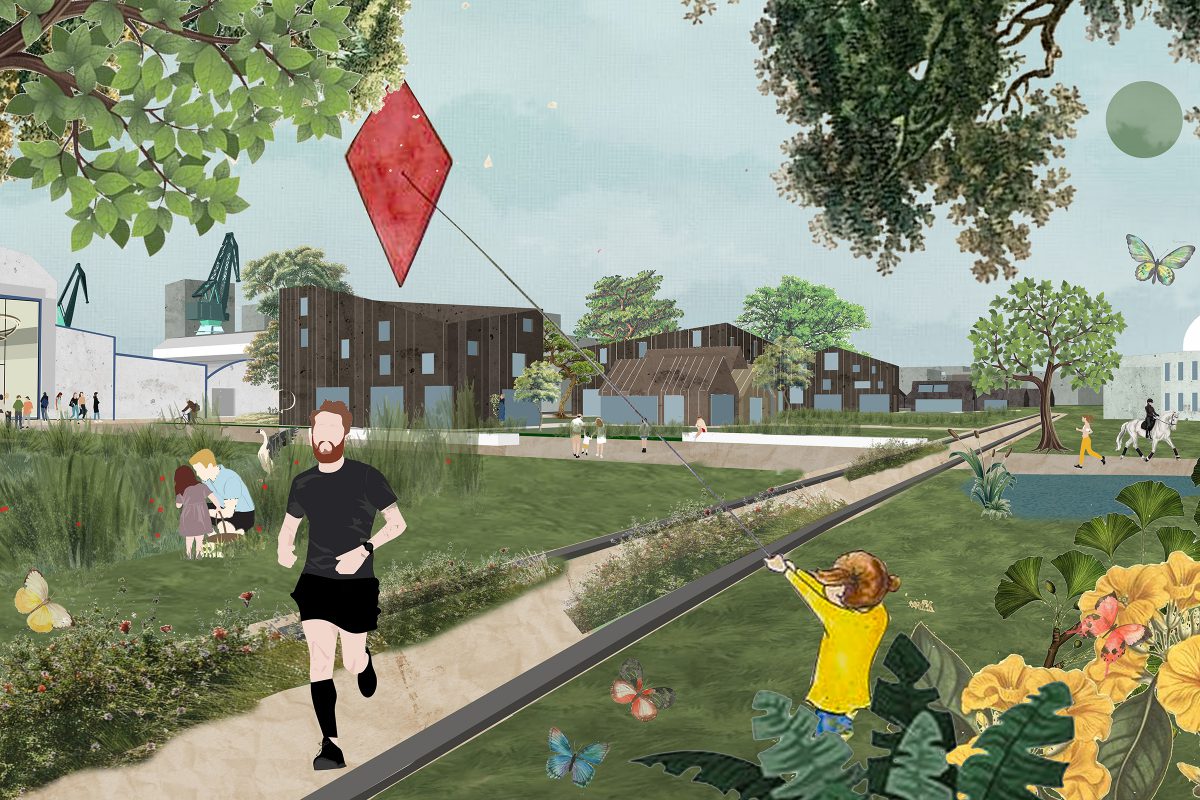 The best of the city, landscape and port are combined in a unique urban environment 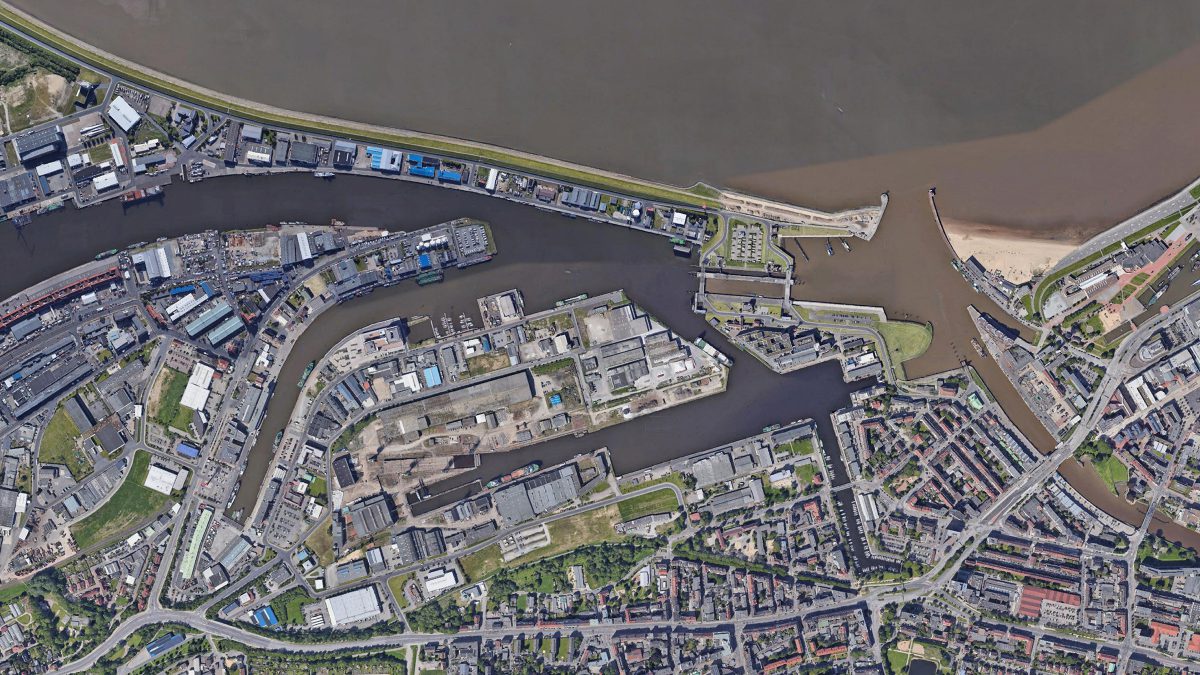 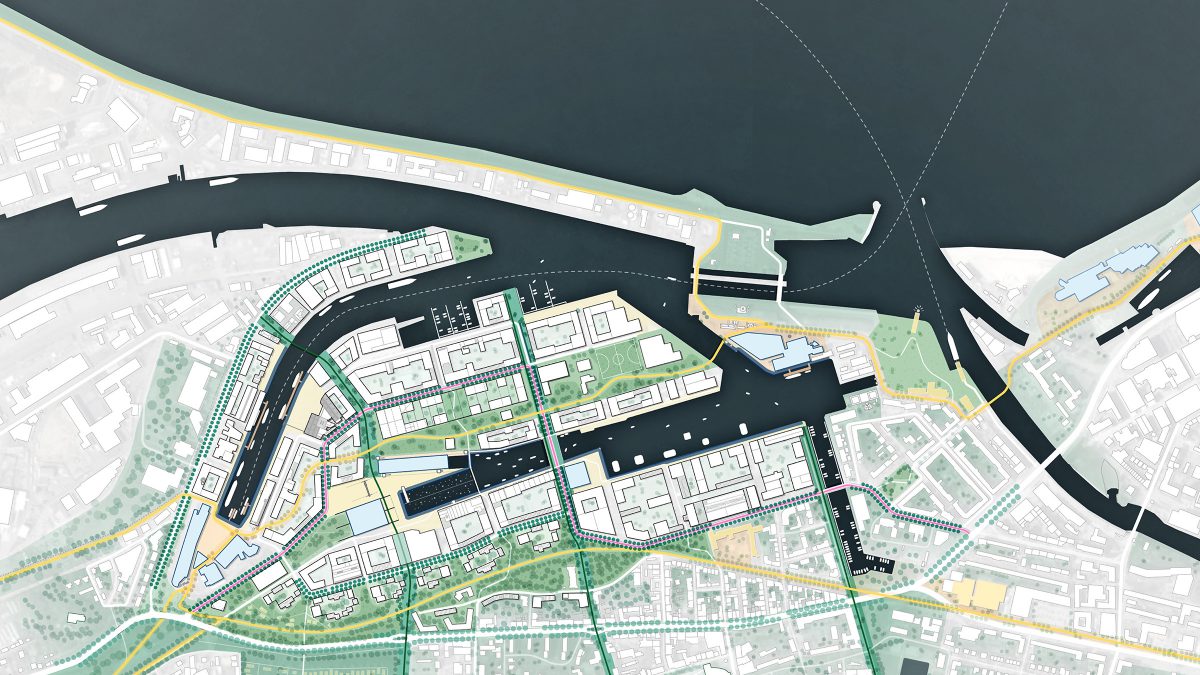 The empty harbour basins are also programmed and partly determine the character of the place.

With this strategy, the Werftkwartier becomes a special destination for existing and new residents of the city. A well-considered densification strategy of large building blocks with big communal inner courtyards and compact streets and squares creates a pleasant, lively city with a low density, with residential qualities that can compete with rural living in the region. Because here the best of the city, landscape and port are combined in a unique urban environment.

The four areas – Innovation Dock, Leisure Dock, Fishing Dock and the Dock Park – each have a different look and a versatile mix of functions, so that various housing requirements can be met. 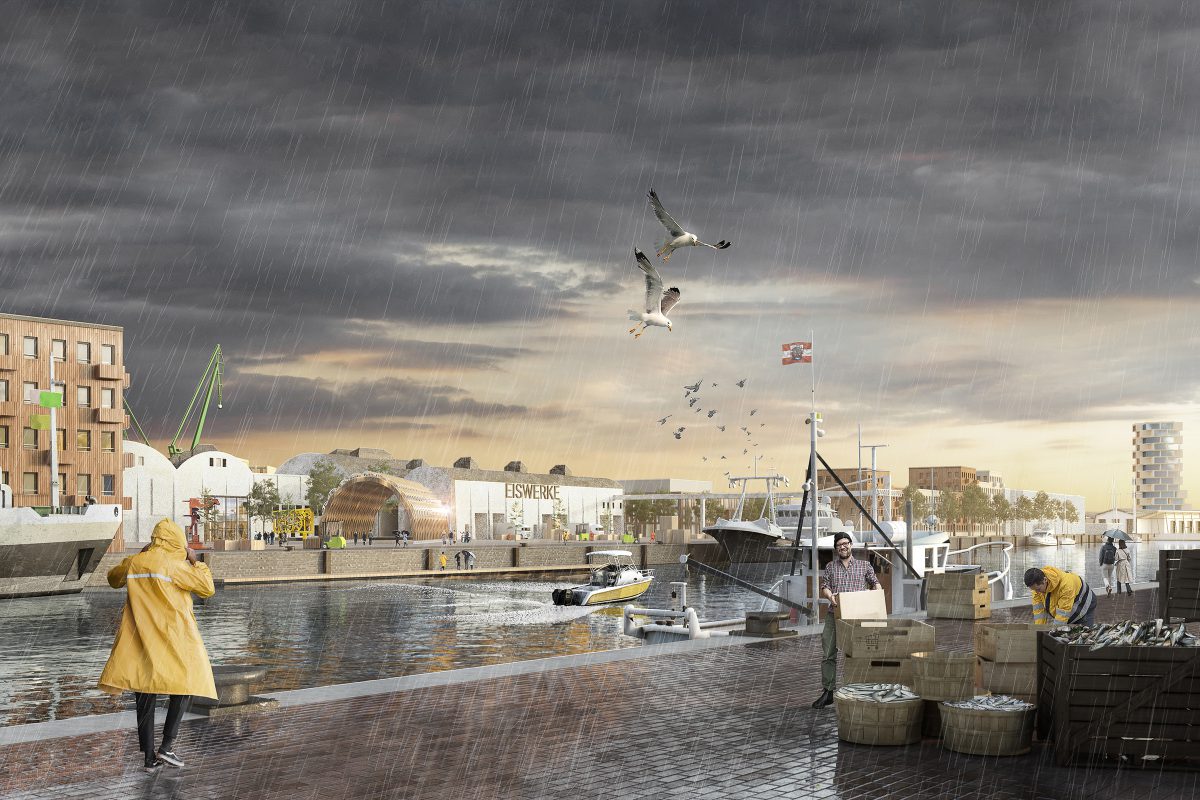 Space for living and relaxing, on and around the harbour basins 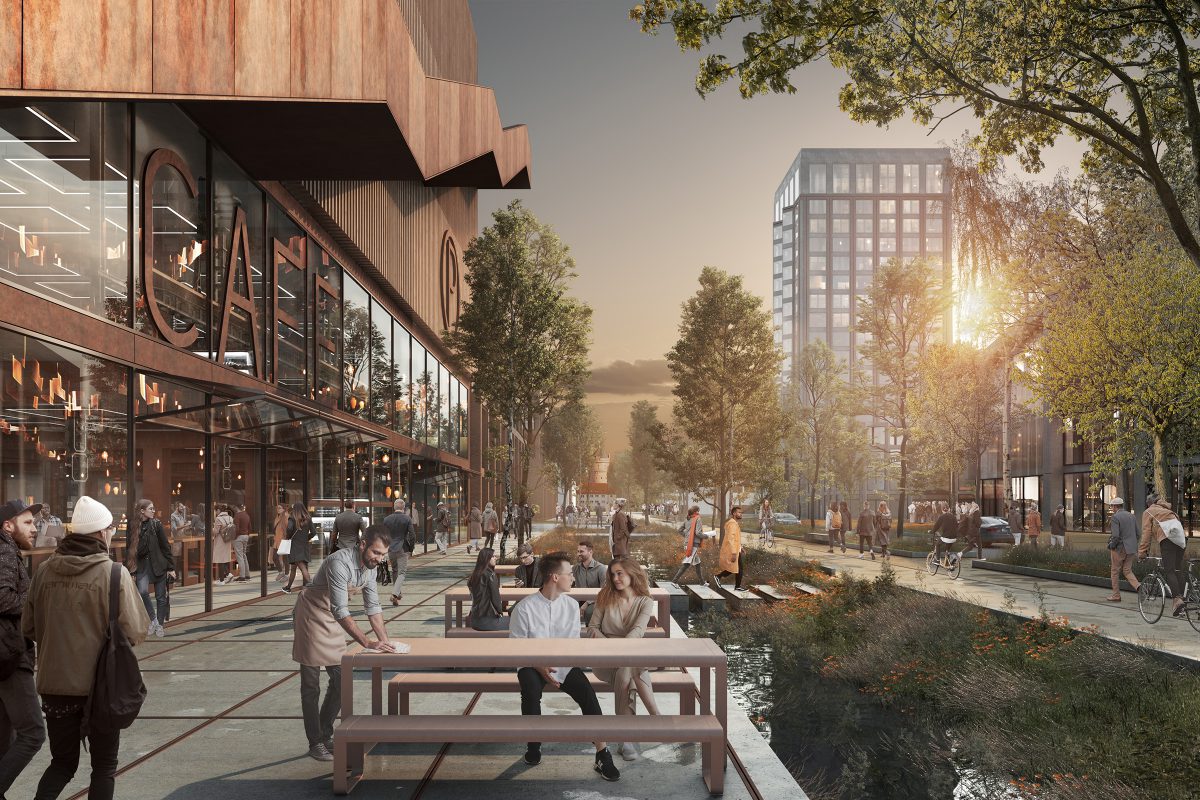 A lively and climate-adaptive street profile 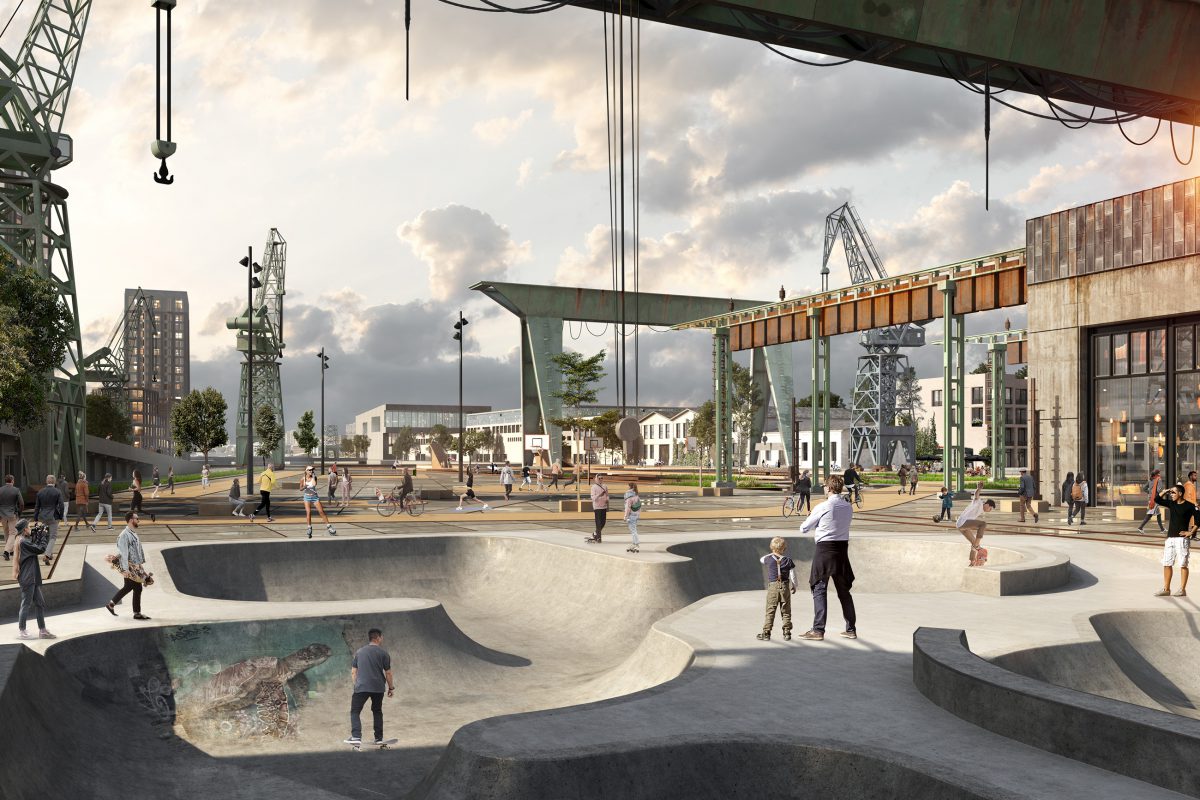 Wieder, Wieder, Weiter is an urban strategy for the redevelopment of Bremerhaven’s Werft dockland quarter. Because future housing demand is uncertain in Bremerhaven, it is essential to create a strong framework. This framework allows the neighbourhood to develop flexibly and step-by-step and to provide space for a variety of working and living functions at its own pace, depending on demand. The credo is that the city is never finished, but always ready for use. Whether 500 or 5,000 homes are developed in the future, with this framework, the Werft quarter will once again become an integral part of the city, and Bremerhaven will once again make an impression on the waterfront. By naming different sub-areas within the framework plan, these can be developed independently of each other and of the different ownership situations. Each area has and keeps its own character and can grow independently and at its own pace. The plan shows the power of a strategy based on a process of rediscovery, reuse and further development. Although the strategy has been developed for Bremerhaven’s Werft quarter, it could be applied much more widely.