De Zwarte Hond was commission by Rotterdams WeerWoord, a programme initiated by the municipality focusing on climate resilience in Rotterdam, to research how Rotterdam has adapted to climate change and rising sea levels in 2060. In collaboration with Strootman Landschapsarchitecten we proposed a scenario that shows how the city as a collective tackles the consequences of climate change by addressing the source of the problems.

Entitled Flatten the Curve the project shows that if we transition now into a sustainable economy and society, cities can lead the way, thereby helping slow the steep curve of climate change and improving people’s quality of living. Four regions, each with a different soil type and context, play a different role, and are developed in panoramas.

Flatten the Curve forms one of the four scenarios, each developed by a different team, presented in the Meteopolis exhibition at the IABR 2020 (International Architecture Biennale Rotterdam). The exhibition opens on 14 January 2021 at the Keilezaal in Rotterdam. A sneak peek will be unveiled during an online ‘pitch’ during the Stadmakerscongres on 10 December 2020.

De Zwarte Hond’s proposal will also be featured on a special website of Rotterdams Weerwoord and in various publications, and discussed during different lectures. More news to follow. 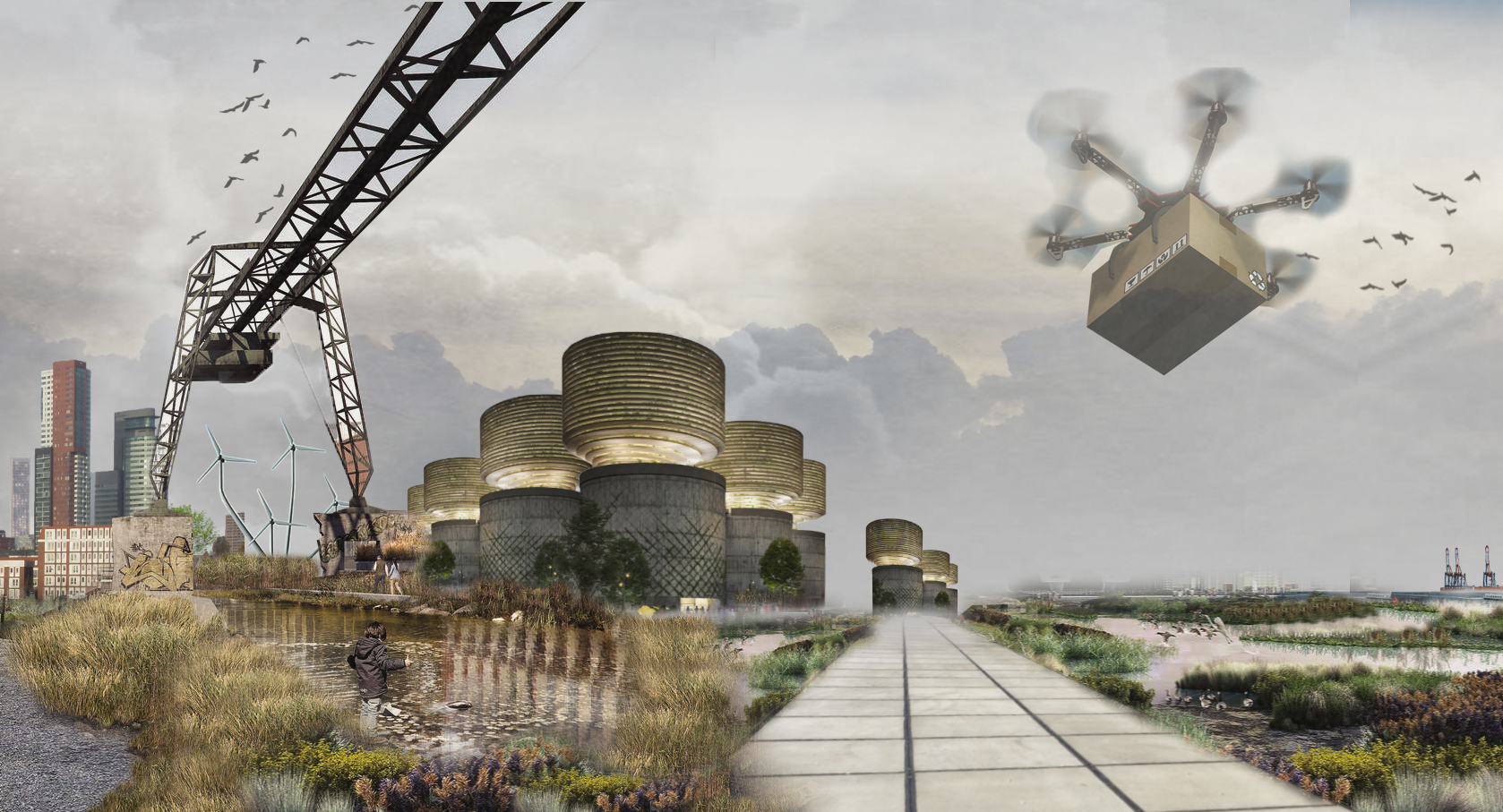