In 2008 De Ville Buiten won the BNA prize for the North region’s most beautiful building of the year. According to the jury report at the time: “It is a plea for professional craftsmanship, and quality that deserves to be emulated in mainstream house building.” And for Koningskaars too, the perception of the exceptional landscape and of the elements were the keynote for the design. The layout of the landscape is determined by what is already there on this part of the island: typical dune vegetation with gorse and hardy grasses. Koningskaars stands alone in this dune landscape without a boundary partition.

The construction of Koningskaars was in response to the demand for more spacious apartments on Schiermonnikoog. The complex has three floors. The ground floor is constructed at a slightly-sunken level, as a result of which the overall height remains lower, so the building thus occupies a modest position in the landscape. The layout of the apartments is more or less the same with each one turning in a different direction round a central access point. The apartments are fully furnished and have a large open kitchen, a spacious living room adjoining the external space, and a modern bathroom.

Click here for more photos and information of Koningskaars. 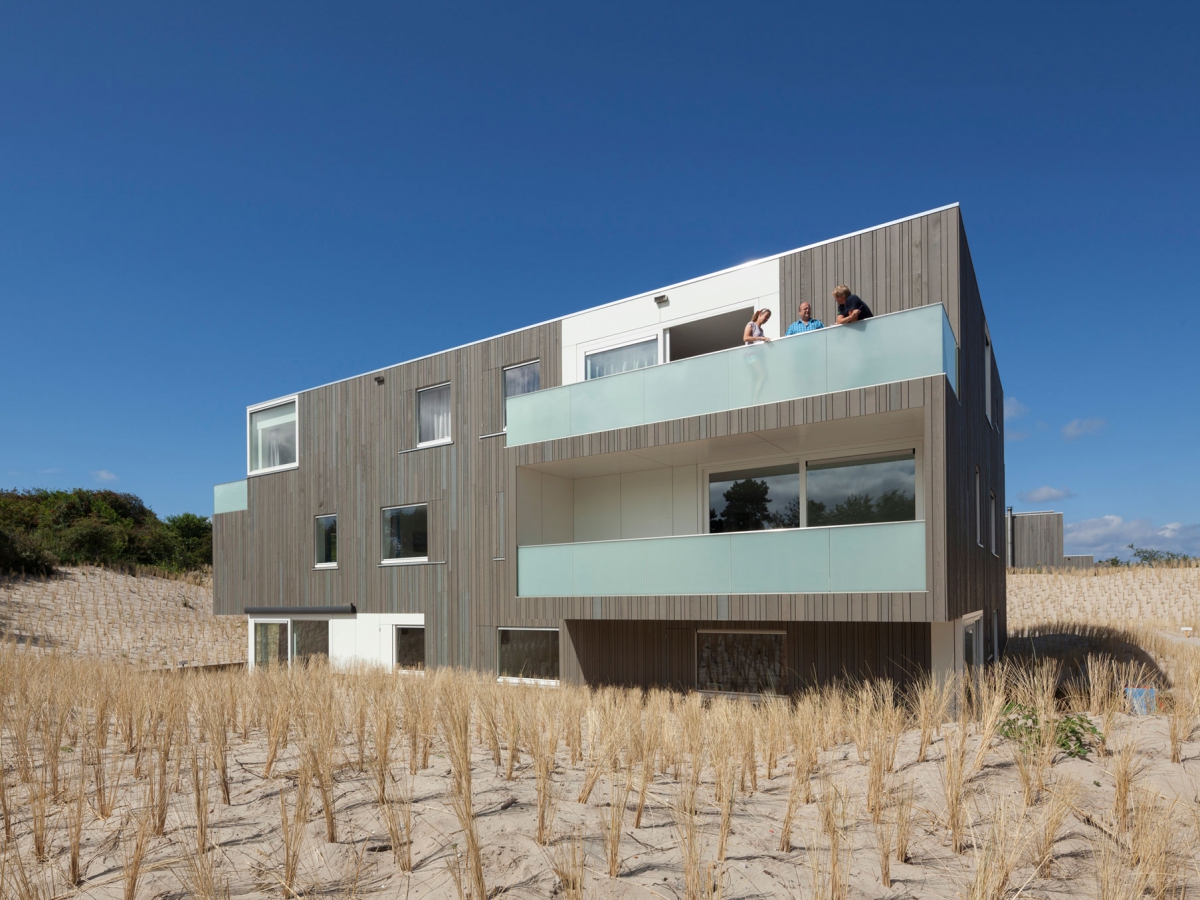