The mixed neighbourhood – report on a symposium

De Willigen highlighted the importance of mixed neighbourhoods to set good conditions for urban development by offering both idealistic and practical reasons. These included freedom of choice, layered social relations, flexibility of the cities, sustainability of neighbourhoods…

Video: Audio available in Dutch only.

After the lecture, the residents of the Grunobuurt shared their opinion on how these principles worked in their neighbourhood. The relationship between the residents, the housing corporation Nijestee and the municipality was one of the main underlying topics of the afternoon.

There was no doubt in the symposium about the need for mixed neighbourhoods. As Pieter Bregman, director from housing corporation Nijestee, stated: “we need mixed neighborhoods, we need residents of all sorts. The more homogenous and monofunctional a neighborhood is, the sooner it is ready for restructuring and demolition.”

The discussion about mixed neighborhoods mainly concerned the way in which they should be realized. Housing corporations must continue to focus on ambitious plans together with market parties and the municipality, and as one of the residents recommended, the target group should be involved as much as possible.

if we really strive to stay in conversation with all the parties involved in this quest, then it is obvious that the design must be used to structure both the conversation and the search for the mixed neighbourhood. in that way we will all share the experience of improving neighbourhoods. Aside from the valuable stories about the restructuration of the Grunobuurt, this is a reality that has not yet penetrated the discussion about mixed neighbourhoods.

The book "Grunobuurt Noord - van plan tot steen" was presented during the event. 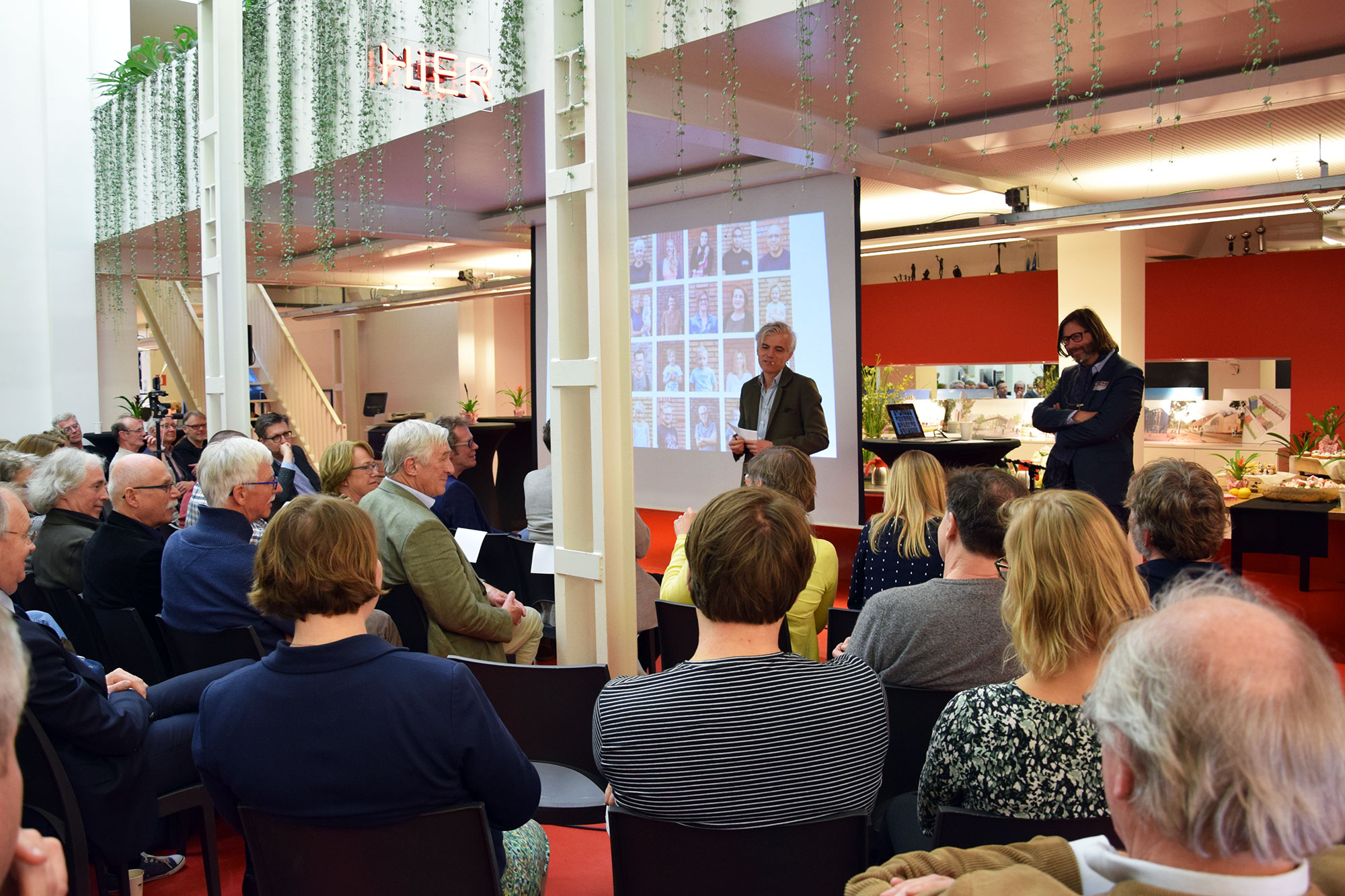