At the beginning of 2018 De Zwarte Hond was commissioned to redesign the council chamber − dating from 1994 − in Assen town hall. The furnishings had reached the end of their lifecycle, the audiovisual aids no longer met current requirements and the structure was too static and only suited to debate with the Burgomaster and Aldermen. The aim was for the new council chamber to become the municipality of Assen’s showpiece. What was needed was a comfortable, multifunctional chamber, suitable for council meetings, but also for weddings and other functions. And the new design should also promote interaction between the public, the press and the council.

The large, flexible, oval table with an open middle section forms the basis of the design. This facilitates optimal communication between the councillors, and the public have a good view of the entire table. The benches along the inside edge of the table provide additional seating for large gatherings and create an intimate atmosphere for civil partnership ceremonies or weddings. Even more so when the curtains are closed. This central area is where the public and politicians can meet on a more informal basis before and after a council meeting.

in the design warm wood is combined with light grey tints. The floor with the red city map of Assen becomes an eye-catching feature giving the area an extra vibrancy. 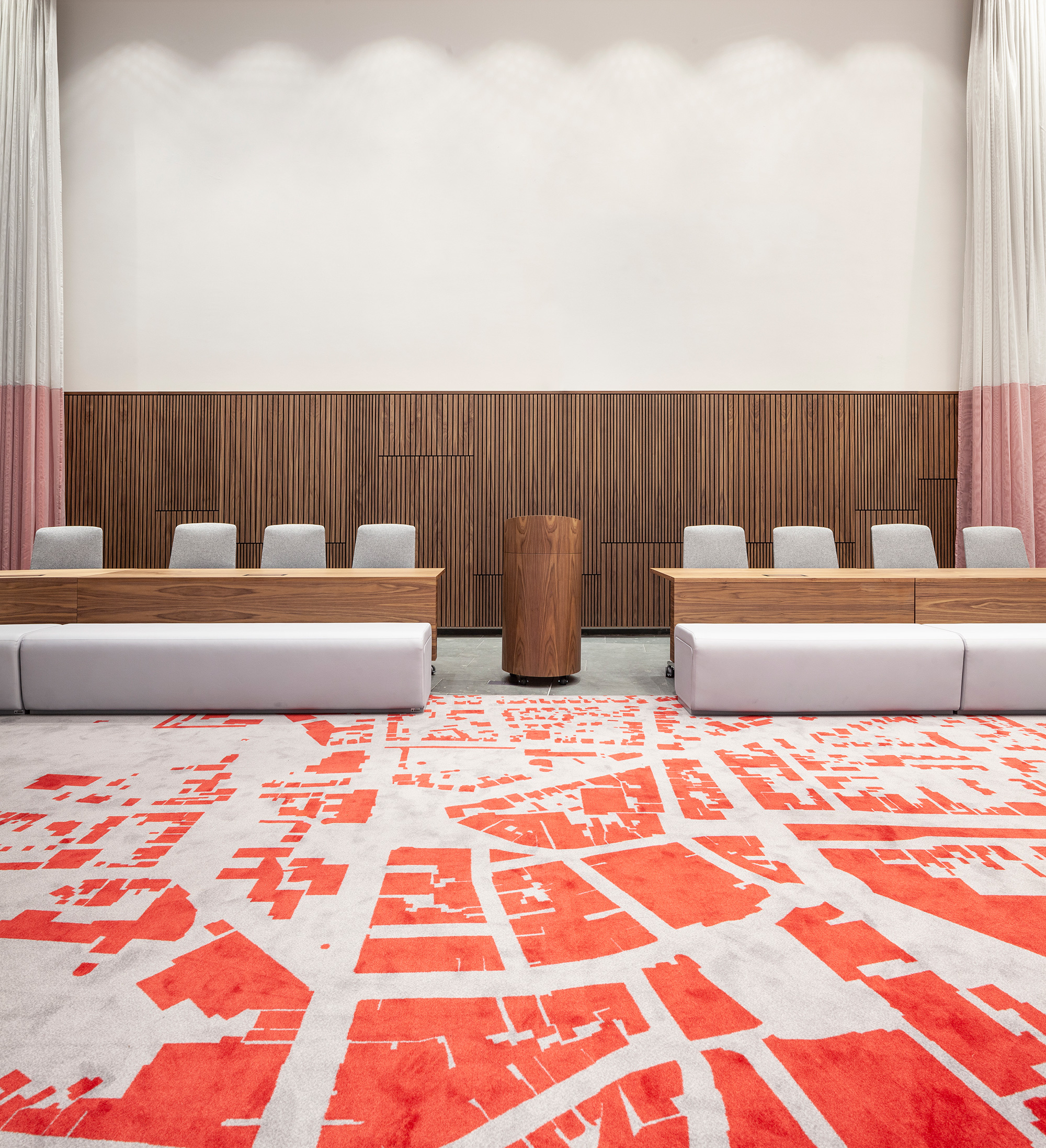