On Tuesday, 2 November, 2021, the city council of Schiedam announced a new spatial vision that will transform the Schiedam station environment. As the basis for these future ambitions, De Zwarte Hond is responsible for formulating the spatial framework for this vision. Based on the vision, the station area will become an important link in the SchieDistrict. The station area will be more accessible, more attractive and safer for local residents, travellers and visitors.

The area around the station will change considerably over the coming years. The station area will play a central role in developing the city and keeping it accessible. Within the Schiedistrict, various spatial structures, which play a defining role in Schiedam, come together, and the station area is an important link in this.

The station area currently consists of several spatial barriers, mainly formed by bundles of infrastructure located on viaducts and embankments. There is no cohesion in the station area, neither on the east-west nor the north-south axis. Based on the new vision for the area, the city council is opting for a further transformation of the neighborhood on the south side of the station.

From efficient ‘transit machine’ to a vibrant urban station quarter

The aim of the assignment is to transform the Schiedam station area from an efficient transit machine into a vibrant urban station quarter. The four ambitions for the station area are:

1. Stimulating city life: a good relationship and interaction between buildings and public space is a precondition for urban street life.

3. Enabling the mobility transition: a new hierarchy in public space and mobility creates more space for pedestrians and cyclists, less space for cars.

4. Anchoring to the city: the station area optimally connects the surrounding neighborhoods and makes Schiedam stronger. 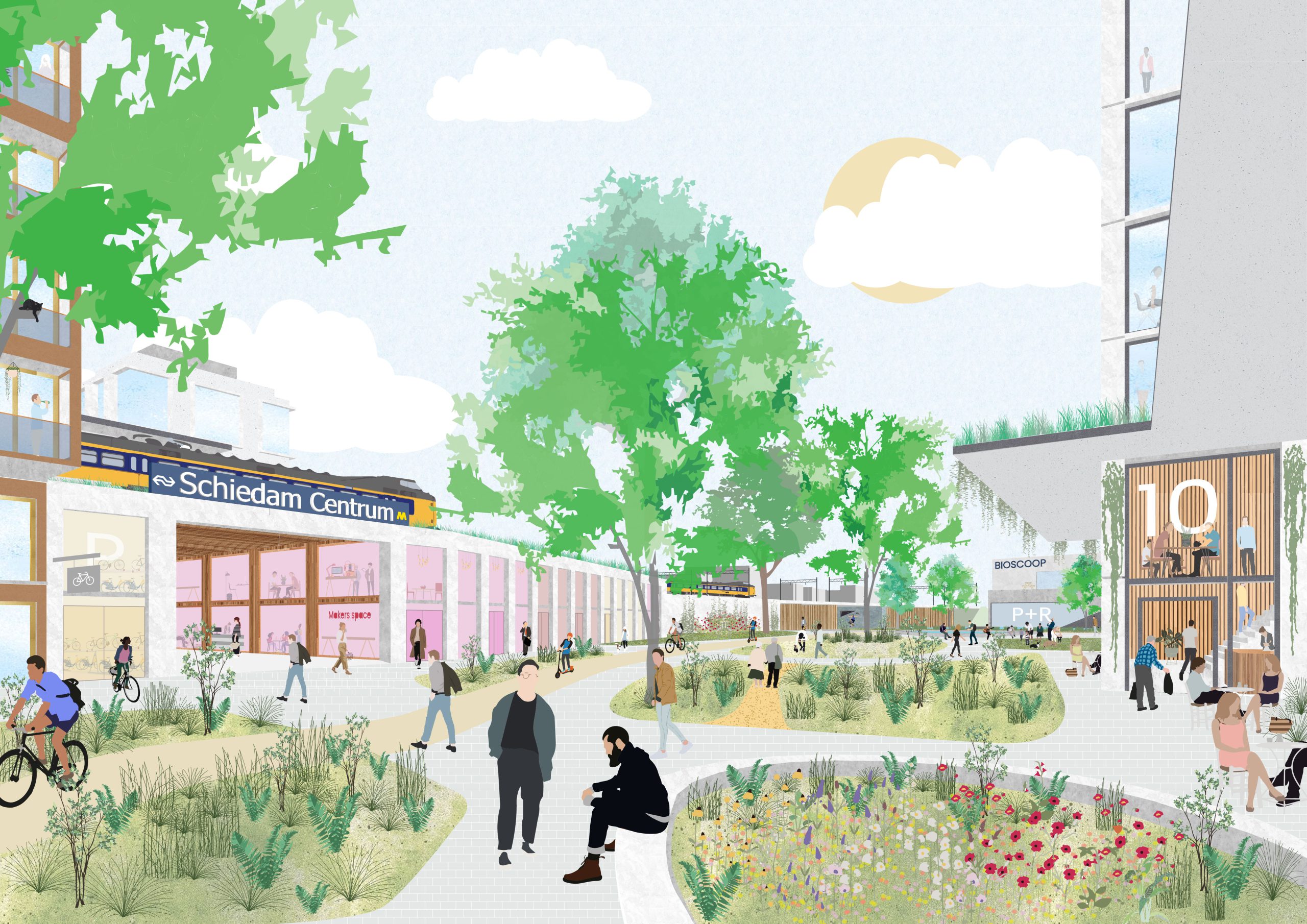