In 2019, the northern German city of Bremerhaven organised a competition for the redevelopment of its Werft dockland quarter. After a first round earlier this year, De Zwarte Hond and DELVA were selected for the final, together with the Danish agencies COBE and Adept. Based on our own experiences with the transformation of port areas in the Netherlands, we developed a strategy in which flexibility and feasibility go hand in hand. It was announced this week that the competition has been won by COBE, but that has no consequences for our enthusiasm in sharing our plan.

De Zwarte Hond and Delva’s plan, which goes under the motto ‘Wieder, Wieder, Weiter’, shows the power of a strategy based on a process of rediscovery, reuse and further development. Although the strategy has been developed for Bremerhaven’s Werft quarter, it could be applied much more widely.

During the first step, that of rediscovery, connections with the surrounding neighbourhoods are created and activities are developed at strategic places, so that the area can be placed on the mental map of city residents in a fresh way, through newly acquired experiences. During the second step, the existing structures (such as distinctive buildings, the harbour basins and former railway lines in Bremerhaven) are reused as much as possible and given a new identity. Finally, further development will follow, filling in the framework with increasingly larger investments and new buildings.

The strength of this strategy is that it combines flexibility with feasibility and sustainability. It provides a framework that can develop step-by-step and can accommodate a variety of work and living functions at its own pace, depending on demand and with the existing city as a starting point. The credo is that the city is never finished, but always ready for use. This is a smart approach for Bremerhaven, because pressure on real estate there is low. Our proposed plan will always work well, regardless of uncertain housing figures.

The plan by De Zwarte Hond and DELVA provides for the development of four sub-areas around the various harbour basins in the Werft area. Each of these sub-areas will have its own character and mix of functions: the Innovation Dock, the Leisure Dock, the Fishing Dock and the Dock Park. The best of the city, landscape and port are combined here to create a unique living and working environment in a historic context. The plan thus provides an attractive picture of what is possible through the application of this development strategy. 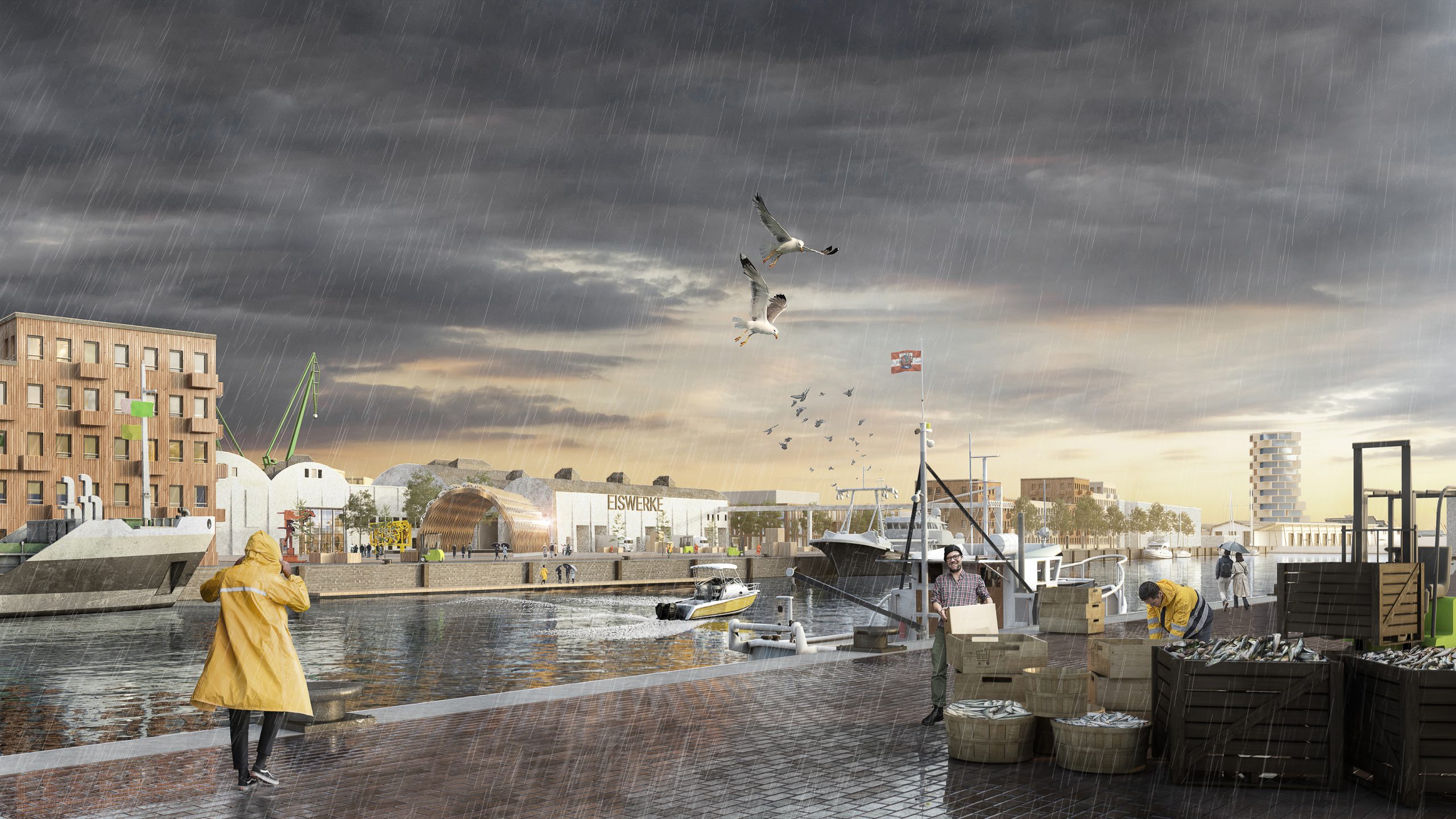