On the edge of Dwingeloo, a village in Drente (the Netherlands), two primary schools, a library and a children’s day-care centre share one building: De Twingel - a broad-based, multi-functional community school. The brick construction has four roofs with large chimneys and wooden “coal bunkers” against the outer wall, a reference to the impressive, historic farms in the surrounding area. Because of this the relatively large building complements the scale of the village. But appearances can be deceptive, the chimneys contain the ventilation systems so that each classroom can control its own supply of fresh air and the coal bunkers turn out to be storage spaces for the outdoor toys. The side of the building holds its own surprise when, instead of brick, a wooden façade with playful red accents captures our attention. Contrary to what one might first think the users are not accommodated separately – each under their own roof. The school is situated in a municipality with a declining population, pupil numbers are slowly declining and the building design takes this fully into account. In the heart of the building there are a number of multifunctional areas that both schools can use as classrooms, but also as meeting rooms or playrooms, or that can be let to third parties in the future. A paediatric physiotherapy practice and consultancy were so enthusiastic about the new facility in De Twingel that they decided to rent space immediately. 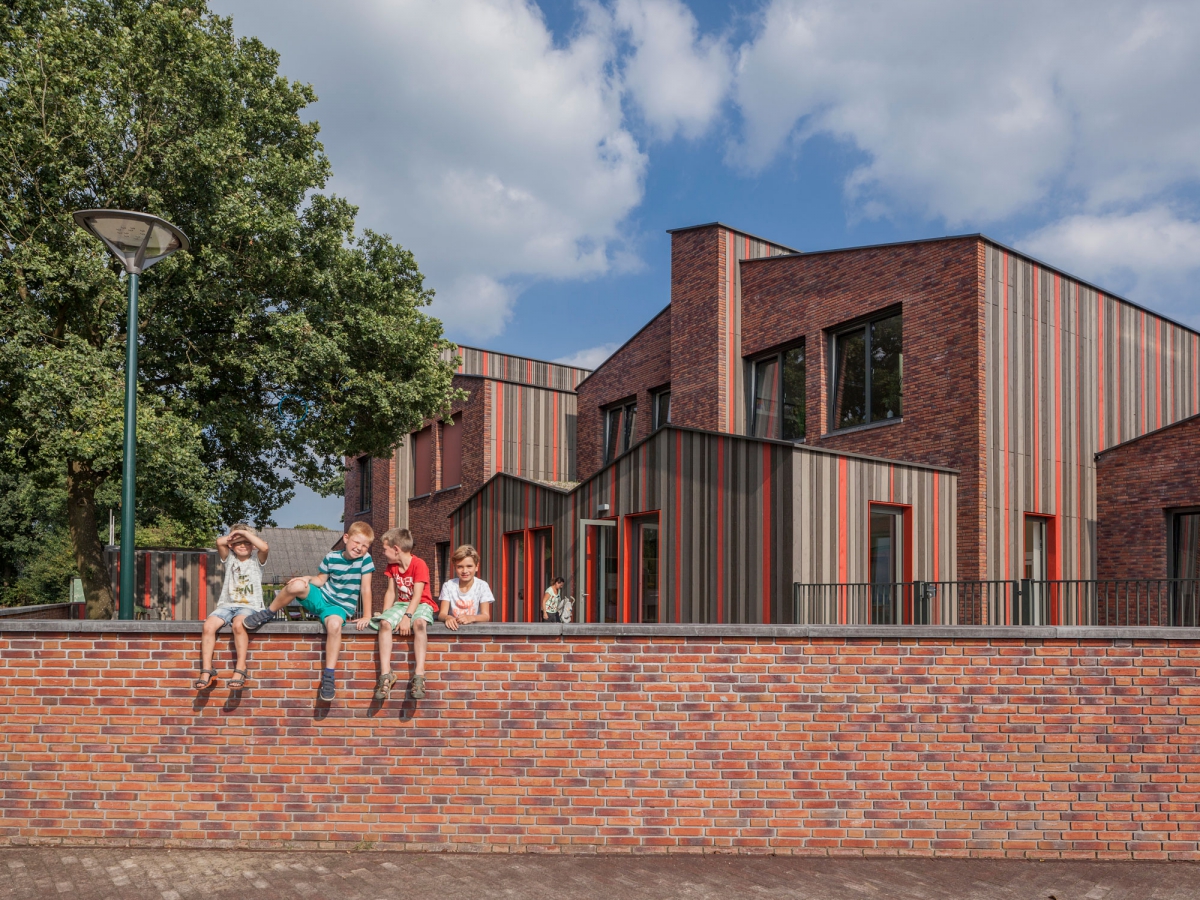