The De Zwarte Hond + FELiXX team has designed an integrated urban development concept for the municipality of Alpen (Germany). Their concept won the competition organised by the municipality in 2016. The initial work for the redevelopment of the central square facing the town hall, begins next year.

The municipality of Alpen on the Lower Rhine (population 12,700), like many villages and small towns, is facing the challenges of rural depopulation and demographic displacement. in 2016 Alpen organised an urban development competition in order to tempt the residents to remain. During a participation process with various workshops and presentations, an integrated urban development concept was formulated – in dialogue with the residents. Of the six competing teams the concept presented by FELiXX + De Zwarte Hond was the most convincing. This concept comprises a modular system of small and medium measures that can be implemented gradually as sub-projects.

More about the project 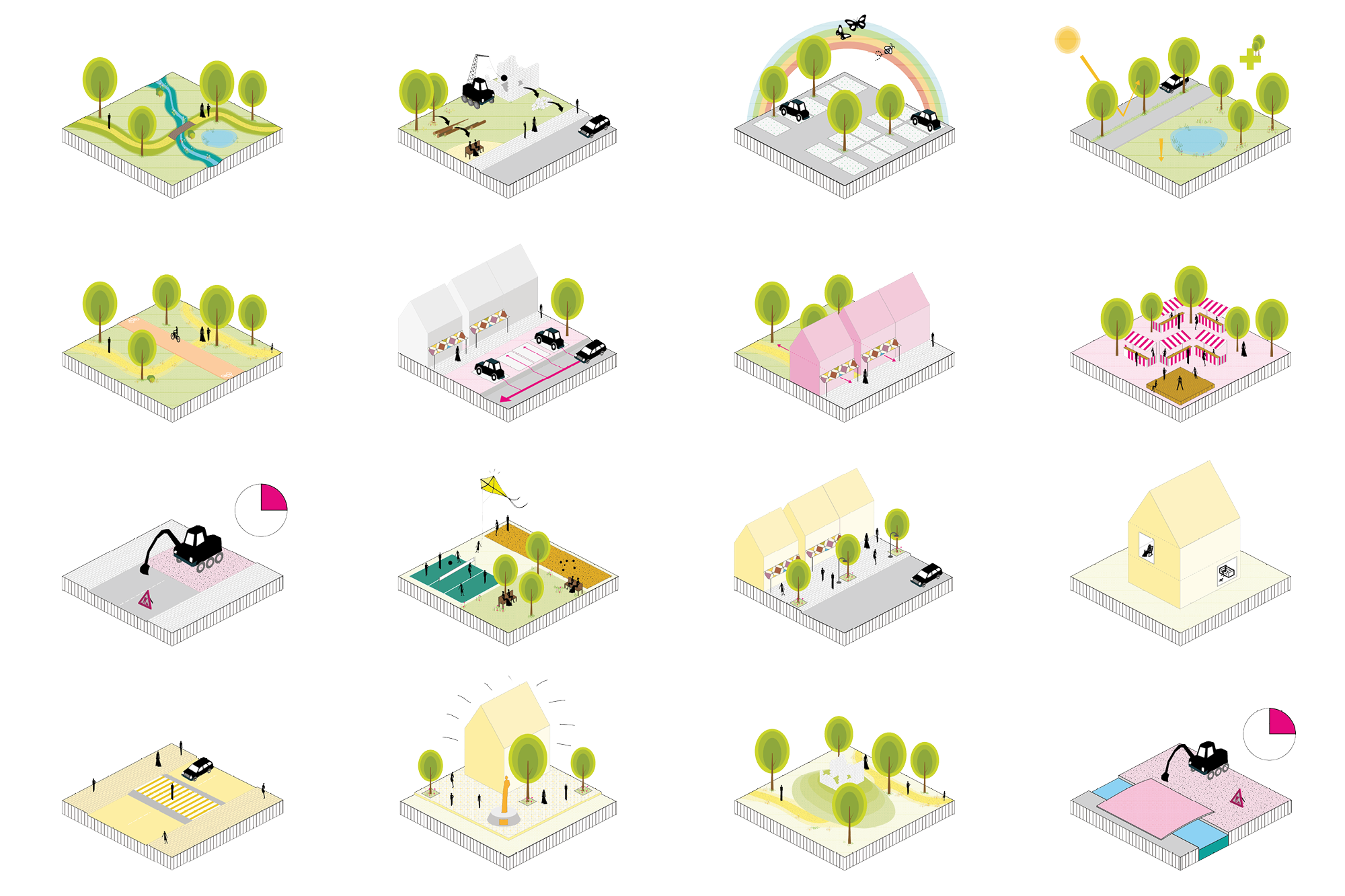