Jeroen de Willigen, director of De Zwarte Hond, was one of the speakers during an Urban Meeting of the International Architecture Biennale Rotterdam (IABR) held on 10 March 2016. The meeting was held in the Energy Barn in Groningen and included a sneak preview of the most important results of Projectatelier Groningen, one of the IABR’s research & development projects. Projectatelier Groningen focuses on energy transition, the switch from fossil fuels to fully sustainable sources of energy such as solar and wind energy. The energy transition is not only a challenge, but also an opportunity for the economic and spatial development of the Groningen region. The aim is to achieve the energy transition ? both in Groningen and in the province – by 2035.

At the Energy Barn venue, Groningen was presented as the axis in “Nordic City”, a regional urban and sustainable energy network.Nordic City is connected to the Eemshaven energy hub. The wind provides the energy for the area, supplemented with solar energy and the use of ambient heat and geothermal energy. The ring road – so important for the city of Groningen– forms an ingenious urban energy system with heat hubs and buffer vessels that ensure the distribution and balancing of the wide range of energy sources, depending on living environment and typology. Below ground, the ring road functions as an energy network, whereby the sustainable heat and electricity is spread and distributed according to what the living environment and development allow. Above ground, the barrier of the ring road is transformed into an urban boulevard, where the traffic system is geared to pedestrians, cyclists, e-bikes, electric cars and a light rail, leading to a cleaner and quieter living environment. A new, mixed urban environment is created, with space for housing, employment and amenities. As a result, the surrounding urban districts and green structures are better connected to each other and to the centre via the ring road.

Projectatelier Groningen is a collaboration between the IABR and the province of Groningen, the municipality of Groningen, the Eemsdelta Region and the Groningen-Assen Region. Jandirk Hoekstra (H+N+S Landschapsarchitecten) is the Atelier Master. There are also studios in Rotterdam, Utrecht and Brussels. De Zwarte Hond partner Daan Zandbelt is involved in Projectatelier Rotterdam.

The seventh edition of the International Architecture Biennale Rotterdam starts on 23 April 2016. 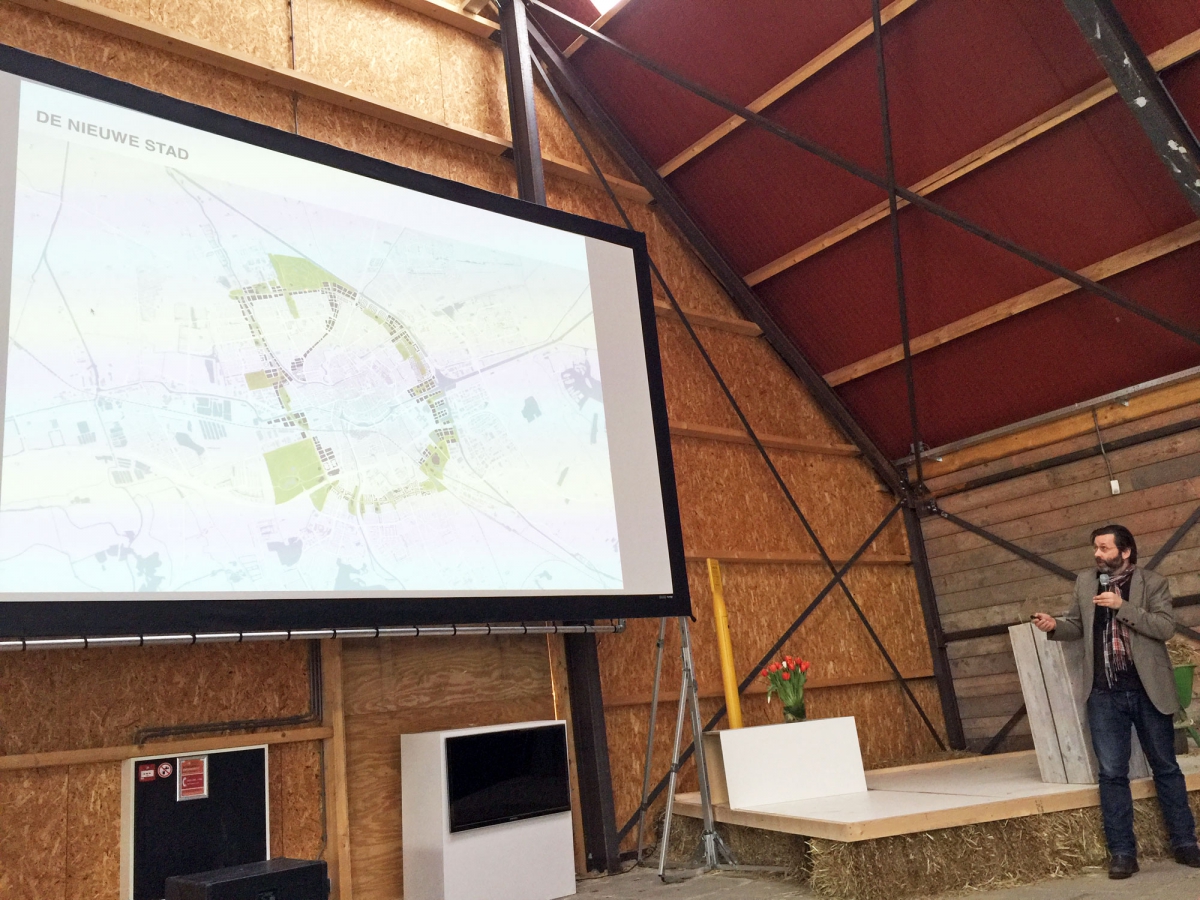