De Zwarte Hond designs the gateway to the Liebigstrasse in Cologne

New levels will be added on top of two existing triangular blocks at the Nippes S-Bahn station in the north of Cologne. In addition, two gaps between the blocks, which date from the 1960s, will be filled in with new construction. Vonovia, one of the largest German real estate companies, was looking for an urban development and architectural concept for the 1.1 ha site on both sides of Liebigstrasse. At the end of August, De Zwarte Hond’s design won the selection for the realisation of the project.

In total, about 60 new homes will be built, half in the new construction, the other half in the vertically extended volumes. While the focus of the new building is on wheelchair-accessible and family-friendly apartments, the loft-like extensions should provide an exclusive housing offering that will attract new target groups to the Liebigstrasse. These special extensions are modular in design and they will transform the present gable roofs into a playful rooftop landscape. Large new windows offer views of the city and the sky. Together with the colourful façades of the blocks, this rooftop landscape will add character to the transformation of the Liebigstrasse, which will continue in the coming years with other projects, giving the street a new look. By cutting off a corner of one of the blocks at the S-Bahn with the new building, a neighbourhood square is created to accommodate public life. In the plinths, there is space for commercial facilities.

The high noise levels of the street façades determined the design of the floor plans of both the new levels and the new buildings. Service areas are on the busy side of the street, while the bedrooms are always oriented towards the courtyards. In the rather noisy environment, the quiet communal courtyards can be used as meeting places for the residents. The focus is on the quality of life, which must have something to offer for young and old. There is space for urban gardening and a large children’s playground. There are also water retention and infiltration areas, because in order to save weight when increasing volumes, the use of green roofs has been abandoned. The rainwater so collected will benefit plants and help to combat heat stress.

Construction work is scheduled to start in 2022. 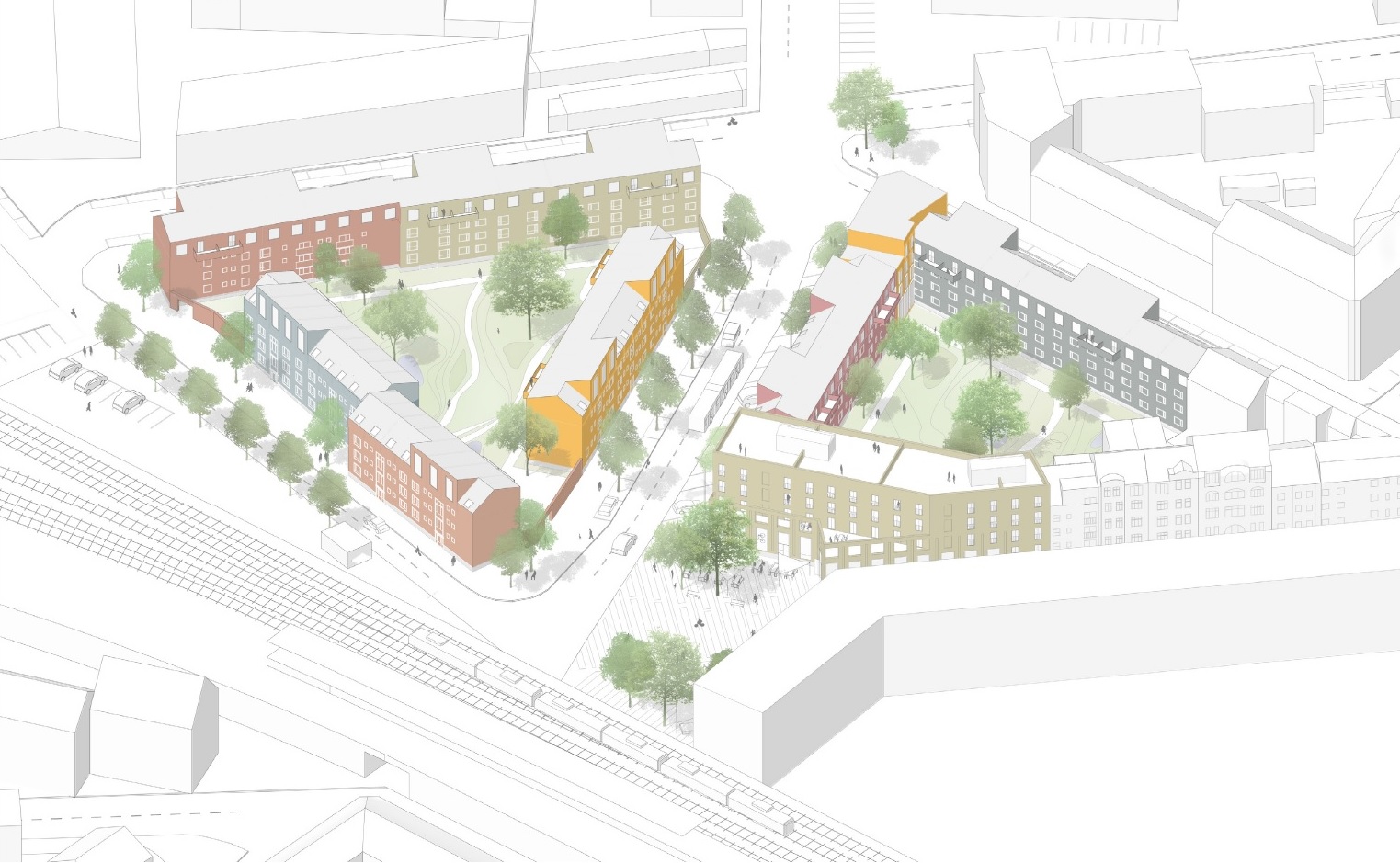