More Than Living in Delfzijl

Over the next two years, a special apartment complex will be built in the centre of Delfzijl. De Zwarte Hond was commissioned by Rottinghuis to create the design for Wonen met een Plus (Living with a Plus). The complex comprises 70 rental apartments and eight owner-occupied homes and is characterized by the proximity of all facilities for pleasant living.

During the post-war reconstruction period, the centre of gravity of housing and other functions shifted outside the centre of the city – with the costly consequence that the maritime character of the city disappeared, and in the centre retail and living came under huge pressure. In 2017, the demolition team arrived at the Vennenflat. This block of flats was not only the figurehead of the reconstruction period, but also a blockage in the sightline and connection linking the city and port. A new residential service zone with shops, houses and care facilities was planned for the site.

De Zwarte Hond’s proposal for this was the Wonen met een Plus plan. In this plan, housing, retail and care are brought closer to the centre of the city, and not to the former location of the Vennenflat. Because the site of this plan has been moved to the centre, this also requires a new typology. In addition to architecture, the new Wonen met een Plus must also seamlessly connect with the existing centre and future new construction plans in terms of programme.

In addition to the Wonen met een Plus plan, more has been gradually added to the programme. This now includes the new culture cluster, and in particular the De Molenberg theatre. This goal is the same: to bring back more functions to the city centre and to enhance its liveliness. That’s why Molenberg culture cluster can be mentioned in the same breath as Wonen met een Plus. The most important thing about this new housing development is to create a heart for the new residents. This is achieved through a carefully landscaped roof garden where people can come together. Not only does a roof garden facilitate social exhange, but it also fits within a climate-adaptive policy. The city centre has had a hard time for a long period. By moving the housing assignment to the city’s core, the realization of this project will breathe new life into the centre. 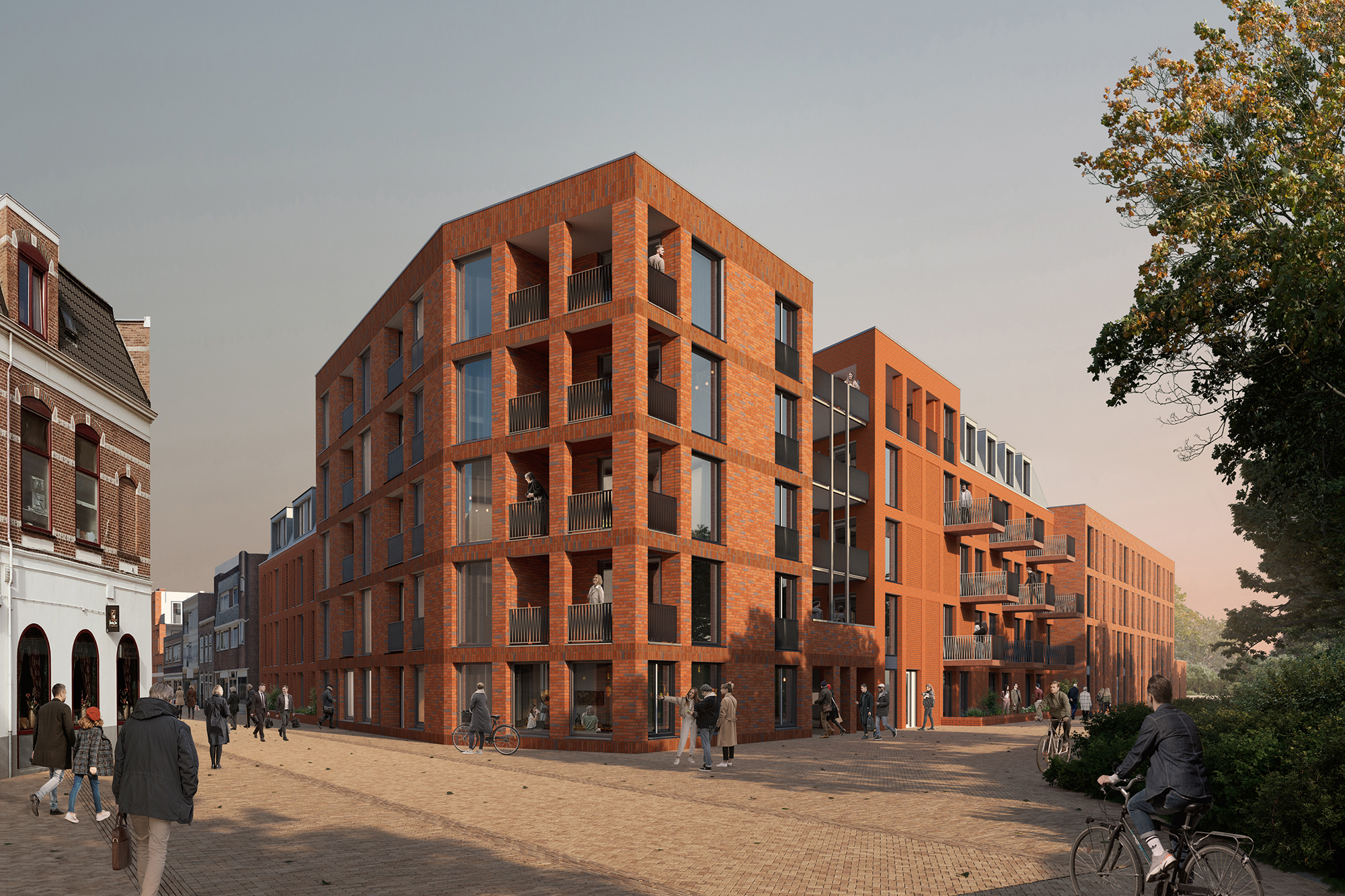